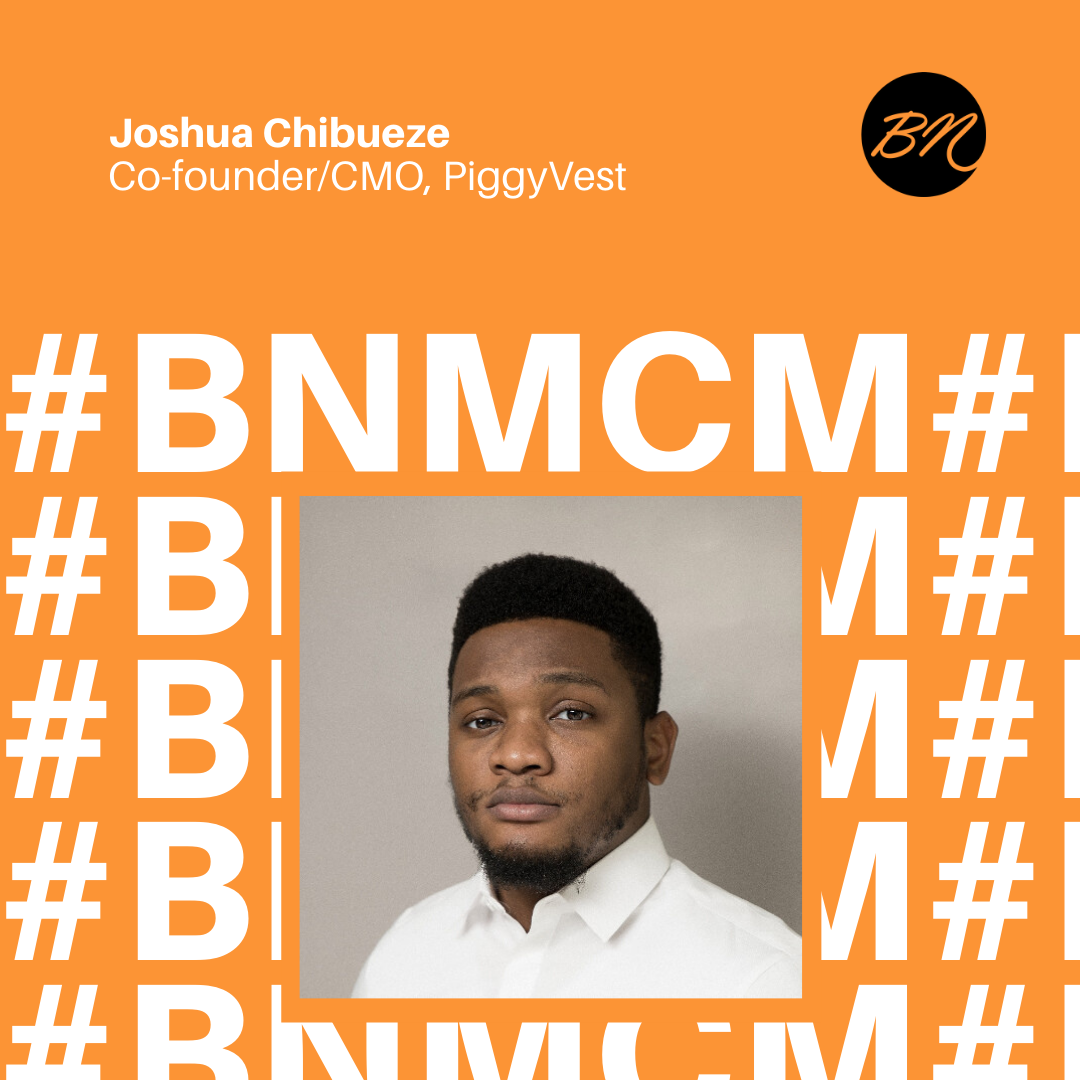 For our #BellaNaijaMCM feature this week, we celebrate Joshua Chibueze, a tech entrepreneur who is blazing the trail in the Nigerian fin(tech) space with PiggyVest.

Joshua, Odunayo, and Somto then went on to set up PiggyBank.ng (now PiggyVest), in 2016, following a social media post where a woman said she kept a “kolo” (piggybank) where she was putting money into everyday.

Joshua saw this, and decided to see if they can digitise the concept. They spoke to their Push CV users about how else they can help them, and savings was the top choice.

By this time, Push CV was already profitable and this new idea might be the next big thing.

Indeed it was! They launched that same year with a mission “to give everyone the power to better manage and grow their own finances” and the reception was impressive. By the end of that year, users had saved N26m, and when the following year (2017) was ending, users had saved close to N1bn.

Piggybank.ng later moved from being just a savings platform, to a savings and investment platform, promising over 25% ROI to users as well as 10% – 15.5% interests on savings. PiggyVest “helps you stop excessive spending by allowing you save and invest money you would normally be tempted to spend,” the company says on its website.

In 2018, PiggyVest (then Piggybank.ng) raised $1.1m in funding from almost exclusively Nigerian investors. PiggyVest now has over 350,000 users, who it says save and invest billions of Naira every month.

We celebrate Joshua for his hard-work and for putting his ideas to work, delivering value to Nigerians, especially millennials like him.