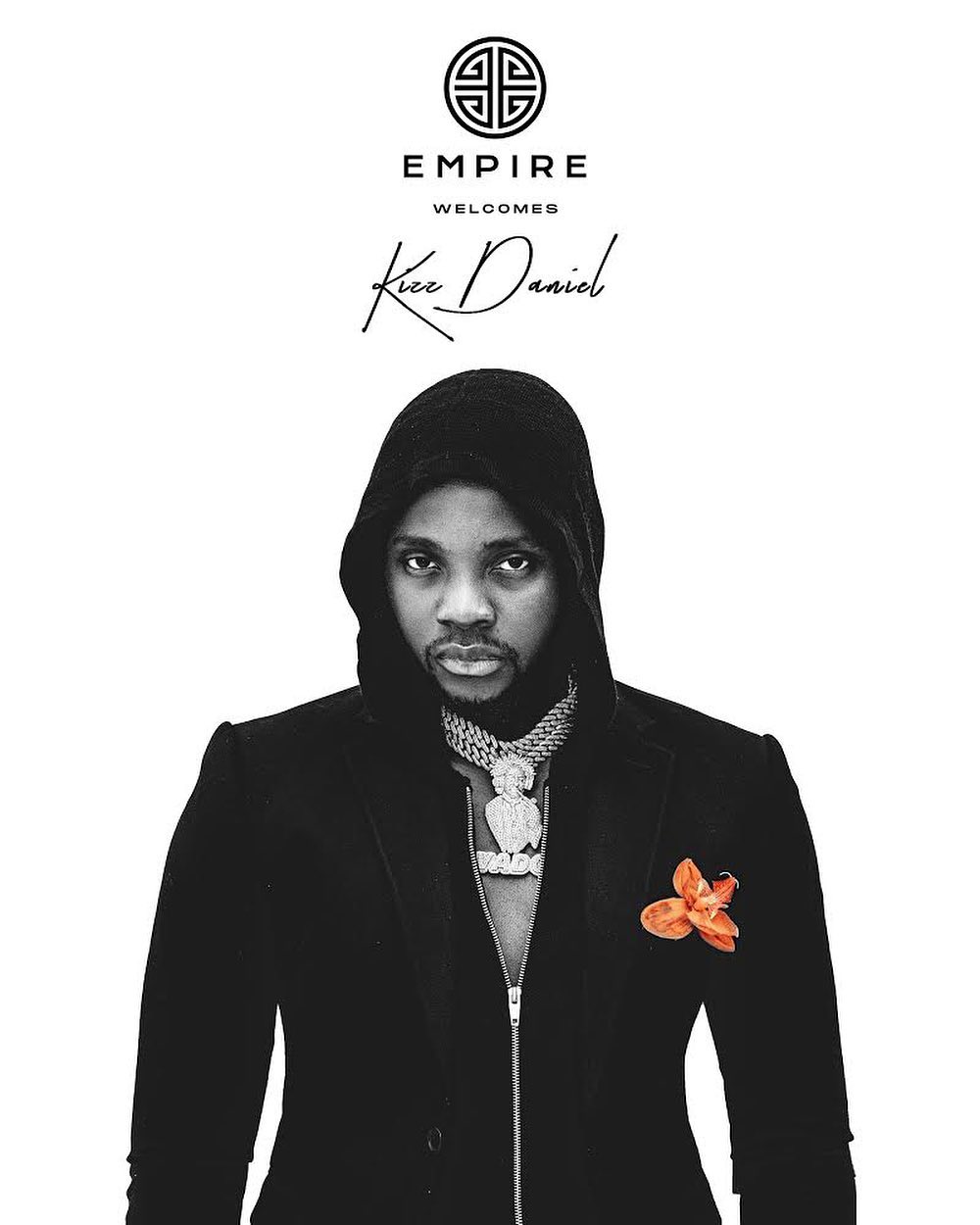 Flyboi INC general, Kizz Daniel has made a major move with the new collaborative deal with American record label and publishing company, EMPIRE, one week to release his project, “King Of Love“.

The news was announced by Empire on social media. They wrote: