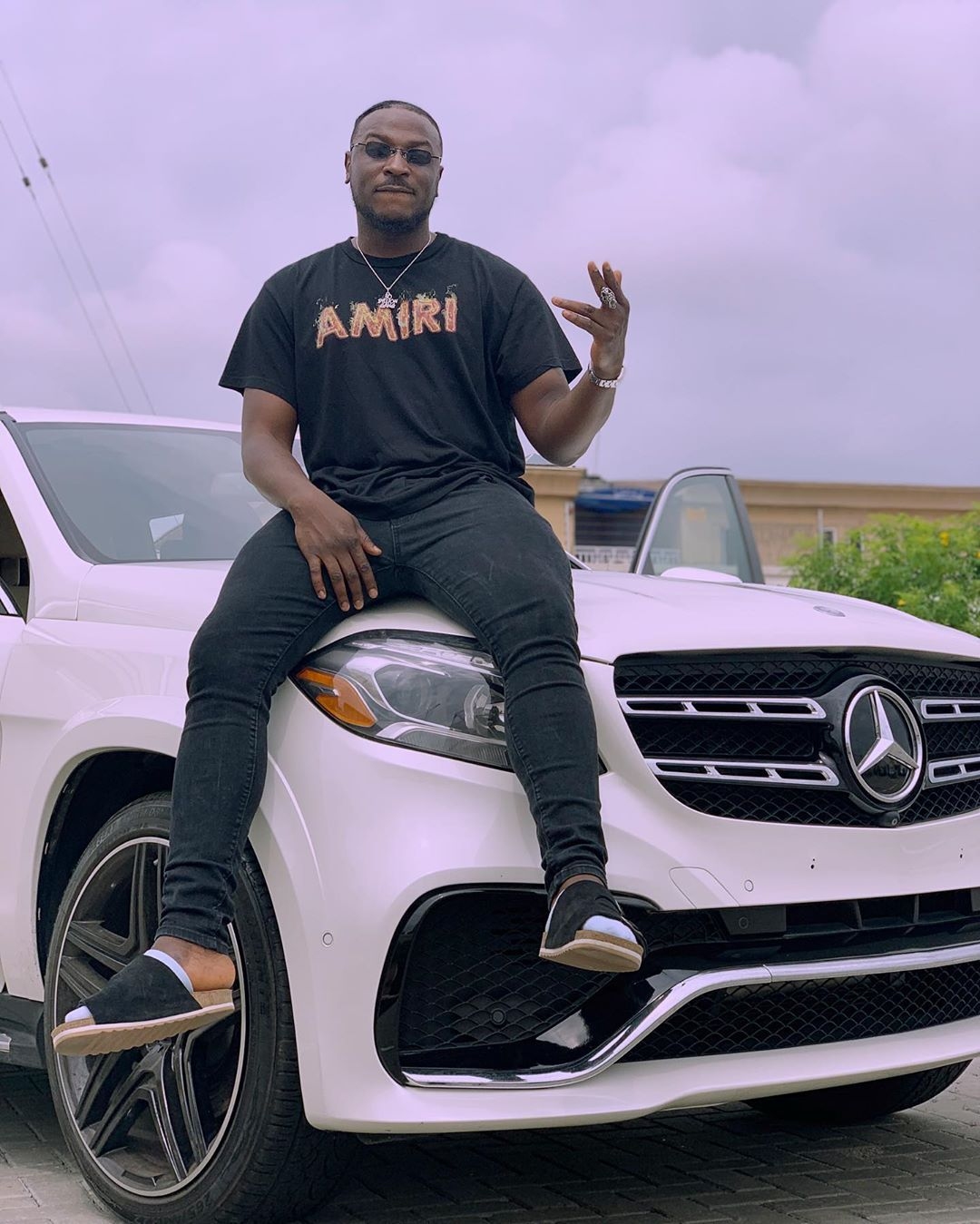 By now you are aware of the Peruzzi’s distasteful tweets about raping women/encouraging rape, and rape allegations. If you are not aware, click here to read a bit of background into the story.

After being called out, Peruzzi has now released a statement in response to the allegations against him, and he also tendered an apology for his old tweets.

Peruzzi in his defense shared a post via his Instagram page on, where he refuted rape claims by his accuser. Talking about the distasteful old tweets, he said the tweets were irresponsible and ill-informed, he was younger and didn’t fully grasp the implications of making such statements, and they are neither a reflection of who I am then or now. 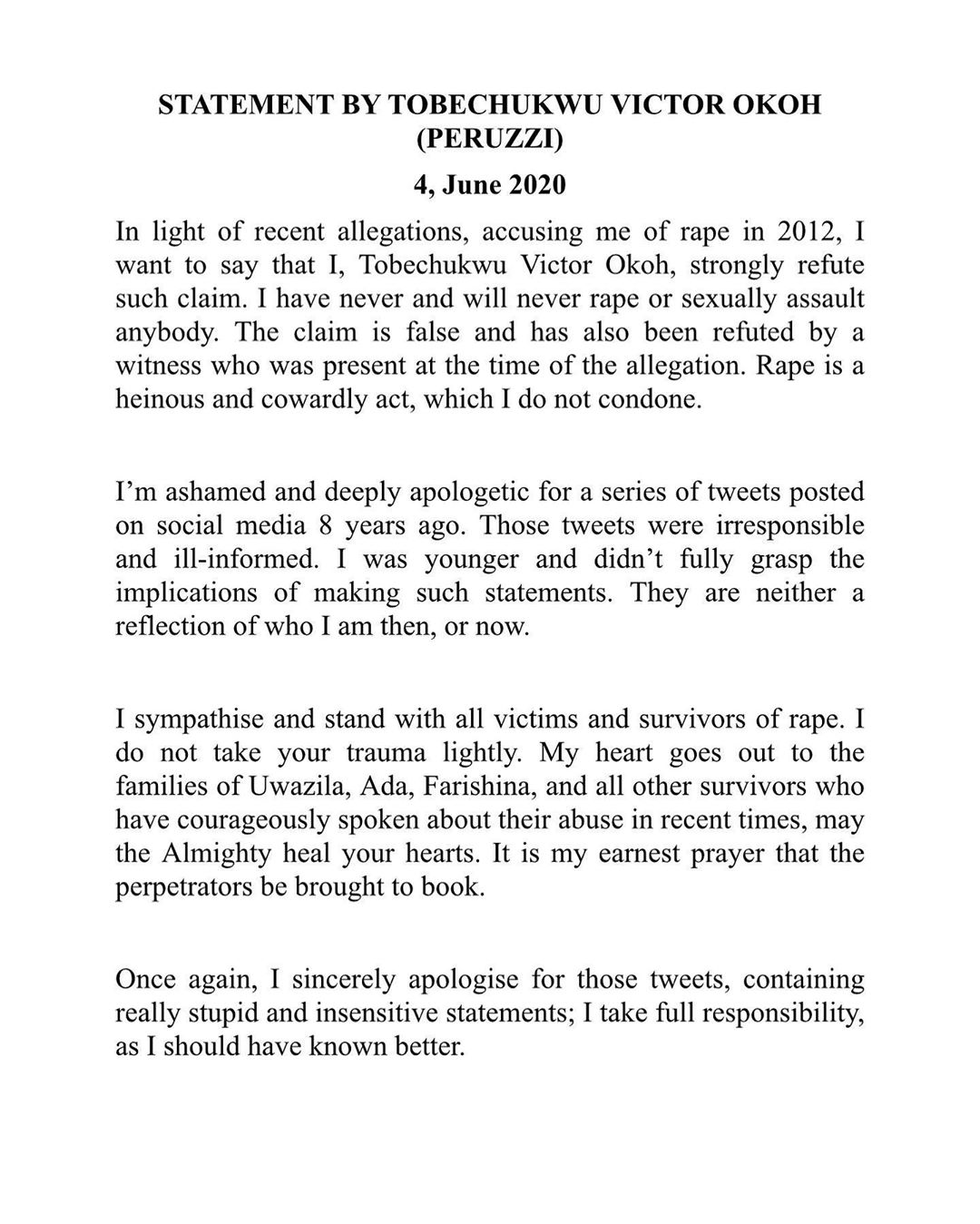