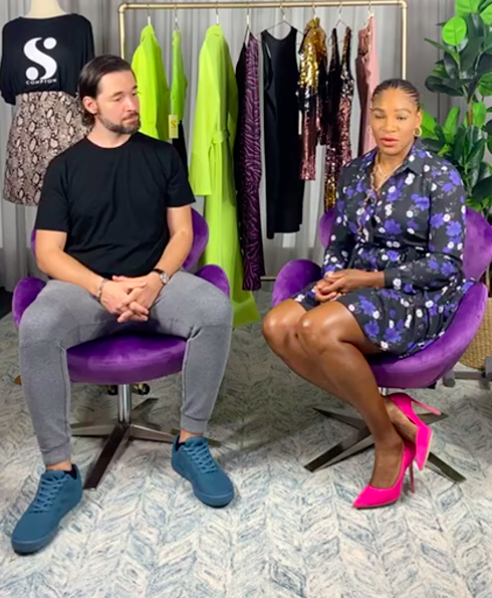 On Friday, June 5, Reddit co-founder Alexis Ohanian took a bold step to support the black community. In the video he uploaded to his Instagram page, he announced his resignation from the company’s board and encouraged his colleagues to hire a black candidate to replace him.

Over the weekend, Serena Williams interviewed Alexis during her weekly ‘Serena Saturdays’ Instagram live. The couple spoke about his decision to give up his spot on the Reddit board, and the tennis star spoke about dealing with racism all her life.

Serena addressed reports that she ‘forced’ her husband in making the decision. She said they spoke about the idea but it was all Alexis’ decision to give up his position and gains.

We talked about it a little bit and I remember telling you, “This is your decision to make ultimately.” Whatever you do I’m going to support you. This is not my decision to make, this is up to you. This is all Alexis, which is really cool. A lot of people might think I told you to do something, or that I forced you, or that I was in your ear, have you heard that? He doesn’t listen to me ever.

Talking about his experiences with race, Alexis revealed how being married to a black woman has allowed him to confront his white privilege, which at times has been uncomfortable.

We’ll be continuing to share ‘S’ stories here and on @serena, and this #SerenaSaturday our ‘S’ stands for starting a conversation (with @alexisohanian).