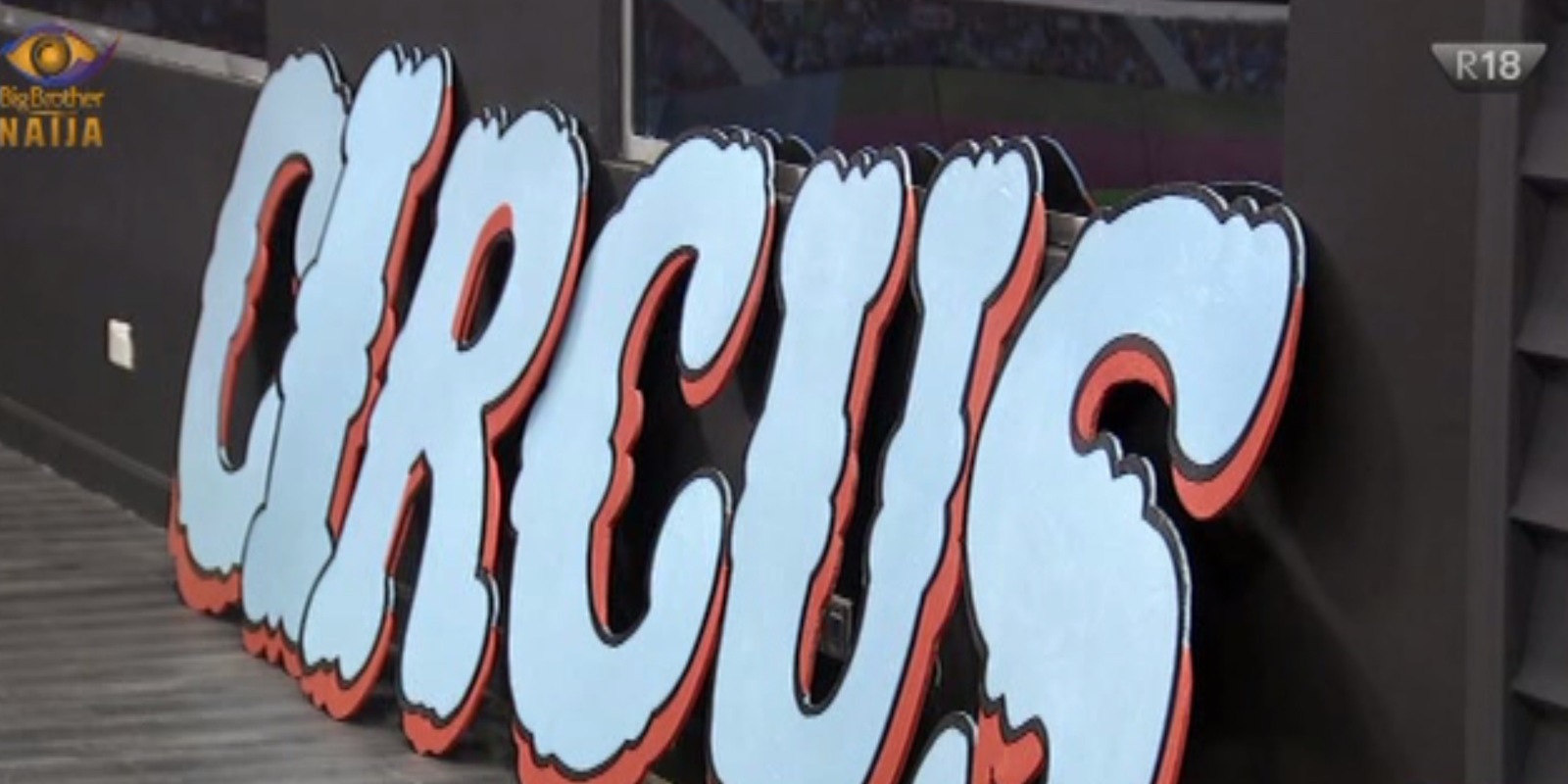 For another opportunity to double their current BB Naira (which currently stands at 810 BB Naira), Biggie tasked the Housemates to a circus show in this week’s Wager Task.

As a House, they were tasked to work together and develop an array of entertaining performances. So what did Biggie expect from this circus? A group of entertainers with an outstanding showcase. Be it magic tricks, juggling tricks, acrobatic tricks or something as simple as singing.

From the magic card trick performance by Ozo to the juggling tricks by Tochi, acrobatics and other entertaining acts, feed your eyes on this wonderful presentation by the Lockdown geng. But was this good enough for a win…

Be your own judge

Before giving his final verdict, Biggie asked the HoH Lucy, Praise, Vee and Deputy Head of House to judge the House’s show tonight.

Of course, they encouraged themselves and gave their presentation a solid pass. But was Biggie convinced? 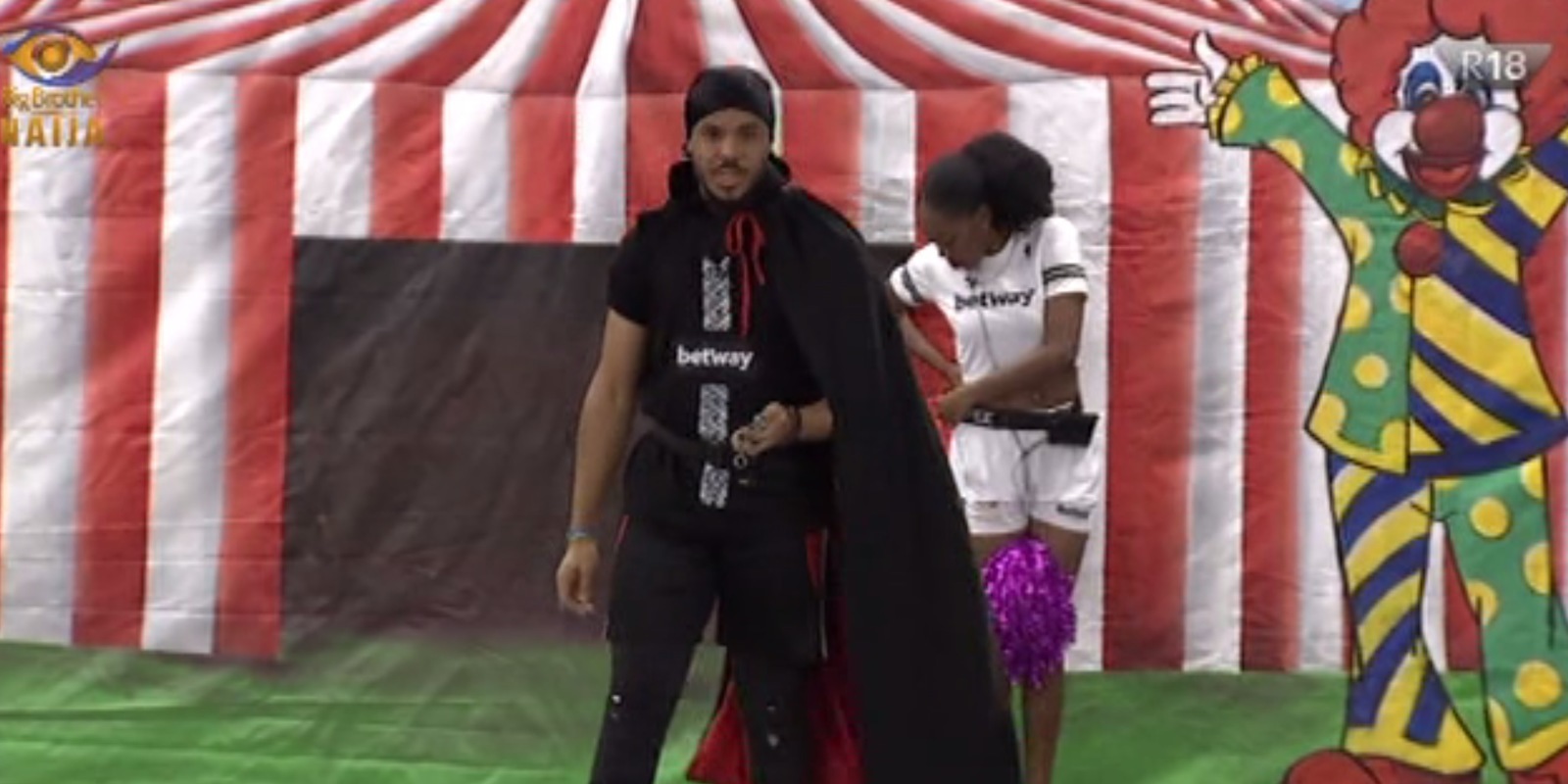 For their outstanding acts in tonight’s presentation, Biggie awarded Praise and Vee 20 BB Naira each. Unfortunately, Neo’s reward was taken back from him because he faulted in following Biggie’s House rules.

Speaking of not following Biggie’s rules, these Housemates were called out for being on this table: Nengi, Neo and Laycon for the offence of whispering in hush tones.

Although Biggie found their Wager presentation interesting, he didn’t think they deserved a Wager win because they keep flouting his House rules.

On this note, their current Betway wallet still stands at 810 BB Naira.

Seeing that they have lost their Wager twice in a row, will the Housemates sit up next week and start taking Biggie’s Tasks and House rules seriously? 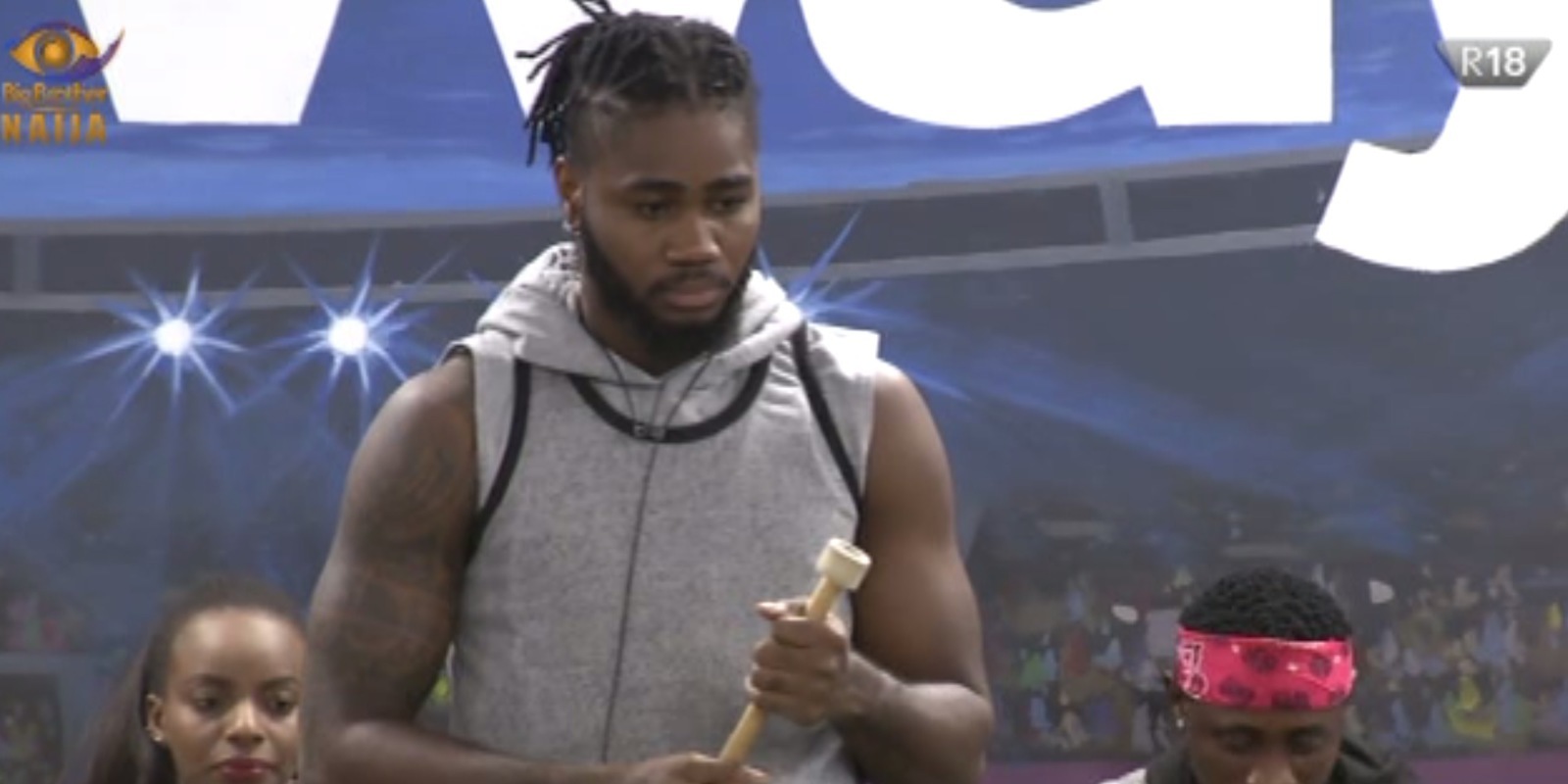 The Kumbaya flames are fast evaporating from the Big Brother Naija and the Housemates are finally realising they have a game to play.

Nothing threatens a unified front other than the realisation that survival is dependent on another not surviving. Once they realise this truth, the crack in the wall becomes noticeable and from then on, their unity suffers. The Housemates are beginning to witness this crack.

Although they do a good job of hiding it, the Housemates have started to feel the pressure of possible Eviction this Sunday. “It’s getting to me and it’s scary when I think of it,” Praise said while talking to Vee. He proffered that best move was to just to enjoy your time in the House, “be free and be yourself”. Game strategies were also discussed with Praise affirming that as long as you are in the House, you are either playing or you are being played.

Wathoni is on a mission – a mission to shake ships and bring tables. “Me, I’m just here for the fun, and If I end up breaking tables, well, for the fun of it,” she said as she declared her newfound intention. She did recognize that there were some tables she couldn’t touch that included Neo and Vee, a ship Tolanibaj referred to as a no go area. She also has a soft spot for Eric and Lilo, a ship she claimed she liked. This leaves her with just Erica and Kiddwaya. Maybe, they were her real target from the get-go seeing as she obviously has a thing for Kiddwaya. She did also mention finding Prince cool. Maybe she might finally find a replacement for Kiddwaya. 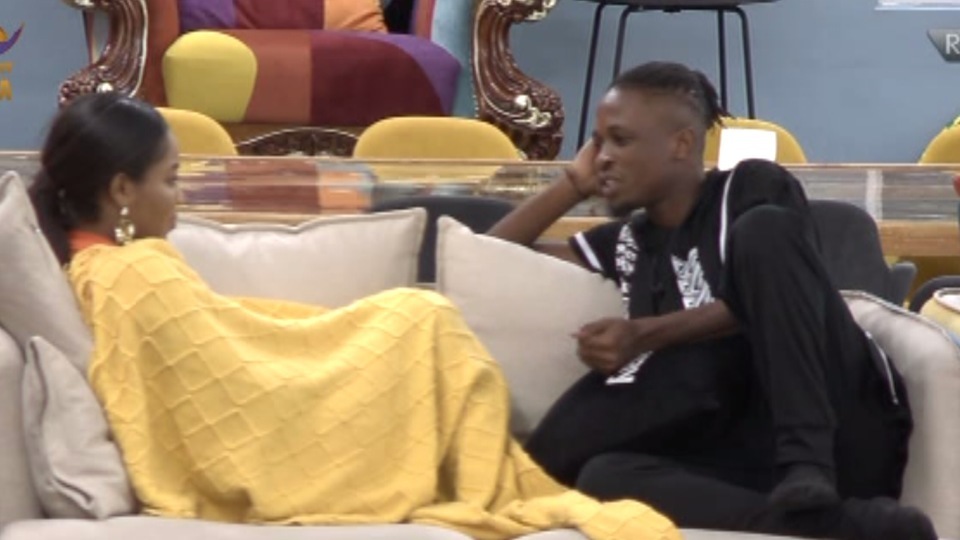 Erica is plagued by a heavy feeling of being surrounded by so many new people in the House and it seems to be affecting her energy. So heavy is this feeling that she is contemplating making her exit from the House. “I feel like leaving and at the same time, I don’t want to go, I need it for my career,” she said.

Her inability to adjust to some of the Housemates and be far from her comfort zone and the circle has her in quite a sober mood. “I am just bored of everyone here or maybe I’m not just good with people as I thought,” she lamented. The constant “Erica, are you okay?” is beginning to get to her and she fears she might lash out eventually or be plain rude just to get people to leave her alone.

Hopefully, the Housemates find a way to play this game without burning too many bridges.

Tochi is finding it hard to get along with the new boss while the other Housemates seem to be coming around.

After a turbulent start to the week and Lucy’s reign as HoH, there was a bit cohesion in the House this morning as each Housemate carried out their respective cleaning duties, but this wasn’t after Lucy had an altercation with Tochi about his role in cleaning the house this morning.

You are not the boss of me

Tochi doesn’t like being bossed around and he made his feelings known to the HoH after she pointed out where he was supposed to do during the morning cleaning exercise. “I don’t want you to tell me what to do… you can’t boss me around,” he said. To which Lucy responded, “do you realize I am the Head of the House and I can tell you where to clean?” An upset Tochi insisted he was going to do it his way and won’t be told what to do. “…Nobody should tell you what to do, but you don’t know what to do and you still don’t want to be told what to do,” Lucy responded. She believed there was more to Tochi’s behaviour that morning and went ahead to ask him exactly what his problem was.

Watch how it all went down

It’s been quite difficult getting Housemates to do as they are told as Lucy outrightly complained during her Diary session. She even went as far as asking Biggie to help enforce discipline in the House. She seems to be getting a hang of it now with most of the Housemates being more cooperative.

Work with a bit of romance

The storm in Vee and Neo’s relationship appears to be calm for now as he called her endearing names while she swept. From praising how she swept to promising to follow her back to London, he kept it sweet and romantic all through. All seems well in their world.

Prince laundry habit has earned him the name, Mr Laundry Man and it’s not that kind of laundry. It’s actual clothes washing in this case. He was aptly named by Wathoni after she asked if he washed this often cause she sees him doing it every day.

It’s a typical morning in the House, but this is just the calm before the Wager Task storm tonight. All is at stake and the Housemates are gunning for a victory.

‘I don’t lead people on,’ Nengi

In a conversation with Tochi, Nengi answered the most asked question about her in the House and also talked about her current relationship status outside the House.

Khalil’s Mum has some reservations about Faa on this Episode of “MTV Shuga: Alone Together”