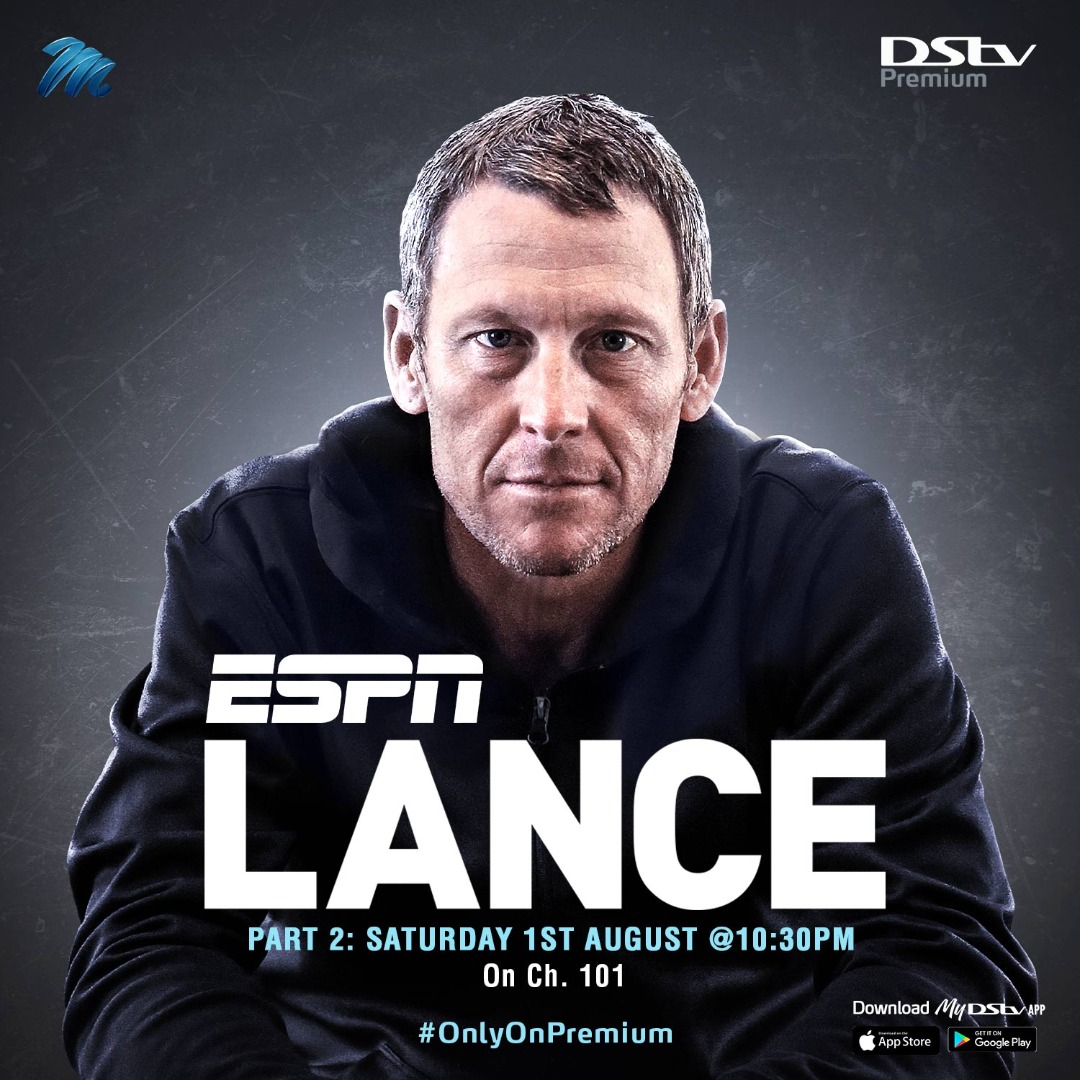 After its recent debut in the US, ‘LANCE’, the second part of the dramatic ESPN documentary on Lance Armstrong, will be broadcast on M-Net, channel 101 on DStv Premium, on Saturday, August 1, at 10:30 PM.

The sweeping “30 for 30” series will put the spotlight on Armstrong, still one of the most divisive figures in international sport, seven years after his dramatic doping confession on the Oprah Winfrey Show.

This documentary will be broadcast on Saturday, after another special addition to the M-Net 101 schedule, Beyoncé’s visual album, ‘Black Is King’.

Directed by Marina Zenovich (who has produced films on Robin Williams and Roman Polanski), LANCE explores Armstrong’s remarkable accomplishments and subsequent betrayals which led to his harrowing, and very public, fall from grace.

As Armstrong tells Zenovich, he isn’t there to tell her the truth. “I’m going to tell you my truth,” he pointedly stresses.

This attitude makes for at times uncomfortable viewing, reflecting a man still to come to terms with his downfall as a hero to millions.

“Lance [Armstrong] remains an iconic but divisive figure. I’m hoping that people will come to the film with an open mind,” said Zenovich. “He gave me unprecedented access to himself and his family for two years. In the end, the film, and Lance, speak for themselves.”

“I’m not a mass murderer,” Armstrong says at one point, an attempt at deflection that generally summarises his assessment of cycling’s greatest scandal.

Perhaps Zenovich’s supreme achievement is that she secured a vast array of actors in the Armstrong drama, from rivals and teammates too, remarkably, Armstrong’s stepfather, Terry Armstrong, who claims: “Lance would not be the champion he is today without me because I drove him. I drove him like an animal.”

As with all of ESPN’s award-winning “30 for 30” sports films, LANCE is powerful television that strips away fresh layers on a story that continues to captivate and infuriate.

For more information on this new exciting special, visit mnet.tv.

Award-winning Nollywood Actress, Sola Sobowale Narrates how she has Maintained her Physical Fitness over the Years