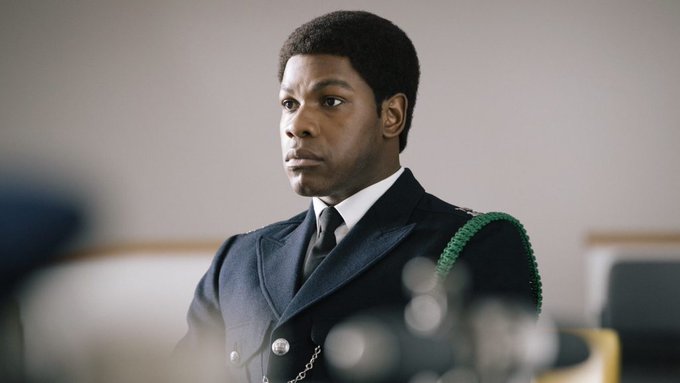 The actor will be portraying real-life Metropolitan Police officer Leroy Logan, who wanted to make a change within the force after his father got assaulted by two policemen in the episode titled “Red, White And Blue”. Logan was awarded an MBE by the Queen in 2001 for his role in developing anti-racist policies for the police. He retired as a superintendent in 2013 after 30 years of service.

He is also a former chairman and founder of the Black Police Association Charitable Trust.

Sharing a photo of himself in character as Logan on Instagram, Boyega wrote: “Had the joy of teaming up with Steve McQueen for his hotly-anticipated series Small Axe. Here’s a first look! Black British history will be televised!”.

Had the joy of teaming up with Steve McQueen for his hotly-anticipated series Small Axe. Here’s a first look! Black British history will be televised ! ??

The series which will drop on the BBC and Amazon later this year revolves around London’s West Indian community between the 1960s-1980s. It is said to be comprised of six parts that tell five different stories.