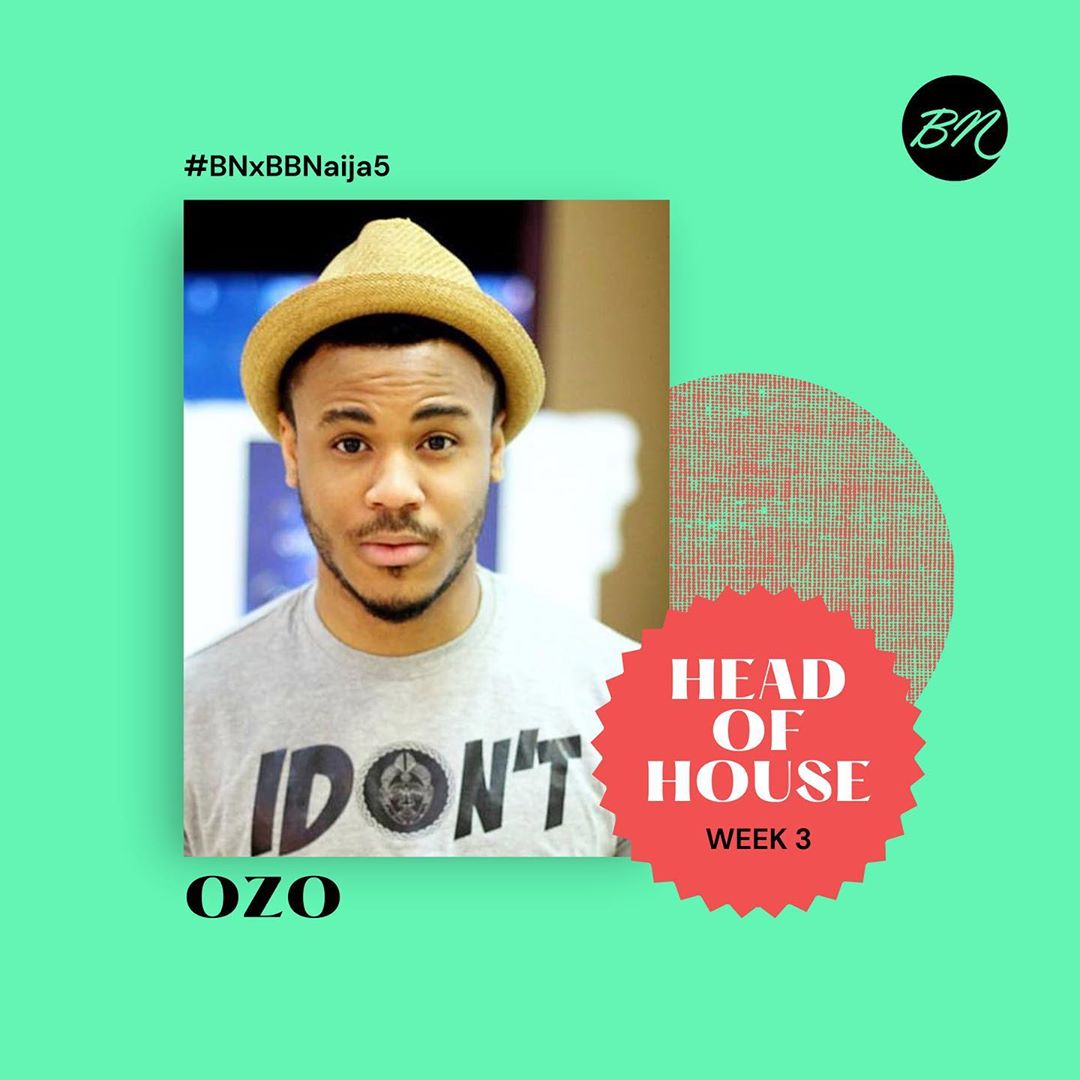 Another week and another Head of House Game. This time Ozo won and elected to have Dorathy as his Deputy.

Following the double Eviction this past Sunday, the Housemates have gained a greater respect for the importance of claiming the Head of House and being chosen as Deputy. This realisation was highlighted by the added effort they showed when trying to clinch the coveted position. The games so far have given every Housemate equal opportunity to win, and tonight was another great example of that. The game was similar to previous ones as it was a board game with the Housemate who progresses the farthest in One Minute and ten seconds of play being crowned the Head of House. To start the Housemates have to roll a 6, and once they got going the board was littered with stumbling blocks and obstacles depending on where they land. The obstacles ranged from simple things like a ring toss to difficult ones like scoring a ball in a hoop.

It seemed that the Head of House game was destined to go to Nengi who managed to score a very respectable 23. Tochi was close to eclipsing her after getting a 24, but since he didn’t manage to move his token on the board before the time ran out, his score stayed a paltry 15. 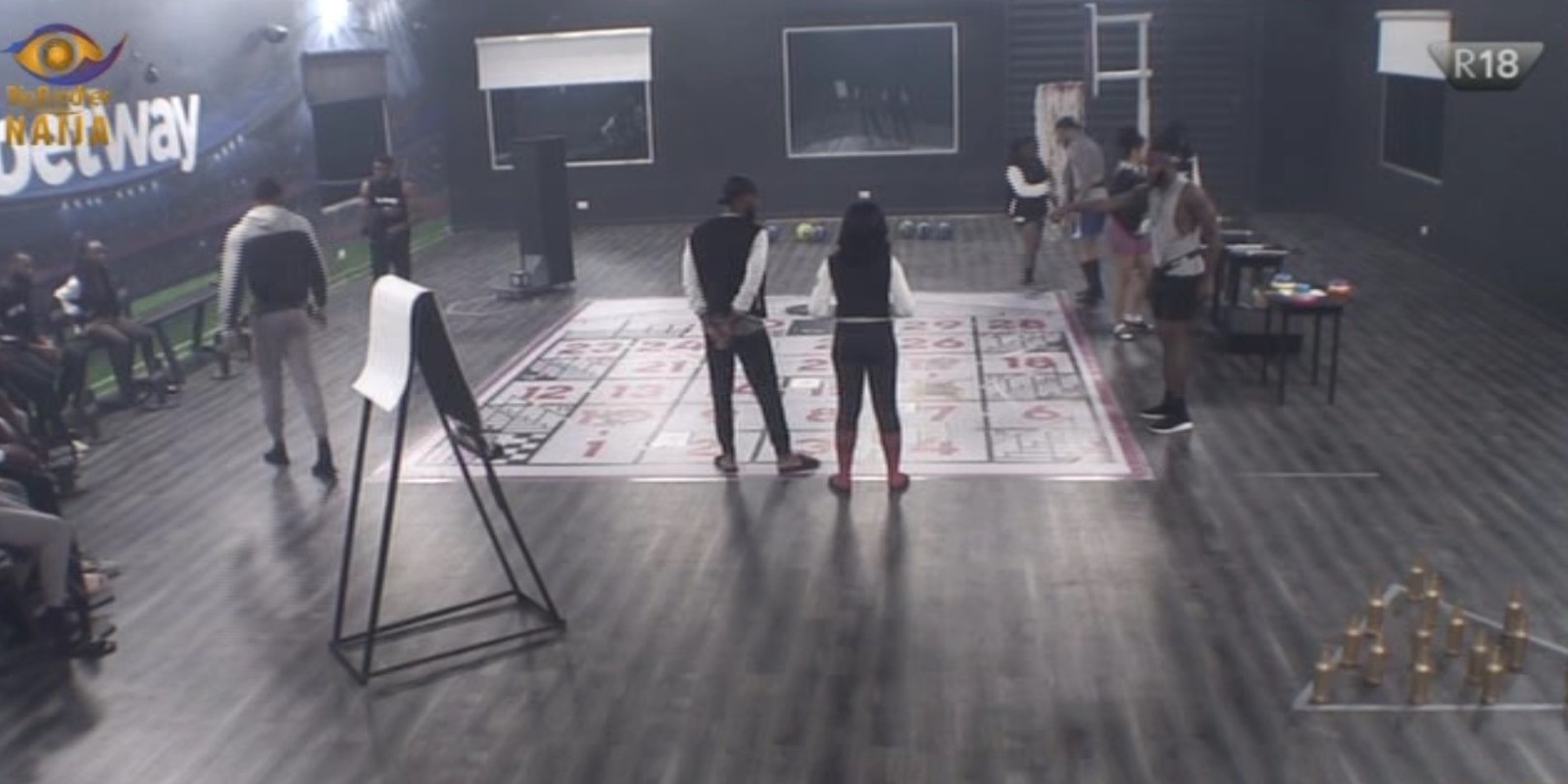 The Betway Challenge wasn’t without its fair share of drama with Laycon and Trikytee both scoring zero. Laycon got zero due to a hamstring injury causing him to not be able to play, while Trikytee learned that he can’t trick Biggie and was disqualified for his cheating.

The Housemate who best mastered the game was Ozo as he managed to finish the game in the allotted time and give anyone who was following him massive feat to overcome. After all the other Housemates had been given a chance to play, nobody could come close to his amazing effort which led Biggie to crown him the winner.

The only thing more difficult than the actual challenge for Ozo was choosing who he would have as his Deputy and when Biggie asked him about it, the agony was written all over his face. During his Diary Room Session with Biggie, he unsurprisingly chose Dorathy as his Deputy, which she accepted with all her fill chest.

Now let us see how he makes the most of his time in the Head of House because like all things in life, this honour too shall come to pass.

We Vote how we Vote

The day after the Housemates played a part in the voting, they tell us why they made their decisions.

As we all expected, the double-whammy from last night left our housemates a little shook, so today when Biggie called the Housemates into the Diary Room we knew to expect a mixed bag of personalities.

Lucy started off our diary session today admitting that she missed Ka3na a lot. She admitted that she voted for Lilo and Eric because she could not vote for Praise and Ka3na. After she cried because she feels lonely, Biggie encouraged her to develop new skills that will allow her to adapt, as a way of changing herself, rather than changing everyone else. 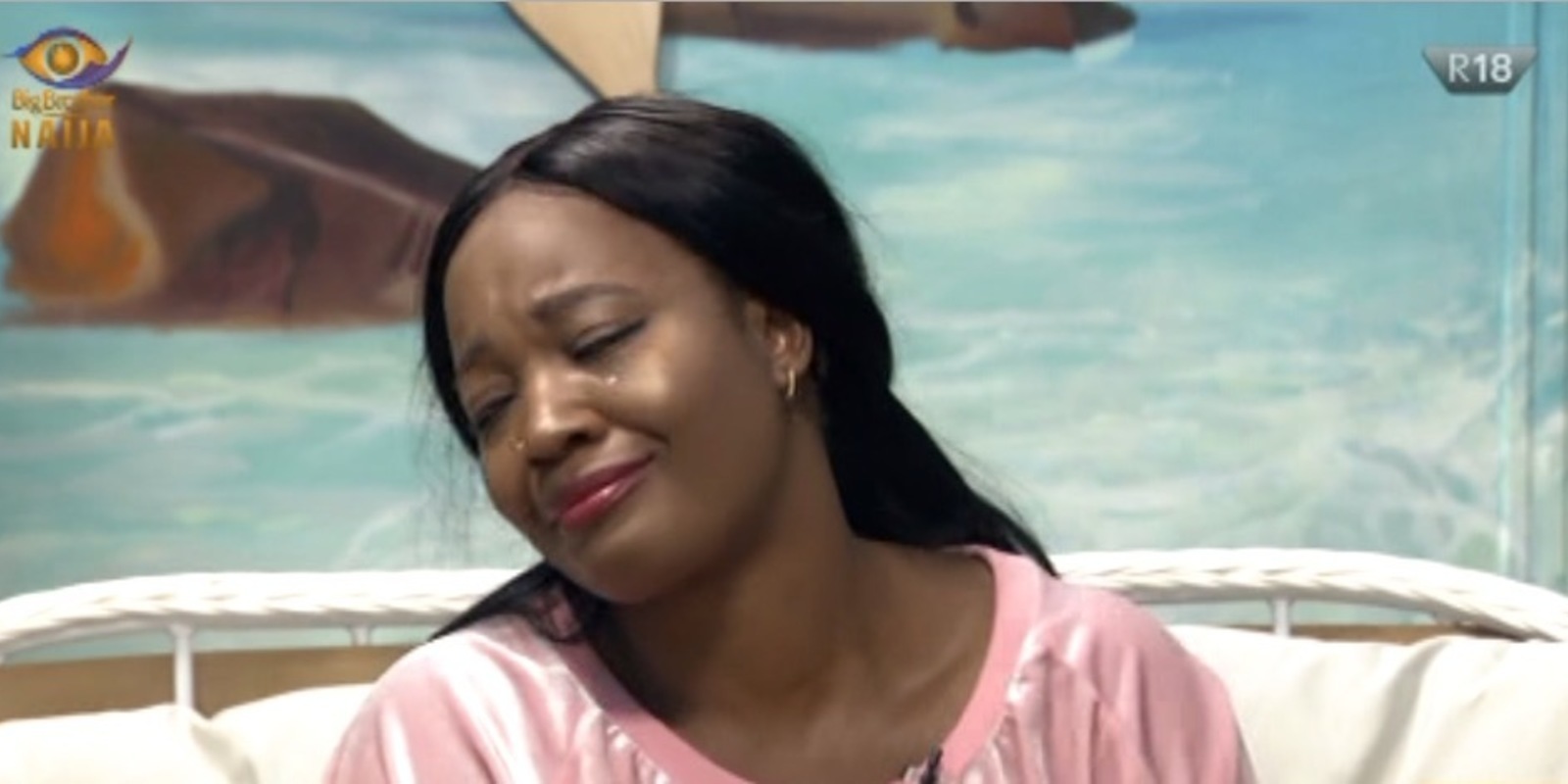 Nengi voted for Ka3na and Praise mostly because she did not get off to a good start with the former, and strategically voted the latter off as she felt he was too much of a threat. Trikytee shared similar sentiments, voting for Ka3na because she seemed ready to leave, and Praise because he sees him as a threat. Wathoni voted for Ka3na for the same reasons, but here is a twist: she says she doesn’t understand Praise and this was reason enough to vote him out. The all-round nice guy seems to be the target of many of his Housemates. 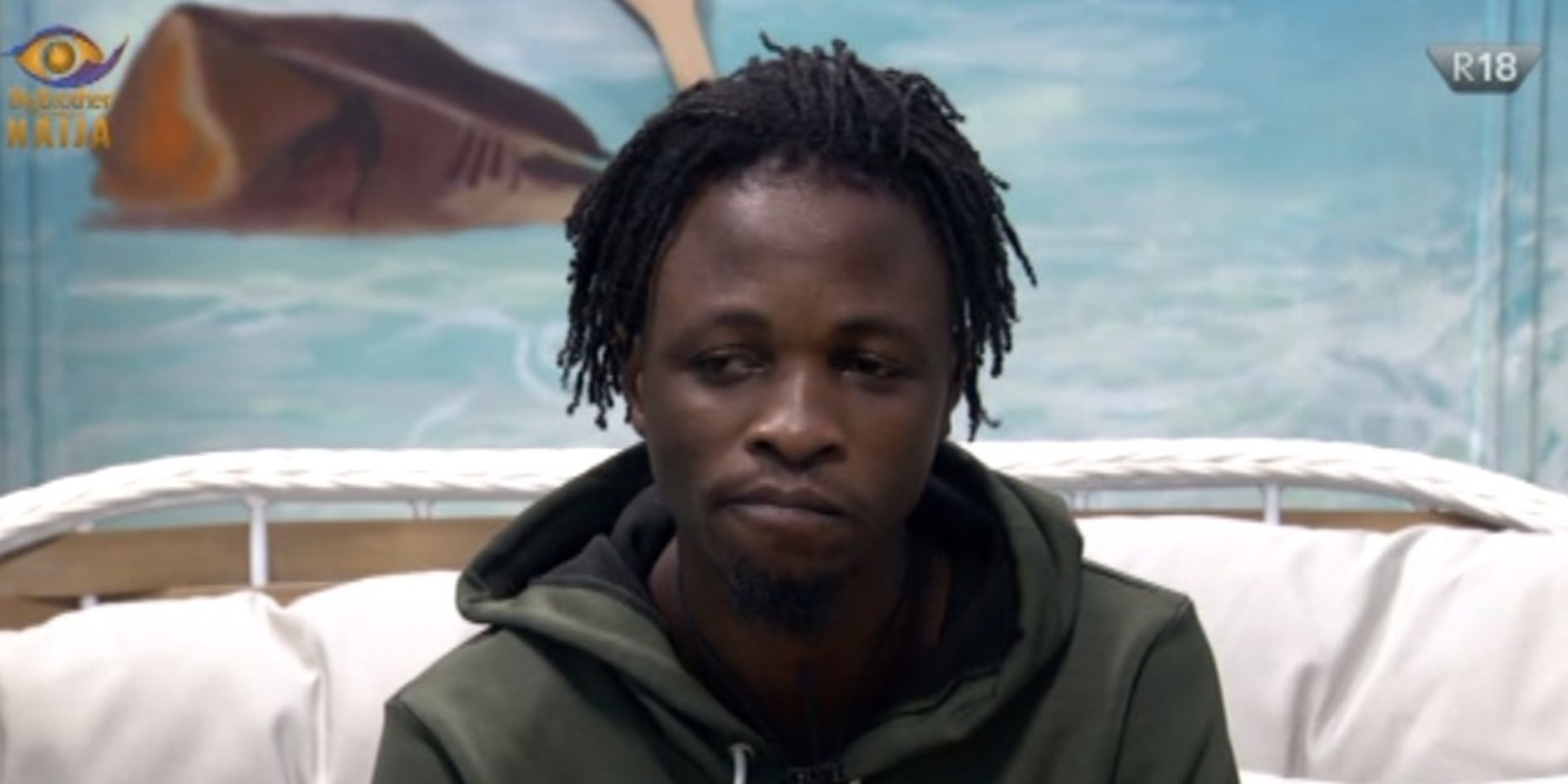 As we continue with those who voted Ka3na out because of her attitude, Laycon voted for Eric, saying Eric because he did not want Lilo to leave, and Eric was unavailable because of his relationship. Although she misses Lilo, Vee voted for her to be evicted from the house, believing that Lilo’s focus is elsewhere. Brighto feels like Eric was a threat to him, and that earned his vote.

Many of the guys voted the ladies off because they feel more connected to the guys. The members of this bromance include Ozo, Kiddwaya, Neo and Tochi.

Kaisha had another story to tell, her feeling is that Ka3na has so much going for her, she really did not need the house, whereas Lilo was just a random option.

Life in the Eviction aftermath

With two Housemates gone, some Housemates have questions while others move on swiftly.

In the aftermath of last nights tears, friend zones and solidifying of ‘ships, the Housemates got up to a slow start with their usual workout and chores. Praise had his usual fire getting into what he loves and training his fellow Housemates for the morning.

After a much-needed workout to let out all the pent-up voting tension, Brighto and Kiddwaya were seen discussing what happened yesterday, trying to figure out why and how people were voted out. Brighto explained to Kiddwaya in a factual manner what happened that the bottom four were up for eviction,t of them left, simple. Kiddwaya, however, seems to think there is more to this than that. He is of the opinion that the public doesn’t want to see too many couples.

Could he be refining his strategy, thinking through his two weeks in the House? Who knows? Kiddwaya seems perplexed that Praise was in the bottom 4 as he is such a team player, he helps out, he choreographs and cheers people up. Bottom line, Kidd is vexed, he wants to know the answer to the age-old question in the House: How do viewers decide? Meanwhile, we know what they decided… 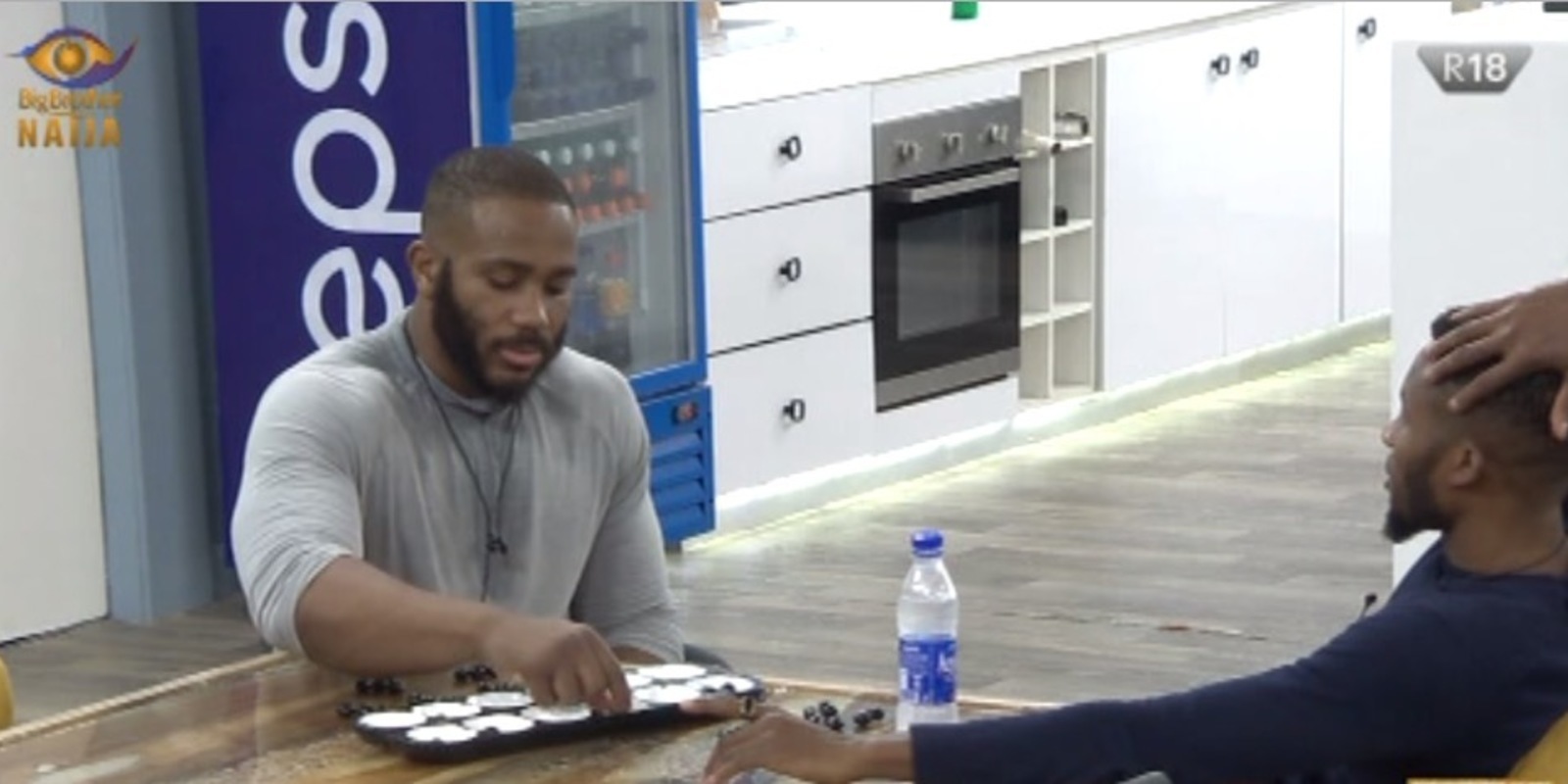 While Kiddwaya and Brighto contemplate the ways of Biggie’s world, we are drawn to a conversation between Wathoni and Laycon. Wathoni tells Laycon that she wants to make sure she does best by her child and provide everything that a mother and father should provide for their kids. Which then spurs a Laycon to lament his views on relationships. Telling her that when other men find his woman attractive, it is a sign for him to work harder to keep that woman. We wonder if this has anything to do with a certain woman in the House, who is not his right now?

In the meantime, we have a new challenge today and we will see how the Housemates take their turns to reenact a movie or musical from their childhood basically we are set to see a show an tell of the ’90s in the House.

While we wait for the Housemates to wake up from their midday naps, we are left with food for thought by the Housemates who clearly have a lot on their minds and questions to answer. 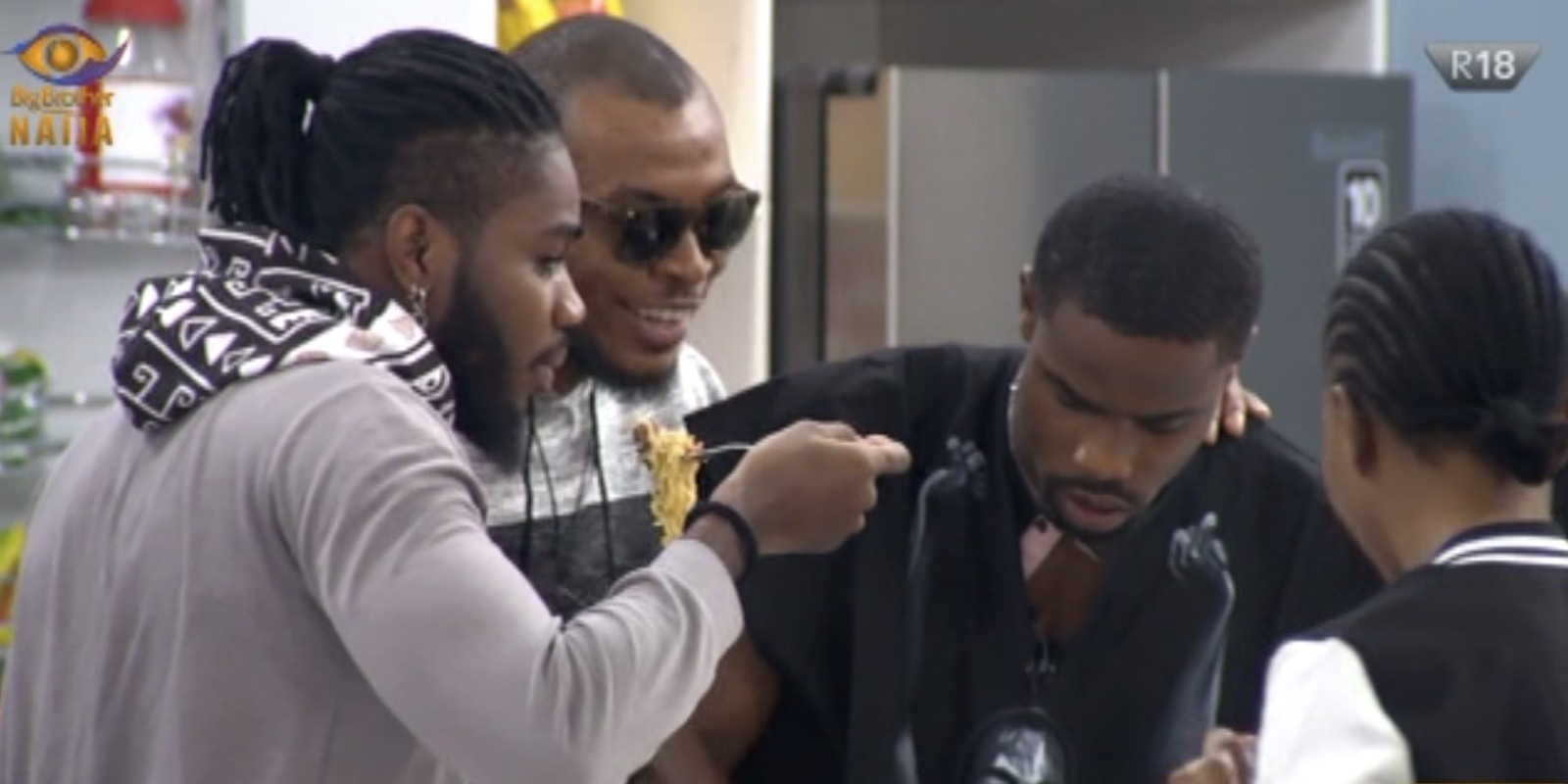 Never be the same again

Housemates now know that their final fate is in their own hands, what will they do?

The best thing about change is that whether you like it or not, you have no choice but to deal with it. In the Big Brother Naija House, the changes have just started and won’t stop until a winner is crowned.

Besides the obvious difference in the number of Housemates, the biggest change to go on in Biggie’s house was one related to ‘ships. Kiddwaya’s attraction to Erica has been a badly kept secret, but yesterday the pair reached an important milestone. Erica had long been wary of Kiddwaya’s smooth-talking ways and had even confronted him about his flirty nature and lack of discretion. While sharing a blanket on the couch after the Live Show, Erica and Kiddwaya got closer than they have ever been before. Kiddwaya was thickly laying on his usual romantic ramblings and tried to pull Erica’s head in closer for a kiss. 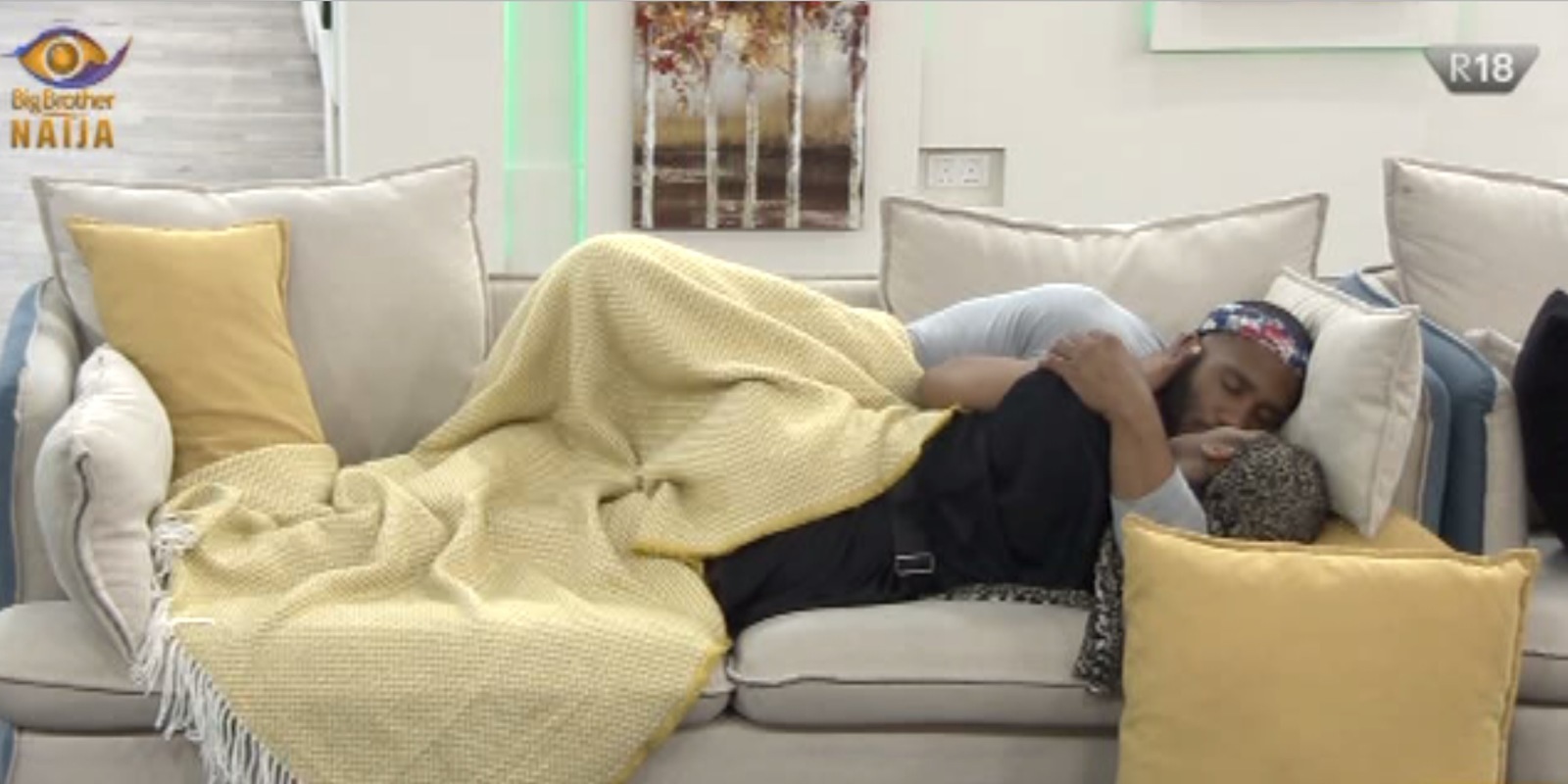 At first, she resisted, but after a few more attempts, Erica allowed their lips to lock and gave us all hope that Vee and Neo won’t be the only ‘ship in the House. Rather than continue making out, Erica soon left Kiddwaya to retire to bed and leave us all wondering if this was a slip up which would never be repeated, or the beginning of our next flaming hot romance. On the opinion front, the reactions were mixed with some heralding the launch of this new ‘ship, and others wishing that it will sink immediately.

The last two weeks with our Housemates have been a joy to watch as they bonded and shared so many of their hopes and dreams with us. That facade came tumbling down when Ebuka informed the Housemates that Ka3na and Lilo’s stay had come to an end.

The announcement brought a sombre mood over the Housemates who spent a great part of the evening after the Live Show contemplating how truly finite their time in House is. Some Housemates shed tears for their Evicted friends like Dorathy, while more emotionally calculating individuals like Brighto remained too focused on the game to let it affect them. Since the Housemate’s now know that the final decision rests in the hands of the people they came into the house with, it will be interesting to see if that fact changes their interpersonal interactions.

Single and ready to mingle

After being boo’d up since arriving in Biggie’s House, it’s hard to believe that Eric and Lilo are now a memory. The question on everyone’s minds is if the handsome hunk will be able to stay single for the duration of his stay. Many promises were made between Lilo and Eric about fidelity but promises don’t mean anything in the heat of the moment. It will be interesting if Eric finds comfort in the arms of any of the other female Housemates.

With two weeks done and eight left to go, all the Housemates have to do is stay focused and play their way to N85 million worth of winnings.