Fashion Design, Runway & Teamwork... Everything 'WAWstatic' that went down on #BBNaija Day 54

Big Brother Naija Lockdown Housemates put on a show that made us all say “WAW!”

After the first part of the WAW Task, the housemates performed skits that had us in holding our sides when they were asked by WAW to put on a squeaky clean performance to complete the whole task.

The all-male team was led by Oga Laycon who employed Kiddwaya to make sure that their customers, Ozo and Prince had sparkling clothes for their shows. The enactment was hilarious as we saw Kiddwaya taking on the role of the worker.

In the end, Team WAW Protecrs took the prize, resulting in an award of N1,000,000 to the team and one year’s supply of products for all the Housemates for their efforts during the day. The Housemates seem to really bring their A-Game when it comes to performances such as these and when it comes, it is a pleasure to watch. We look forward to the last few performances to blow our minds!

The Housemates took the battle to the runway as they showed off their fashion designs for the WAW Challenge.

Immediately after Trikytee read the brief, he asked the Housemates to take part in a lucky dip to figure out the team they each belonged to.

For two hours both teams laboured trying to come up with that banging design that would blow minds and project the WAW brand. Most importantly they had to make sure the outfits would fit their team members that would be modelling them. 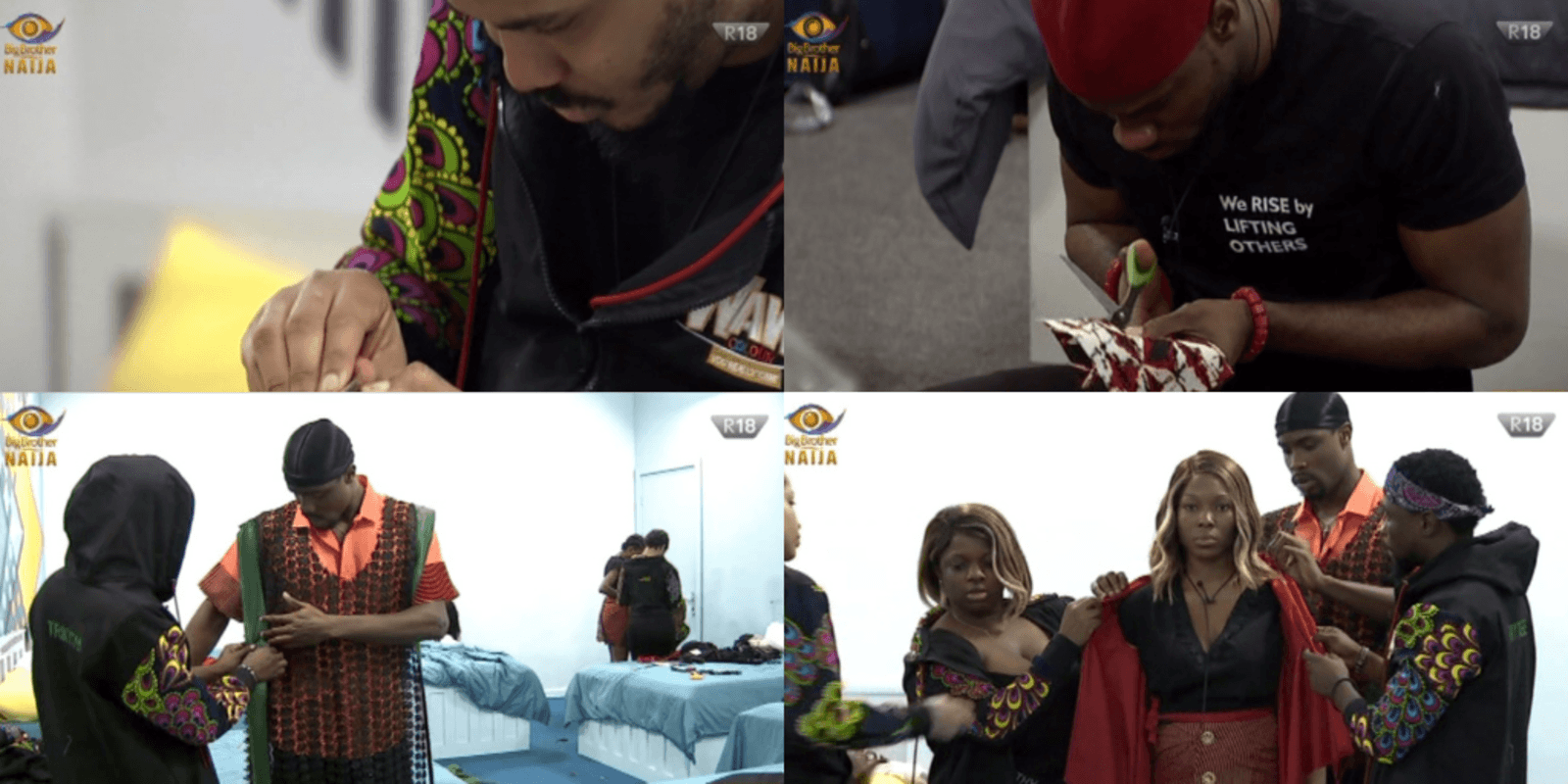 Done with their outfits, the Housemates headed to the garden to showcase their designs. Team Protects was the first team to hit the runway. The team had Kiddwaya and Laycon presenting while Ozo and Prince played the models. 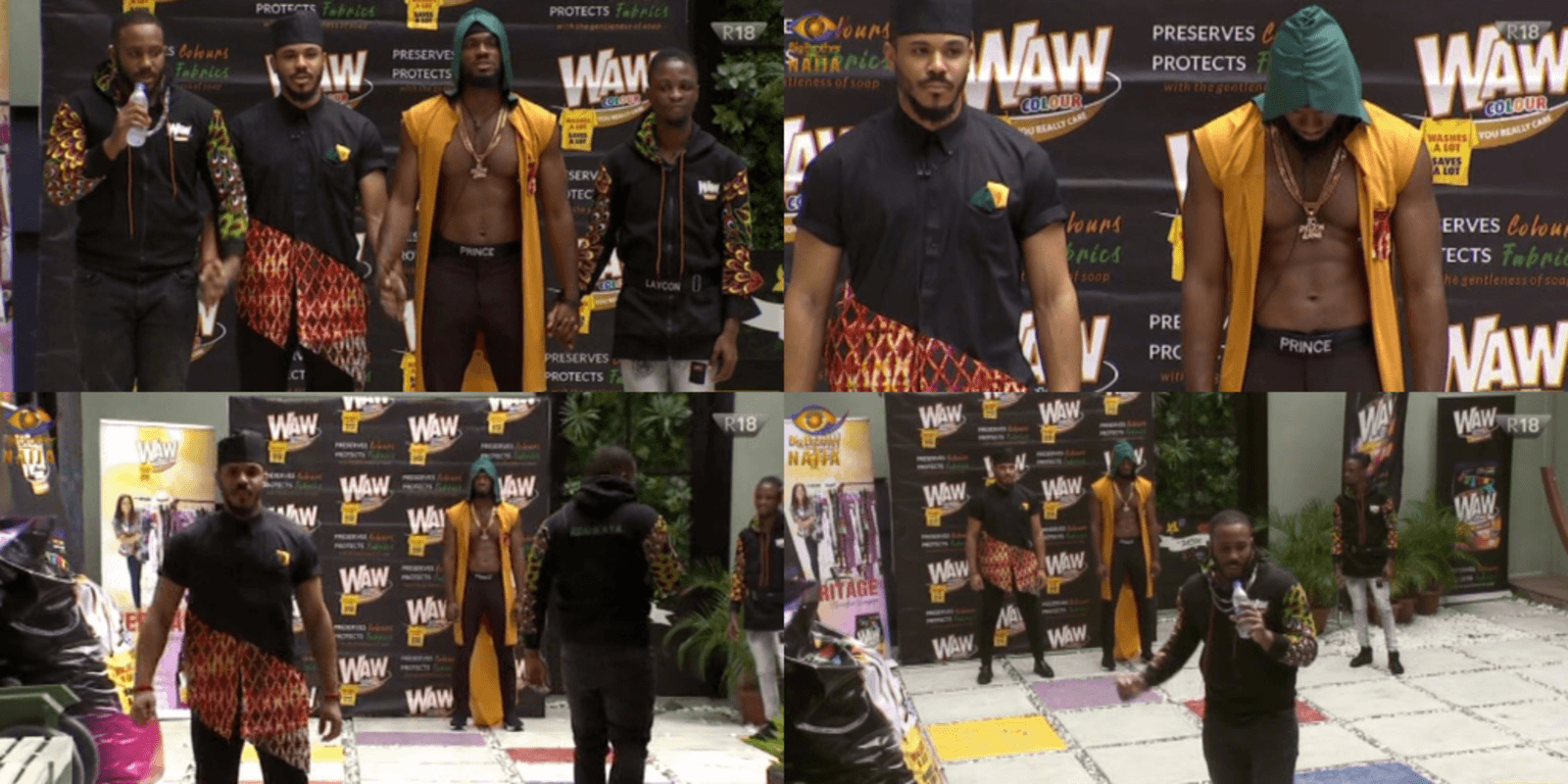 Next was Team Preserves who had Trikytee, Dorathy and Nengi presenting while Neo and Vee played the models adorned in the outfits designed. 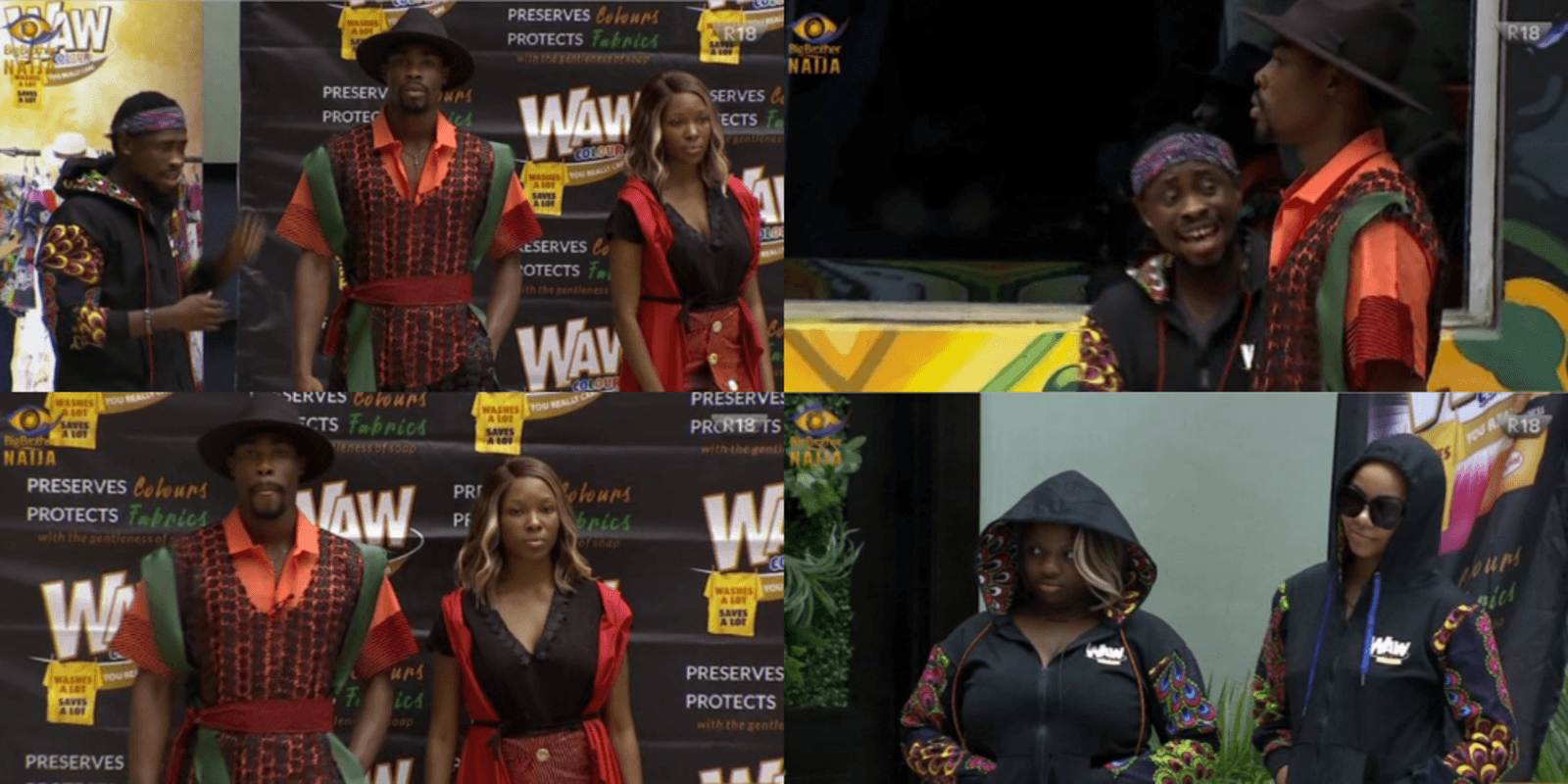 It was a colourful presentation with the housemates looking classy and regal in their outfits. Seems like the housemates won’t run out of career options once they leave the house.

Team WAW Protects won the Task today taking home an N1,000,000 prize to share amongst them!

Five pranks the Housemates could pull off

After watching them pull off the Duvet Heist, we came up with more pranks for them.

A couple of days ago a few Housemates had the House in an uproar when they played a prank on the rest of the Housemates. The prank was called the Duvet Heist and the culprits were Neo, Ozo and Nengi. All three connived to steal the duvets of the rest of their fellow Housemates. This got us thinking about what other pranks the Housemates could pull to make their stay in the House a lot more fun and full of mischief. We came up with five pranks that could spark things off.

Hide the food
Not just any food, but one in particular. The one the Housemates can’t live without. If you are an avid fan of the Lockdown Geng, you already know that food is Indomie noodles. The prank here is to raid the kitchen and take every single pack of Indomie and go hide it. We would love to see the faces of the Housemates when they step into the kitchen and can’t find their favourite meal. You thought the duvet had them upset? Wait till you see how rattled they will be without their noodles. 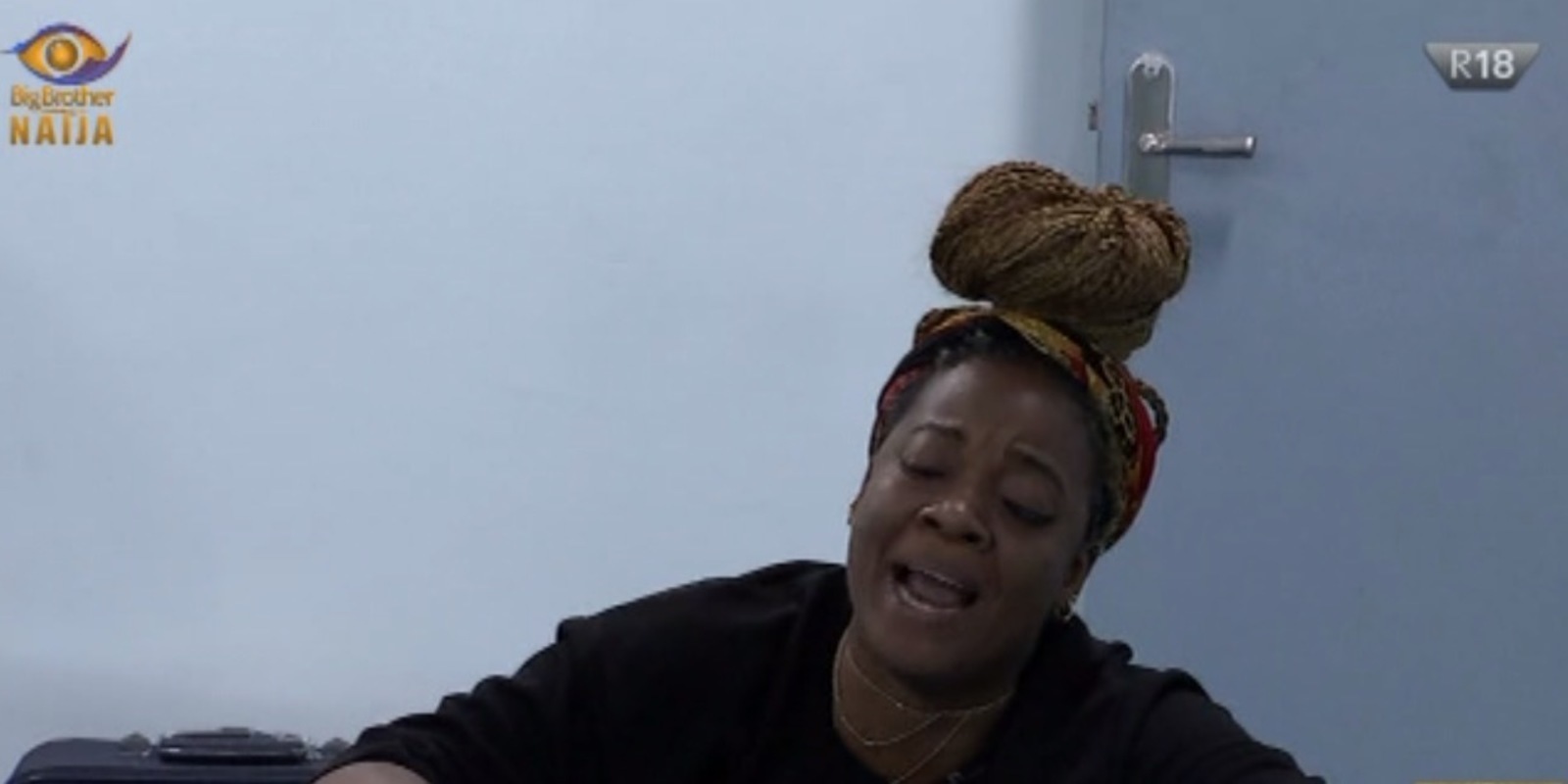 Pretend to exhibit symptoms of COVID-19
Now, this is a bit extra but totally worth it! This prank may take a couple of days to bring to fruition, but whatever is worth doing at all is worth doing well. One of the Housemates will have to pretend to be ill and with each passing day fake a symptom of COVID-19 to scare the other Housemates. This prank will take a lot of dedication, but the end result will have the House totally stunned.

Have the Housemates gather for a fake guest

Only the Head of House can pull this off. Shortly after being called in by Biggie, the HoH will come to announce to the Housemates that Biggie told all of them to dress up in their Sunday best and gather in the lounge to welcome a guest. After getting dressed and seated patiently, the HoH can then proceed to break the prank to them. We’d love to be in the HoH’s shoe when he breaks the news though. 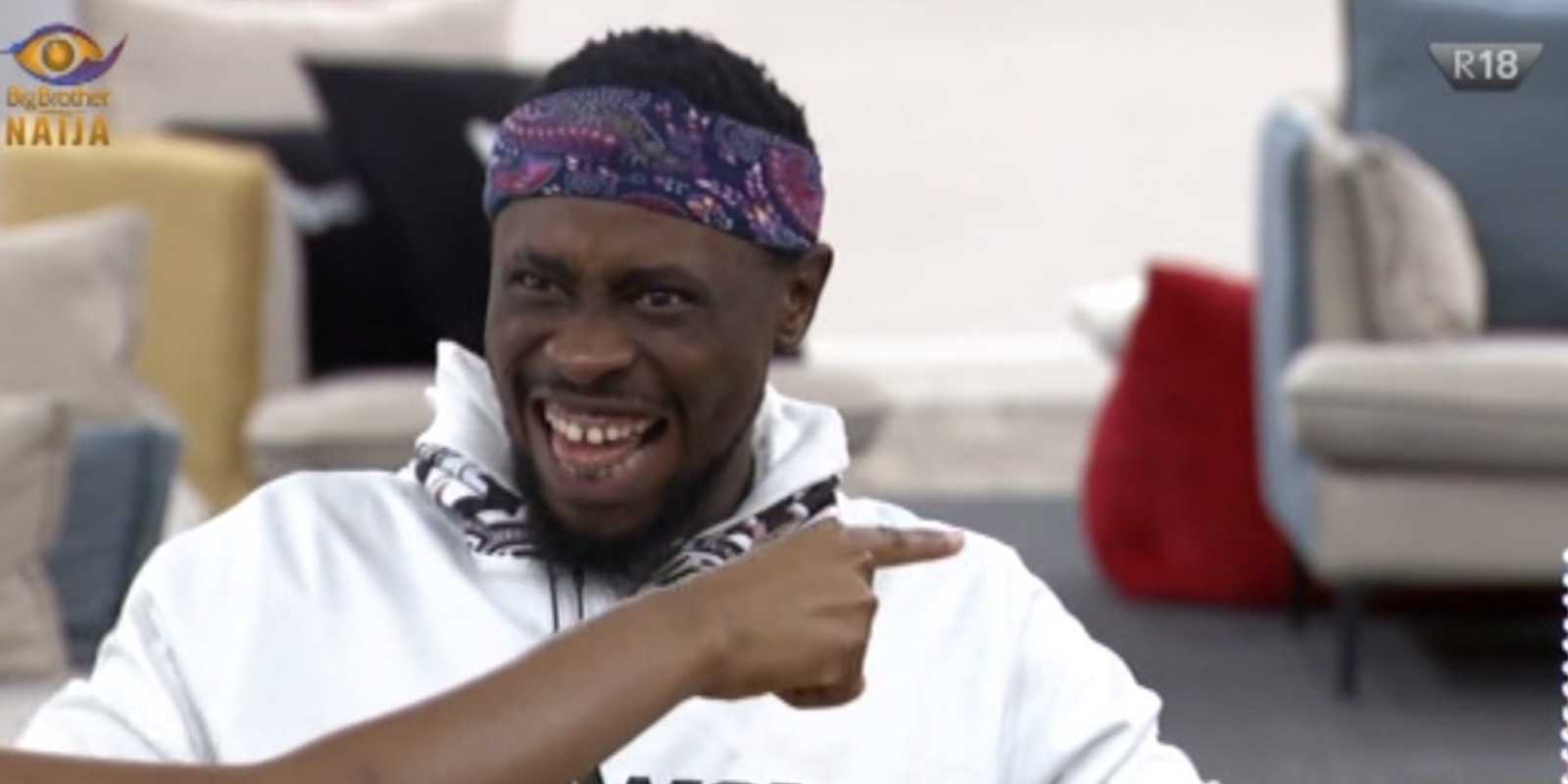 Ghost beneath
This is kind of tough and will require patience. For this trick, a Housemate will go hide beneath the bed of another Housemate just as the Housemate is about to sleep. The hidden Housemate will then proceed to start tapping the bed from underneath and making spooky sounds. The only drawback here is after everyone has had their laughs and the Housemate on the bed refuses to get up so the Housemate hiding can get out. Yikes.

Some things might be little but the moment they are gone, you will notice them. Take socks for example. You hardly ever notice till they go missing and you are in a state of panic. The same thing should apply when someone steals the Housemates socks. If the Housemate is feeling generous, he could just settle for a piece instead of the pair. It would be fun watching the Housemates go about wearing mismatched socks.

Pranks can be fun especially when done right. The rule is to not go overboard and have the prank turn into an altercation. The housemates took the last prank well, hopefully, they will take other pranks in the House just as well. Now, we just have to find who will initiate the next prank.