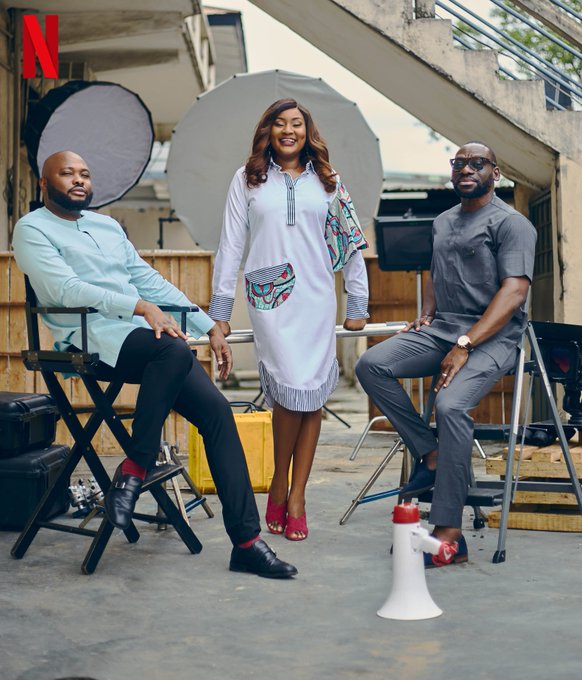 Inkblot Productions has secured a huge deal with Netflix to develop a new Nigerian original series.

The upcoming original series is an untitled young adult drama series created and produced by Inkblot Productions. It follows the story of Ishaya, “a charismatic teenager and talented artist from a poor family, whose dreams suddenly appear within reach when a prestigious scholarship to the most exclusive school in the country catapults him into the luxurious world of Nigeria’s 1% – all while a huge secret threatens his newfound status and, ultimately, his family’s safety,” according to The Hollywood Reporter.

The original will be created by Naz Onuzo and Dami Elebe with Funke Akindele already confirmed as the lead, Zulumoke Oyibo and Damola Ademola will serve as executive producers. While the full cast is yet to be revealed for the Netflix Original, here are the series directors, Niyi Akinmolayan, Tope Oshin and Naz Onuzo.

On the news, Naz Onuzo said:

We’re thrilled to be partnering with the Netflix team to tell the story of Nigerian youth on a global scale. We cannot wait to share with the world what it feels like to grow up in one of the most dynamic countries on the planet.

Netflix also unveiled deals for three Nollywood films from Mo Abudu, Kunle Afolayan and Kemi Adetiba that will premiere on the streaming service. They are “Òlòtūré“, “Citation” and “King of Boys II“.

“Òlòtūré”, a film part of Netflix’s partnership with Mo Abudu and her production company Ebonylife, will launch globally on October 2, 2020. “Citation” from director Kunle Afolayan and produced by Golden Effects Pictures, will hit Netflix globally on November 6, 2020, while, “King of Boys II”, the sequel to director Kemi Adetiba’s 2018 crime thriller, will launch globally in the first half of 2021.

First up, an untitled young adult series about a gifted teen who gets a scholarship to Naija’s top school is coming soon. It’s an @InkblotPresents production, created by @IamSnazz @DamiElebe, & starring @funkeakindele. Casting will be announced soon! 🎉 pic.twitter.com/QyxCvJmcML