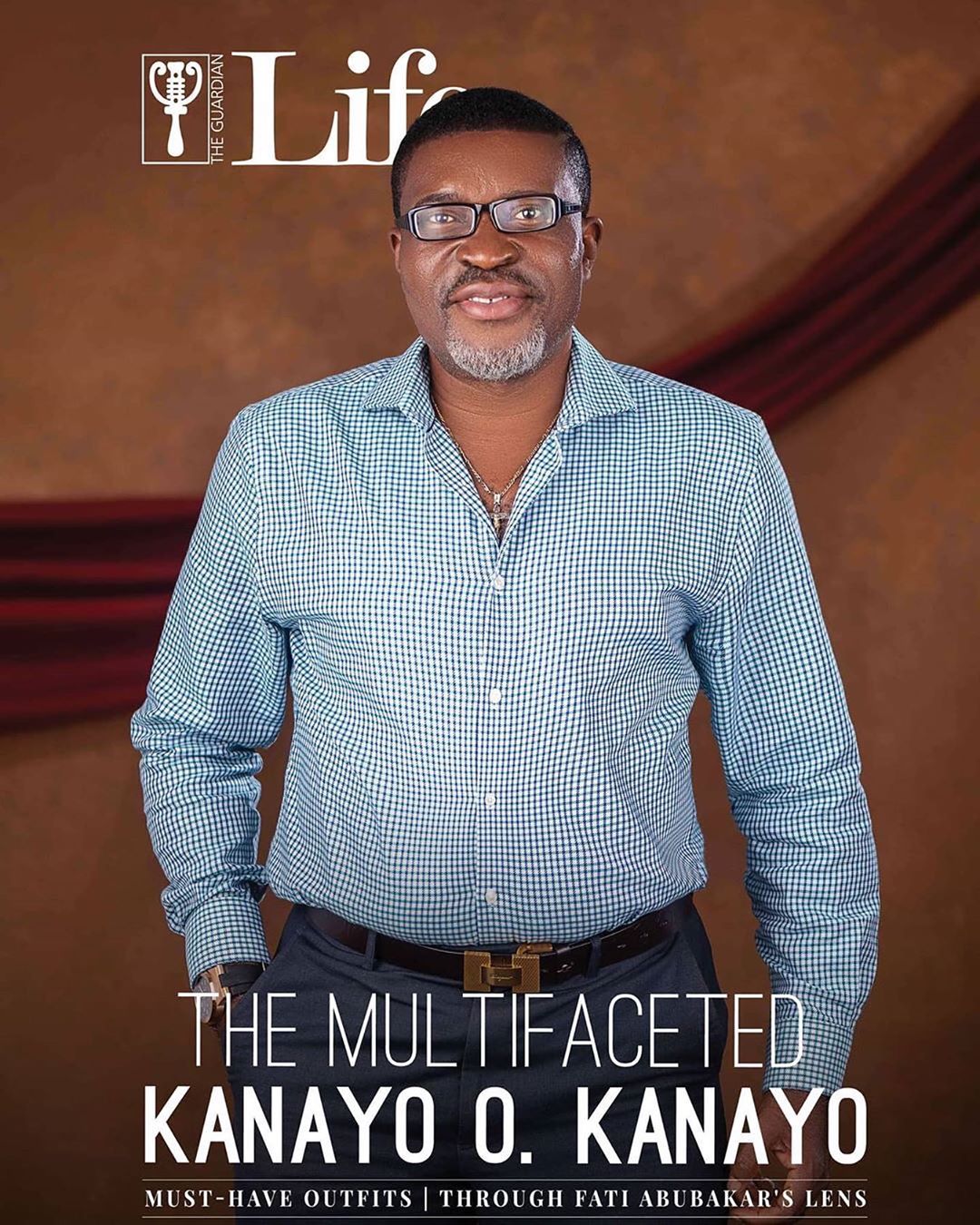 Nollywood veteran and one of the latest barristers in town Kanayo O. Kanayo is the cover star for the latest issue of Guardian Life magazine. In the magazine, he talks about stereotypes, being a passionate actor, a desire to serve Nigeria, reaching for new horizons and more.

“About 10 years ago, if you starred in a film, it was good enough. And if you play two roles in a month, there was something to keep. But now, people feature in films for free. It is not a good scenario at all and it is not encouraging. I commend my colleagues who are playing their part, but I know that this is not the Nollywood we should be building.” he says.

What we are showing in Nollywood is social realism. We tend to make our films as realistic as it is in our environment. The problem now is the propensity with which we do it and that propensity is because the market forces determine their profitability.

…there are certain things that are exaggerated in the African culture for film and this is because there is not enough research on the values of Africans before the coming of the white man.

If you look for the trouble of an American, he pulls the trigger [or goes to a lawyer]. But if you look for the trouble of a Nigerian, he looks for a native doctor. That is who we are. Do you hear of those things in America? We read and hear that people are using things to make money. If we take this story and produce a film based on this, they would say, ‘Nollywood has started again. How is this even possible?’ These are social realistic things we do as part of Nollywood. Once we change our systems of living and what we, as a people, are doing to make money, we will stop.

In my capacity as an actor, I have been cast for these roles. Maybe, just maybe, because I play them well. Whenever you play a role and people can pin your name to the role, you’ve played it well.

On running for House of Representative in Imo State

I never had anyone discriminate against me because I am an actor. I have been given a fair opportunity. Most people in my constituency know that I am a credible candidate but in Nigeria, credibility does not win you elections. But in terms of the contest, Nigeria’s electoral process is no longer about the credible candidate, it is about how much money can you bring? And this cannot augur well for our country.

On his legal profession

I am a man who is looking to serve his community and my community here is to my state and Nigeria as well as contribute to national development, youth development. With my contribution to the entertainment industry, I will now try to marry law with entertainment and see what we can bring out of it.