With the #LeonardoBySujimoto, you can enjoy Value Maximization & Luxury at its Peak

When you hear that the LeonardoBySujimoto is offering you 400% ROI in 2 years, it is not a hype, it is a reality! This is in line with Sujimoto’s policy of putting value maximization over profit maximization. 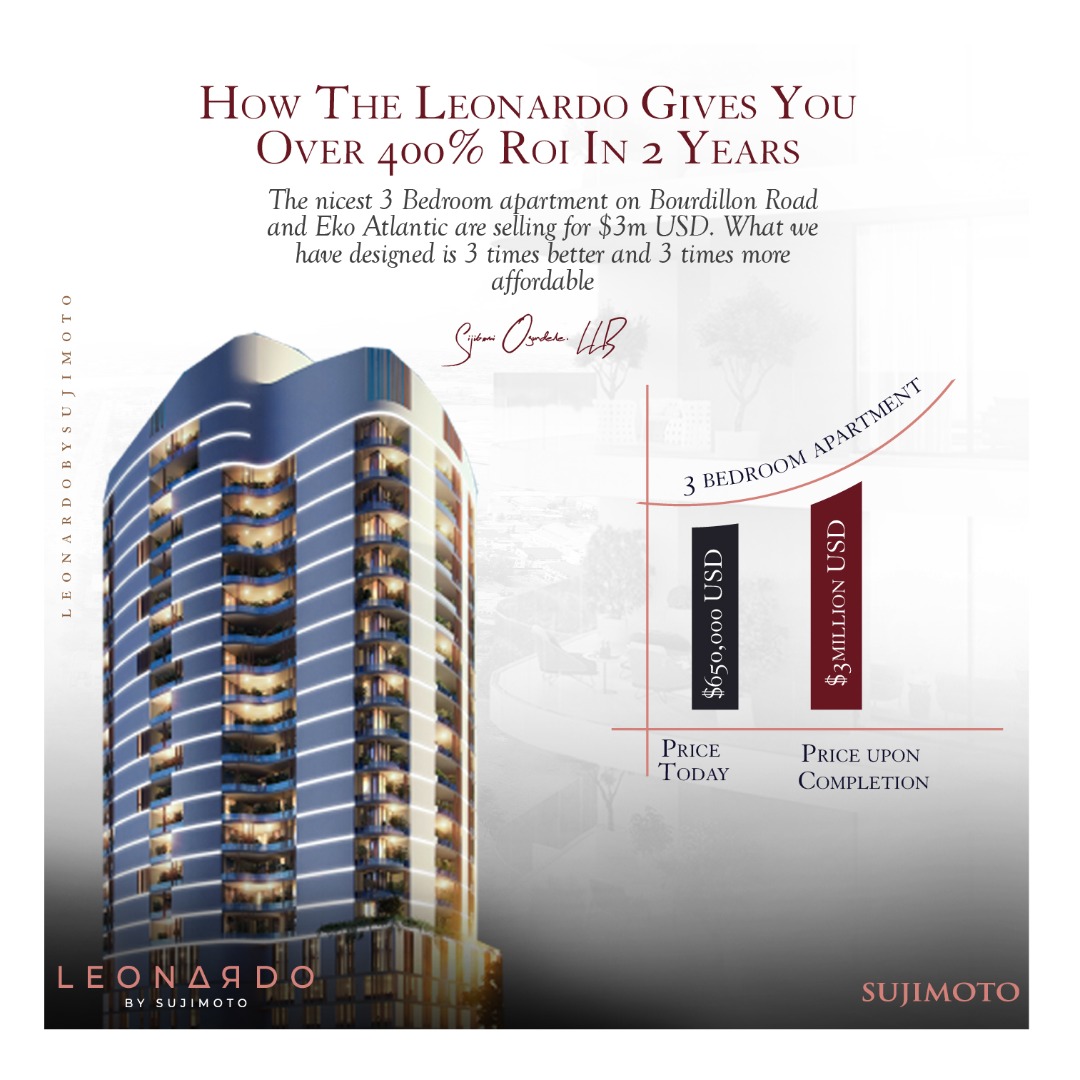 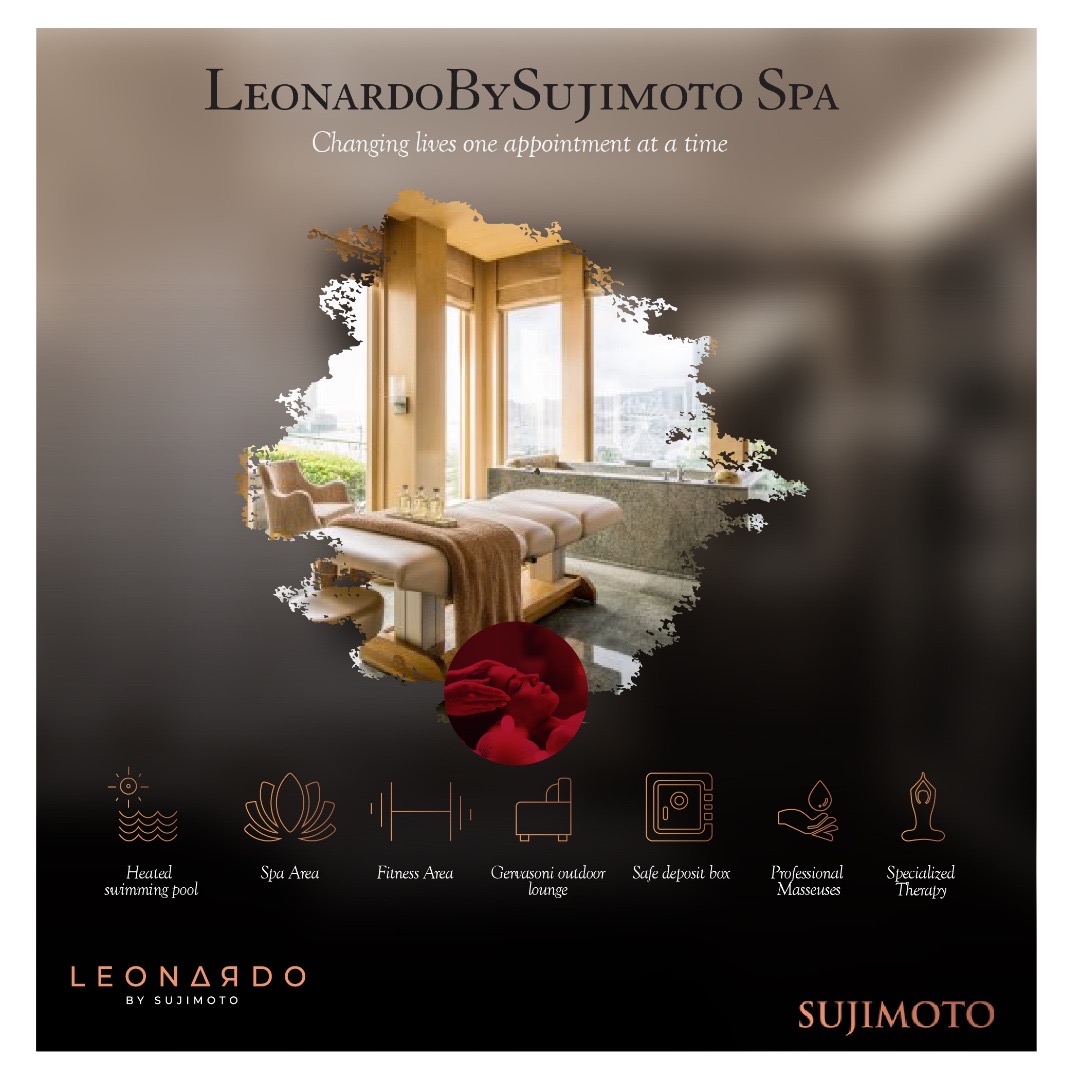 Picture this, a 3 Bedroom at the Leonardo is currently selling for $650,000 USD. Upon completion in 2 years’ time and considering the kind of features and facilities we are bringing into the Leonardo, this same 3 Bedroom will sell for $3million USD, giving you over 400% ROI! The nicest and most expensive 3 Bedroom apartment on Bourdillon Road and Eko Atlantic is selling for $3m USD.
What LeonardoBySujimoto has designed is 3 times better and 3 times cheaper.

Don’t take their word for it, here’s a little proof for you!

In 2018, when they launched their recently concluded GiulianoBySujimoto project in Banana Island, a unit sold for N280 million as off-plan. Upon completion, this same project is currently selling for N600 million, giving investors over 200%

ROI in 2 years! The Leonardo is 20 times bigger with more features and facilities that will rival and outclass most 5-star hotels in the world.

There are 3 types of people in life, the Optimist who sees a huge investment opportunity in the LeonardoBySujimoto and buys numerous units off-plan; the realist who knows the Leonardo is an incredible investment opportunity but is skeptical, waiting for some external validation, only to realize months later that the prices have increased by 50%; and the Pessimist who never sees how a real estate investment can yield 400% ROI. 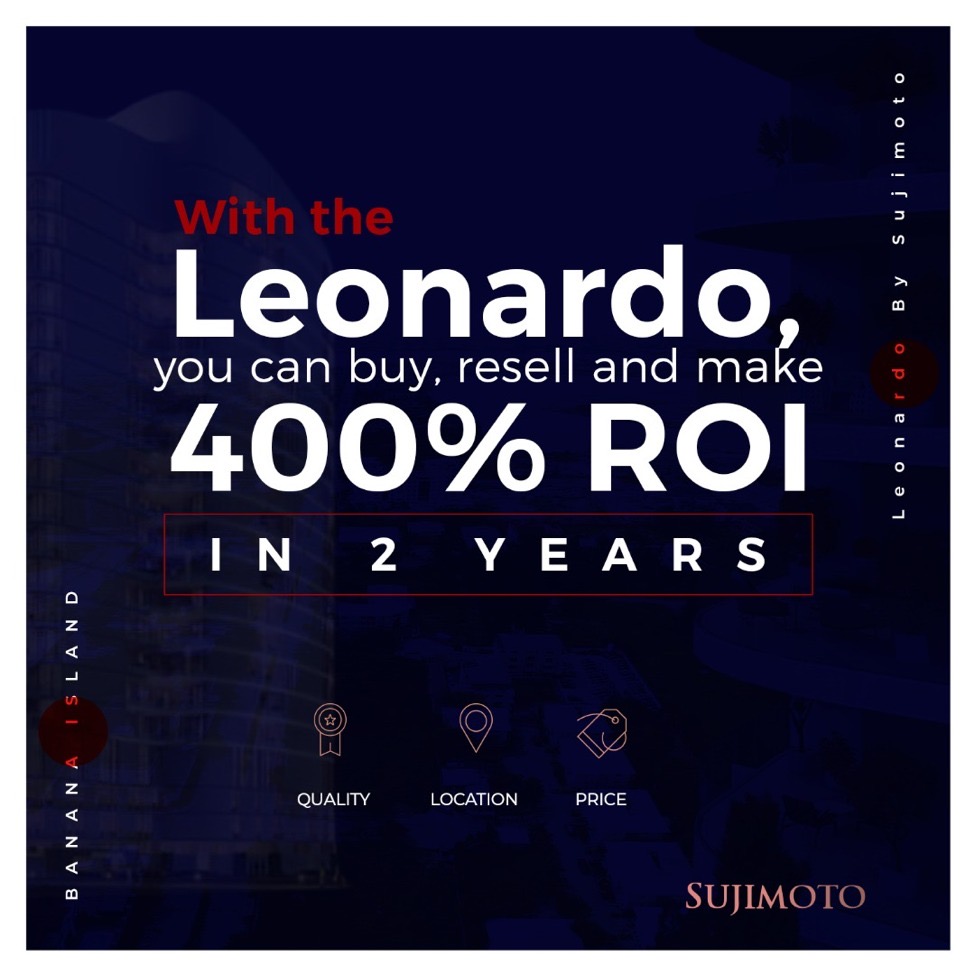 Sujimoto has built its foundation on Quality, erected pillars on Integrity, and made Luxury the driving force of who they are!

In 2016 when the economic recession halted the LorenzoBySujimoto project, none of their investors lost their money as they returned over half a million dollars. Even though they lost a lot of money, but losing investors’ money was non- negotiable, because the bank of credibility is too expensive to withdraw from, as TRUST is her CURRENCY.

It is rather unfortunate that we live in a country where people have lost the enthusiasm to dream and every great opportunity is seen as a scam, too incredible to be true. However, it is also interesting to note that within the last few months, LeonardoBySujimoto has sold more units in 5 weeks than we have sold in 5 years of our existence!

The Leonardo is offering discerning investors a whopping 400% in 2 years, a return on investment that not even gold, treasury bills, or cryptocurrencies can boast of! With Treasury Bills and Fixed deposit at 3.5% ROI annually, where would you rather invest? 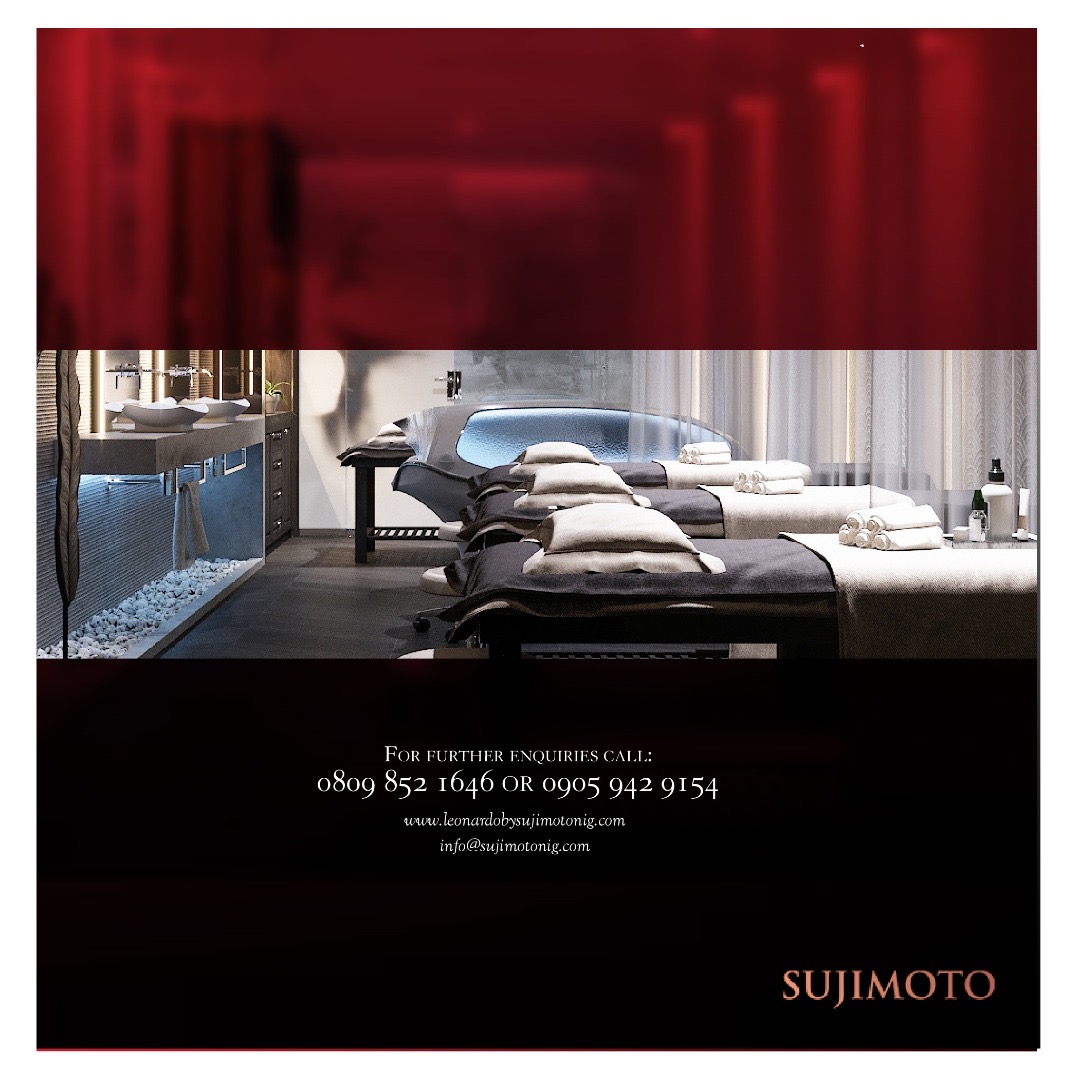 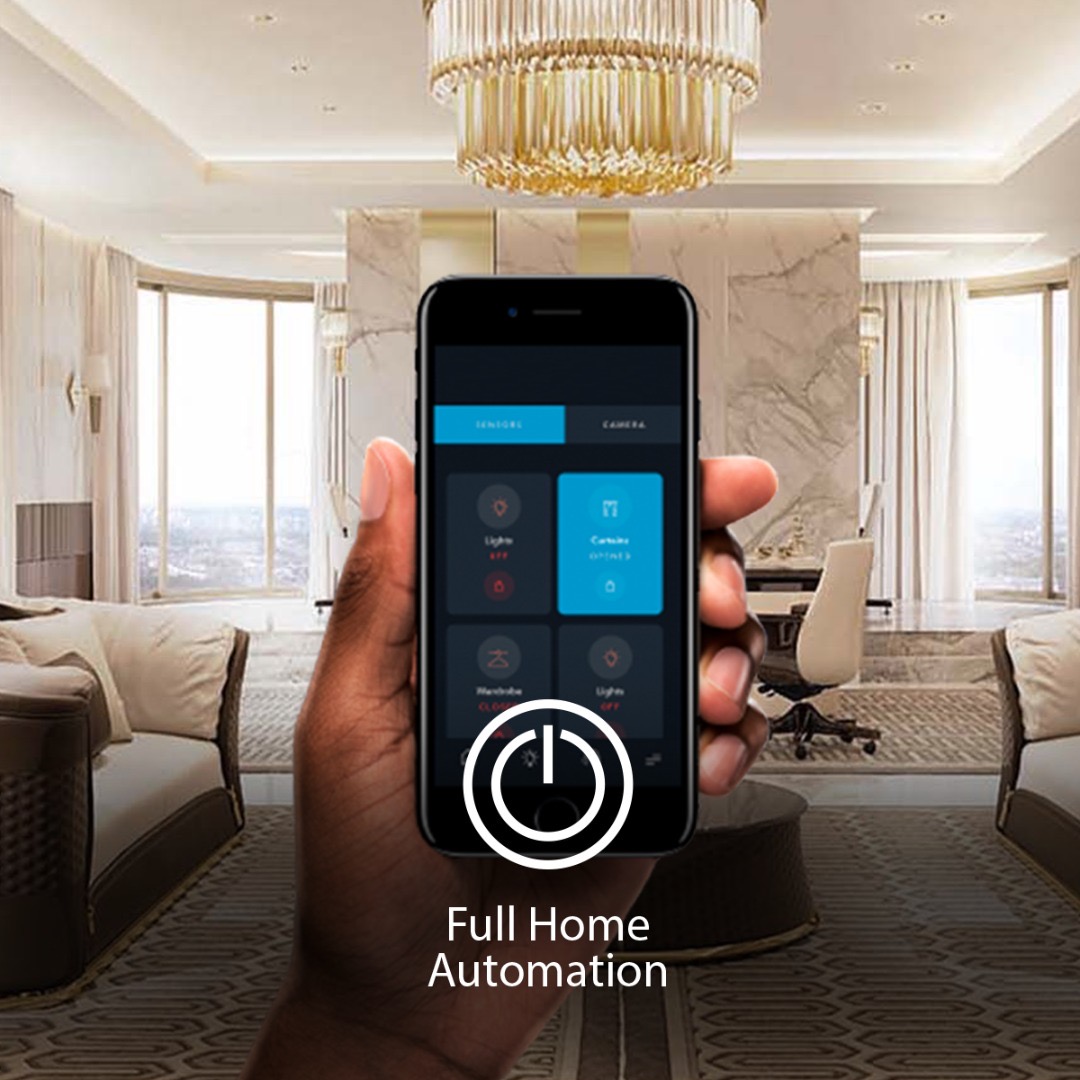 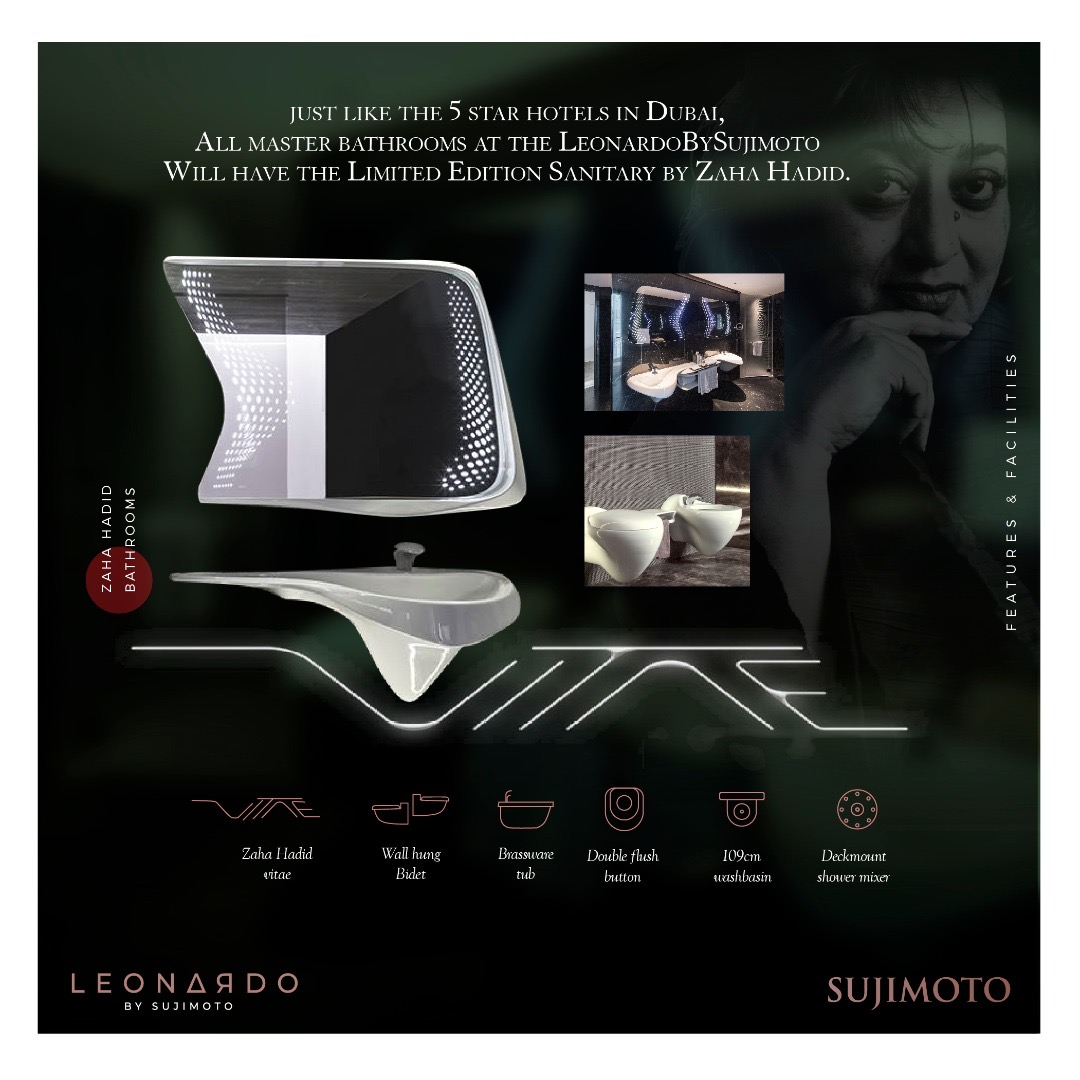 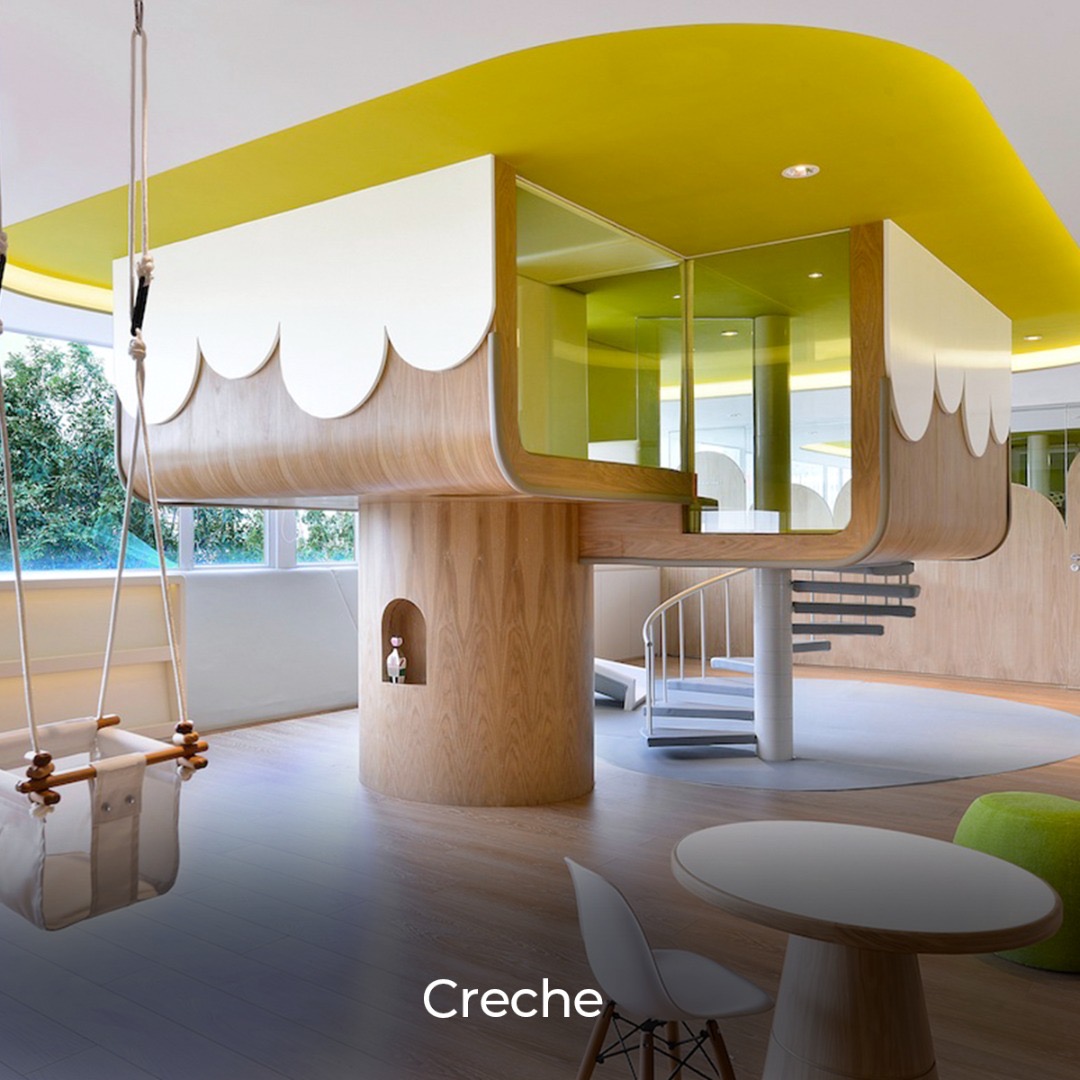 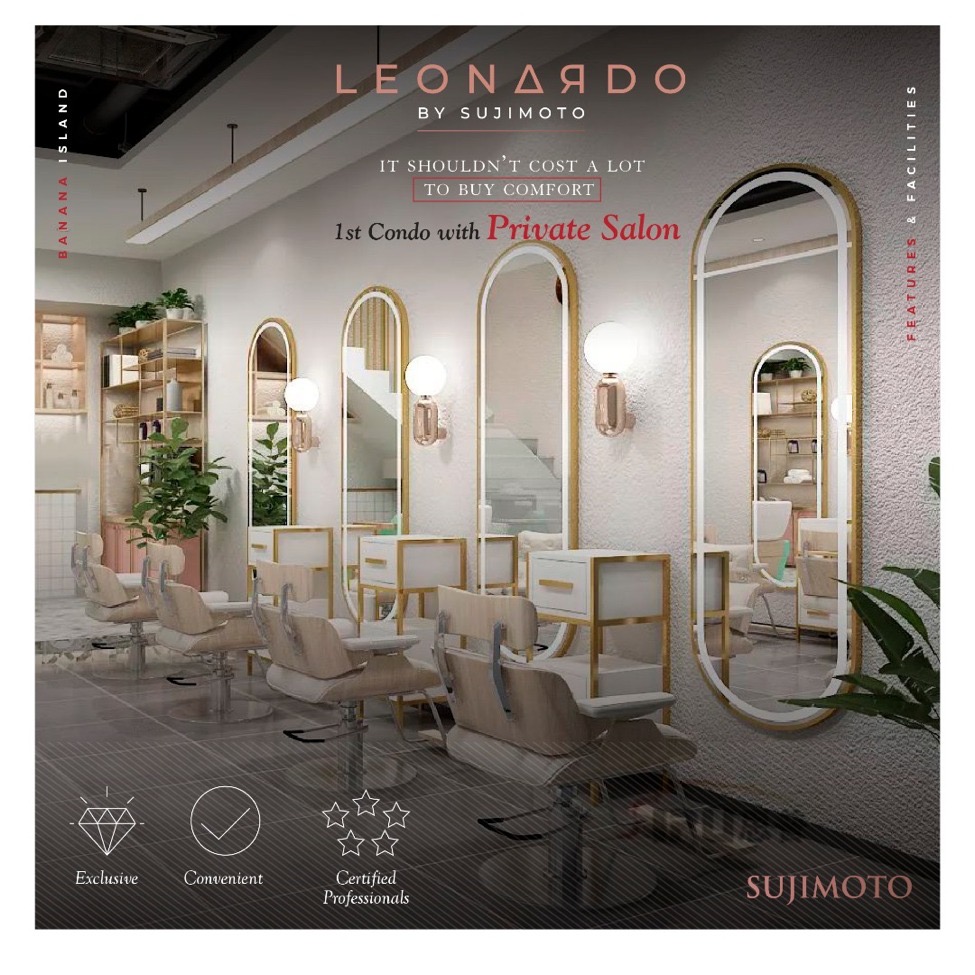 Disclaimer: This is a paid content.
Kindly know that due diligence should be carried out by you before investing.
If in doubt, please seek professional advice.