Naomi Osaka is the US Open champion for the second time! 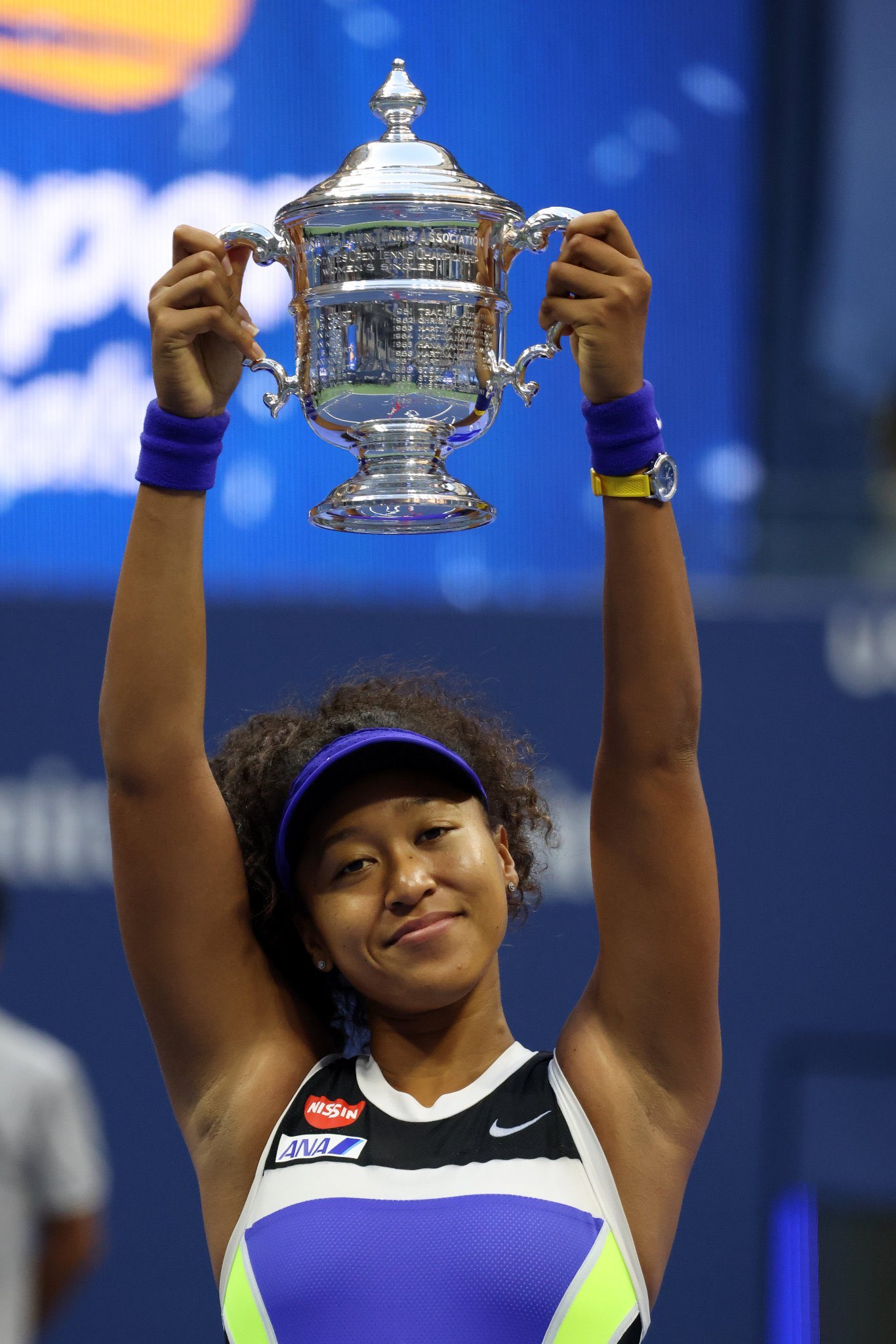 After putting on an amazing fightback to beat Victoria Azarenka, Naomi Osaka wins her second US Open title in three years with a 1-6 6-3 6-3 victory, inside Arthur Ashe Stadium. Also bagging her third Grand Slam title overall.

The 22-year-old superstar, already the highest-earning female athlete in the world, adds another £2.3million in prize money to her fortune while she becomes the first Asian player to win three major titles, surpassing Chinese trailblazer Li Na. 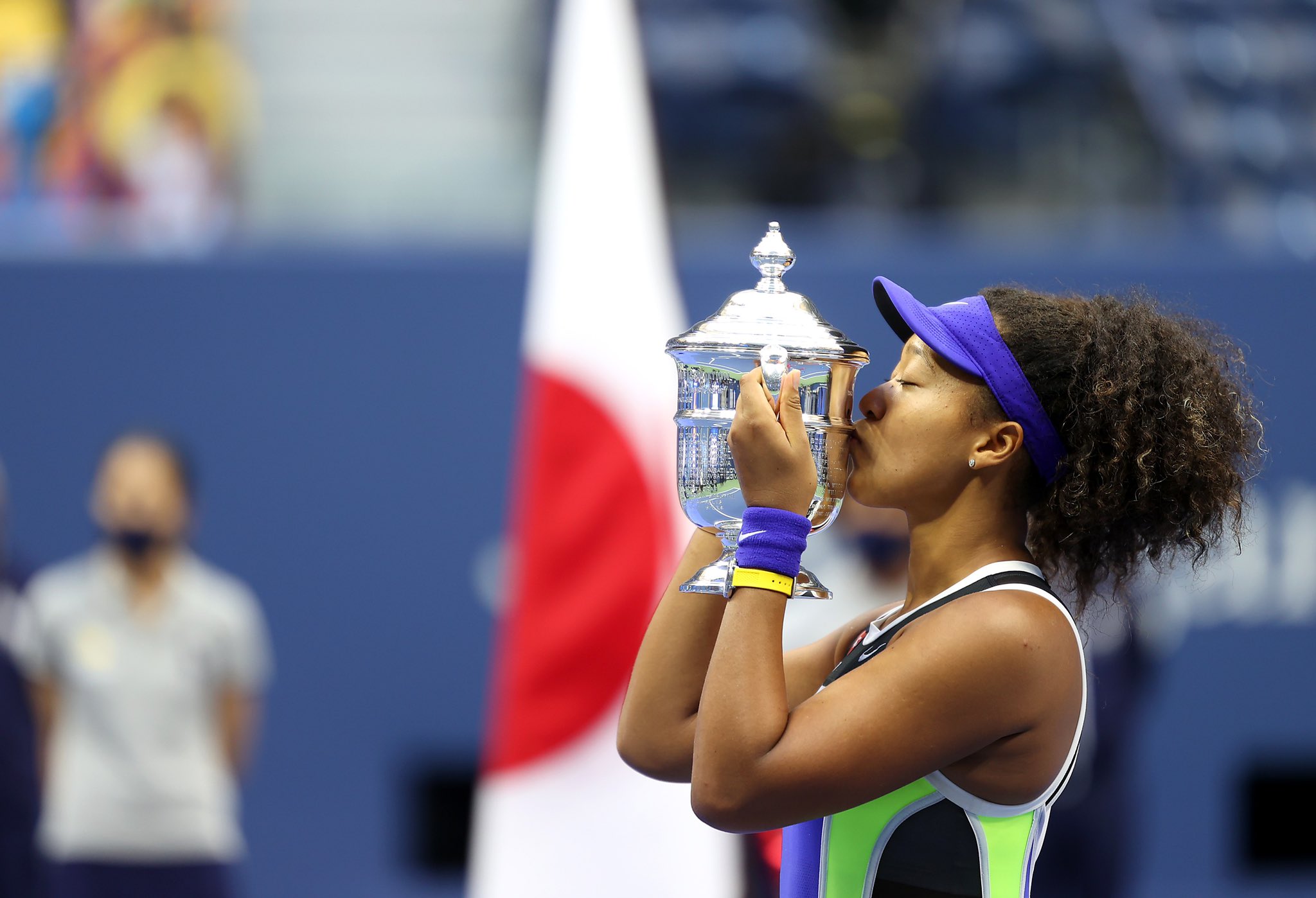 After the match, Naomi recalling the differences between Saturday’s win and her first in 2018, said:

I think definitely I’m more of a complete player now. I feel like I’m more aware of what I’m doing. 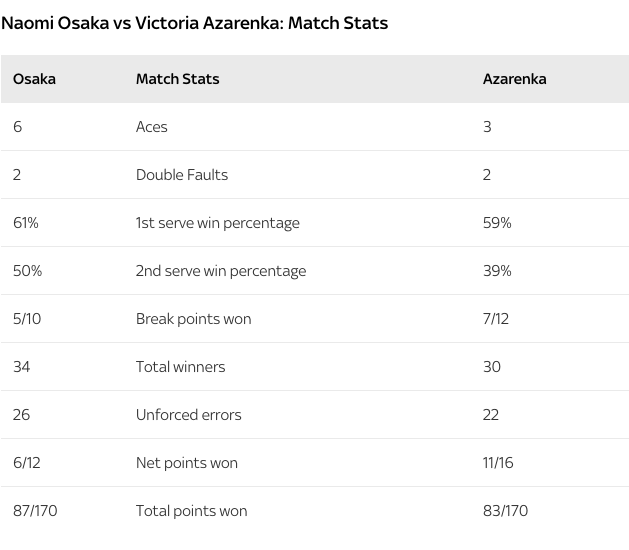 She wore masks with different names for each of her seven matches to honour Black victims of violence, “The point is to make people start talking,” she says. “For me, just spreading awareness,” she added. 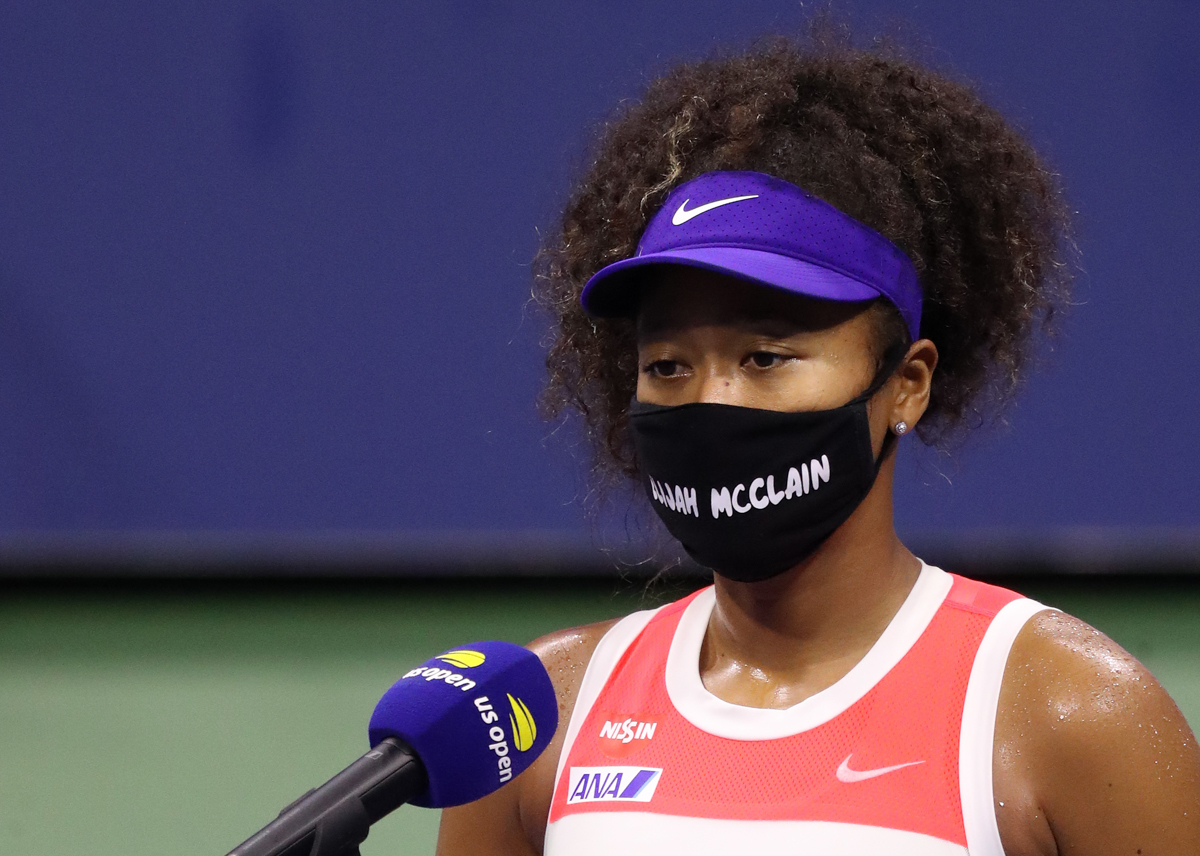 NEW YORK, NEW YORK – SEPTEMBER 02: Naomi Osaka of Japan wears a mask with the name Elijah McClain on it following her Women’s Singles second-round win against Camila Giorgi of Italy on Day Three of the 2020 US Open at the USTA Billie Jean King National Tennis Center on September 2, 2020, in the Queens borough of New York City. McClain was killed by police in Aurora, Colorado. Matthew Stockman/Getty Images/AFP 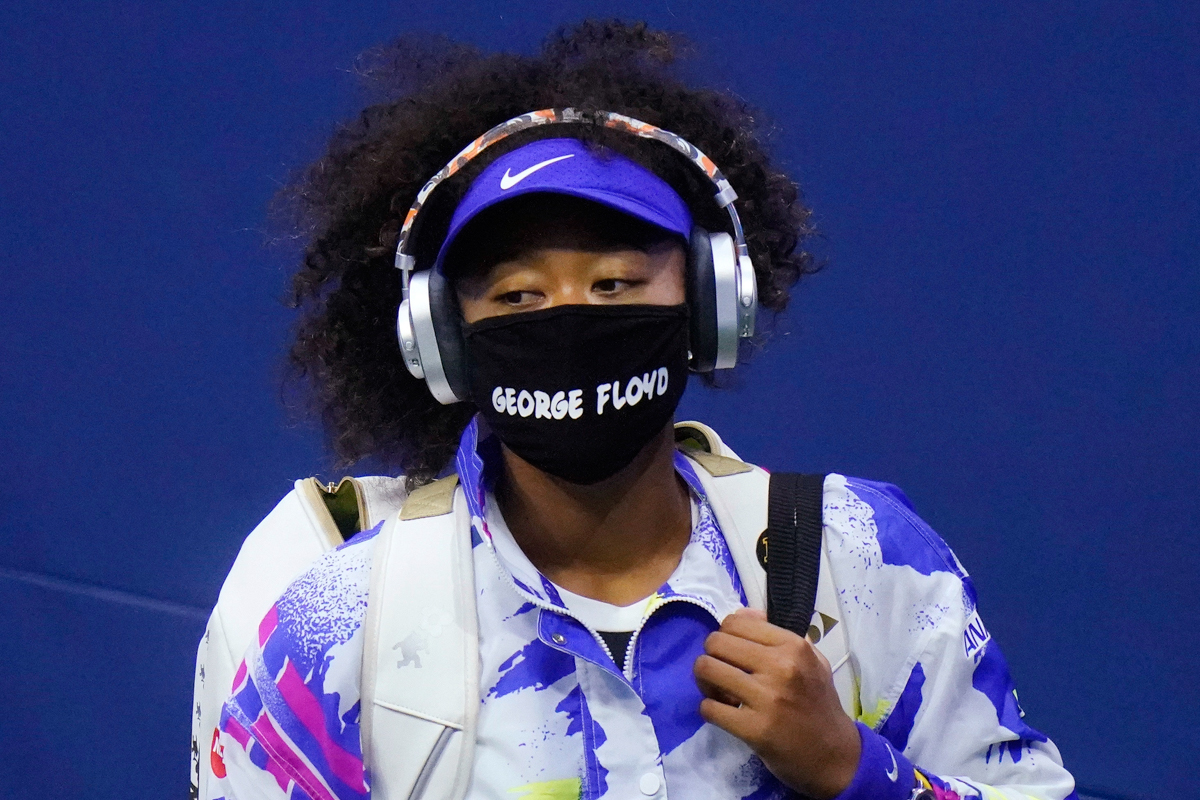 Naomi Osaka, of Japan, wears a protective mask due to the COVID-19 virus outbreak, featuring the name “George Floyd” while arriving on the court to face Shelby Rogers, of the United States, during the quarterfinal round of the US Open tennis championships, Tuesday, Sept. 8, 2020, in New York. (AP Photo/Frank Franklin II) 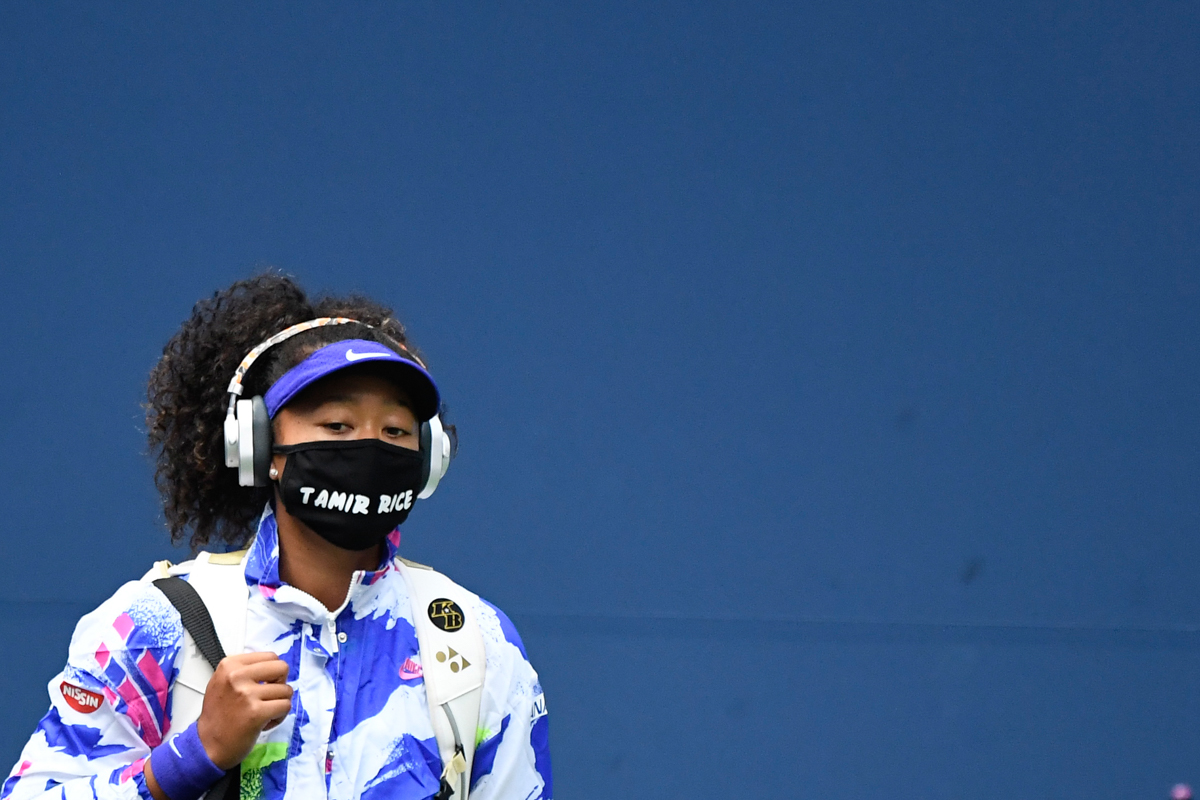 Sep 12 2020; Flushing Meadows, New York, USA; Naomi Osaka of Japan walks onto the court wearing a mask with the name of Tamir Rice prior to her match against Victoria Azarenka of Belarus (not pictured) in the women’s singles final on day thirteen of the 2020 U.S. Open tennis tournament at USTA Billie Jean King National Tennis Center. Mandatory Credit: Danielle Parhizkaran-USA TODAY Sports 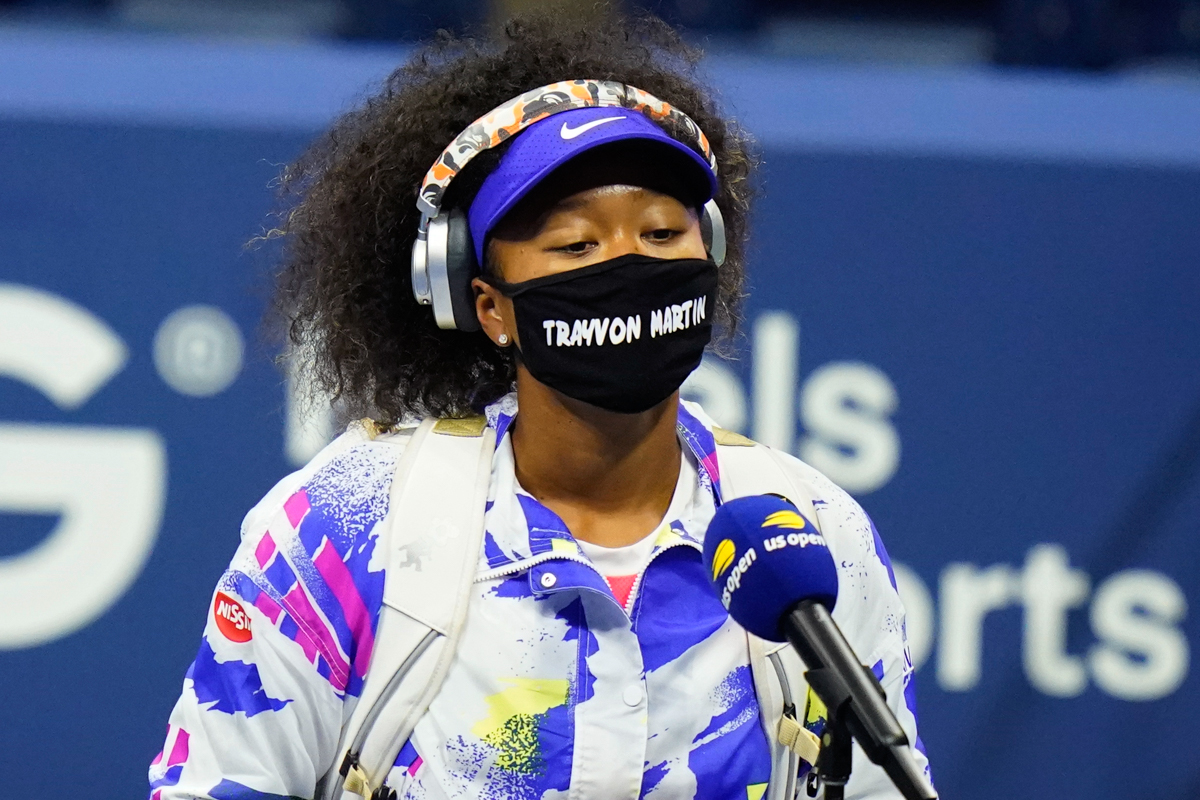 Naomi Osaka, of Japan, wears a Trayvon Martin mask before a fourth-round match against Anett Kontaveit, of Estonia, at the US Open tennis championships, Sunday, Sept. 6, 2020, in New York. (AP Photo/Frank Franklin II) 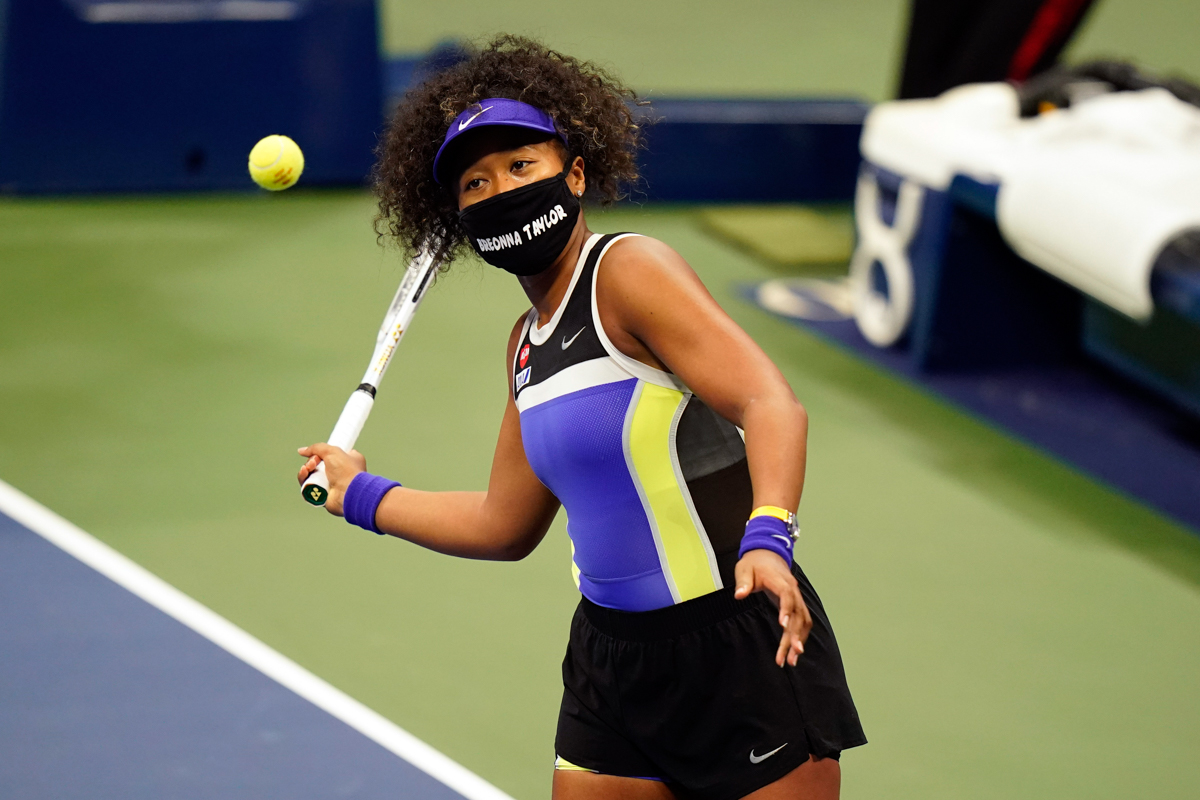 Naomi Osaka, of Japan, wears a mask in honour of Breonna Taylor as she celebrates after defeating Misaki Doi, of Japan, during the first round of the US Open tennis championships, Monday, Aug. 31, 2020, in New York. (AP Photo/Frank Franklin II)

It’s definitely a final to remember!

Fashion Design, Runway & Teamwork… Everything ‘WAWstatic’ that went down on #BBNaija Day 54