In Case You Were Wondering Why There Are No Superheroes in Nigeria, this Twitter Thread Explains

Taaooma's Set Shenanigans & TikTok Compilation will Crack You Up🤣

Bovi & Mr Macaroni's Comedy Skit is All About the Twitter Ban 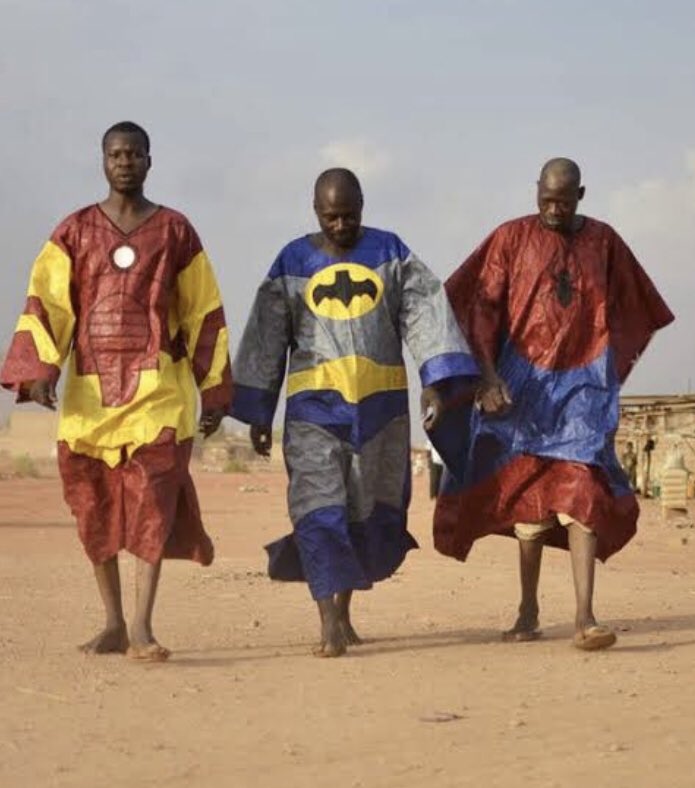 Wonder Woman, Batman, Superman, Ironman, Captain Marvel, Captain America—so many superheroes and none of them Nigerian. Even the African one, Black Panther, isn’t from the most populous black nation, but a fictional one, Wakanda.

And, it seems like we weren’t the only wondering why this is so.

Twitter user @Mide_yy made a simple tweet, If superheroes were in Nigeria; and the replies show exactly why we don’t have superheroes in Nigeria.

Dr. Banner after turning to the hulk for the 13th time in a day because of Police, Danfo Drivers and Sarz pic.twitter.com/zRBFmS1QuC

The Flash trying to tell Sarz he’s a superhero not a Yahoo boy pic.twitter.com/zRRX9mwRMY

When Cyborg remembers there won’t be light for the next 3 days pic.twitter.com/mfZl893nGr

Captain America when he finds out they’re using his shield to fry akara pic.twitter.com/QNuTPmfmCi

Wonderwoman tries to save mama
Mama: why are you dressing like ashawo?

Spiderman ordering bolt Because no skyscrapers to swing from.

Deadpool waiting for Nigerian Tailors to sew his costume after two months. pic.twitter.com/yzB3srZb2p

Wen d tailor arrive dis is what he gets
What i ask 4. Vs. What i get pic.twitter.com/yi6WRZQOyR

Those aboki that picks metals seeing iron man in his suit pic.twitter.com/GaSHSK2KEd

When Batman is fighting crime and someone says "your father" https://t.co/laN4xbSFQP pic.twitter.com/1WvsKe5m9Z

Ant man when he arrives to save a family and they spay him ota pia pia https://t.co/73hUGEUlMS pic.twitter.com/WHbHFh1Jl3

Aquaman trying to explain to people that he's not mami water https://t.co/wP6QYRtHB6 pic.twitter.com/l9LWpGMVsO

I've had this for over a year and it's still funny asl https://t.co/Ncht3utbQC pic.twitter.com/1evRdVqeRi

Flash after seeing a gala seller run past him https://t.co/rrQADDdvAd pic.twitter.com/Eu3AhZ6e1m

Cyborg's father after using him to hack Zenith and UBA https://t.co/NAcskWwTwS pic.twitter.com/0aDzqFIegQ

Need we go on? With these few points of ours, we hope we’ve been able to convince you, and not confuse…

Can Dr Jude Solve Abiodun & Stephanie’s Allowance Issue? Find Out on this Episode of “Therapy”