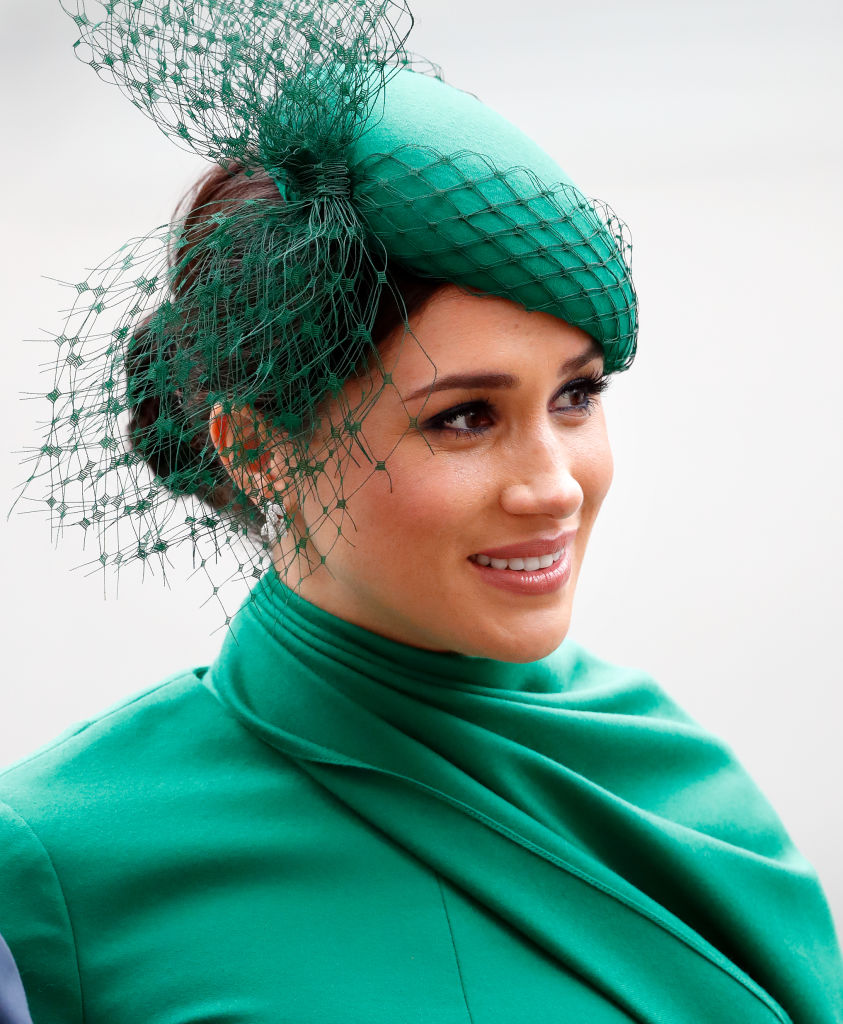 Meghan Markle, the Duchess of Sussex, in a moving Op-Ed written for the New York Times, she revealed she suffered a miscarriage in July this year, opening up about the deep grief and loss she endured with her husband Prince Harry.

She said: “Losing a child means carrying an almost unbearable grief, experienced by many but talked about by few.” In the article, she describes feeling a sharp pain while she was holding son, Archie.

I felt a sharp cramp. I dropped to the floor with him in my arms, humming a lullaby to keep us both calm, the cheerful tune a stark contrast to my sense that something was not right. I knew, as I clutched my firstborn child, that I was losing my second.

Hours later, I lay in a hospital bed, holding my husband’s hand. I felt the clamminess of his palm and kissed his knuckles, wet from both our tears. Staring at the cold white walls, my eyes glazed over. I tried to imagine how we’d heal.

Recalling the royal visit she and Harry made in September 2019 to South Africa, she wrote:

I recalled a moment last year when Harry and I were finishing up a long tour in South Africa. I was exhausted. I was breastfeeding our infant son, and I was trying to keep a brave face in the very public eye.

‘Are you OK?’ a journalist asked me. I answered him honestly, not knowing that what I said would resonate with so many — new moms and older ones, and anyone who had, in their own way, been silently suffering. My off-the-cuff reply seemed to give people permission to speak their truth. But it wasn’t responding honestly that helped me most, it was the question itself.

‘Thank you for asking,’ I said. ‘Not many people have asked if I’m OK.’

I answered him honestly, not knowing that what I said would resonate with so many — new moms and older ones, and anyone who had, in their own way, been silently suffering. My off-the-cuff reply seemed to give people permission to speak their truth. But it wasn’t responding honestly that helped me most, it was the question itself.

Meghan says she was sitting in a hospital bed watching her “husband’s heartbreak” when she realised that the only way to heal was to ask herself “Are you OK?”.

In her article, the Duchess of Sussex reflects on how it was heartbreaking to learn just how many women suffer from miscarriages and yet the conversation remains “taboo, riddled with (unwarranted shame)” and “perpetuates a cycle of solitary mourning”.

In the pain of our loss, my husband and I discovered that in a room of 100 women, 10 to 20 of them will have suffered from a miscarriage. Yet despite the staggering commonality of this pain, the conversation remains taboo, riddled with (unwarranted) shame, and perpetuating a cycle of solitary mourning.

Some have bravely shared their stories; they have opened the door, knowing that when one person speaks the truth, it gives license for all of us to do the same.

She describes 2020, as a year of breaking points for the world, the global COVID-19 deaths, social isolation of lockdown and the Black Lives Matter protests sparked by the deaths of George Floyd, Breonna Taylor and many other in the United States.

A young woman named Breonna Taylor goes to sleep, just as she’s done every night before, but she doesn’t live to see the morning because a police raid turns horribly wrong. George Floyd leaves a convenience store, not realizing he will take his last breath under the weight of someone’s knee, and in his final moments, calls out for his mom. Peaceful protests become violent. Health rapidly shifts to sickness. In places where there was once a community, there is now a division.

That polarization, coupled with the social isolation required to fight this pandemic, has left us feeling more alone than ever.

In the final part of the article, Meghan encourages people to ask: ‘Are you OK?’, saying that she believes that the ‘load of grief often becomes lighter’ when talked about.

In being invited to share our pain, together we take the first steps toward healing.

As much as we may disagree, as physically distanced as we may be, the truth is that we are more connected than ever because of all we have individually and collectively endured this year.

We are adjusting to a new normal where faces are concealed by masks, but it’s forcing us to look into one another’s eyes — sometimes filled with warmth, other times with tears. For the first time, in a long time, as human beings, we are really seeing one another

The article ends with: ‘Are we OK? We will be’.