Today, it’s all about online comedian  Taaooma and her lover, Abula.

The two met in Ilorin, Kwara State during Abula’s  NYSC year and guess what drew them to each other? Their love for filming and editing, pretty obvious, yeah.

When Abula was ready to pop the question, he took her all the way to Namibia where she grew up and yes, she said yes! See all the photos below 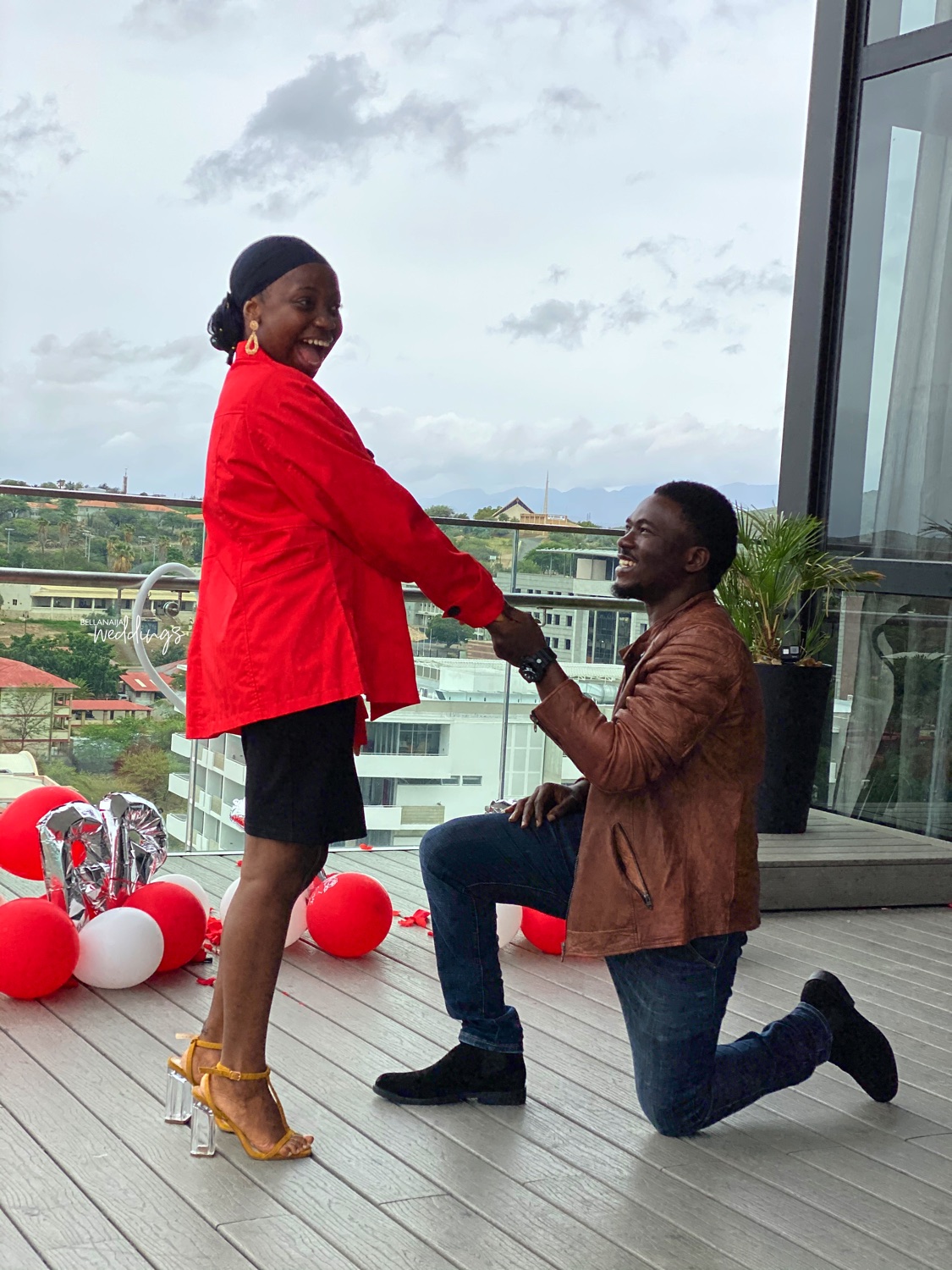 How We Met
By the groom-to-be, Abula

I met her during my NYSC in Kwara state, she had just returned from Namibia for her higher studies in Kwasu. Her older brother was a family friend so with this we got close automatically. She developed so much interest in what I do which is filming and editing and I decided to teach her and put her through the basics. A few months down the line I realized I couldn’t do without her and I had totally become so fond of her ! it took me no time to know I was in love and she was the one for me. Luckily for me the feeling was mutual then we decided to take the relationship to the next step by dating since then she has been the best thing that has ever happened to me and I knew there was no turning back as this is the woman I was going to make my wife. 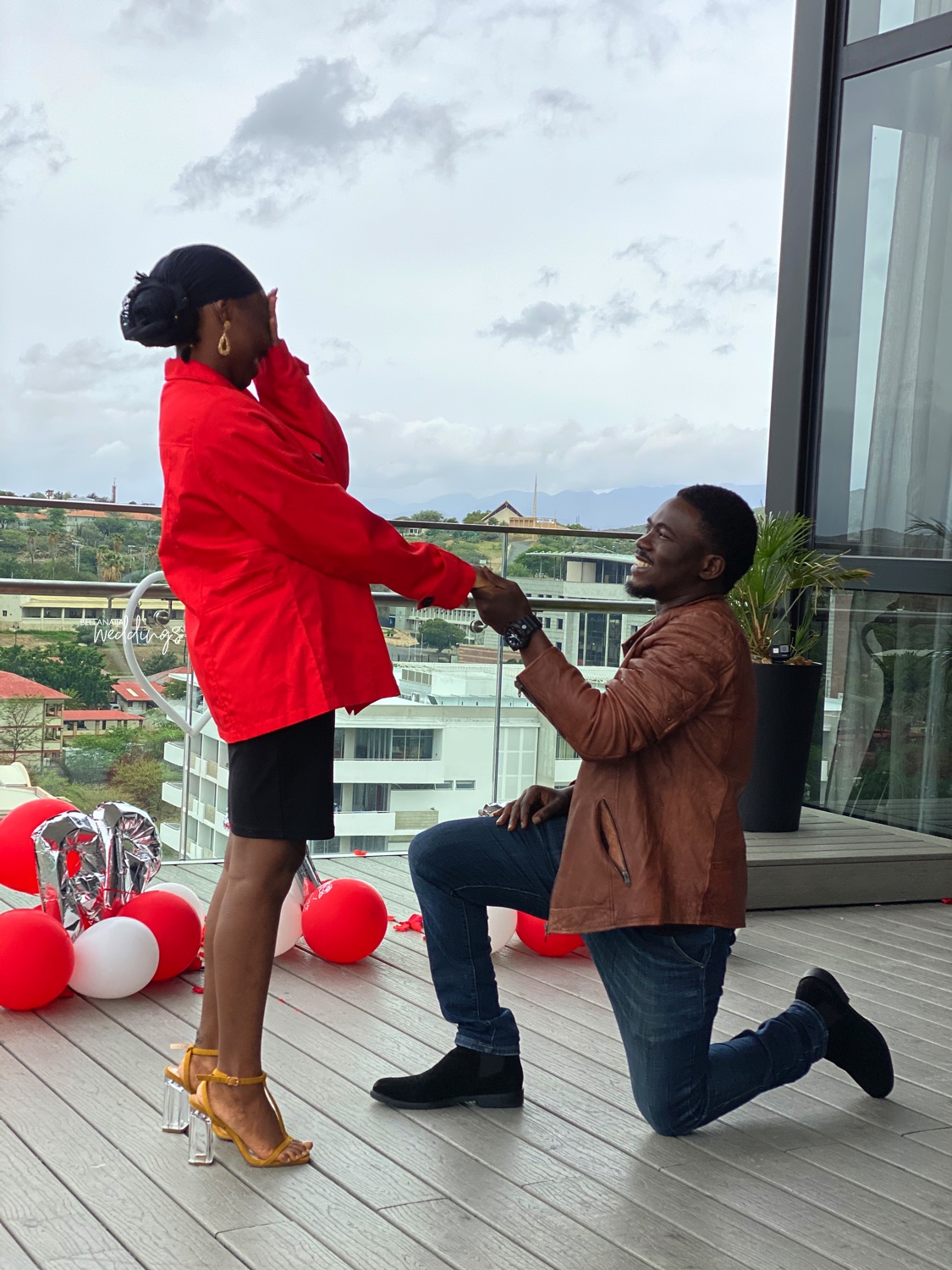 Our Proposal Story
By the groom-to-be, Abula

For the proposal, I contacted @sparkplugproposals to assist in the planning. I chose Namibia and decided to fly all the way with her because that’s where she grew up and I wanted her to share the moment with a few of her close friends and most especially because Namibia holds a special place in her heart. I was going to propose on her birthday but I didn’t want her to suspect or have a clue so I Decided to propose immediately after her birthday, She said YES and I can’t wait to spend the rest of my life with her. 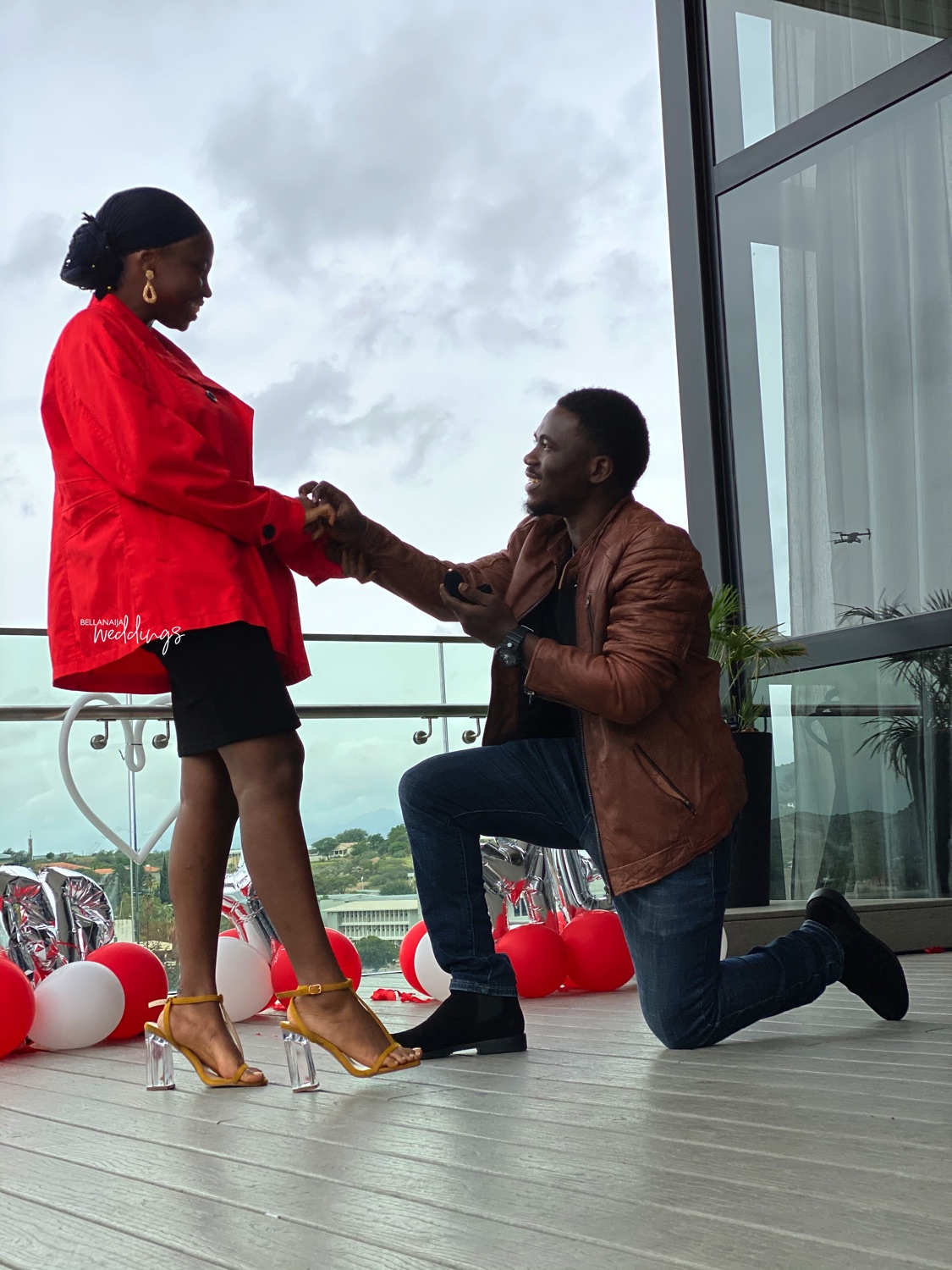 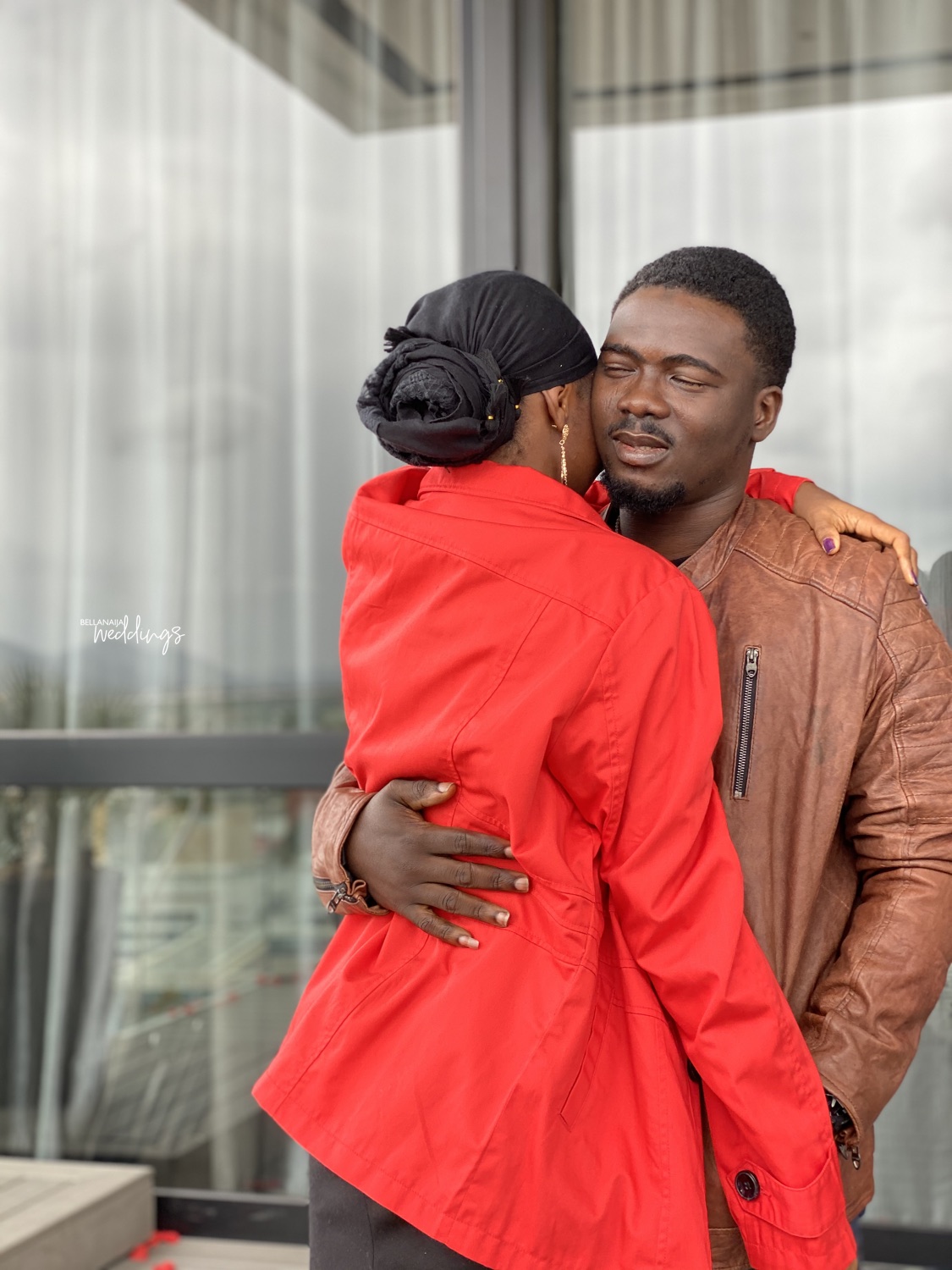 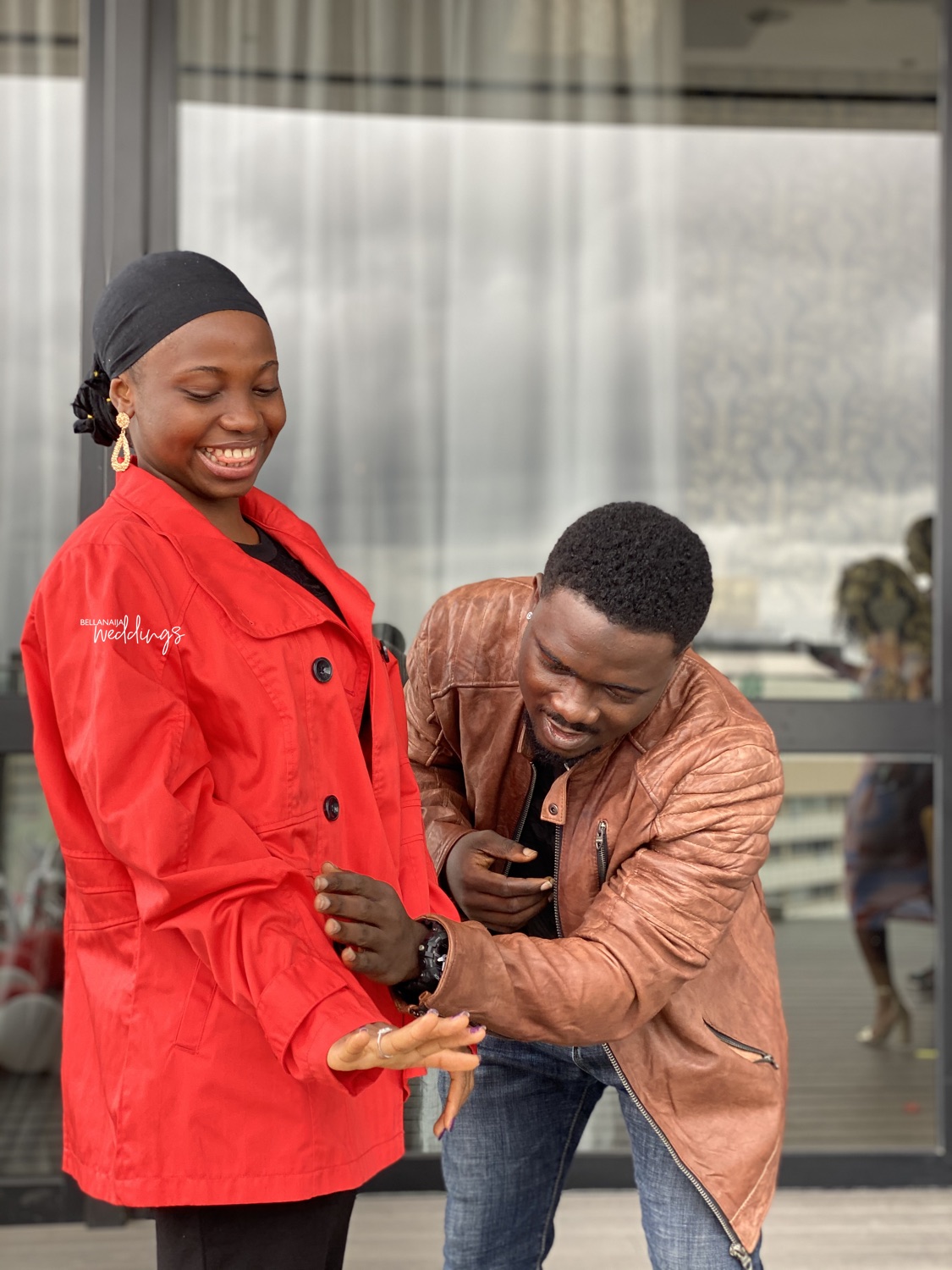 Our Proposal Story
By the bride-to-be, Taaooma

I met Abula in Ilorin when he came for his youth service (NYSC), he was a cinematographer and I had a passion for it and really wanted to learn so I got closer to him.  We became friends, there was a spark between us and our love just began automatically. The proposal came as a shock to me because I had no clue he was planning this right under my nose, I know there was a time he gave me something to try on my hands ( not knowing it was a ring sizer for knowing my ring size ) I thought it was just something from set from one of the designers he worked with. It was An amazing feeling getting to the rooftop and seeing all my friends and of course saying Yes to my best friend. 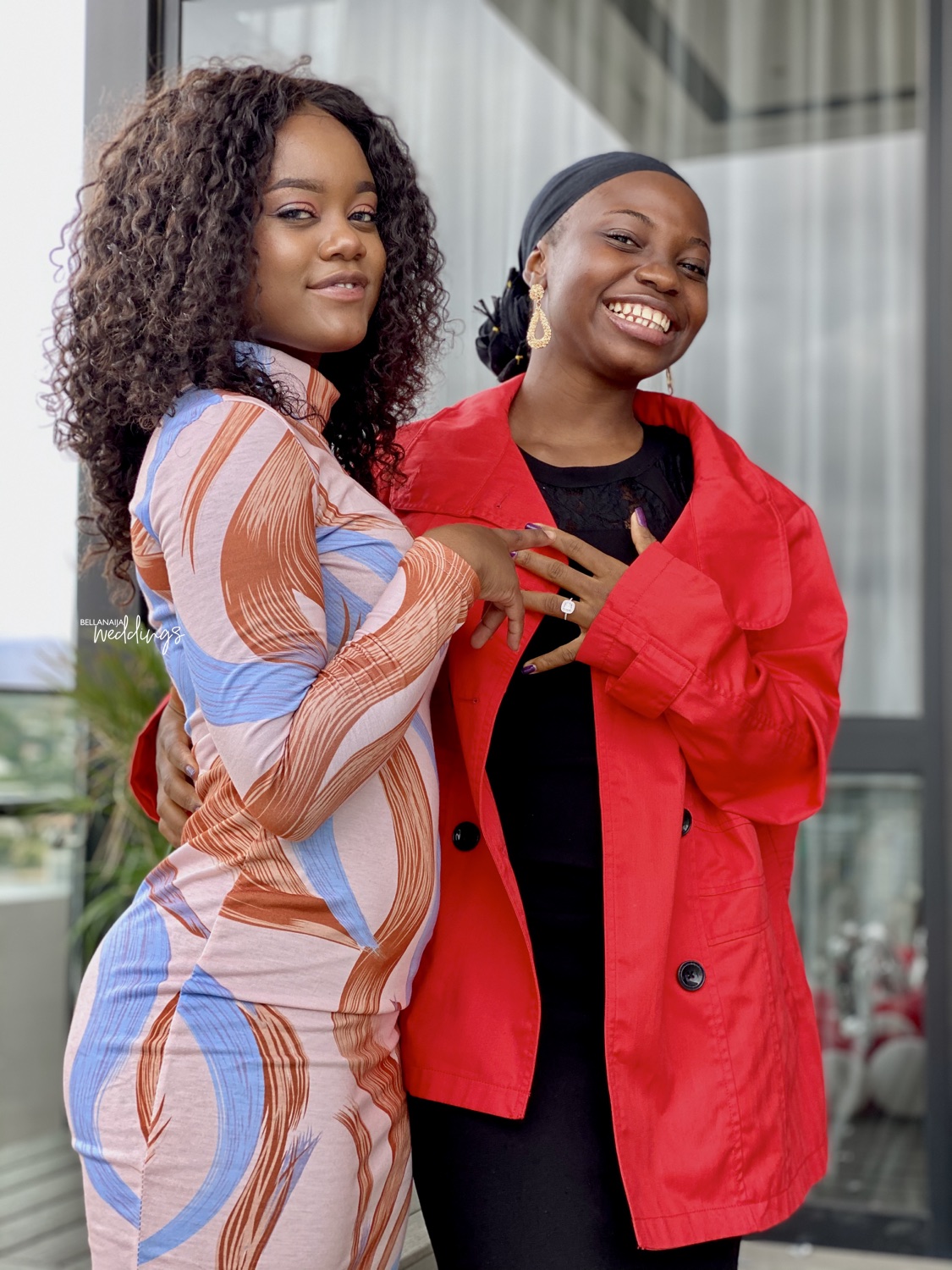 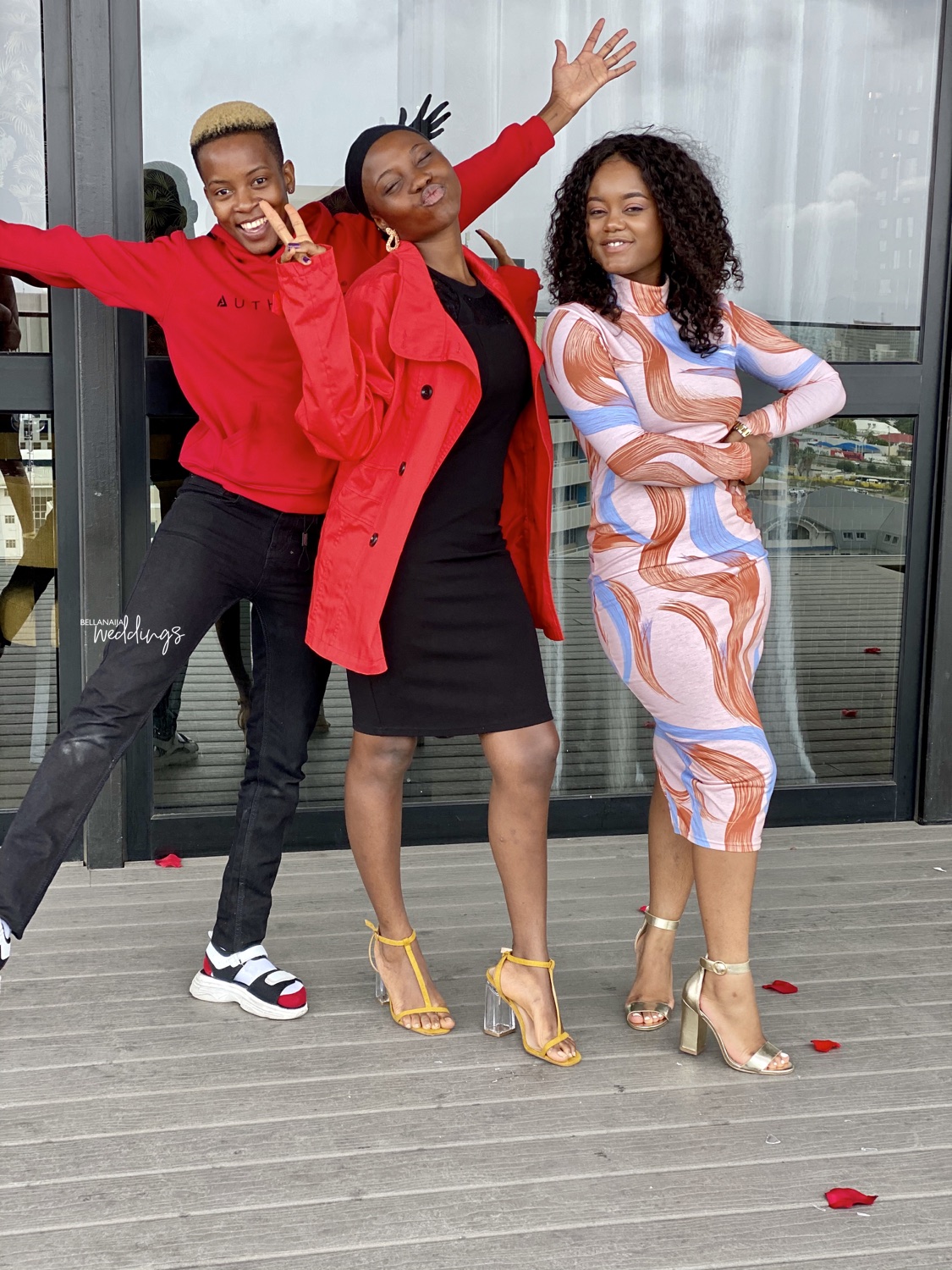