Congratulations to Temie Giwa-Tubosun of Lifebank for Winning the Global Citizen Prize for Business Leader! 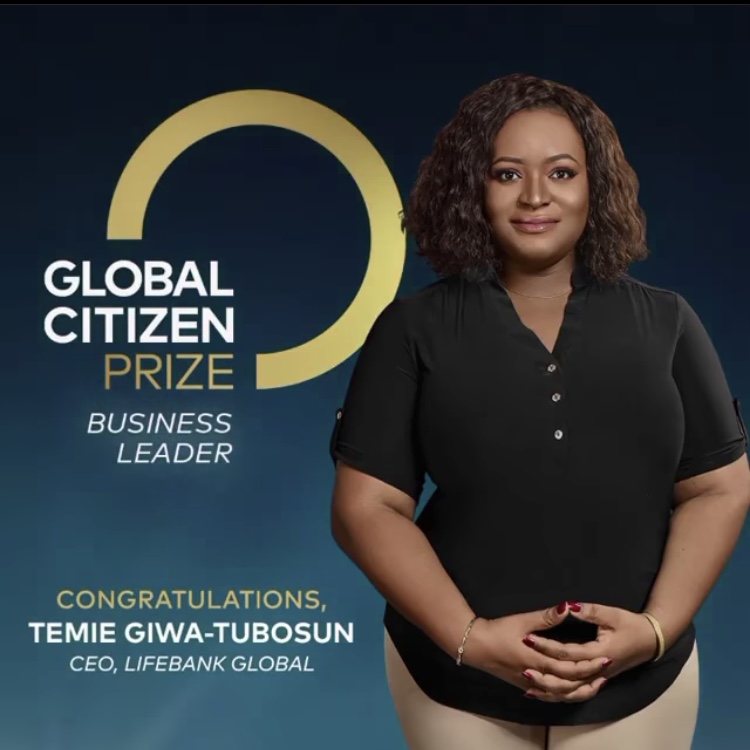 Founder of Lifebank Temie Giwa-Tubosun has won the 2020 Global Citizen Prize for Business Leader, which honours “an individual in the business community who has combined business goals with positive human impact.”

She was recognized for her work as a “health advocate in addressing blood shortages in Nigeria; her innovative use of technology, and the partnerships she has harnessed to expand initiatives” and for “LifeBank’s COVID-19 response — including launching testing centres, and free delivery of medical oxygen to COVID-19 patients in isolation centres.”

Temie was inspired to launch Lifebanks after she encountered a young pregnant woman in a village in Kano who had been in labour for several days, suffering from bridge birth complications. “I started LifeBank because I wanted a world where women no longer died from preventable causes like postpartum haemorrhage,” she said in 2017. Lifebank is a digital medical distribution company which delivers vital medical requirements such as blood, oxygen, plasma, and vaccines to hospitals in Nigeria since 2016.

Other winners of the Global Citizen Prize include Bryan Stevenson who emerged Global Citizen of the Year, Elton John who won the GC Artist of the Year award, Ursula von der Leyen who won GC Prize for World Leaders and more inspiring people.

The Country Hero and the CISCO Youth Leadership Awards will be presented during the award ceremony set to take place on December 19, 2020.