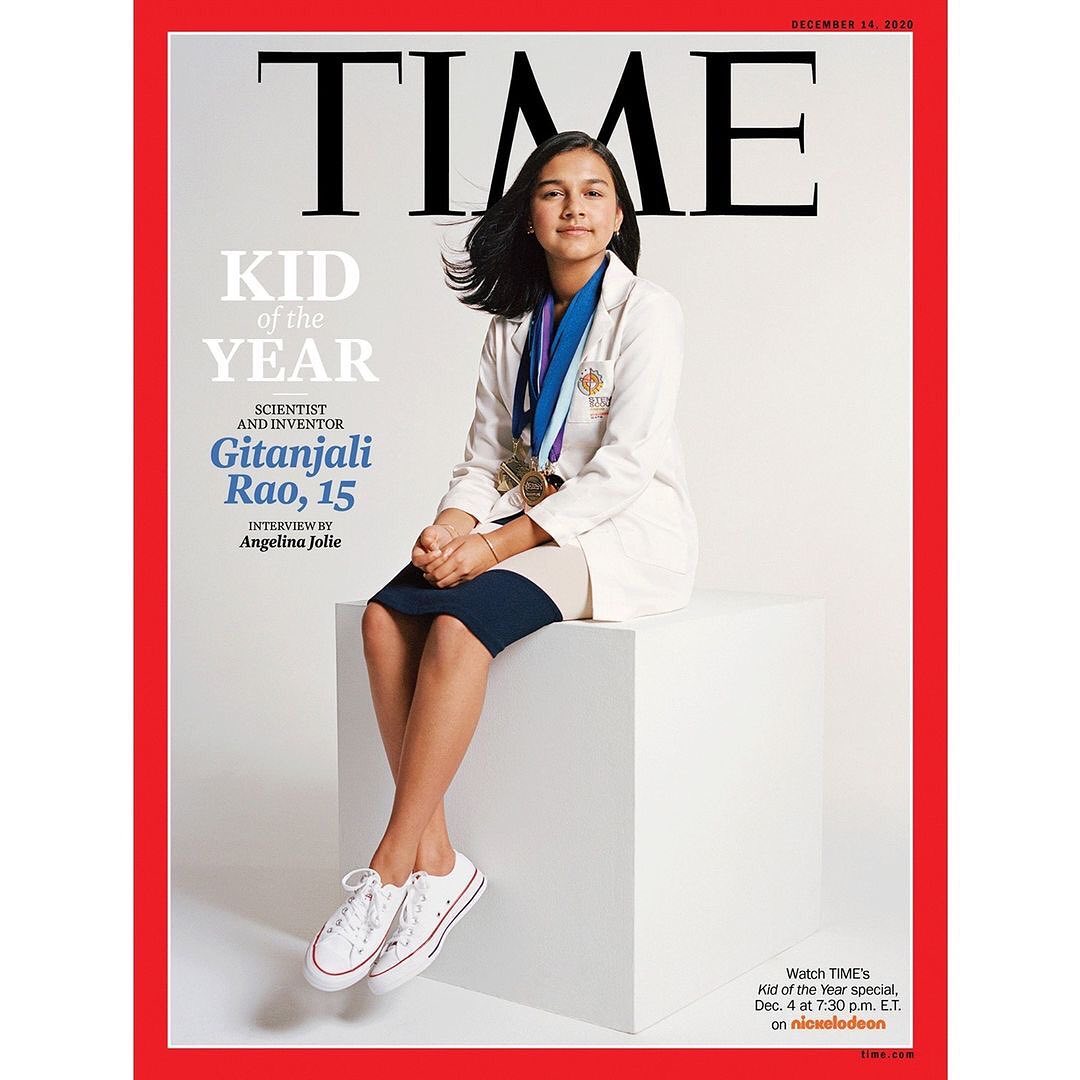 Time has revealed its first-ever Kid of the Year, 15-year-old Gitanjali Rao.

Gitanjali Rao who was selected from a field of more than 5,000 nominees spoke with actress and activist Angelina Jolie about her astonishing work “using technology to tackle issues ranging from contaminated drinking water to opioid addiction and cyberbullying, and about her mission to create a global community of young innovators to solve problems all over the world.”

When asked when she knew that science was a passion of hers, here’s what she had to say:

I feel like there wasn’t really one specific aha moment. I was always someone who wanted to put a smile on someone’s face. That was my everyday goal, just to make someone happy. And it soon turned into, How can we bring positivity and community to the place we live? And then when I was in second or third grade, I started thinking about how can we use science and technology to create social change. I was like 10 when I told my parents that I wanted to research carbon nanotube sensor technology at the Denver Water quality research lab, and my mom was like, “A what?”

It’s a service called Kindly—there’s an app and a Chrome ­extension—which is able to detect cyberbullying at an early stage, based on artificial-­intelligence technology. I started to hard-code in some words that could be considered bullying, and then my engine took those words and identified words that are similar. You type in a word or phrase, and it’s able to pick it up if it’s bullying, and it gives you the option to edit it or send it the way it is. The goal is not to punish. As a teenager, I know teenagers tend to lash out sometimes. Instead, it gives you the chance to rethink what you’re saying so that you know what to do next time around.

I just looked at what worked for me and decided to share it with everyone else. So I made this process that I use for everything now: it’s observe, brainstorm, research, build, communicate. It started with a simple presentation and lesson plans, and then I started adding labs and contests that students could do. Now I’ve partnered with rural schools, girls in STEM organizations, museums all across the world, and bigger organizations like Shanghai International Youth Science and Technology group and the Royal Academy of Engineering in London to run innovation workshops.

Concerning what she’s working on now:

I’m currently working on an easy way to help detect bio-contaminants in water—things like parasites. I’m hoping for this to be something that’s inexpensive and accurate so that people in third-world countries can identify what’s in their water.

Read the full conversation on Time.