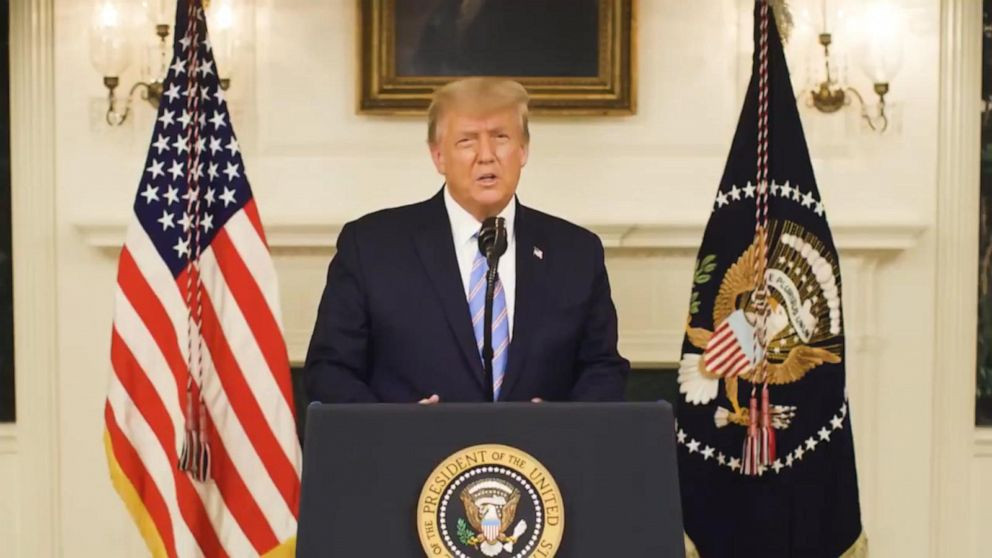 After been locked out of Twitter for a while, President Donald Trump, in a three-minute video, spoke from the White House on Thursday, January 7, condemned the invasion of Capitol Hill by his supporters on Wednesday.

He said a new administration will be inaugurated on January 20th, which is the new administration of President-elect Joe Biden. “Like all Americans, I am outraged by the violence, lawlessness and mayhem,” the president said in Thursday’s video. “America is and must always be a nation of law and order. the demonstrators who infiltrated the Capitol have defiled the seat of American democracy.”

“A new administration will be inaugurated on Jan. 20. My focus now turns to ensuring a smooth, orderly and seamless transition of power. This moment calls for healing and reconciliation…. To those who engaged in the acts of violence and destruction, you do not represent our country, and to those who broke the law, you will pay.”

He also defended his response to the US Capitol riots, saying he “immediately deployed the National Guard”.

“To all of my wonderful supporters, I know you are disappointed, but I also want you to know that our incredible journey is only just beginning,” he said at the end of his remarks.

Related Topics:Donald TrumpJoe BidenTwitter
Up Next

Airplane Manufacturer, Boeing charged with “Conspiracy to Defraud the US” over 737 MAX crash