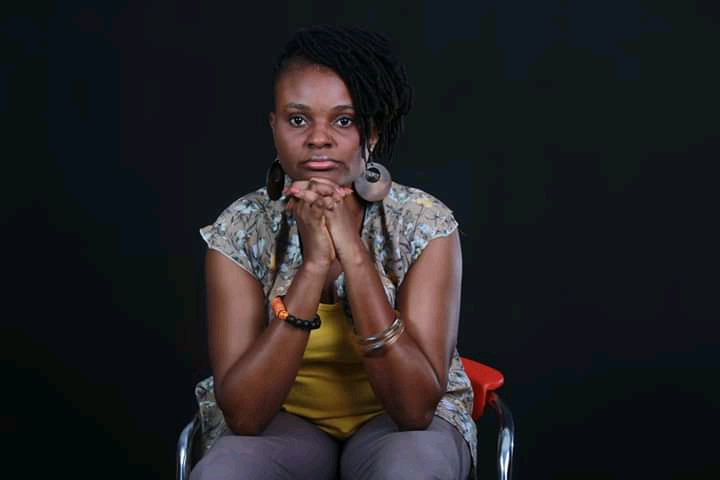 Following the controversy that has surrounded Ebonylife Films, the producers of popular Netflix film “Òlòtūré”, journalist Tobore Ovuorie has made a statement addressing the issue.

It all began after the investigative journalist made allegations of copyright infringement towards Ebonylife Films, claiming that “Òlòtūré” which follows the story of a young, naïve Nigerian journalist who goes undercover to expose the shady underworld of human trafficking is an adaptation of her life story which she wrote as an article, “Inside Nigeria Ruthless Human Trafficking Mafia” that was published on August 2014, by Premium Times.

Ebonylife Films responded to the allegations with a statement claiming that ‘Oloture’ is a “work of fiction and was inspired by a variety of true events”. The CEO, Mo Abudu also addressed the allegations in a video posted on her official Instagram page where she said that they sought and obtained the right from Premium Times, the owners of the story, and as such, had fulfilled their legal obligation.

Tobore Ovuorie who said she couldn’t initially view the video as she had been blocked from viewing Mo Abudu’s Instagram page has now responded to the video with a statement “to set the records straight for the sake of posterity.”

Tobore stated that the human trafficking investigation in her story upon which “Òlòtūré” is based had commenced prior to her employment with Premium Times. She insists that the film is not fiction nor about “several other faceless journalists who had done what she did but did not publish their experiences”, but is an adaptation of her work and life story and that it was made without her express permission. “A movie about women victimization cannot end up creating further victimization,” she wrote.

Firstly, EbonyLife claimed that the right to use my life story was legally obtained from my erstwhile employer – Premium Times. Unfortunately for them and as I had earlier informed them through my lawyers, the human trafficking investigation in my story had commenced prior to my employment with Premium Times. It is disheartening that Aunty Mo could in fact mention that she got the right to my life-story (that has impacted on my life since then in many ways) from my ex-employer.

Secondly, I am in shock that Aunty Mo would claim that I was contacted prior to the Movie in one breath and in another breath that the story is not about me but about several other faceless journalists who had done what I did but did not publish their experiences.

If Ebonylife had given me full disclosure from the beginning, we would not be where we are, at this point. Yes, Oloture is an important film to be made but must be done the right way. A Movie about women victimization cannot end up creating further victimization.

Oloture is an ADAPTATION of my work and life-story. I experienced the investigation, the process, and the risks, upon which the movie is based. I also single-handedly authored the publication the Movie relied on. The publication of my experience is what gave birth to Oloture. A Movie about sex trafficking does not need to be centered around a journalist and it does not need to play out the plots of my published story.

Responding to claims that her actions are for money and because the movie gained international recognition, Tobore stated,

My obvious interest had always been to be given appropriate credit for my work, far above the compensatory claim. My lawyers’ letter to EbonyLife had categorically demanded for:

• The immediate inclusion of a proper open credit and end credit in the Movie, acknowledging the adaptation of her work in line with industry standard and practice; and

• Restriction on any further exploitation of our Client’s published life story by your good self, your company and its related companies or affiliates, in any form, including our Client’s post -investigation struggles and experiences, such as her nervous breakdown episodes, which she personally shared with you on set, on or about 6 June 2019 during the recording of the special edition of your program titled: ‘Moments With Mo’ at the Ilupeju recording studio of your company.

The open and end credits of the Movie should be re-edited to read as follows:

Open Credit:
“THIS FILM IS LARGELY BASED ON EVENTS WHICH HAPPENED TO A NIGERIAN INVESTIGATIVE JOURNALIST IN A 2014 PUBLISHED INVESTIGATIVE STORY”.

End Credit:
“THIS FILM IS AN ADAPTATION OF:
WEST AFRICA| UNDERCOVER INSIDE THE HUMAN TRAFFICKING MAFIA, AN INVESTIGATIVE STORY BY TOBORE OVUORIE PUBLISHED BY ZAM MAGAZINE, NETHERLANDS, ON 22 JANUARY 2014 AND SUBSEQUENTLY BY PREMIUM TIMES, NIGERIA”. 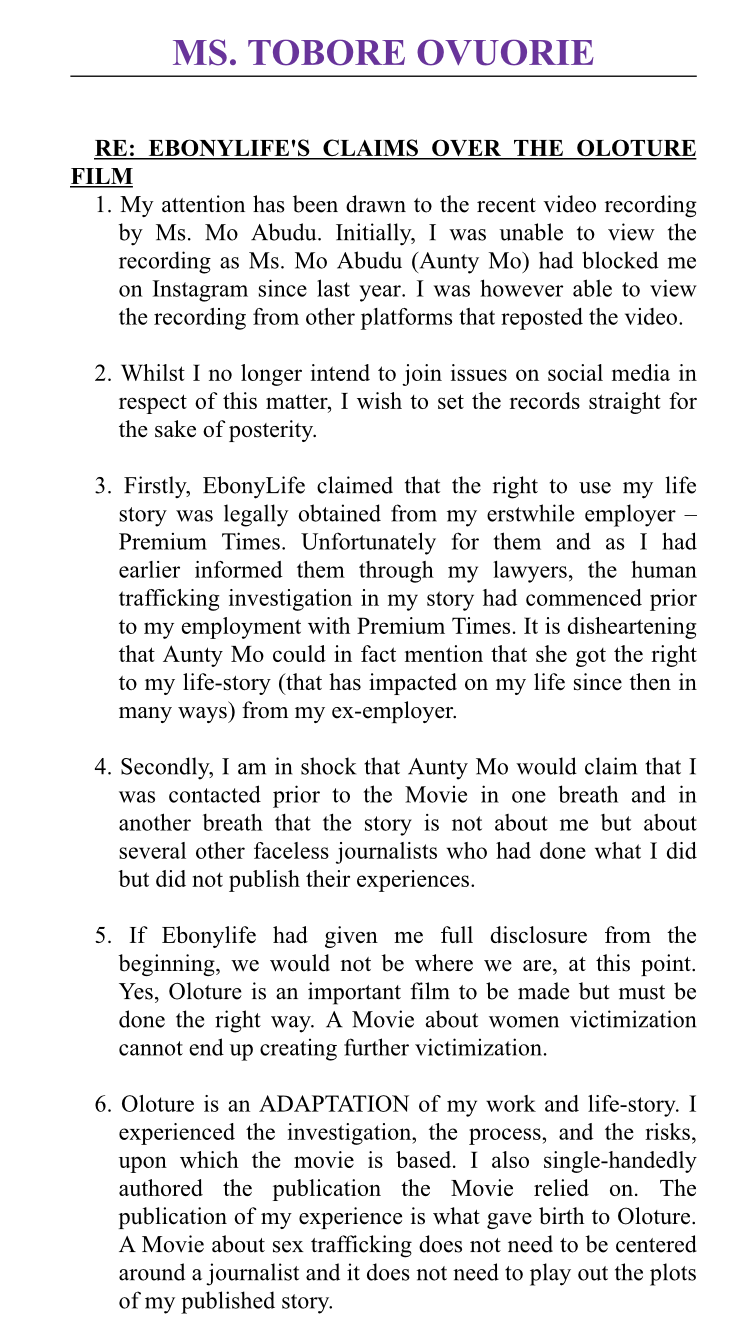 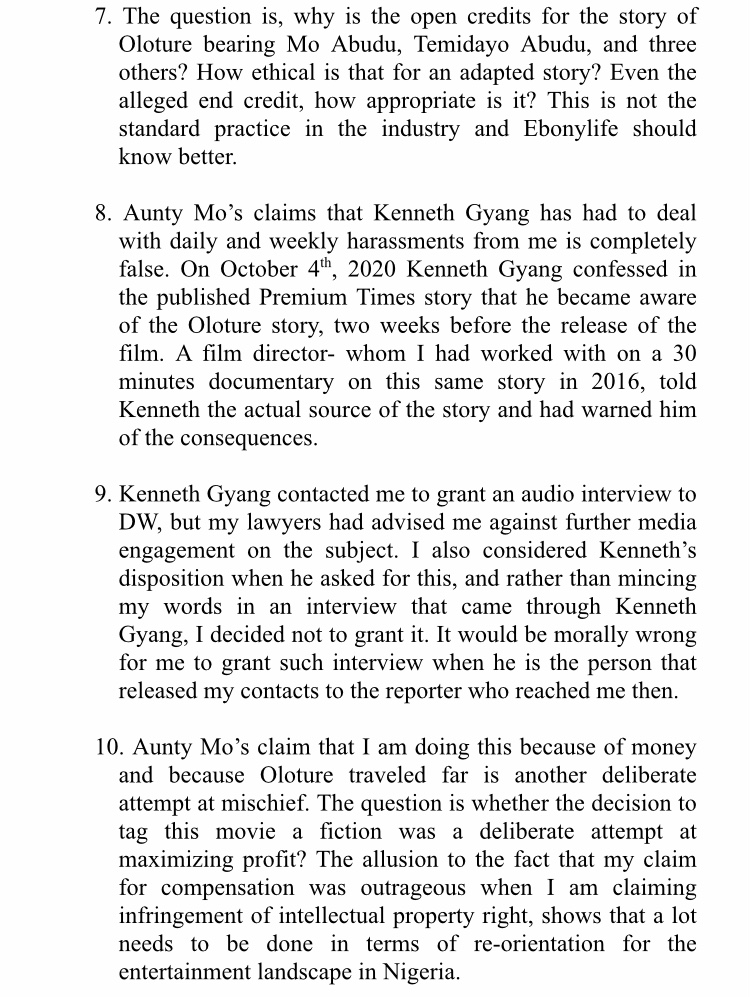 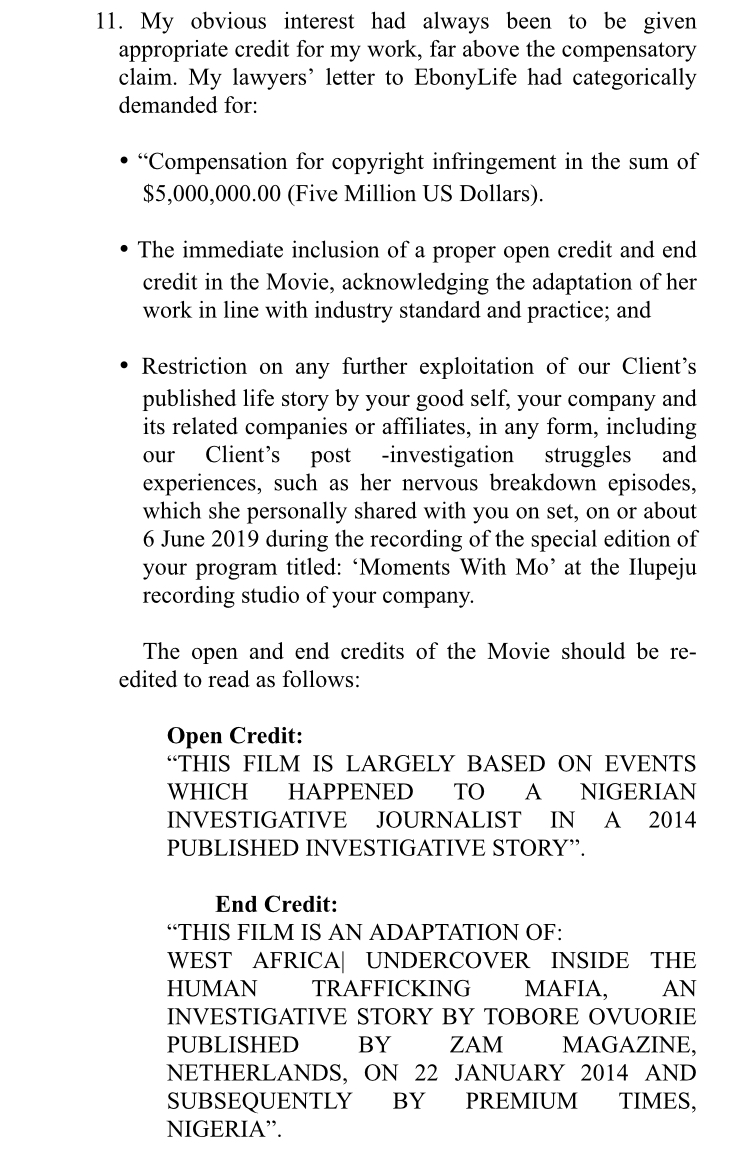 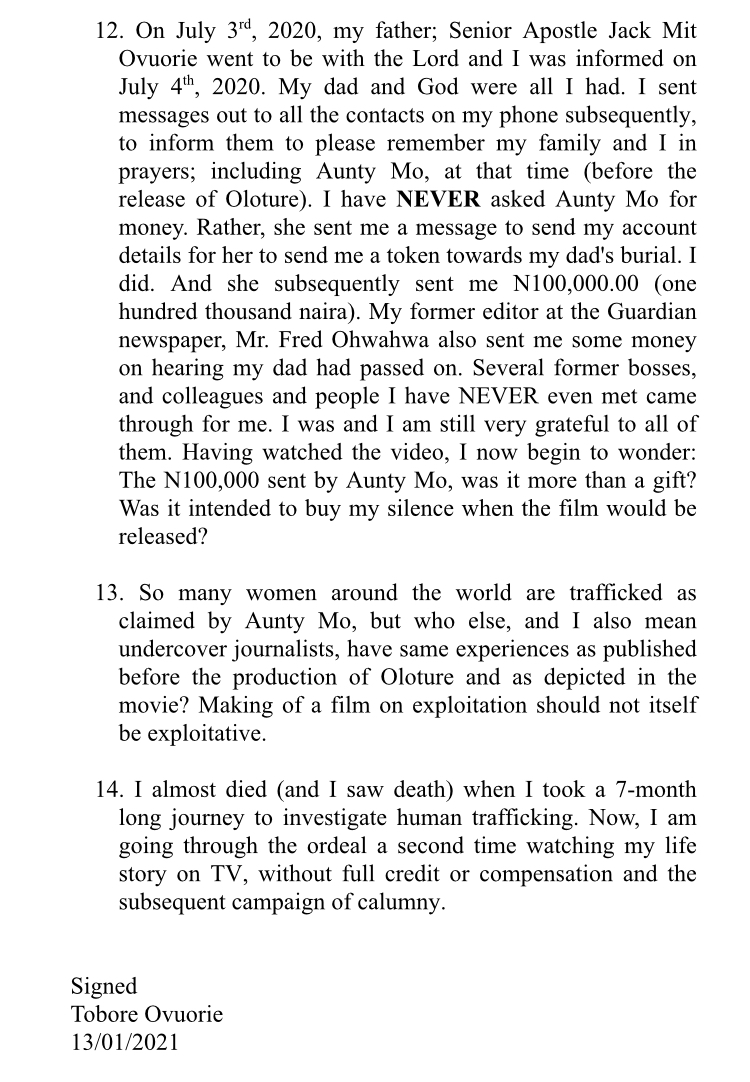