Lagosians are Planning a Peaceful Protest this Weekend with #OccupyLekkiTollGate 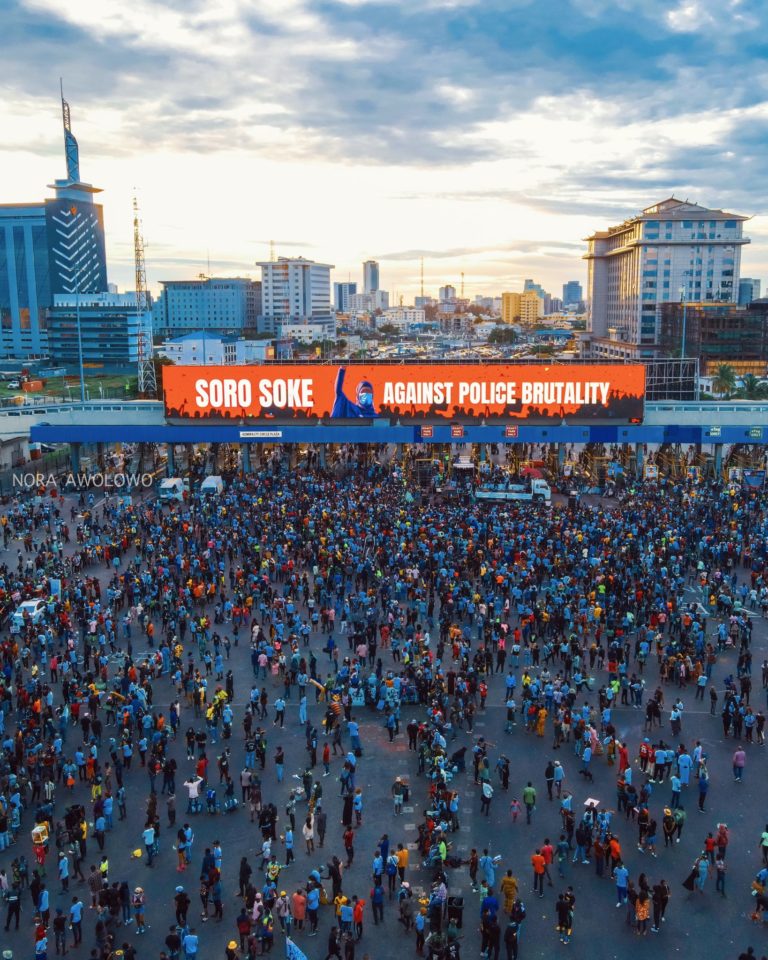 In October 2020, the Lekki Toll Gate massacre rocked Nigeria as the tragic event turned what was supposed to be a peaceful protest into the shooting of Nigerian youths. Since then, the toll gate has stayed close with people suggesting that the place be renamed in honour of those who lost their lives at the toll gate.

The question of if and when the toll gate should reopen had been left unanswered until recently when Lagos State Judicial Panel ruled in favour of Lekki Concession Company, for the Lekki tollgate to be reopened. The last sitting took place on Saturday with nine members of the panel led by Justice Doris Okuwobi (rtd). At the end of the hearing, five members voted in favour of reopening of the tollgate at the last sitting on Saturday, according to Sahara Reporters.

Following the news, Nigerians have taken to social media to express their disappointment in the decision of the Lagos State Judicial Panel. With an “Anti-Lekki Tolling Movement” tagged #OccupyLekkiTollgate, the youths have fixed a protest at the tollgate set for the 13th of February, insisting that the departed souls of the Lekki Toll Gate massacre be served justice, as they deserve. The youths have also released a list of fundamental demands “in consonance with the freedom of information act 2011”. The list of demands include: 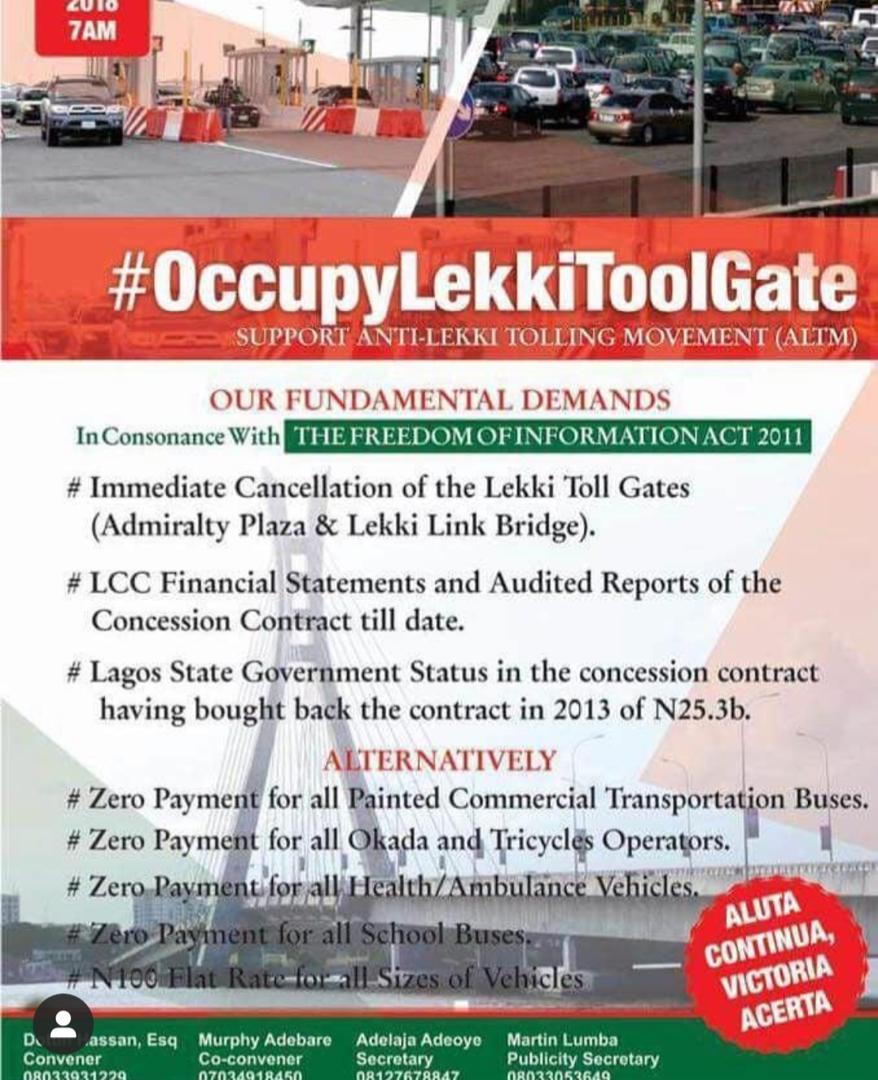 Alternatively, the demands also include:

What we have learned from the Judicial panels , #EndSARS , and #LekkiMassacre ;
1. Never negotiate with this govt.
2. When you go out on the streets, stay on the streets until your demands are met.
3. Prepare for violence, they always bring it.

We need #SoroSokeRadio back online.
We need our HOTLINE back:

Press 1 for medical.
Press 2 for legal.
Press 3 for food and supplies.
Press 4, 5, or 6 for mental health emergencies.

This time, no going back until JUSTICE is served.#OccupyLekkiTollGate #RevolutionNow#EndSARS

I don't know about y'al but ain't paying for that toll again.

The government is so wicked! After wasting so many lives at the toll gate,denying the massacre,now they want to reopen the toll gate?#EndSARS #OccupyLekkiTollGate

The Dead cannot cry out for justice. It is a duty of the living to do so for them. #OccupyLekkiTollGate

How are we so quick to re-open the #Lekkitollgate when justice have not been served to victims and relatives who lost family members during the #lekkimassaccre?

As long as there is no justice for the citizens, the government shall not know peace.#OccupyLekkiTollGate #Justice

The panel was a distraction. The Human Rights Commission of Nigeria voted to open the toll gate choosing money over human rights.

They government does not reserve the right to make money will denying our right to life.