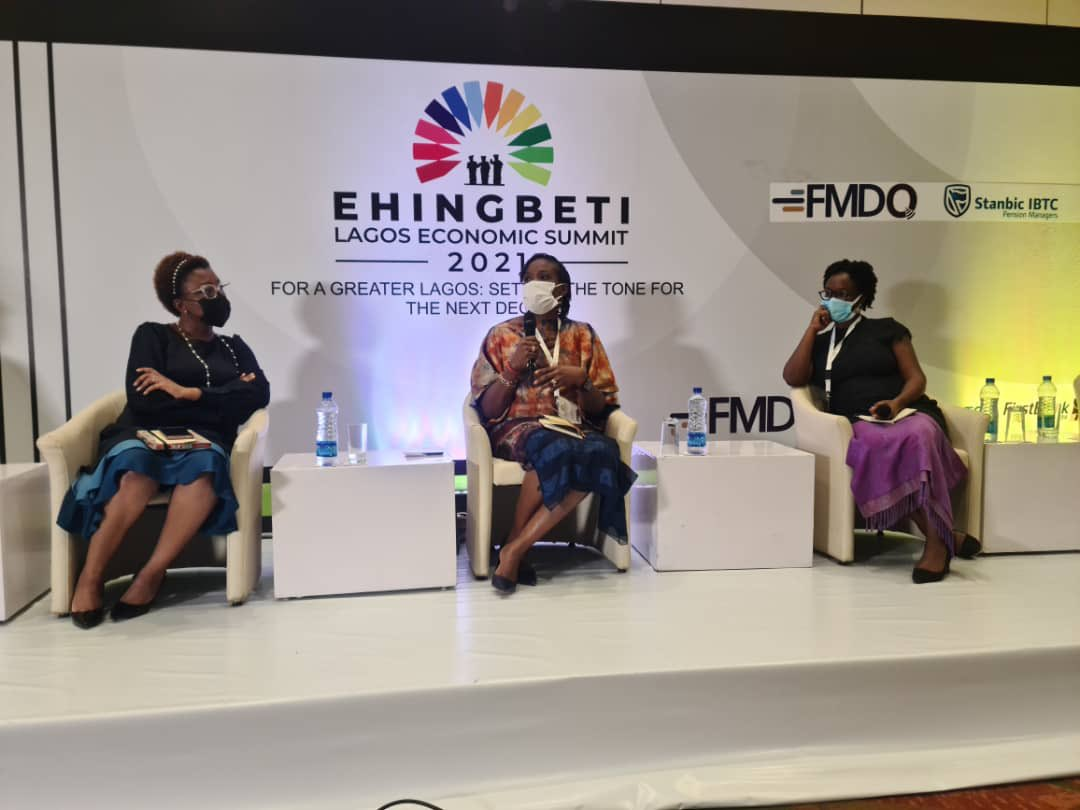 The Lagos State Government recently held its 8th Economic Summit – EHINGBETI 2021 and it birthed at least 11 new resolutions in addition to the existing ones.

Ahead of the three-day event that came to a close on February 18th, Techuncode, a leading technology platform in partnership with the State Government organized a preparatory Hub activation.

Divided into eight series, the preparatory sessions were hosted by different hubs including Plus Innovation that was strategically selected among others.
The respective tech hubs addressed some key challenges and came up with potential solutions that helped greatly in forming part of the new resolutions at the EHINGBETI 2021 summit.

This post contains highlights of everything that went down at the various innovative hubs, although in this case at Plus Innovation Hub.

Overview on Topic
To achieve the Lagos of our dream, there are quite a number of untapped potential to unlock and explore across various sectors.

Agriculture, for instance, boasts of a lot of known and unknown possibilities, some of which should be unlocked to ensure food security and sustainability.
As you may have known by now, creating an enabling environment for sustainable farming is more than advantageous to the Lagos population.

More so, it is equally profitable to the State, as it can serve as a catalyst or booster for not just the agricultural economy but the entire State economy.

While sustainable farming is essential for agriculture and economic growth, it is mostly faced with such challenges as the inability to access funding, insecurity, poor investment infrastructure, and rigid government policies among others.

However, most of these challenges are not immune to solutions, hence the hub discussion that birthed some potential resolution that will be discussed much later.

Discuss and Resolutions
The discussion was divided into three main aspects based on the most challenges faced in the agricultural sector – Access to funding, Security, and an enabling farming ecosystem.

Access to funding
Like every other business that requires a significant amount of funding to thrive, Agriculture also thrives where there is access to funding and other credit facilities.

According to Michael Ogundare, “it is highly essential for the government as well as local financial institutions to invest in farmers; it would be such a booster to our agricultural economy,” he said.

Speaking further on the importance of funding, Michael claimed that the availability of the resources is not the problem here. Instead, “it is access to the tens of billions in profit made by our financial institutions yearly,” Michael added.

Accessing this fund (as a form of investment on the patch of the government) according to Crop2Cash boss would lead to enormous growth in that area.

Overall, Ogundare urged the State government to do more in terms of financing and funding for farmers, something that will help unlock more opportunities.
“If we don’t lend to farmers, they can’t farm and if farmers can farm; then there’s no food,” he said in conclusion.

Security
Insecurity in Nigeria does not end on the Interstate highway, neither in cyberspace; Insecurity is also a major concern in the agricultural space.

In her narration, panelist Modupe Oyetoso revealed her ordeal on her farmland where she was kidnapped by unknown bandits.
Of course, it didn’t end at being kidnapped alone, but her finance also got “murdered” as a result of the unforgettable incident that necessitated her to employ the duty of armed guards on her farm – another liability.

Unfortunately, not so many people are like or can scale through such a traumatic experience like Modupe who aside from being lucky pushed on because of her own ‘why.’

This particular challenge is even scarier considering that Agriculture unlike ‘get rich quick schemes’ is often a long-term process.
As such, the discussion around security is also on a long-term basis; financing this aspect would also have a significant cost impact on farmers.

Speaking further, Modupe talked about how farmers must take on new approaches as to how to explore several agricultural opportunities.

Citing an instance, Modupe said Sorbitol, fructose, and starch are all derivatives of cassava and those are just a few of cassava’s products which if maximized can yield a lot of profit.
While cassava is just a farm produce with numerous advantages, there is a whole lot of other farm produce with multiple advantages as well, further showing that there are endless opportunities to explore.

Overall, Modupe implored the government to work on solving the problem of insecurity to guarantee the lives and investments of farmers.
According to her, there can be no food security without first, securing farmers as well as that of their farmlands.

Enabling Farming Ecosystem (policy and microenvironmental conditions)
Many factors make up an enabling farming ecosystem starting from well-propagated farmland; security like we earlier mentioned; well-regulated government policies; and active stakeholders among others.

Also, speaking of which, Africanfarmer Mogaji buttressed on some of the comparative advantages that Lagos is exposed to;

Overall, Africanfarmer Mogaji recommended that the government should rather focus on policies and macro environment conditions that will allow farming as a business model to thrive.

Similarly, he urged that investment should be made towards new opportunities, especially where the state has a comparative advantage.

Other notable challenges as confirmed by the National Bureau of Statistic (NBS) include smallholder farmers in Nigeria pegged at approximately 48 million; High rate of fertilizer import duty; excessive and unregulated food importation, e.t.c.

What must be done to overcome these challenges?