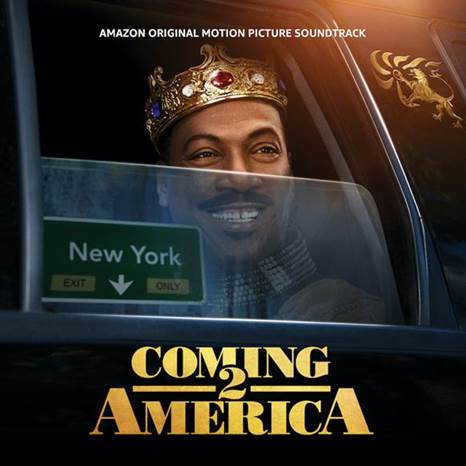 With two albums accompanying the film, “Coming 2 America: Music From the Motion Picture and Rhythms of Zamunda … Music Inspired By Coming 2 America“, Tiwa Savage, Tekno, Larry Gaaga and Alpha P join a select group of artists from around the continent whose music is also featured.

Still riding high since the release of his debut album, “Old Romance“, with an amazing array of collaborators that includes Davido, Drake, Beyoncé, and others, the Tekno has not one, but two of his hit tracks, “Waka Waka” on the official soundtrack and “Skeletun” on Rhythms of Zamunda.

Tiwa Savage graces both soundtracks with the female-empowering single “Koroba” and the hypnotizing “Dangerous Love” taken from her album “Celia”. Tiwa Savage continues to solidify her status as one of the most prominent artists pushing Afrobeats to a global audience. 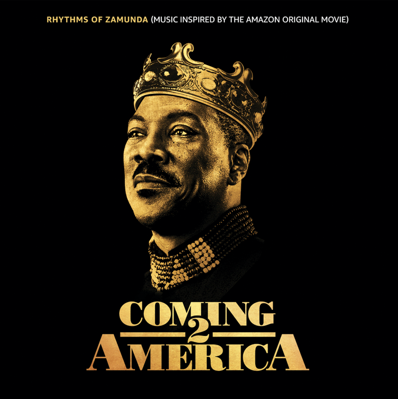 Alpha P has had a very fruitful 2020 as a rising star, Apple Music’s Artist of the Month, and a Headies Rookie of the Year nominee. It’s clear that he’s just getting started, as his single “Jiggy Pop“, which features TMXO, is included in the album.

Larry Gaaga is also included on the album with his track “Owo Ni Koko” featuring Umuogbilibo. Gaaga is best known for his chart-topping single “Low“, which features Wizkid and has over 25 million YouTube views.

This is a Pan-African project that bridges the gap between countries and cultures, Rhythms of Zamunda traces a musical roadmap through Western, Eastern, and South African soundscapes and introduces this synergy to listeners worldwide.

Check out the full tracklists below: