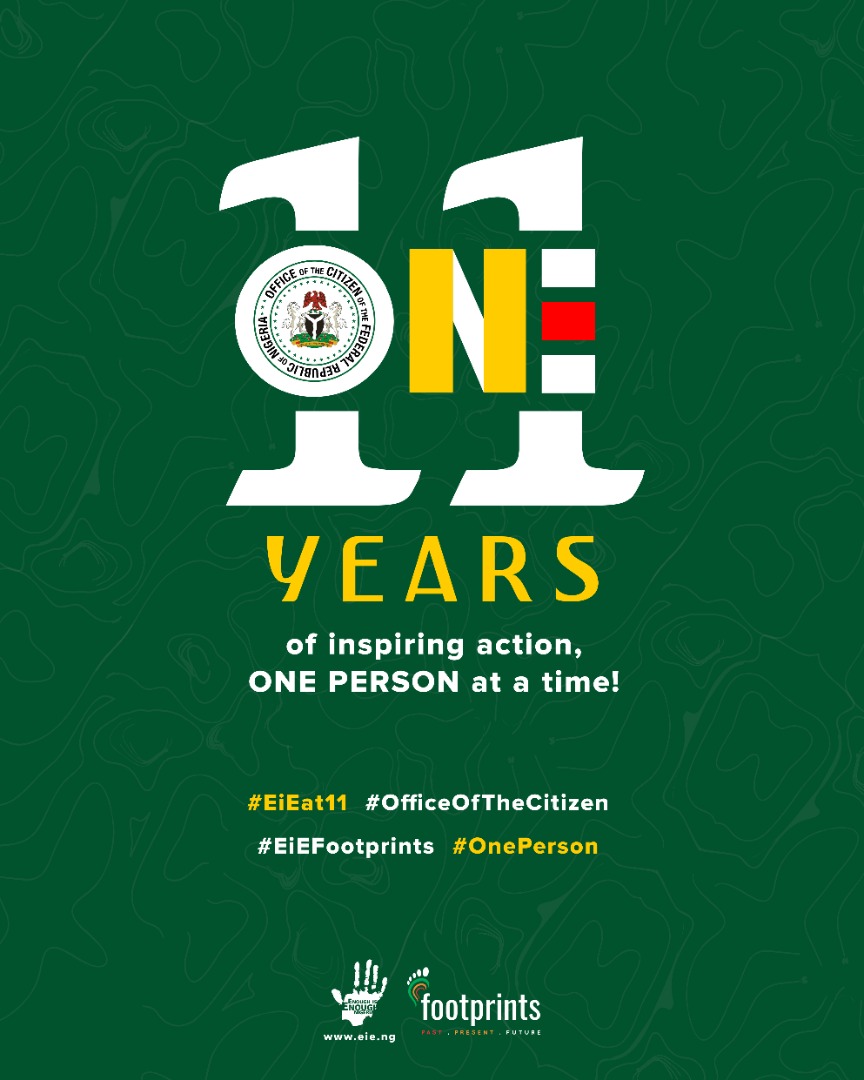 Enough is Enough (EiE) turns 11 years this year and to encourage more citizens to ‘Soro Soke’ and take action, the organization is continuing its #OnePerson Campaign.

In 2010, with technological tools like Facebook, Twitter, Email and BlackBerry Messenger, the collective voice of a coalition of individuals and organisations who said “Enough is Enough!” changed the face of active citizenship in Nigeria.

A year later, their ‘voice’ led to the operations of Enough is Enough (EiE) Nigeria, an organization whose impact has gone beyond Nigeria.

From the several historic citizens’ protests over the last decade – the 2010 protests on Nigeria’s missing President, killings in Jos and fuel scarcity, #OccupyNigeria in 2012, #OpenNASS in 2013, #OneVoice in 2017, #NoToSocialMediaBill in 2019 and several others, EiE has demanded accountability from public officials to the citizens they represent.

In 2020, EiE celebrated its 10th anniversary with the theme “Footprints: Past. Present. Future”. It also launched the #OnePerson Campaign to highlight the fact that one person can make a difference. The Campaign was to curate the different actions of #OnePerson across the country and challenge other citizens to occupy their Office of the Citizen and become active citizens.

The #EndSARS protests across the country that followed in October 2020 reinforced why EiE exists as it was fitting that in the 10th year, another youth-led protest shook Nigeria, reverberating around the world.

Once again, EiE invites you to participate by sharing the One Action or One Stand you have taken as #OnePerson towards achieving a more accountable government. You can participate in the challenge by simply:

Fancy a Date? Come Have Pasta & Chill With Us On Friday, 19th March!