How can You leave a Lasting Footprint in Your Community? Join the EiE #OnePerson Campaign Today

In 2010, with nothing but a cause and technological tools – Facebook, Twitter, Email and BB Messenger, the collective voice of a loose network of individuals and organisations whose said “Enough is Enough!” will change the face of active citizenship in Nigeria. A year later, their ‘voice’ will birth the operations of Enough is Enough (EiE) Nigeria, an organization whose impact has been felt in Nigeria and on the African continent. 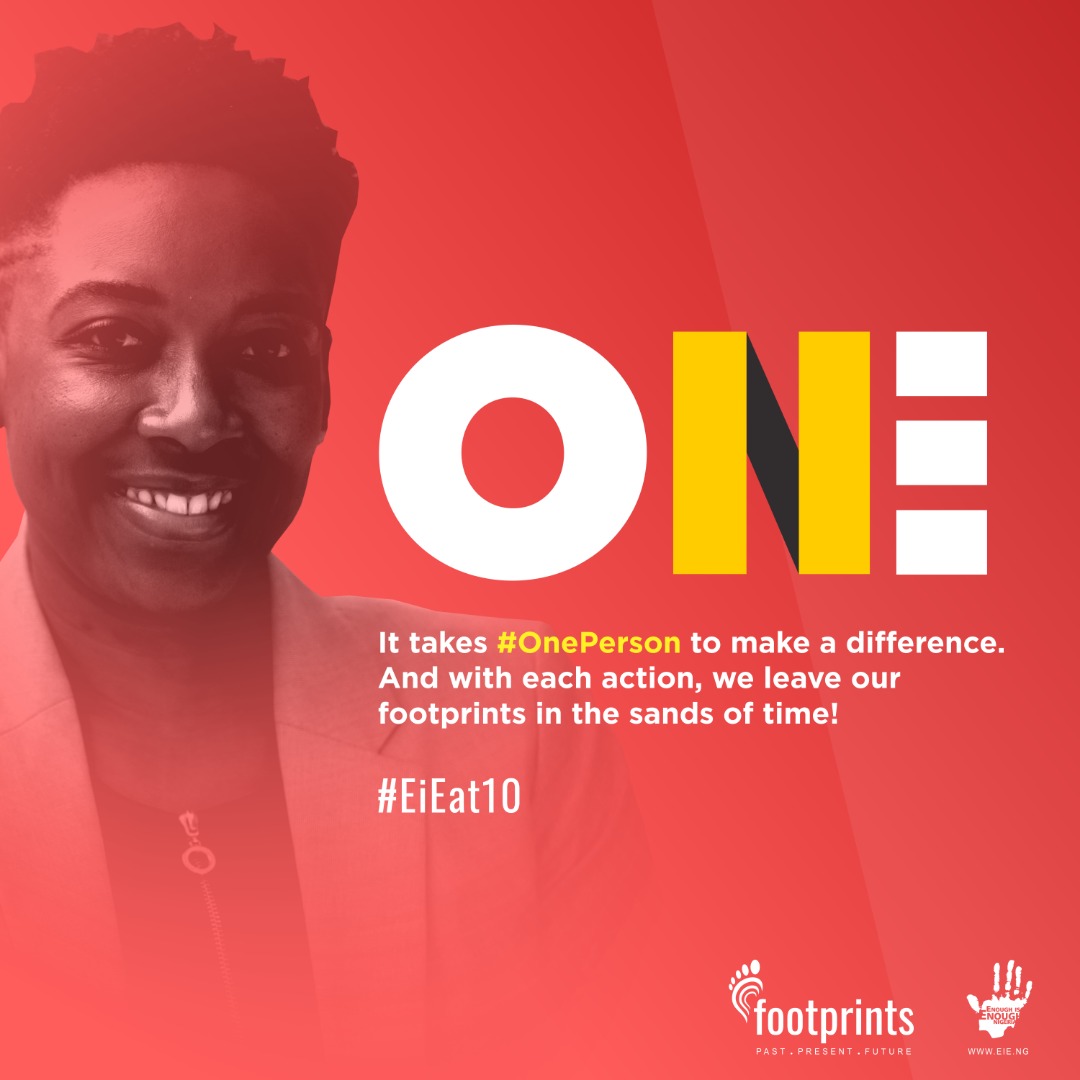 From the several historic citizens’ protests over the last decade – the 2010 protests on Nigeria’s missing President, killings in Jos & fuel scarcity; #OccupyNigeria in 2012, #OpenNASS in 2013 & #OneVoice in 2017, EiE has walked its talk, demanding accountability from public officials to the citizens they represent.

Ten years later, EiE is celebrating this milestone with a series of events with the theme ‘FOOTPRINTS’, driven by a media awareness campaign tagged ‘ONE PERSON’. The ‘ONE PERSON’ campaign kicking off EiE’s tenth anniversary (#EiEat10) will spotlight the organization’s footprint over the last decade and reiterate its belief that it takes the action of ‘ONE PERSON’ to make a difference. The campaign will feature sixty people who will record and share individual videos stating how, as ‘ONE PERSON’, they have changed lives and impacted their communities.

Speaking on the campaign and what EiE hopes to achieve with it, the Executive Director, Yemi Adamolekun said, “Sixty people were chosen to reflect Nigeria’s sixtieth year since independence. Like the few people who received the first email that started the movement that became EiE, we hope our sixty role models will inspire a thousand who will inspire thousands more to take action and share their stories until the voices of the governed, echo everywhere with the simple message that the Office of the Citizen is the HIGHEST office in the land! We must never forget that demanding accountability in governance is a right, not a privilege.”

You can join the ‘ONE PERSON’ campaign by simply recording a short video where you talk about how, as ‘ONE PERSON’, you’re leaving a lasting FOOTPRINT in your community. Upload the video on any of your social platforms with the hashtags #OnePerson, #EiEat10 #EiEFootprints.