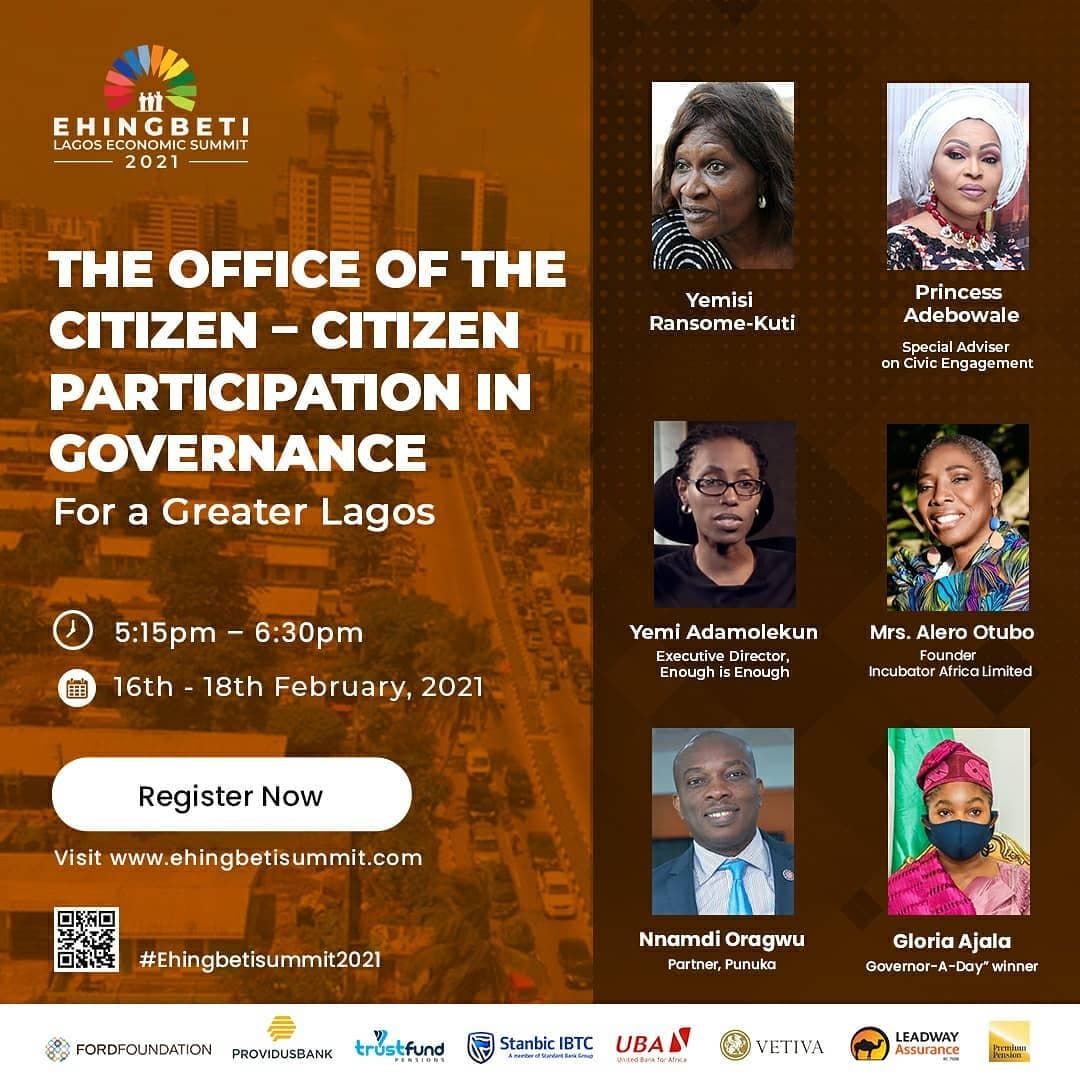 She said this during one of the sessions of the biennial Ehingbeti Economic Summit themed ‘For a greater Lagos’.

The session’s focus was on “The office of the citizen, citizen participation in government”.

According to Yemisi, building a common value would mean the government and citizens actively partnering together to achieve their irrespective roles.

She also spoke briefly about how culture has been a barrier to development.

Other speakers at the session were Princess Adebowale, Yemi Adamolekun, Alero Otubo, and Gloria Ajala.

They spoke on issues both the government and citizens need to work on.

Some of which include:

About Ehingbeti Economic Summit
The annual Lagos summit named ‘Ehingbeti’ started in 2000. However, the event changed from a yearly one to a biennial event.

This resulted from the importance attached to the event; as it gave the state government the time to respond to the commitment she made. Although the summit was last held in 2014.

The summit itself has a rich history.

Interestingly, it has been hosted continuously since the beginning of the millennium in the year 2000 and is now firmly established as a credible forum for stimulating economic growth in Lagos State.

The theme for the 2021 event is, “For a greater Lagos: Setting the Tone for the Next Decade.”
To join the conversation at the ongoing summit, click here. You can also follow ehingbetisummit.com for more information.

The Desperados Train just hit Abuja, Ibadan, Enugu, and Owerri – Here’s how the Launch went down