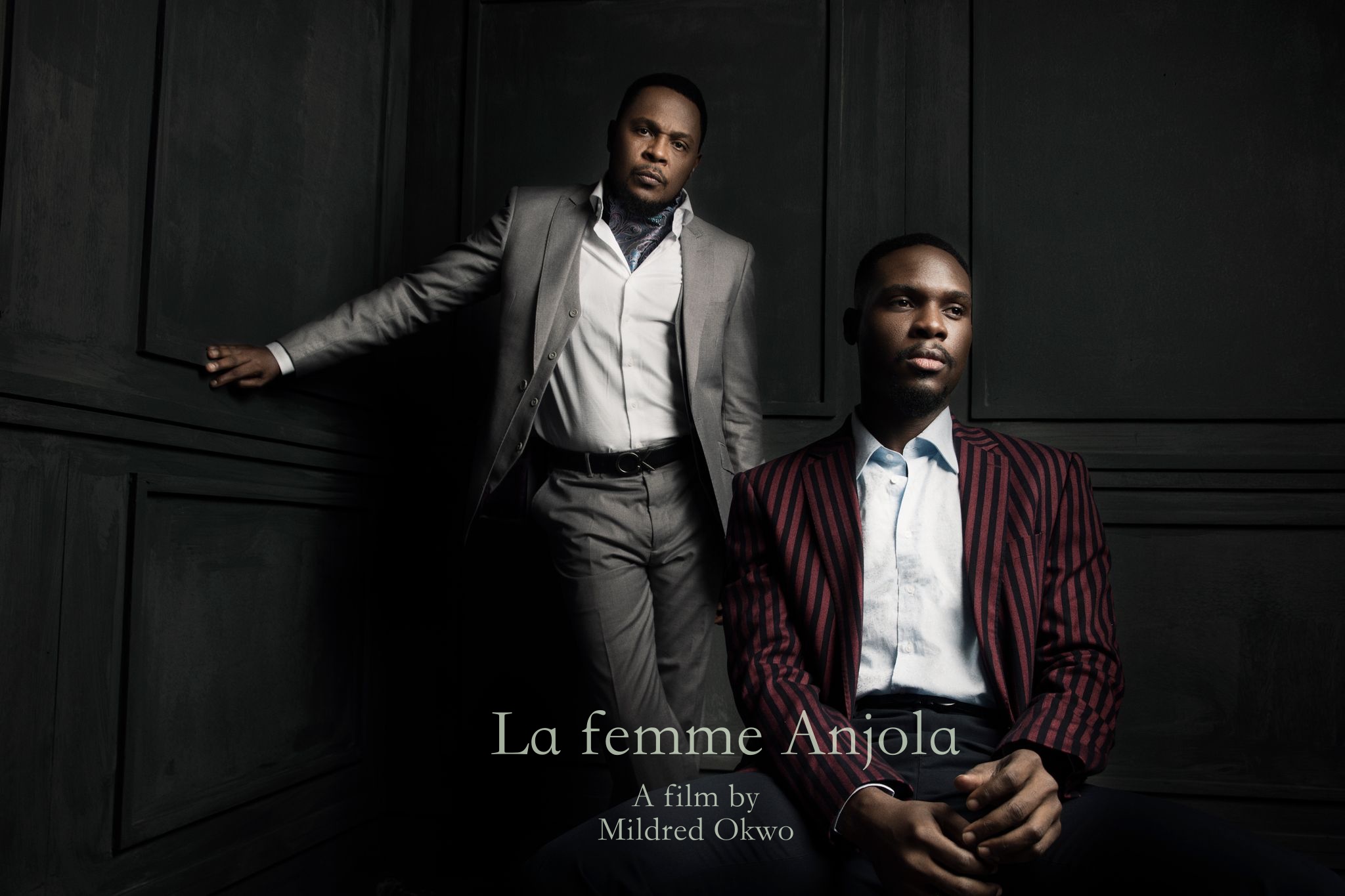 The male lead in the upcoming Mildred Okwo‘s film, “La Femme Anjola” (The woman Anjola), says it is a film that everyone should watch!

Speaking in an interview, Nonso Bassey who plays the role of Dajare, a young stockbroker, becomes entangled in a deadly game of cat and mouse when he meets and falls for a mysterious woman Anjola (Dominic) whom he simply cannot have.

Nonso, who got his role on the invitation of Mildred Okwo for an audition explained that the film is not only well but together, it also has an important lesson for everyone who watches it.

I believe everything happens for a reason. How events played out to end up with me on this project and how I observed everyone involved; cast, crew and even the financiers giving it their all just makes me believe we did something special. And I believe something great will come out of this. We cannot always control the outcome but we did our best and we will continue to do our best to promote the film and hopefully it is well received. I want EVERYBODY on earth to see our film. I am very proud of it.

Multi-talented Bassey, who become well known for his role as Emeka in the popular television series “Battleground“, confessed that the script posed a unique challenge, which he was able to surmount by his natural love for research.

I love doing research. I can be such a nerd sometimes. I watched films in the Noir and neo-noir genre; Double Indemnity, Devil in the blue dress (DENZEL WASHINGTON!!!), Chinatown and Basic Instinct. Asked lots of questions and had loads of conversations with people who grew up middle class in the late 80s and early 90s in Lagos…cause reading about it is one thing but listening to people who lived the life is something else entirely.

You know, what movies were people crazy over? What songs were popular then? And of course, speaking of songs, I listened to a lot of Fela and Dr Victor Olaiya as well as a lot of Fuji music and music from other African countries with artistes like Brenda Fassie, Yvonne Chaka Chaka and Hugh Masakela. All these to put me in the headspace of this guy. It got weird when I started thinking about his thoughts. This our work shaa.

The film, “La Femme Anjola”, is itself a buzzy crime thriller from the stables of The Audrey Silva Company Limited. It will launch locally in theatres nationwide on March 19, 2021.

The film was shot in locations in Lagos, Nigeria and Cape Town (South Africa). It will be distributed by Silverbird Distribution, the company which distributed their earlier releases “The Meeting” and “Surulere”.