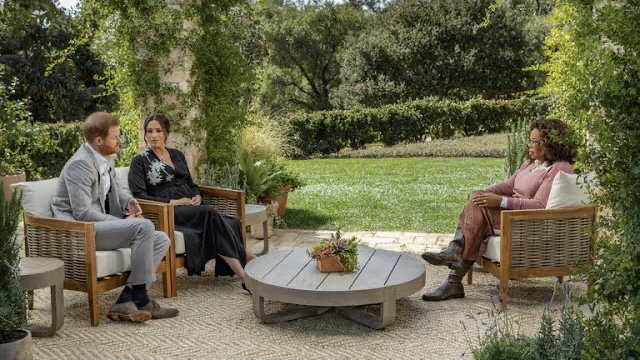 A new CBS Primetime special tagged “Oprah With Meghan And Harry” is set to air this Sunday, March 7 at 8 PM, and we’ve finally got a first look into the interview where “there is no subject that is off-limits.”

The interview will be the couple’s first public engagement since Buckingham Palace, Prince Harry and Meghan Markle released statements confirming that they will not be taking back their roles as working royals.

From the first two promos which premiered on YouTube on Monday, the conversation between Oprah Winfrey and the Duke and Duchess of Sussex seems really intense. 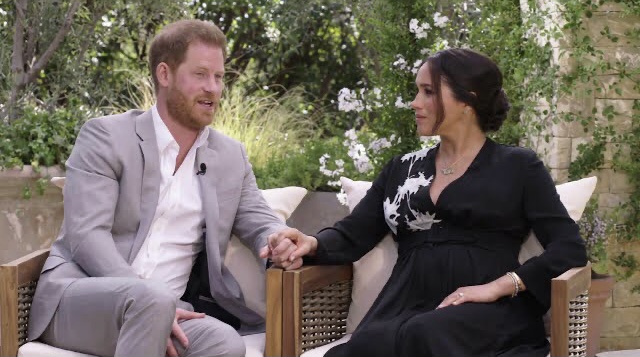 In the preview, Prince Harry stated that his biggest concern was history repeating itself. According to the Duke, “I’m really relieved and happy to be sitting here, talking to you with my wife by my side because I can’t begin to imagine what it must have been for her going through this process by herself all these years ago. Because it’s been unbelievably tough for the two of us but at least we have each other.”

The expecting parents will also discuss moving to the United States a year ago, hopes and dreams for their family, with Meghan giving more details about her experience since joining the royal family, getting married, motherhood and how she is coping with all the public pressure, Deadline reports.

Watch the promo videos below: