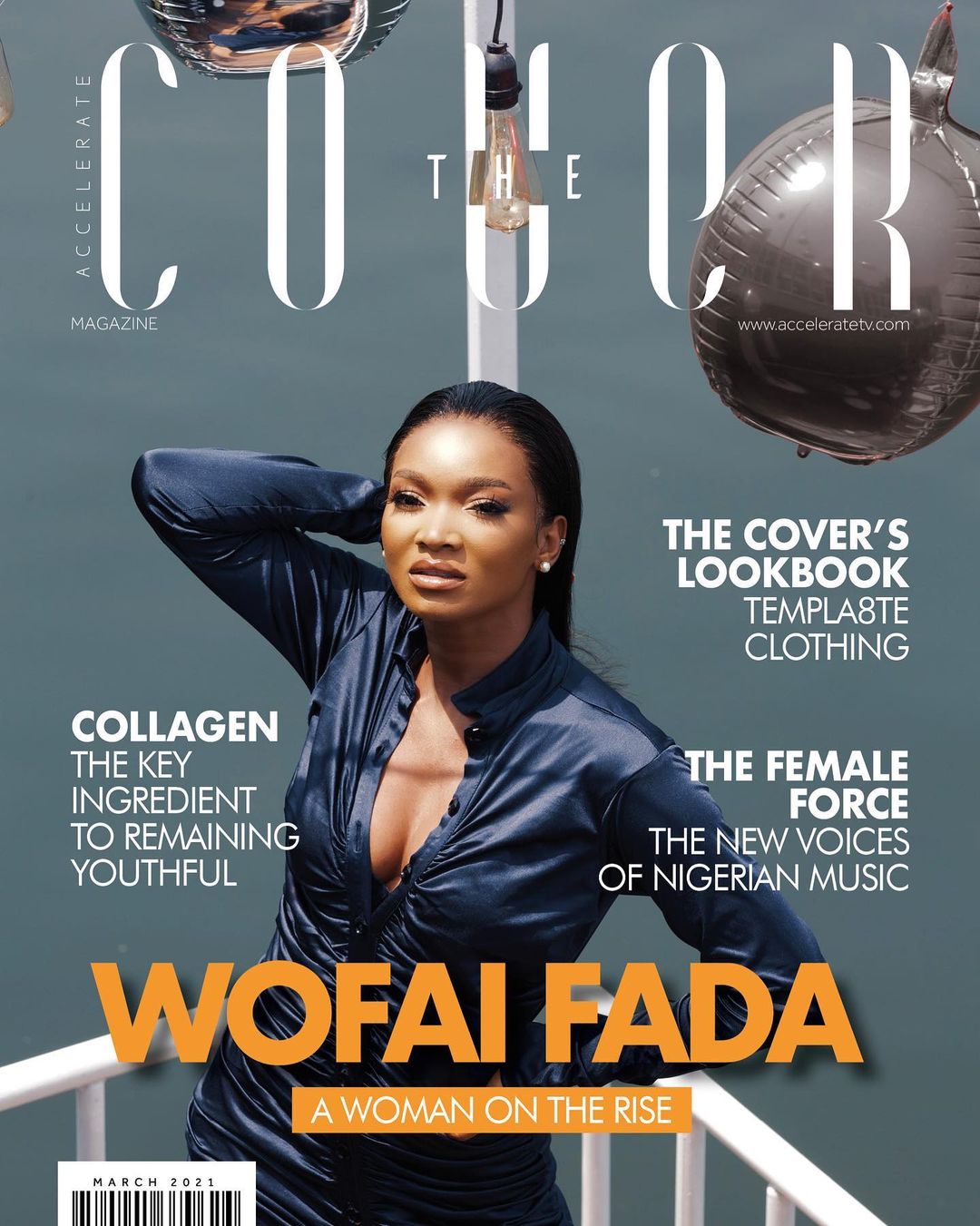 Describing the cover star, here’s what is written about Wofai:

Wofai Fada personifies the strengths and different characteristics of a woman who has achieved, crossed barriers and demanded more from life because of her boldness.

Wofai’s journey in the entertainment and media space humbly began in Calabar, and through dedication, bold decision making and focus, over the last five years, has led to her recognition as a leading actress to watch out for. But Wofai’s abilities don’t end at just being a talented creator and performer. Like many women, she is more than just one thing and can’t be boxed in.

Wofai is also a sharp-minded entrepreneur in the food and drink space, who owns her own restaurant called ‘Just Afang’, and cookbook titled ‘Yogiegee Culture’. 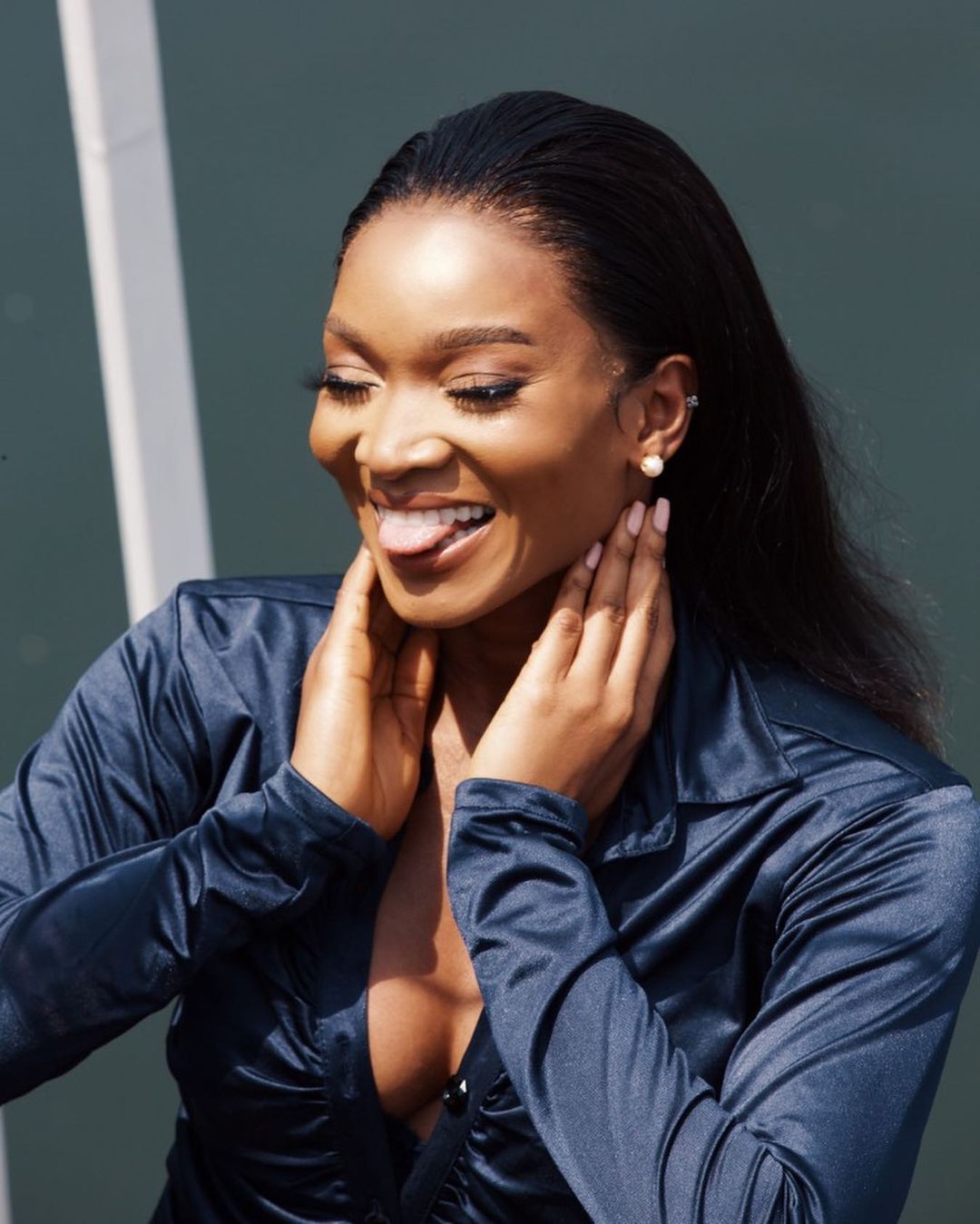 In this International Women’s Day special, Wofai Fada embodies the qualities and attributes of a woman who, by her boldness, has succeeded, broken down walls, and desired more from life. Accelerate TV got to meet up with the actress, who shared her story, what keeps her humble and inspired, and the changes she wants to see in her industry.

Reads excerpts from the interview below:

On the biggest misconception people have of her:

Like many women, I’m judged unfairly simply because of my appearance. Most people think I’m mean or unpleasant until they formally meet me, having had no prior interaction with me. They literally just look at my face and draw their own conclusions. It’s so unfair. Then they’re always so surprised by my warmth and how easy I am to get along with. I always jokingly ask “what were you expecting before?”

On who the real Wofai is:

If I say it now, you won’t believe me. But I am actually shy, a little quiet and sometimes reserved. It’s just that my work is obviously very public so is therefore misleading.

I’m also very hospitable. Though it’s hard work, I really enjoy cooking and recreating recipes that I learned while growing up. I love to feed and care for my friends and family. It’s something that gives me pure joy. 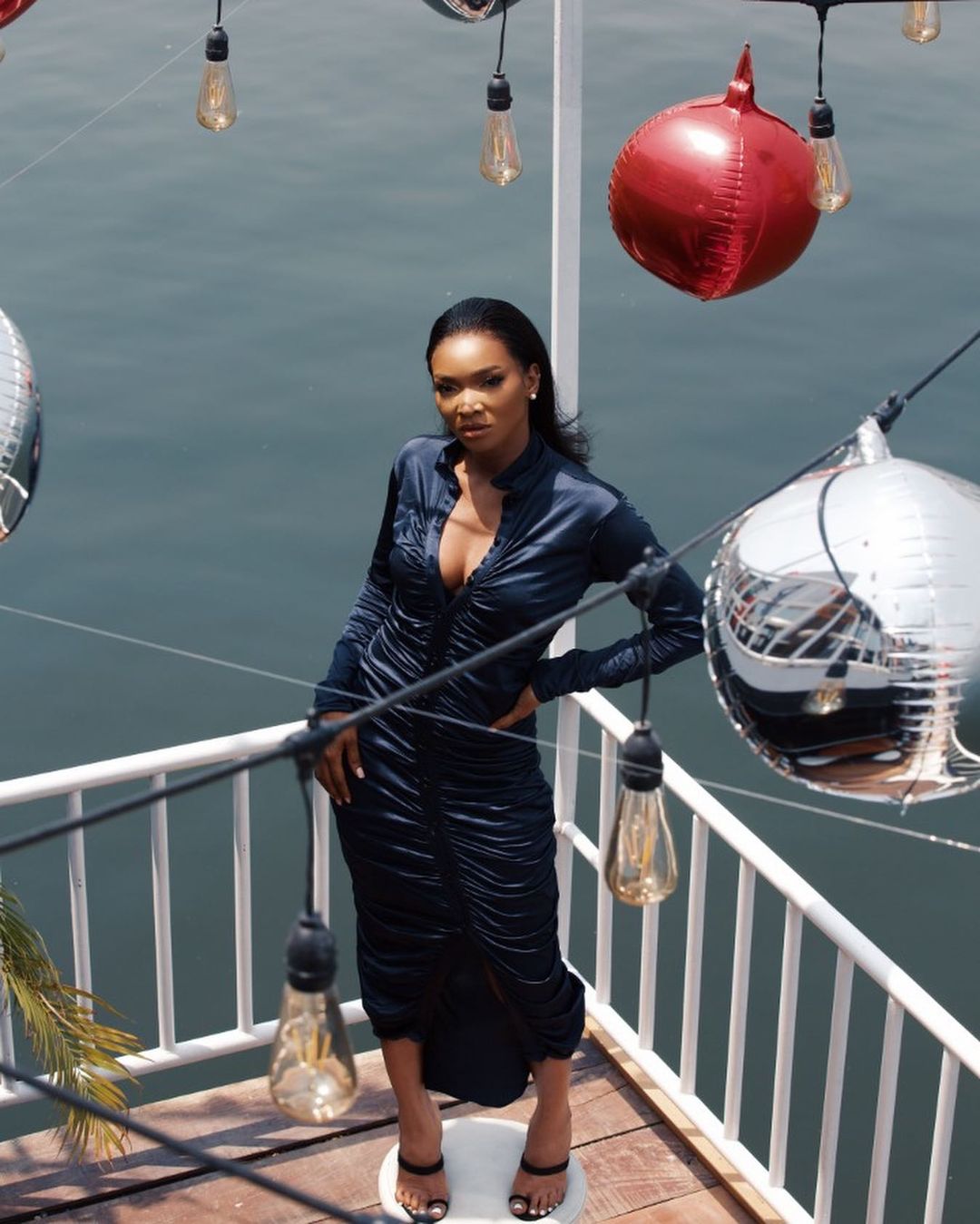 On what made her decide on becoming an entrepreneur:

I needed more stability and more security. In addition to that, I don’t want to go back to where I am coming from. I want to stay growing and stay pushing ahead.

My career in acting has really made progress but acting isn’t always as rewarding as I would like it to be and sometimes opportunities aren’t always readily available. I am at a point in my career where I can’t accept just any role because of my brand and my experience. I want people to see me in quality work, where characters are developed, the content is professional and my range is tested. So sometimes I have to turn certain roles down, which obviously means my cashflow will be interrupted. Naturally, I had to adapt.

I have been very fortunate and God has really blessed me with His favor. I never thought I’d be in the position that I’m in right now. But I am and I am thankful. All of my achievements have been because of God’s hand on me. I can never say it’s because of anything or anyone else. 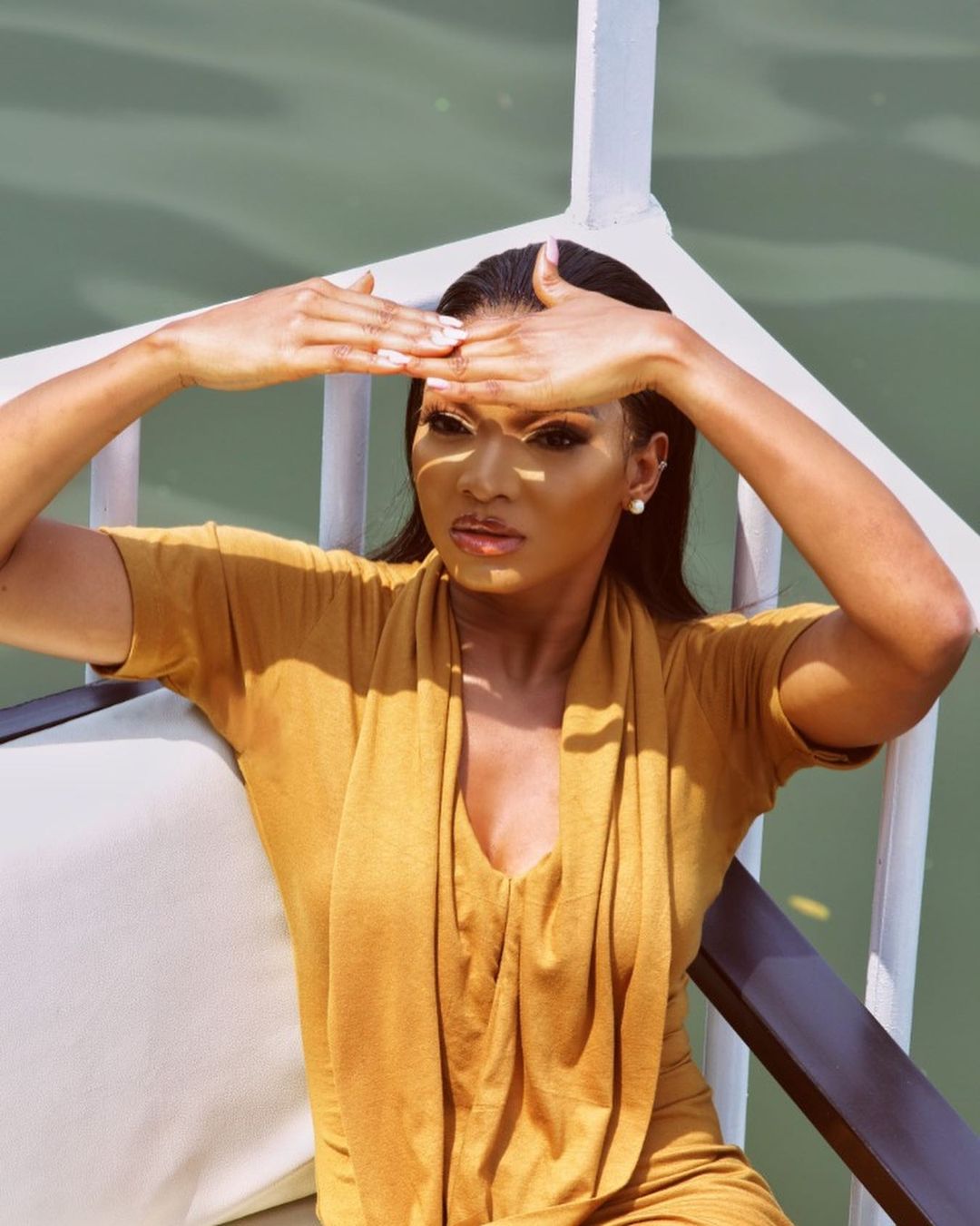 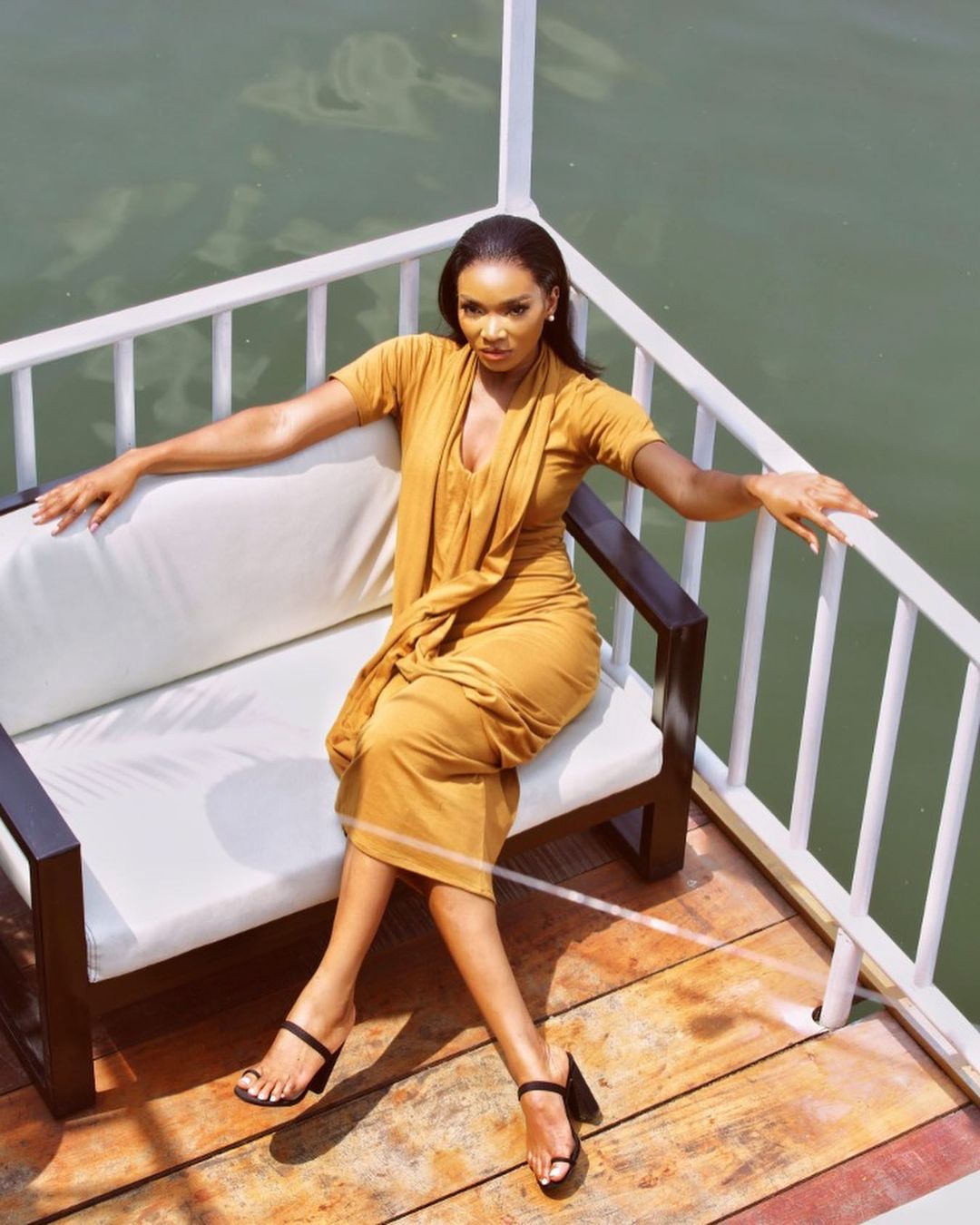