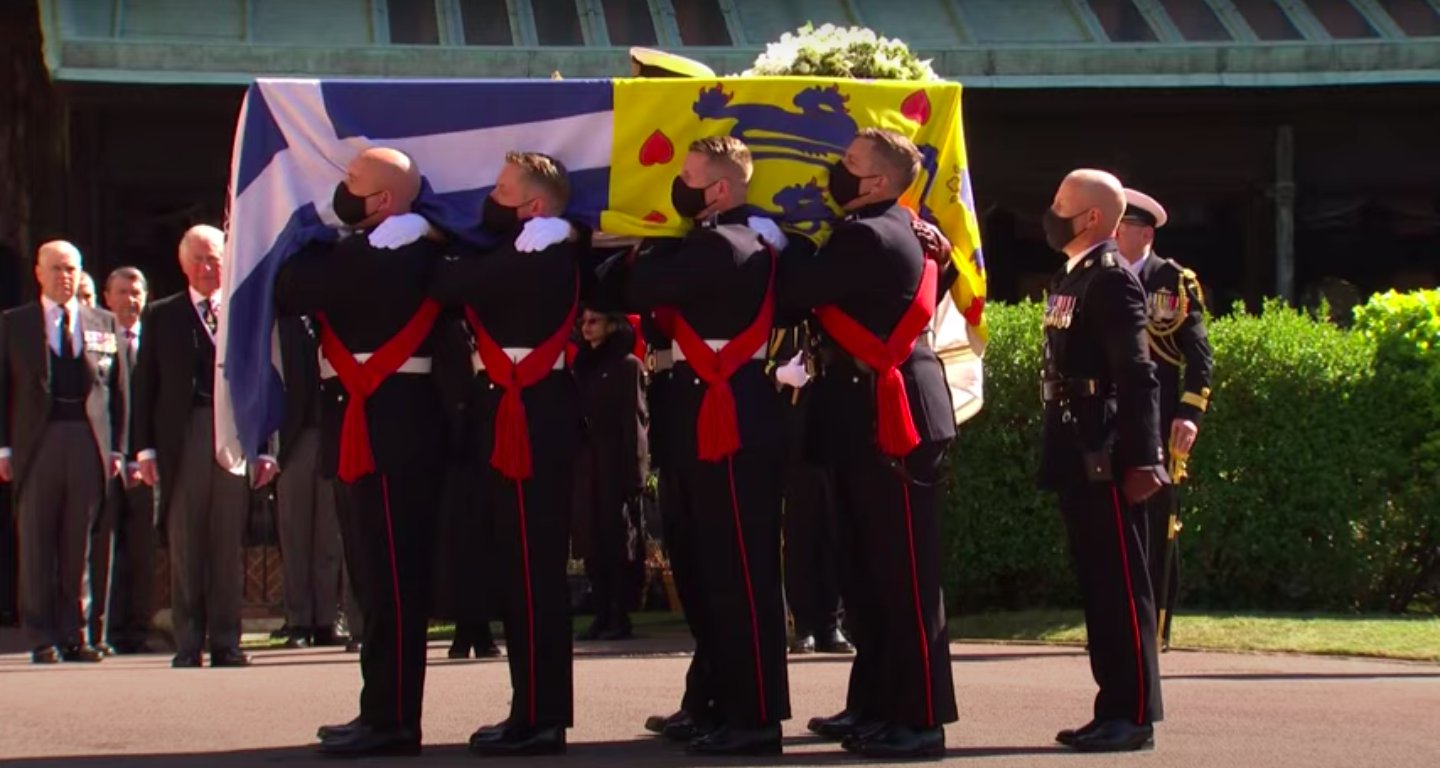 O the 9th of April 2021, Buckingham Palace sadly revealed that Prince Philip, also known as the Duke of Edinburgh had died.

On Saturday, 17th April Queen Elizabeth laid her husband of 73 years to rest and the world finally said goodbye to the longest-serving consort in British history as he was carried from the state entrance of Windsor Castle to St. George’s Chapel in a modified Land Rover that he helped design.

Following coronavirus protocols, in arrangements with what the duke wanted and signed off by the Queen, the service, conducted by the Dean of Windsor, Right Reverend David Conner, was a “deeply personal occasion” involving a four-person choir with the hymns and readings selected by the duke himself. The Queen sat alone and all guests who are not members of the same household sat around 2 meters apart, CNN reports.

Prince Harry and Prince William reunited after over a year to honour their grandfather, but instead of walking side by side, they were separated by their first cousin Peter Phillips as the day is about the Duke and the Royal Family intends to keep it that way, especially in light of Prince Harry and Meghan Markle’s recent interview with Oprah Winfrey.

The precession was attended by Prince Charles and his sister Princess Anne as they led Prince Edward and Prince Andrew to trail the Land Rover on foot. Other family members present at the service but not for the precession include the Duchess of Cornwall and Duchess of Cambridge, Kate Middleton, Admiral Tim Laurence, the Hereditary Prince of Baden and the Prince of Hohenlohe-Langenburg.

According to CNN, the Prime Minister and Meghan, the Duchess of Sussex, who according to a spokesperson was advised by her physician not to travel to England, watched the Duke’s funeral from home.

See photos from the service:
Queen Elizabeth laying her husband to rest.

The royal family arriving for the Ceremonial Procession.

Watch the service below: