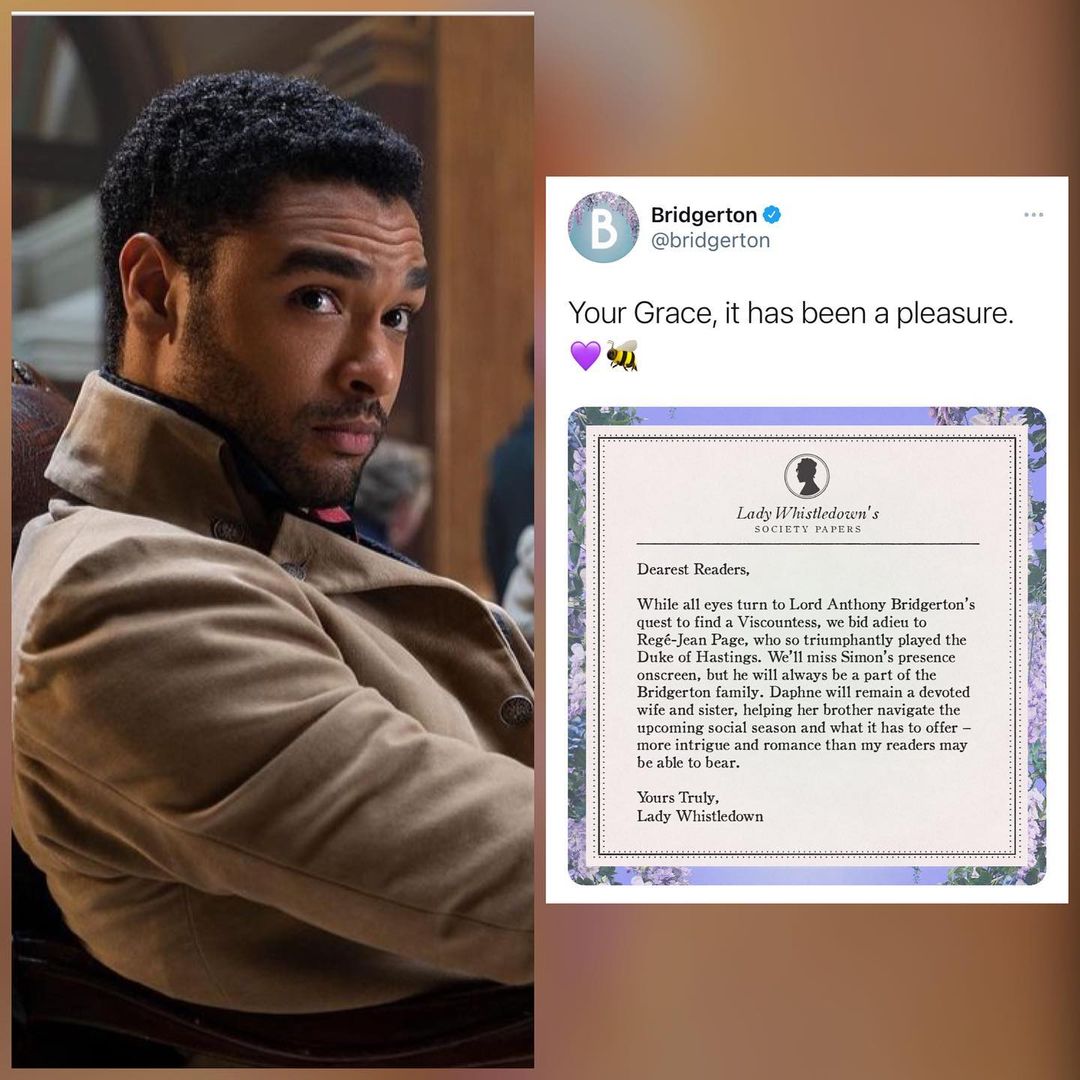 For “Bridgerton” fans hoping to see Regé-Jean Page reprise his role as the Duke of Hastings in season 2, we’ve got some news for you. The actor will not be a part of the forthcoming season of Shondaland’s hit Netflix series.

The news was announced in classic Bridgerton fashion by none other than the show’s intrepid Lady Whistledown.

“Dear Readers, while all eyes turn to Lord Anthony Bridgerton’s quest to find a Viscountess, we bid adieu to Regé-Jean Page, who so triumphantly played the Duke of Hastings,” the letter began.

“We’ll miss Simon’s presence onscreen, but he will always be a part of the Bridgerton family,” the statement added. “Daphne will remain a devoted wife and sister, helping her brother navigate the upcoming social season and what it has to offer – more intrigue and romance than my readers may be able to bear.”

Your Grace, it has been a pleasure. 💜🐝 pic.twitter.com/kX1nIG8pz7

The second season, which will reportedly be its biggest yet with the main focus on the eldest Bridgeton sibling, Anthony, will return this spring, the special edition of Lady Whistledown’s Society Paper says. Remember in the final episode of season one when Anthony revealed to Daphne and Simon his plans of “finding and promptly declaring my intentions to my new viscountess.”

Reacting to the news, the NAACP award winner wrote:

Pleasure and a privilege! An honour to be a member of the family – on and off screen, cast, crew and incredible fans – the love is real and will just keep growing

Pleasure and a privilege! An honour to be a member of the family – on and off screen, cast, crew and incredible fans – the love is real and will just keep growing ❤️💫 https://t.co/YBk4RvKNpx

The reactions were fast and just what you’d expect. Here are some of the reactions to Regé-Jean Page’s departure and why we can’t wait another season to see if he’ll return. 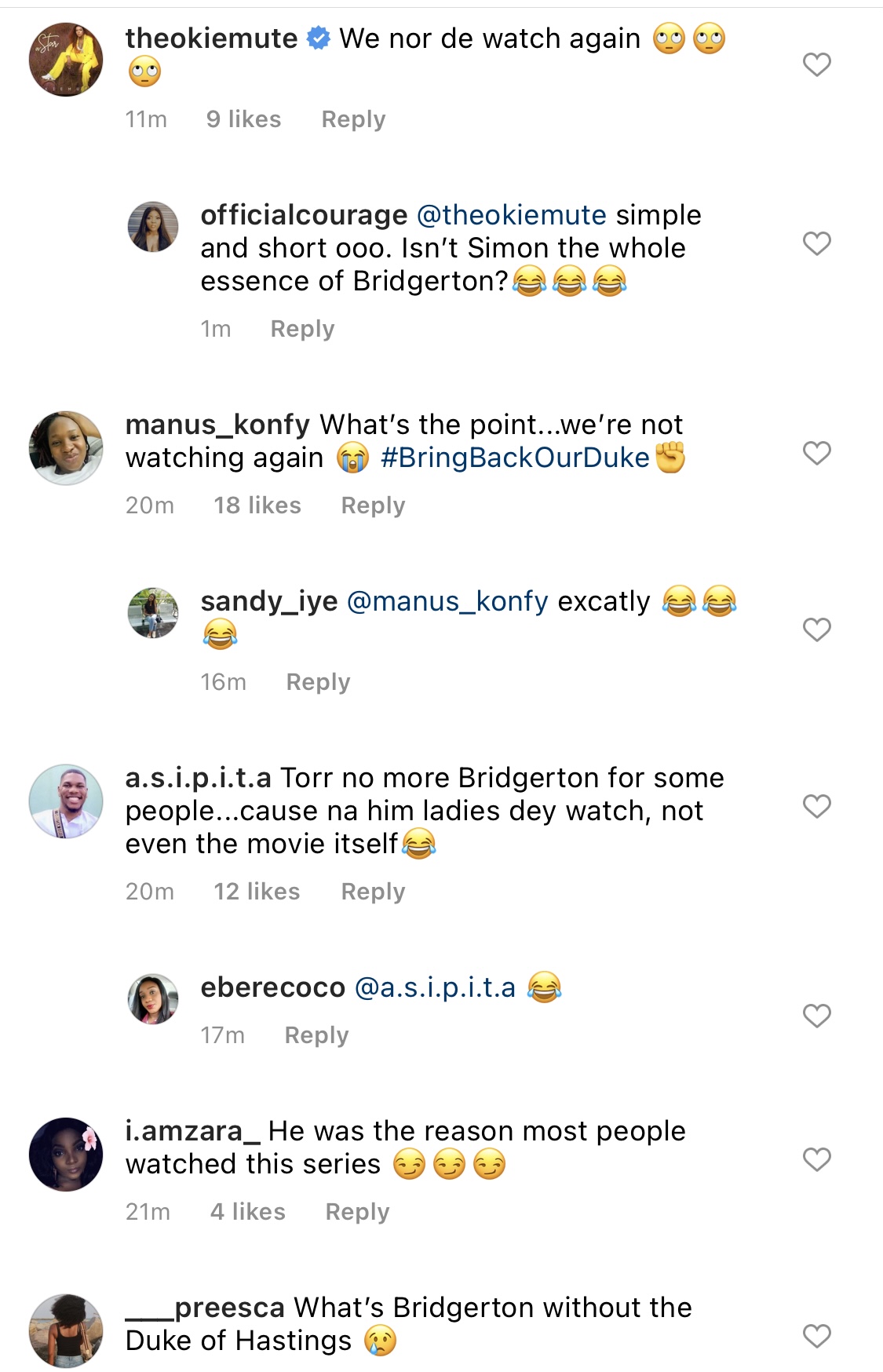 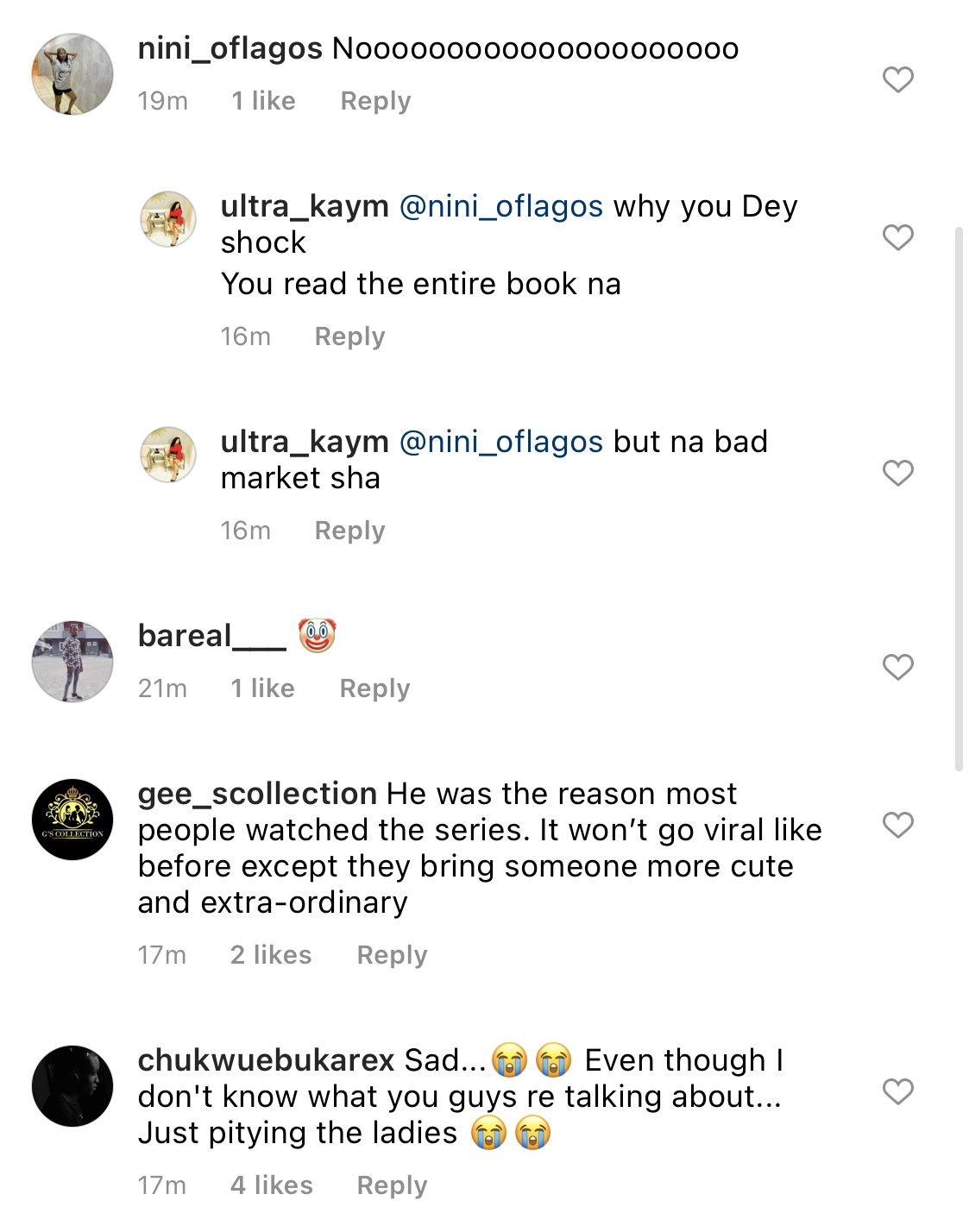 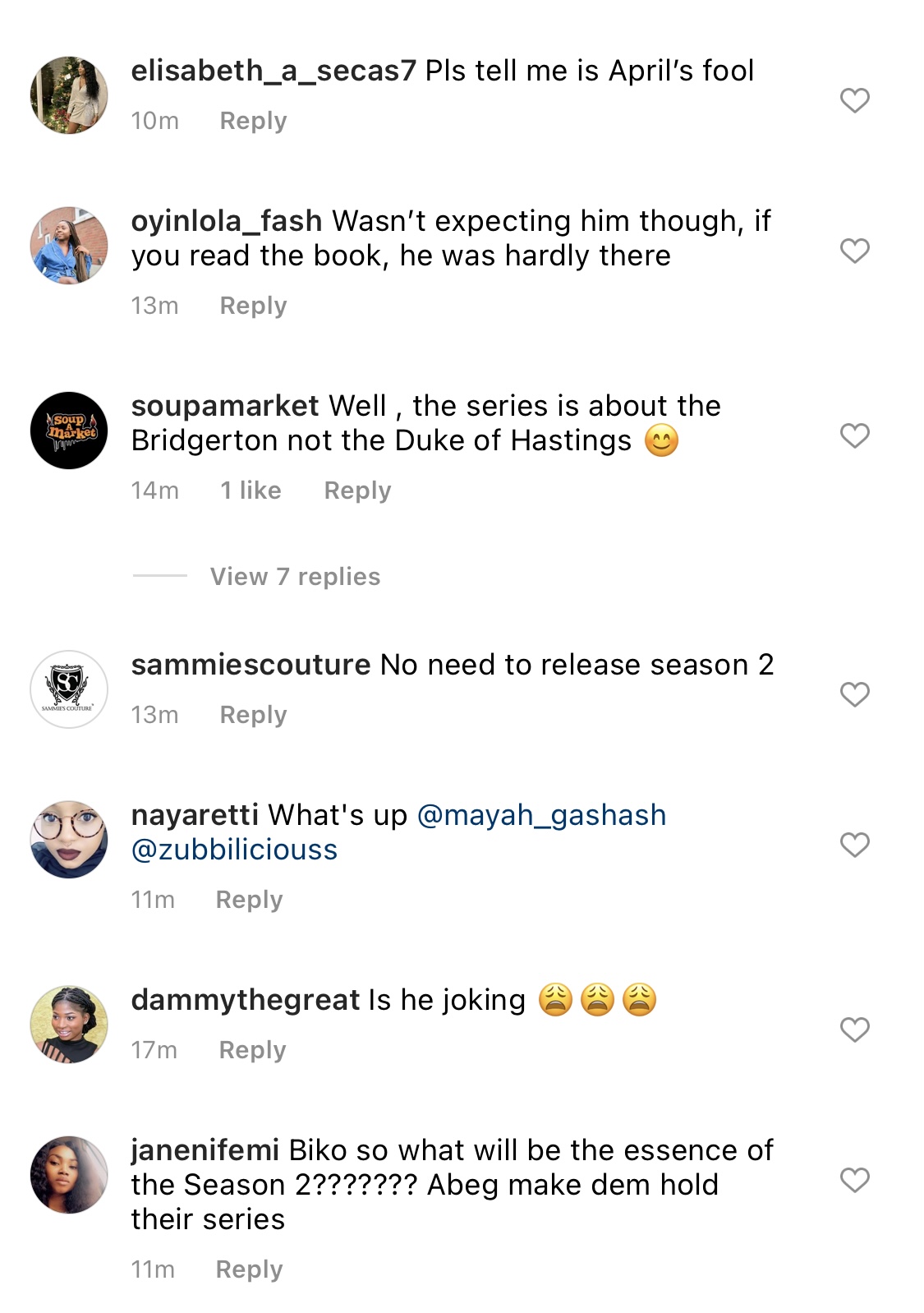 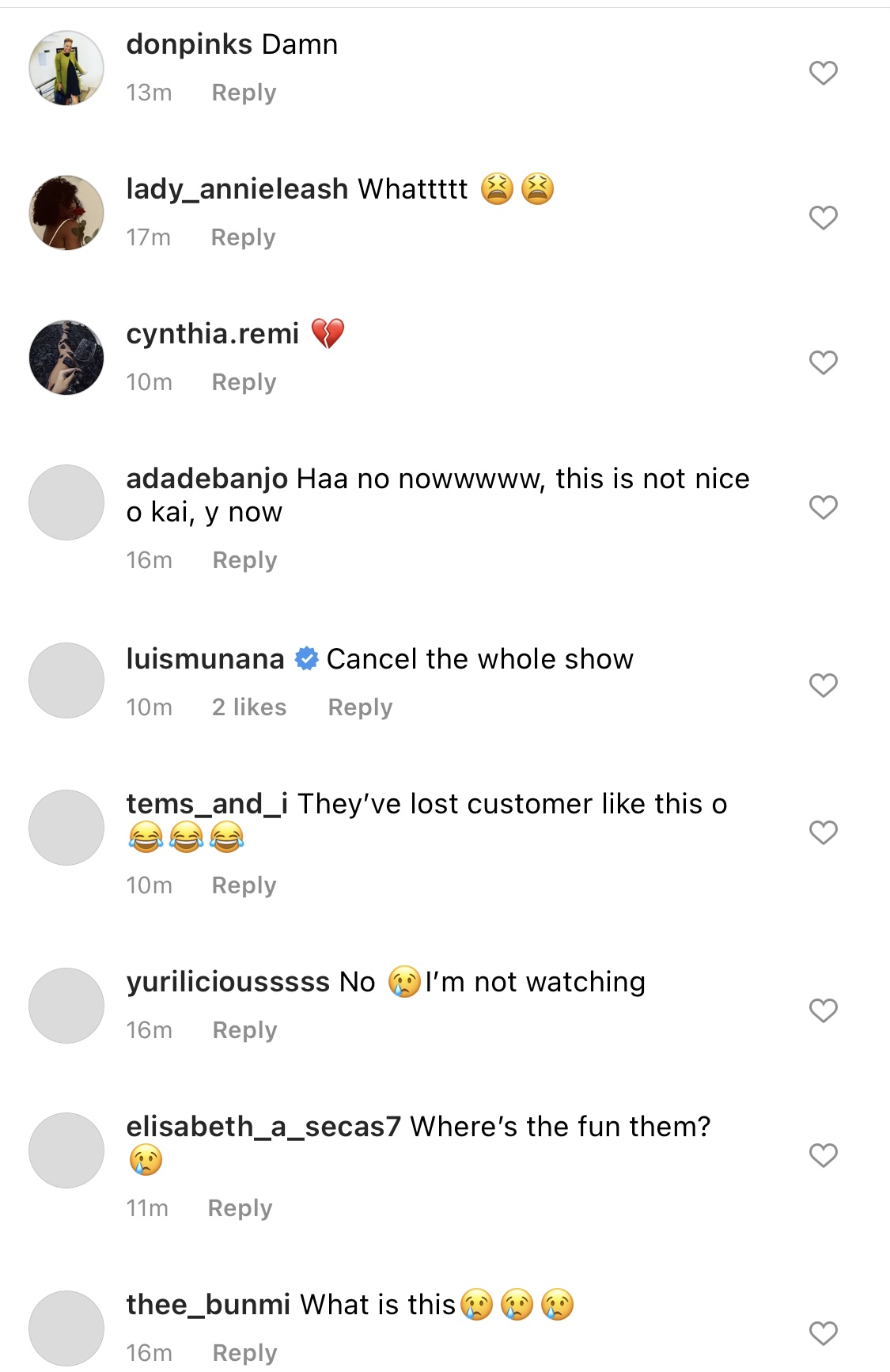 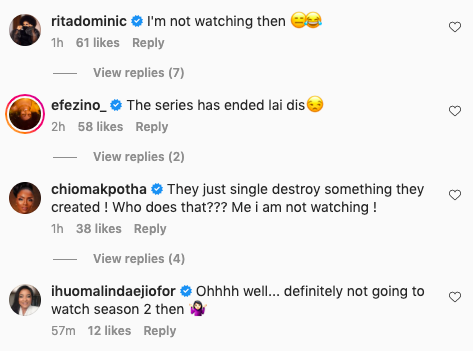 Don Jazzy Reveals he Was Married at 20