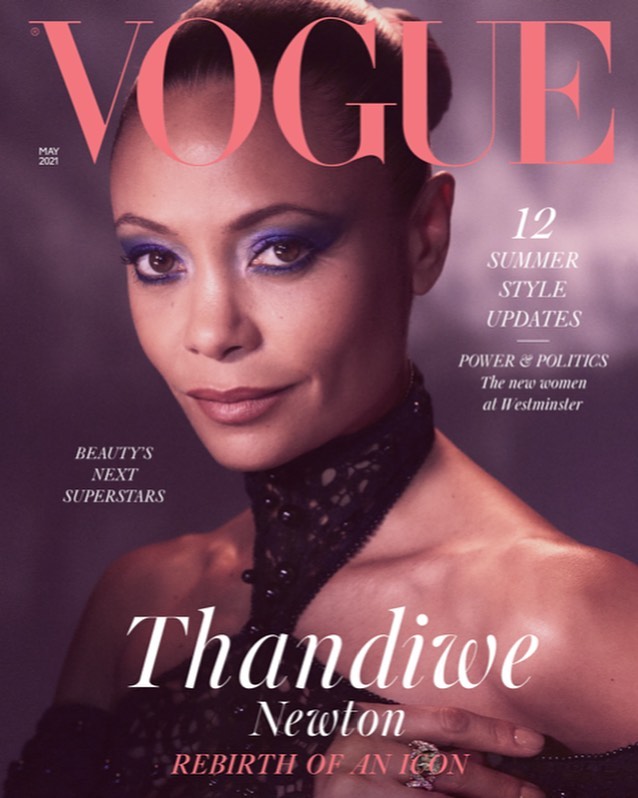 In British Vogue’s May 2021 issue, cover star, Thandiwe Newton speaks with Diana Evans on everything from an eating disorder that almost killed her, her advice to those suffering now and how her activism now tops acting in order of importance. 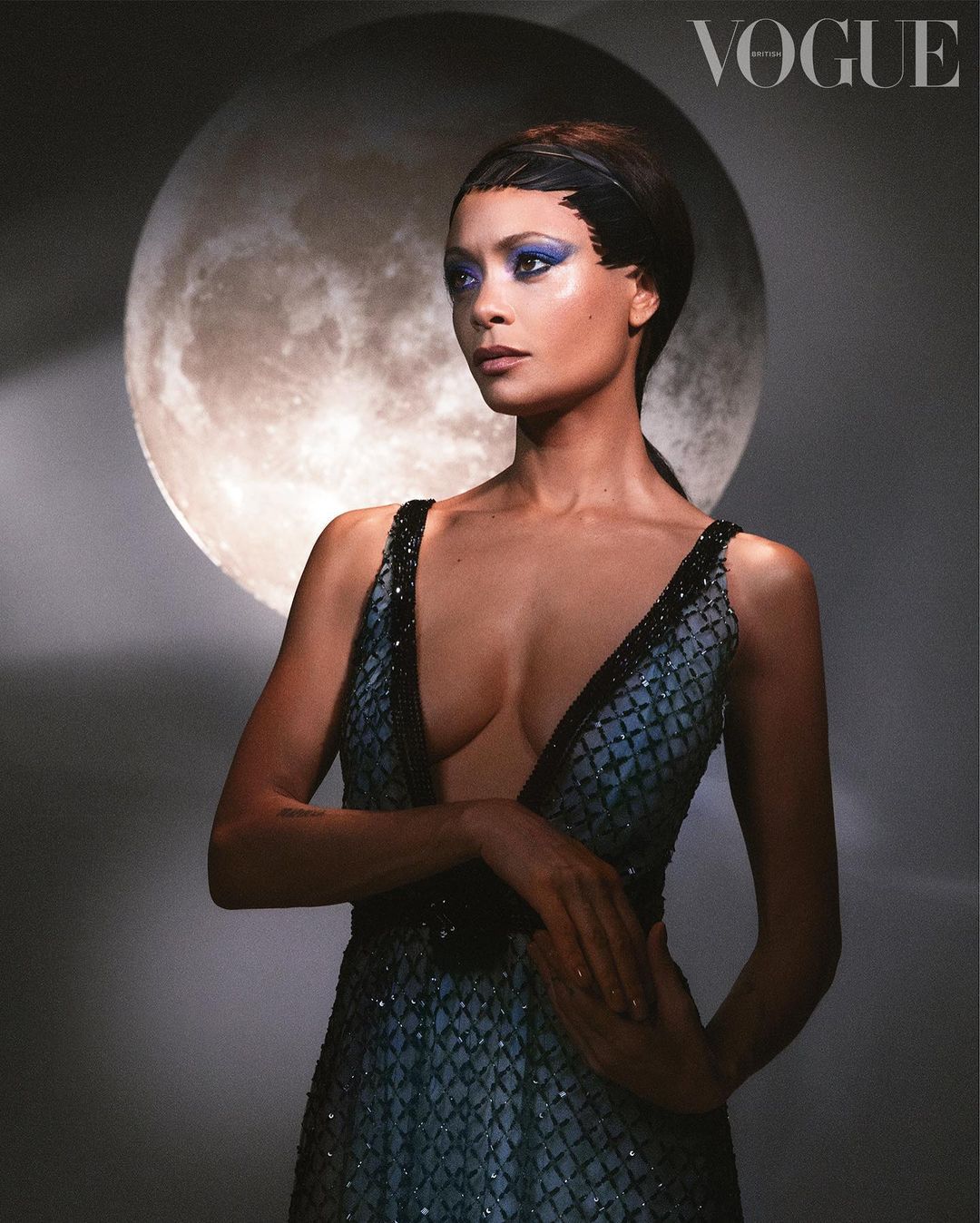 Thandiwe Newton talks about how her career has developed over the years and her changing relationship with her craft. She also speaks on how her various cross-genre roles have become aligned with her political activism. 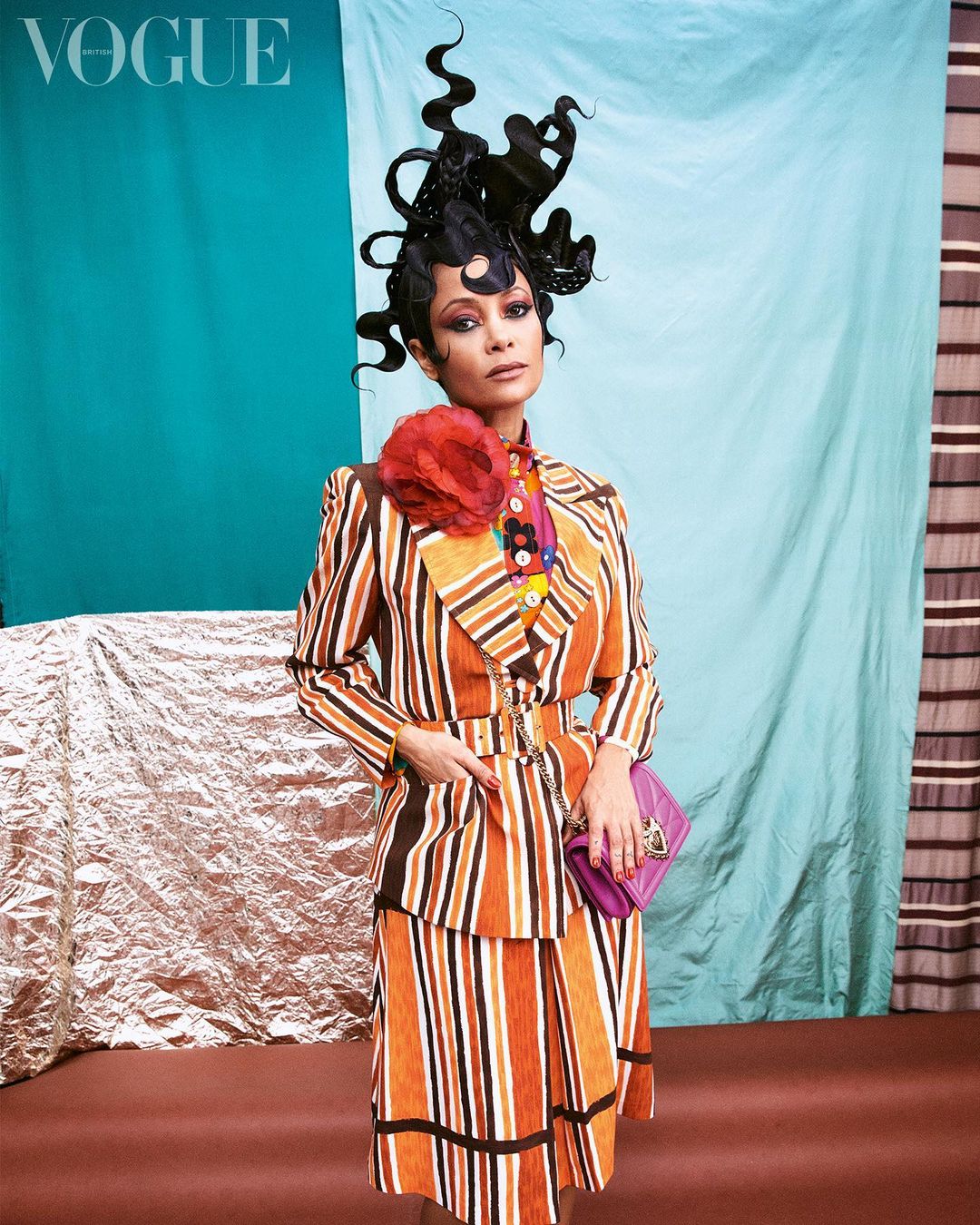 I find that acting takes more and more away from me because I’m more connected to myself than I’ve ever been, whereas before I was delighted to get an excuse to go off to another personality. 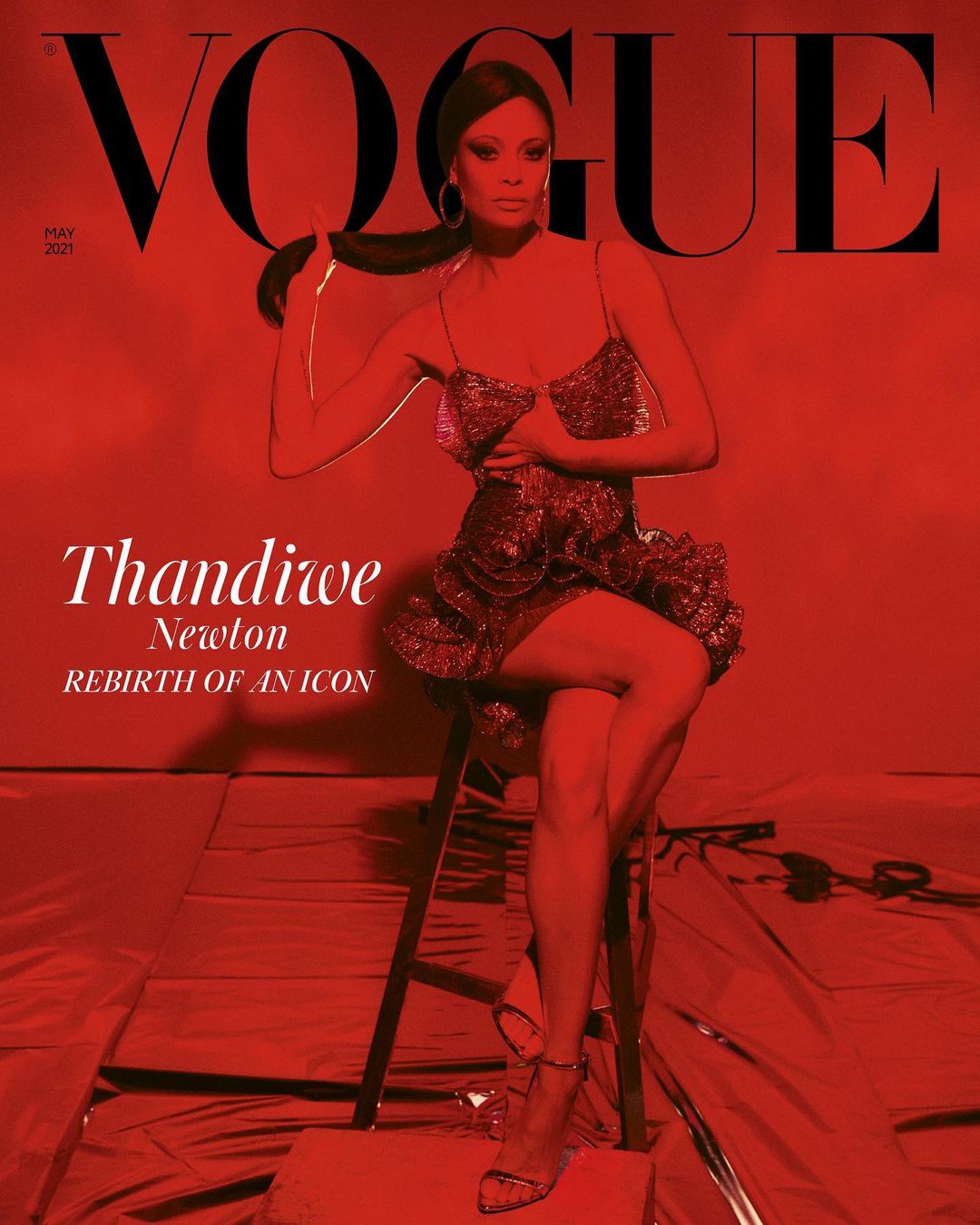 The Emmy-winning British actor said she will now go by Thandiwe Newton in TV and movie credits. “That’s my name. It’s always been my name. I’m taking back what’s mine,” she said.

Thandiwe means “beloved” in Shona, a language of Zimbabwe, where her mother is from. She added that the Anglifying of her name began in Catholic school, “where the W of her name drifted inward, out of sight and earshot, in a futile hope to make her feel less different,” the magazine wrote.

According to Vogue, the “W” was “missed out” from her first film credit (listed on IMDB as 1991’s “Flirting”) for decades.

“The thing I’m most grateful for in our business right now is being in the company of others who truly see me,” she told Vogue. “And to not be complicit in the objectification of Black people as ‘others,’ which is what happens when you’re the only one.”

The star also shares the contents of her roomy bag including a Louis Vuitton make-up case, tampons, a copy of Charlotte Mensah’s ‘Good Hair’, the latest issue of The Economist, Tsitsi Dangarembga’s Booker contender, ‘This Mournable Body’ and an iPod loaded with Fleetwood Mac.

And the Nominees for the #VGMA22 Are… Gyakie, Burna Boy & Sarkodie | See the Full List