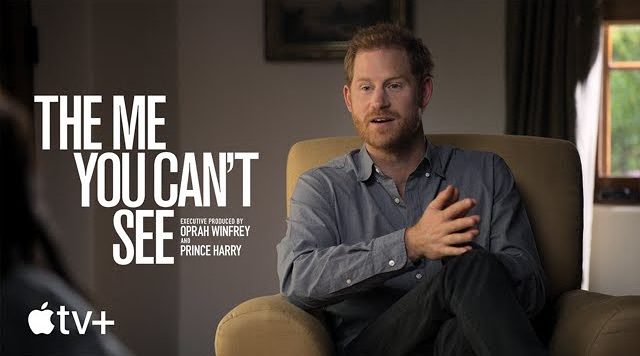 In his new docuseries “The Me You Can’t See” created alongside Oprah Winfrey, Prince Harry takes us on a trip down memory lane.

“The Me You Can’t See” explores mental health and emotional well-being with stories from people around the world. With storytelling at its core, this timely series gives a voice to stories that aim to seek truth, understanding and compassion. It’s about people, our experiences, and why we feel the way that we do.

Prince Harry opened up about dealing with the death of his mother Diana, Princess of Wales’s who reportedly passed away in August 1997, in a car crash in Paris as she was being pursued by photographers.

Prince Harry talked about his willingness to drink and take drugs as a means of coping because he was “trying to mask something”. He also talks about dealing with panic attacks and severe anxiety when he was 28-32 years old, his biggest regrets and wishes his first son Archie would have met his mother.

Here’s a rundown of five things he said, according to BBC:

I was just all over the place mentally. Every time I put a suit on and tie on… having to do the role, and go, ‘right, game face,’ look in the mirror and say, ‘let’s go’. Before I even left the house I was pouring with sweat. I was in fight or flight mode.

That doesn’t make sense. Just because you suffered doesn’t mean that your kids have to suffer, in fact quite the opposite – if you suffered, do everything you can to make sure that whatever negative experiences you had, that you can make it right for your kids.

How he felt during his mother’s burial

For me the thing I remember the most was the sound of the horses’ hooves going along the Mall. It was like I was outside of my body and just walking along doing what was expected of me. Showing one-tenth of the emotion that everybody else was showing: this was my mum – you never even met her.

My biggest regret is not making more of a stance earlier on in my relationship with my wife, calling out the racism when I did. History was repeating itself.

My mother was chased to her death while she was in a relationship with someone that wasn’t white – and now look what’s happened. You want to talk about history repeating itself? They’re not gonna stop until she dies.

One of their son Archie’s first words, after ‘mama’ and’ papa’, was ‘grandma’

I got a photo up in his nursery and it was one of the first words that he said, apart from ‘mama’, ‘papa’ it was then ‘grandma’, Grandma Diana.

It’s the sweetest thing, but at the same time it makes me really sad, because she should be here.

The series is produced by Jen Isaacson and Nell Constantinople. It is directed and executive produced by Emmy Award and Spirit Award nominee Dawn Porter and Academy Award and four-time BAFTA Award-winning Asif Kapadia.