The #BBNaija 'Lockdown' Reunion Show Wrapped Up on a Positive Note Last Night! 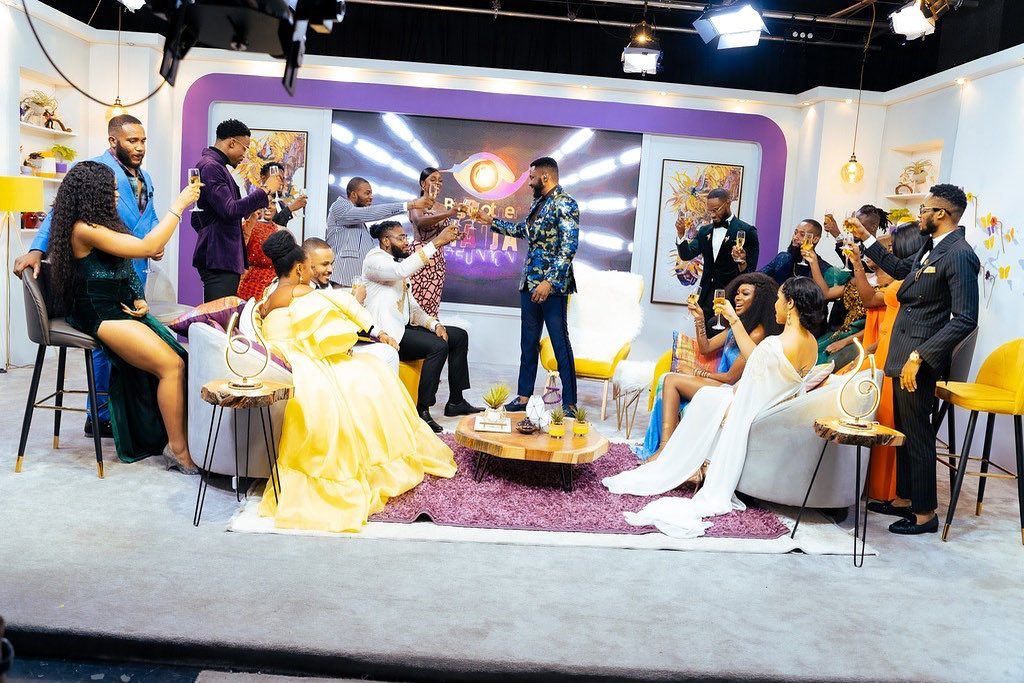 It was the final episode of the Big Brother Naija season 5 Reunion show and all the Housemates were present for one last meet-up, except Erica and Kaisha.

Everyone was beautiful and stunning at the final show, including the host with the most, Ebuka Obi-Uchendu who came through with the dapper look, as always.

Ebuka began with the guys. He asked them what they thought about themselves the first time they saw each other this season, and they all agreed their expectations were exceeded.

Ebuka proceeded to ask why there were so many relationships in the house.  While Praise felt it was because people needed someone to have their back, Tochi said it had to do with Biggie‘s house being cold. “Ebuka if you walk into that house, it’s very cold… I suffered,” he added.

Ebuka also asked who they thought would win when they first met themselves in the house, and Brighto said he thought (apart from himself) Prince was going to win. Trikytee thought either Prince, Ozo or Eric would end up the winner. He said he later removed Eric from the list because he was MIA.

Meanwhile, the season’s winner Laycon thought he was going to be in the house for just two weeks. He said he didn’t expect to win until his name was called.

Still on Biggie’s cold house being the reason for their coupling up, Vee said the first night was when she slept close to Neo. So maybe the cold played a role in relationships in the house.

On friendships with the guys, Nengi said she was friends with the guys because they were cool and they won’t judge, and Vee agreed. Dorathy thought the guys were okay but “only with the HoH position… They didn’t cook. Only someone that was turning Semo.”

When they all came together, Ebuka asked the Housemates if there was anything they had to get off their chest and Ka3na had something to say to Nengi: “I don’t hate you.” She added that her saying some things to/about Nengi was because she wanted her to do the right thing.

Nengi said she was surprised because she and Ka3na didn’t get a chance to talk or know each other before Ka3na left the house, so she didn’t know why she was getting that behaviour from her. They’re good though, Nengi said.

Dorathy also addressed the roles fans play in their relationships and apologized for any snide remarks she made about anyone. “I love everyone… I’m sorry if I’ve made snide remarks… I’m all for friendships. Please invite me to your house.”

On Pressure Outside the House

The Housemates also discussed handling pressure outside the house and people not “rating” BBNaija stars after the show because it looked like they didn’t work hard to get there (become popular).

Tochi said “It’s all about doing what you know how to do and not what the fans expect of/from you. Do you!”

With regards to people saying the Reunion Show gives more room for hate and toxicity, Ebuka asked Housemates if the reunion was worth it for them and Wathoni said “it’s over worth it. I feel like I’ve had the time to show who I really am and correct misconceptions about me.” She hopes the stereotype about men will end with the reunion.

Unseen Moments from the Reunion

Before the final wrap up, we got to watch some unseen moments from the reunion. A clip that showed Kaisha saying she doesn’t think someone had diamonds because if she did, she wouldn’t be in Biggie’s house. We’re not sure who she was talking to?

We also saw a clip where Ka3na wanted to know why people have a problem with her referring to herself as “Boss Lady”. Wathoni’s response to Ka3na was “stop saying you’re the Boss Lady. You act it.”

Lucy also talked about how she liked Praise in the house but didn’t pursue it because first, he had a partner, and then she had heads turning when she said it was also because Ka3na liked him.

The final clip showed a small altercation between Kaisha and Vee because Vee was trying to explain to Kaisha that Kiddwaya didn’t call her naive while speaking.

Phew! We have finally come to the end of this season’s Reunion show. What was/were the highlight(s)of the reunion for you?

A Career in Nollywood is Calling! Apply for the MTF Academy Today – Deadline is 16 July 2021

Jamiu is Finally Revealing his True Self! Watch Episode 5 of “My Name is A-Zed” Season 2