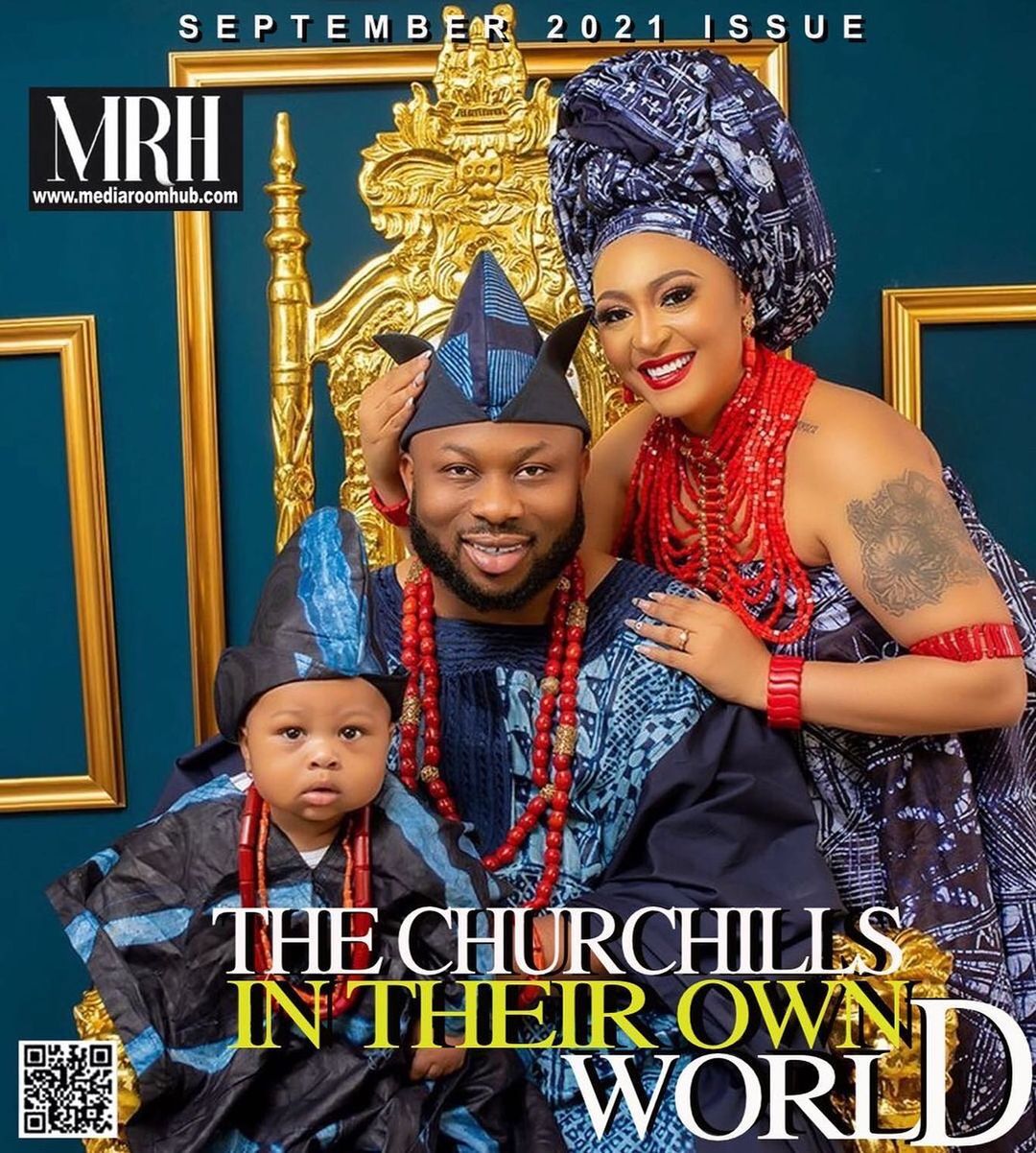 Love, they say, is a beautiful thing, and of a truth, Olakunle Churchill and his wife Rosaline Meurer have found that space in their world. The bond and chemistry that exists between these two love birds rule the seat of their hearts. The Churchills have remained friends despite the roller coaster of controversy that has trailed their relationship.

Rose is a woman who exudes happiness and vigour after being a first-time mother. They are introducing their first child together for the first time and can’t contain their joy as parents to King Churchill Omoniyi Oladunni-Churchill.

Rosaline also showered encomium on her hubby, describing him as a quiet, calm, and compassionate man who is caring and very understanding. 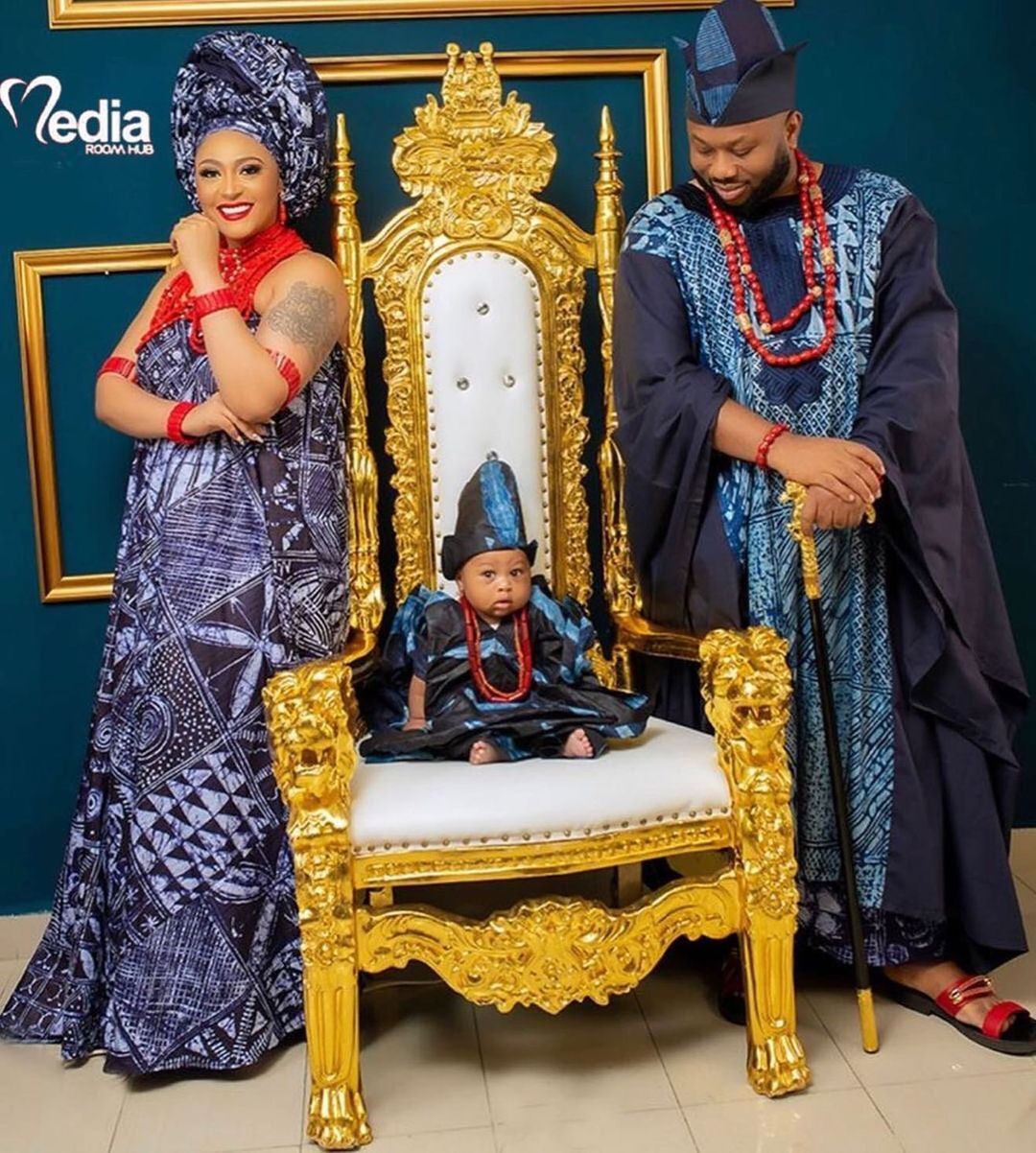 In this interview with Azuka Ogujiuba for Media Room Hub, Rosaline spoke about her journey to motherhood, her friendship with her husband, and their family plans.

On how she was able to get fit after childbirth:

I think it has to do with my body type. I’m still a bit chubby here and there, but altogether I work out sometimes. I still wear waist trainers and eat my normal portions, and basically, let us say that is how I am. It’s my body; it’s the way my body is built. It’s my nature to snap back in shape. Like I said, I’m still chubby. 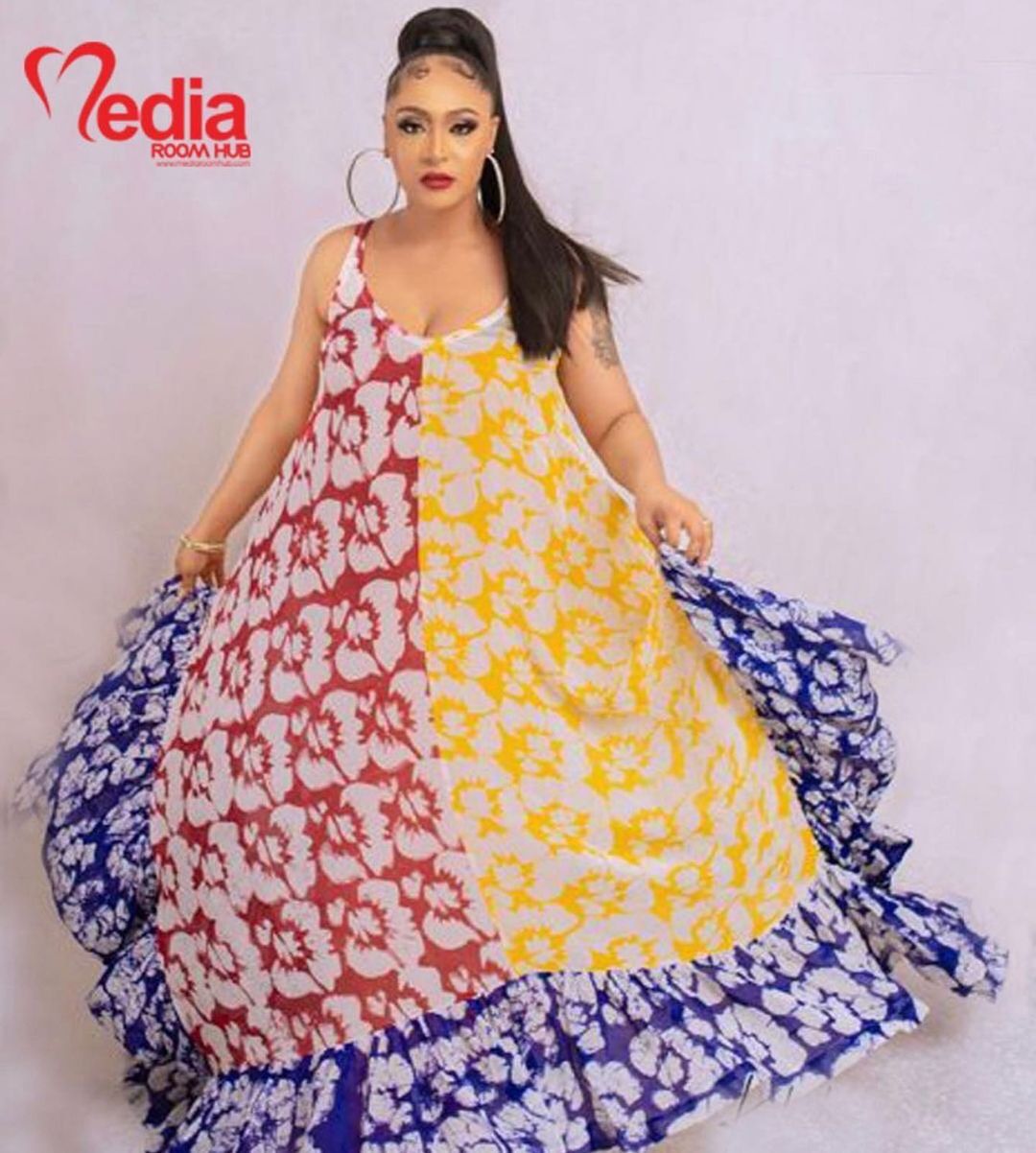 On her motherhood experience:

Well, motherhood for me is the best feeling ever. It was the best experience I’ve ever had. I feel like I’ve found my purpose, and it’s just so intriguing. I’m thrilled; at the same time, I’m scared because when my baby coughs, I get worried “is he sick?” Does he have flu? He’s usually very hyperactive and bubbly. When he’s not hyper I will begin to say to myself, “Is there something wrong?” So, It’s just a whole new feeling. It’s just different, but I would say he’s my teacher; he’s been teaching me so much, and I am ever so grateful to God as I am right now. I have given life to the world, but in reality, I have been given a new life, so I’m extra happy, and I will love to be a mother all over again.

On how she deals with negative comments and social media trolls:

I used to be one of that would read comments, but I never really get affected by them because I would say I have thick skin. It’s like seeing dust on the table, and you blow it away and move on. That’s just really how I deal with it. I’m not one to read comments anymore. Like I post pictures and scroll through the first few comments I see, or maybe if I’m tagged, I’ll take a look at it. Aside from that, I feel like everyone is entitled to their opinion as long as their opinion doesn’t change me and affect me. I don’t think I have a problem with anyone saying their mind. 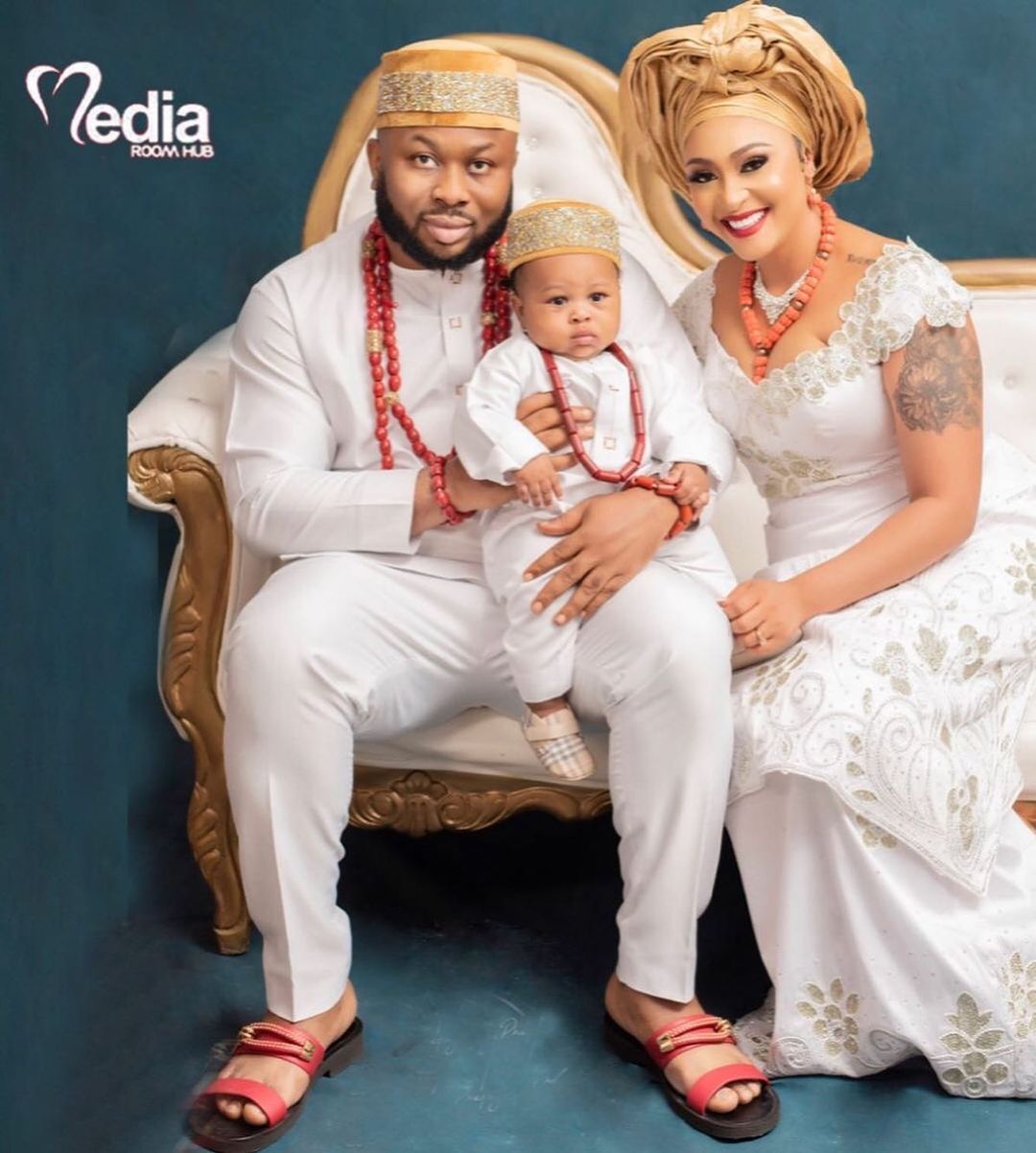 On they settle misunderstandings:

I’m always the annoying one, but he annoys me back by just walking away. The silent treatment is very painful, and he’s so good at that. He’s good at walking away when the situation is tensed. When we argue and fight during the day, we sleep at night on the same bed, and with that, we settle our issues, so there’s no time where we are upset, or we are arguing, or we fight with each other, and I decide to sleep on the sofa or in another room. So, one thing that always keeps a marriage. I know l am new to that world, yes I know, but in relationships, one thing that will keep you guys together is not always separating yourself from each other.

At night, we sleep on the same bed. He would cuddle me eventually, and we would make up in the morning. If we go to bed upset and it is cold, and he’s asleep before me, I don’t allow the fact that we fought during the day to make me leave him to the cold, I’d take the duvet, and cover him, and then I turn my face, and eventually, he would hold me and then we’d make up. I am the one that prolongs our fight because I love it when he begs me after a quarrel.

He’s always that one trying to beg; baby sorry, baby sorry. As a woman, I need to do “Yangs” small. I am constantly prolonging it. It is lovely to see him beg me when I am upset. That’s just the irony of it. He makes me upset, but he begs me, so when I make him upset, he still begs me. Either way, he’s always the one begging me, so he’s just easy-going. And l am grateful to God almighty where l have found myself. 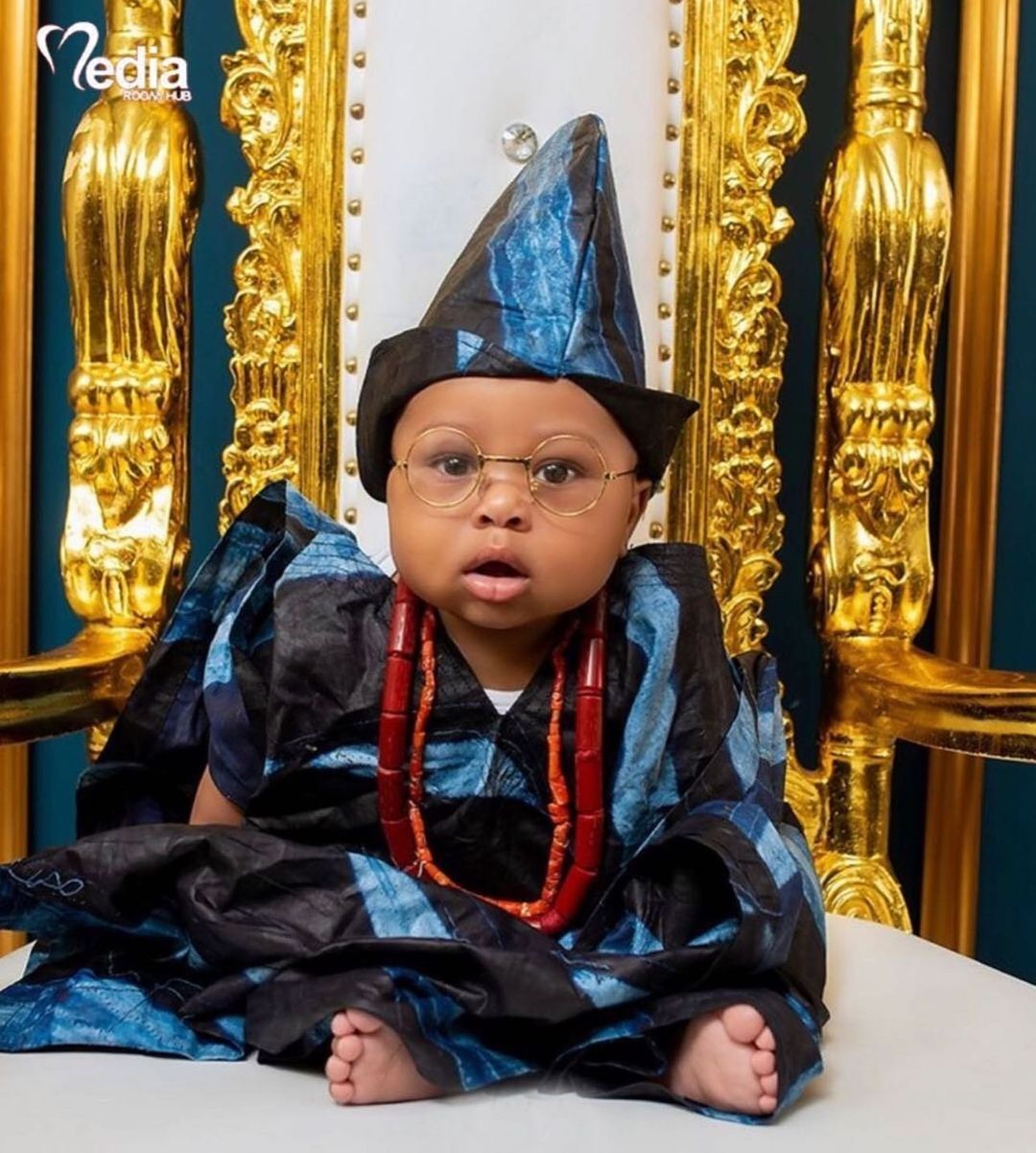 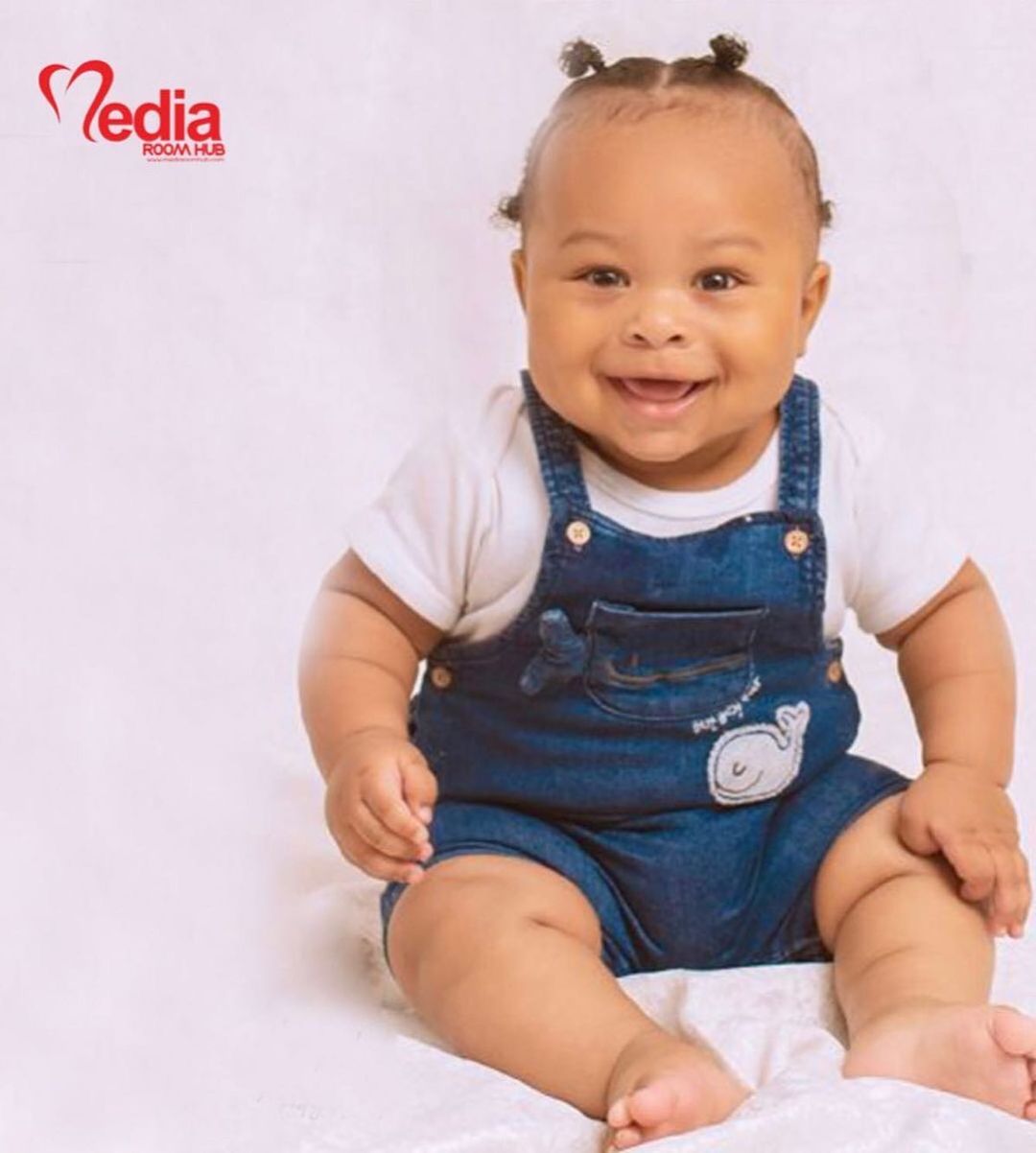 Go behind the scenes of the cover shoot below: