ThisDay Style Features The Cast of "King of Boys: The Return of the King" On Their Latest Cover 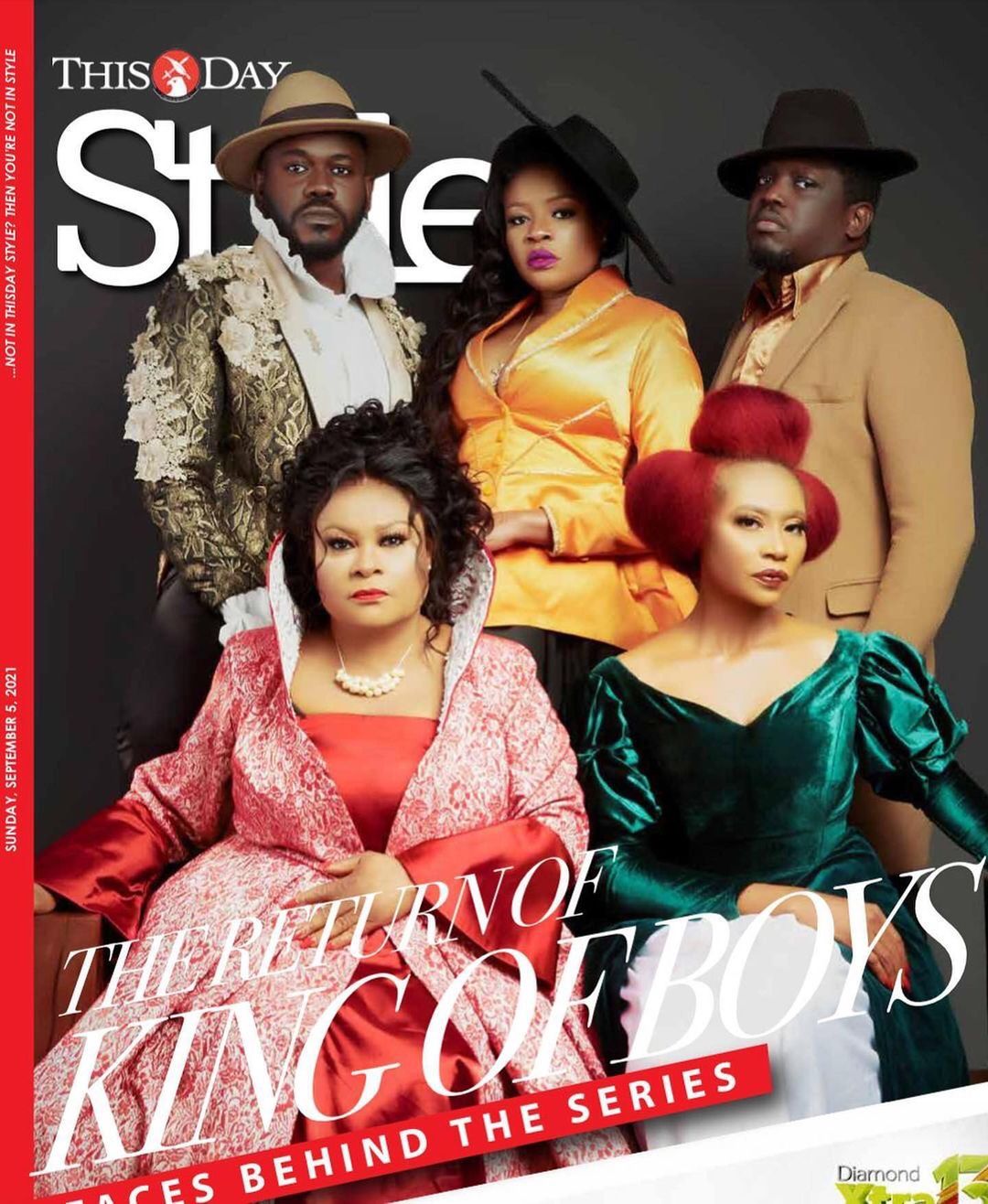 ThisDay Style team caught up with some of the lead actors and the director of “King of Boys: The Return of the King“, Kemi Adetiba, Nse Ikpe Etim, Illbliss, Deyemi Okanlawon and Sola Sobowale, as they share their experience working on such a phenomenal movie and further reveal other personal details of their life on the of cover the magazine’s latest edition.

Check out excerpts from the glamourous cover below: 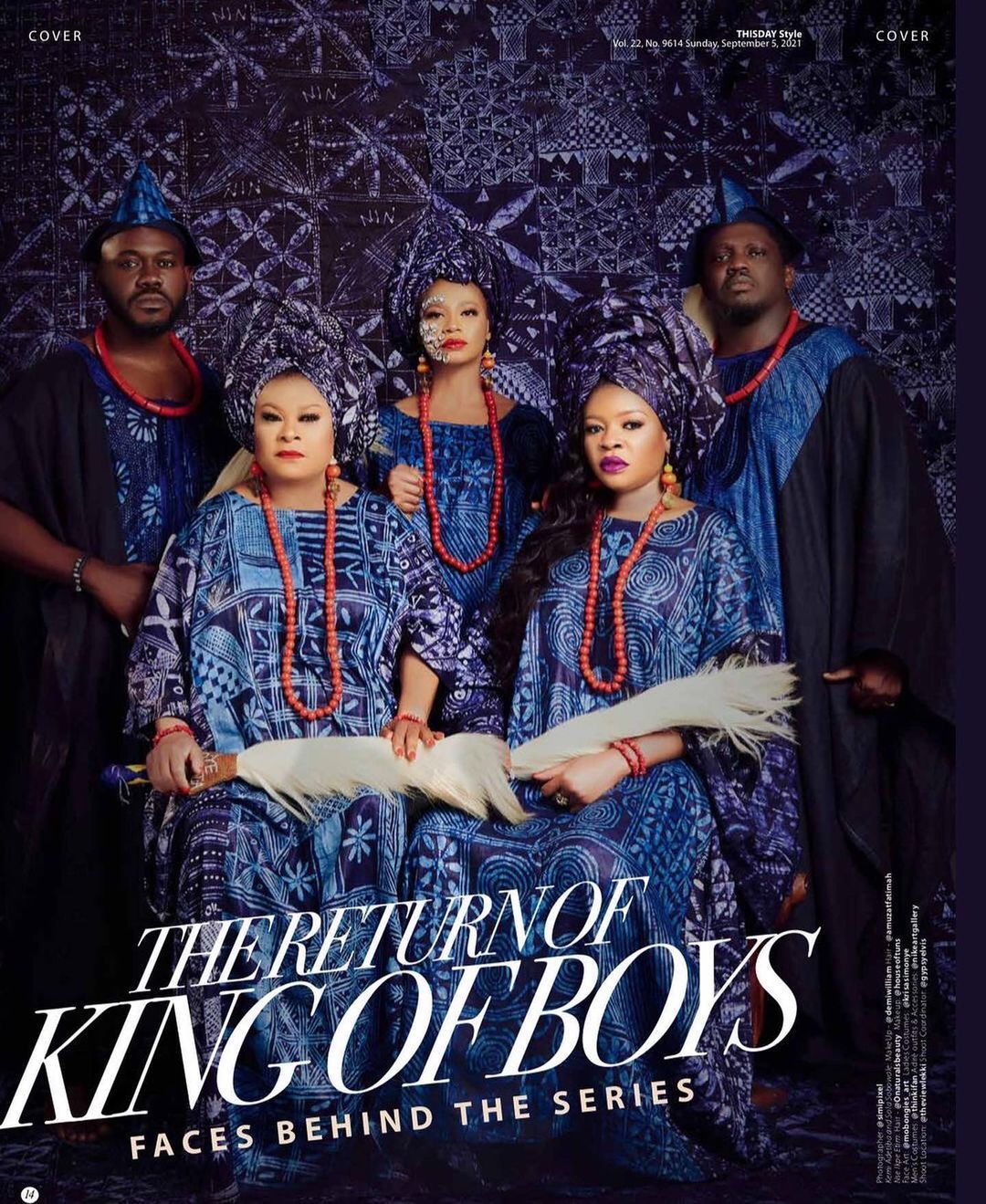 On How she pitched KOB 2 to Netflix:

Kemi Adetiba: I actually didn’t. Based on how well KOB 1 did on their service and the fanfare our KOB ARMY (as I like to call them) created, Netflix approached me with the idea to collaborate on a second instalment. I mean… It’s Netflix! (Laughter). They took me to lunch on one of their visits to Nigeria. I was so nervous and I have to admit, I felt honoured that they asked to meet me one-on-one, saying they wanted to get to know me better. Then during lunch, they said they were interested in a sequel and asked if I was working on one.

On how she got the role of Eniola Salami:

Sola Sobowale: Kemi invited me for lunch. After the food, she brought the script out, I looked at it, and we talked about it. Then I said “Aaah Kemi, this is big, this is huge. First of all, where are you getting this money from?” She said God will do it. I said okay. What’s my role? She said King of Boys. I looked at her and said, “Are you joking? Are you a gambler? You don’t know me Kemi. Why are you risking your life, your everything? Why do you believe so much in me that I’ll do this?” She said, “Aunty Sola,” you know she has a way of calling me and she said, “Aunty Sola you’re going to do it, You’ve done it already.” I replied, “Okay, you believe in me? Give me the baton, let’s run!” The rest is the story. Thank God.

On how the KOB emphasized political criminality and how the message resonated with Nigerians:

Nse Ikpe-Etim: Filmmaking is a great way to highlight common issues we all experience in society. Corruption is one of those issues that will strangulate the development of any nation and it’s important that we are reminded of this so we can hopefully look at better solutions through meaningful discourse. The message resonates with any sovereign state with a political class. It’s a storyline that cuts across and defies race or culture.

On what drives him in life and what kind of person he really is:

Deyemi Okanlawon: Underneath all this acting image, I have the spirit of an entrepreneur. All I’ve ever wanted was to discover whatever gifts/talents I have, hone these into valuable expertise and share it with the world in exchange for value. This ideology permeates everything I do from acting to real estate, finance and oil and gas. I recently went back to paid employment and led the team at Silverbird Film Distribution to add value and gain insights into the marketing and distribution side of the Nigerian film industry.  Apart from all this serious stuff, I love play-trolling my friends on social media and derive fulfilment in youth development projects.

On how his character ‘Odogwu Malay’ in KOB shaped his views about politics:

Illbliss: I have always been mindful of the saying “Politics is a dirty game”. In my music career, l have written numerous songs about how dark and sinister politics can be and its far-reaching effect on the people. It’s not new to me.

Check out the full feature here.