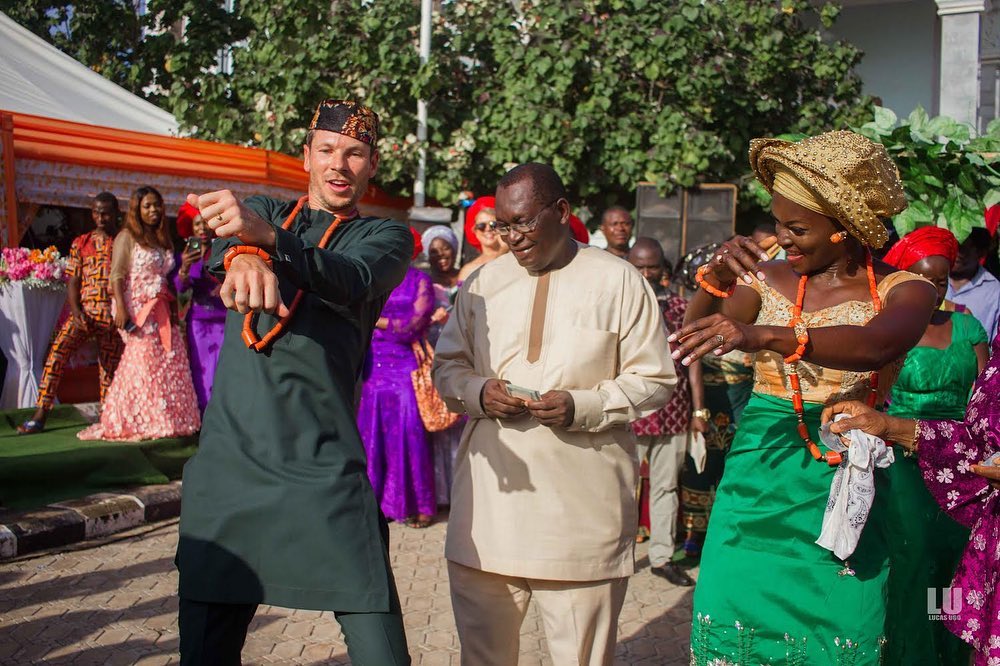 Dr Chike Akunyili, the husband of Dora Akunyili has died. He was reportedly shot dead on September 28, 2021, by unknown gunmen.

He was reportedly travelling from Onitsha to Umuoji in the evening at Eke Nkpor, Anambra State, following a ceremony honouring his late wife, Dora, who died in 2014, when he was shot in the head in the presence of his driver and escort.

An anonymous source told The Nation about the event before the incident, saying,

I was with this man yesterday same yesterday at Sharon Hall, All Saints Cathedral, Onitsha. It was an occasion of the University of Nigeria Nsukka Alumni Association (UNAA), Onitsha branch event where they honoured late Dora Akunyili.

He spoke glowingly about Dora and made a donation of 500k to the association. He was there with his son, Obum now working with the Anambra State government. We saw them off to the car and it was emotional when Obum hugged him tight as both of them separated to join their respective vehicles. Obum was in a white Hilux while the man was in a big Jeep (I think Prado). God have mercy!

Chidiogo Akunyili-Parr, the daughter of the late Dora and Chike Akunyili took a moment today to pay homage to him following the devastating news of his death. In an emotional tribute posted on Instagram, Chidiogo stated,

Ubuntu – ‘I am because we are’. If this holds true, then the man who pulled the trigger twice is because we are — his anger, the injustice of his action, and his violence are because it is mirrored in the world around him. If ‘I am because we are’, then my father’s pain gasping for breath in his last moments is because we as a nation are in pain.
⠀
I spoke to him on Monday, just a day before another human willfully took his life. We couldn’t have known it would be the last. We spoke about my mother, about the award being bestowed upon her the next day and how it was a birthday present from her to me. He asked after his newest grandchild whom he had given the name Mmesomma — ‘the one who does only beautiful things’. And above all, he bemoaned the state of things in the country. As a surgeon, always frontline with the people’s suffering, he shared just how visible the current hardships were. Patients, he said, were no longer able to pay for care. It didn’t help, he added, that no one was safe. I asked him if he was being safe and he assured me that he was, going on to share that he never went out anymore And was sure to be home by 6. Convinced, I reminded him to be even more careful and to take care of himself.
⠀
If Ubuntu holds true, that he is — a son, a beloved father, a loving grandfather, a healer, a papal Knight, Agbalanze of Agulu, a friend, a brother, and so much more — then this is an invitation for us to find the good in us. We can choose a different path… this current one leads to more senseless death and pain for one too many.

She also shared an official statement signed by the Akunyilis. 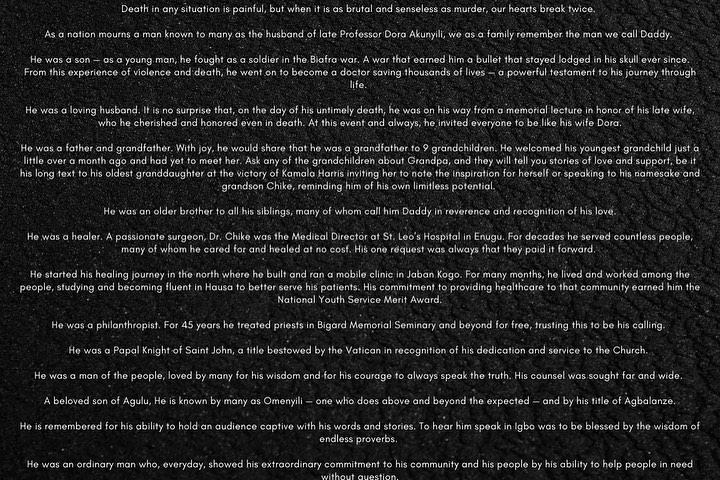 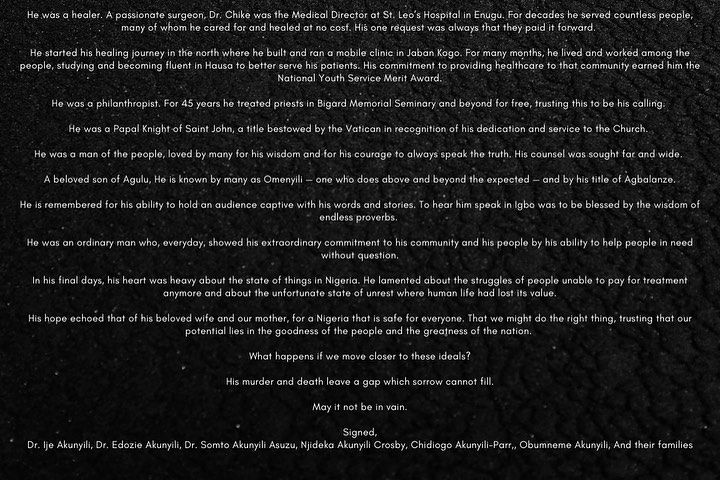 Dr Akunyili was the Medical Director of St. Leo Hospital Enugu at the time of his death. He was also a professor who made contributions to Nigeria’s healthcare industry.

We wish the Akunyilis strength in this difficult time.

#EMJO2021: These Beautiful Highlights from Craze Clown & Jojo’s Wedding Will Make You Beam