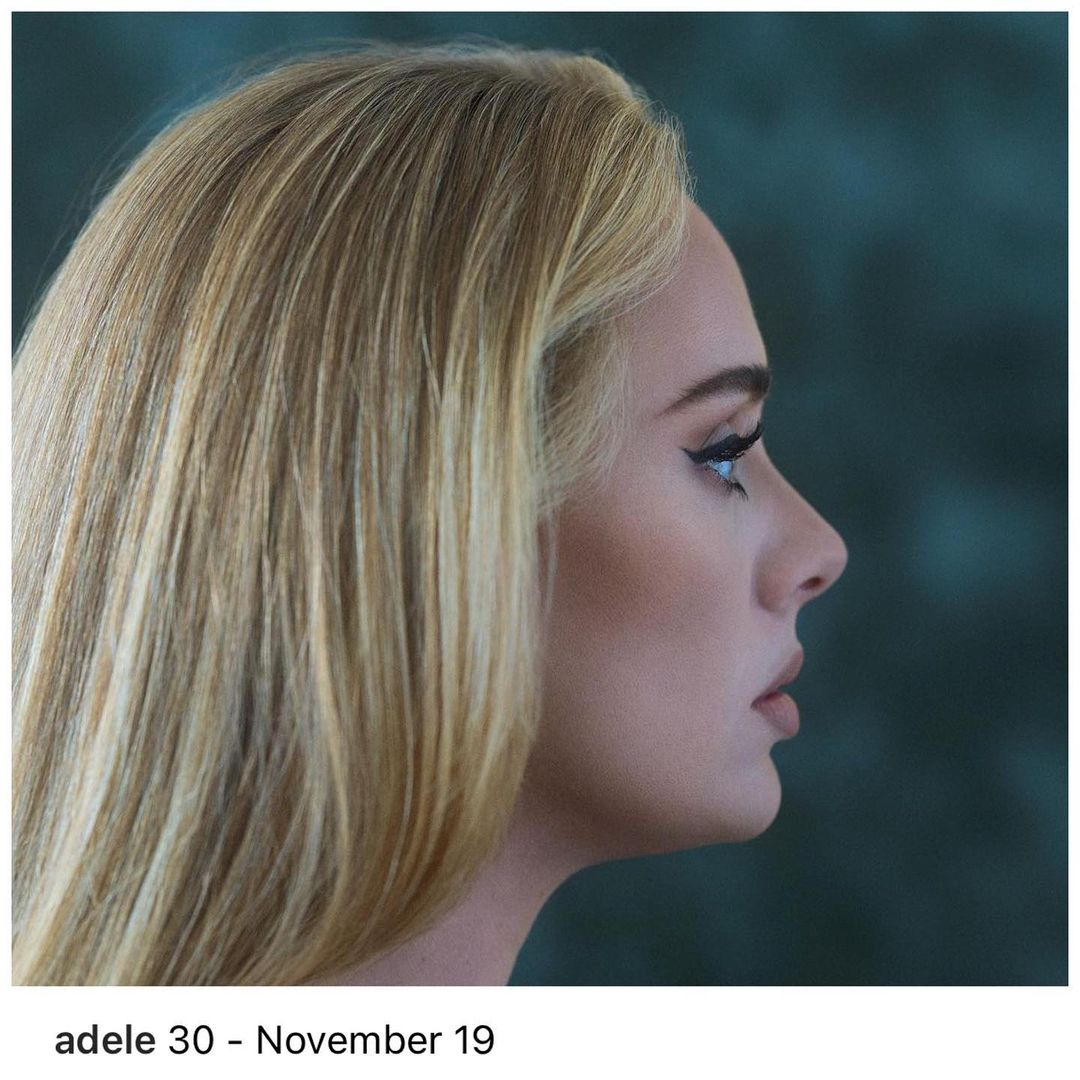 Get your speakers ready. The arrival of Adele‘s new album is very close. The singer announced on Instagram, where she dished on what fans can expect from her upcoming album, which is coming on November 19.

This announcement comes after Adele made headlines over the weekend with her first live Instagram video, in which she sang a sample of a song from the album.

The album is titled “30,” and she described it as my “ride or die throughout the most difficult era of my life.” She also regarded the album as to be “that friend who no matter what, checked in on me even though I’d stocked checking in with them.”

Speaking about the album, writing process, and what it means to her, she wrote;

I was certainly nowhere near where I’d hoped to be when I first started it nearly 3 years ago. Quite the opposite actually. I rely on routine and consistency to feel safe, I always have. And yet there I was knowingly — willingly even, throwing myself into a maze of absolute mess and inner turmoil!

I’ve learned a lot of blistering truths about myself along the way. I’ve shed many layers but also wrapped myself in new ones. Discovered genuinely useful and wholesome mentalities to lead with, and I feel like I’ve finally found my feeling again. I’d go so far as to say that I’ve never felt more peaceful in my life.

And so, I’m ready to finally put this album out.

It was my ride or die throughout the most turbulent period of my life.  When I was writing it, it was my friend who came over with a bottle of wine and takeaway to cheer me up. My wise friend who always gives the best advice. Not to forget the one who’s wild and says, ‘It’s your Saturn return babes fuck it, you only live once.’

The friend who’d stay up all night and just hold my hand while I’d sob relentlessly not knowing why. The get up and go friend who would pick me up and take me somewhere I said I didn’t want to go but just wanted to get me out the house for some vitamin D. That friend who snuck in and left a magazine with a face mask and some bath salts to make me feel loved while inadvertently reminding me not only what month it actually was but that I should probably exercise some self-care!

And that friend who no matter what, checked in on me even though I’d stopped checking in with them because I’d become so consumed by my own grief. I’ve painstakingly rebuilt my house and my heart since then and this album narrates it.

Home is where the heart is x.

Adele revealed to Vogue that the album wasn’t for only her, but also her 9-year-old son, Angelo. “I just felt like I wanted to explain to him, through this record, when he’s in his twenties or thirties, who I am and why I voluntarily chose to dismantle his entire life in the pursuit of my own happiness,” she said. “It made him really unhappy sometimes. And that’s a real wound for me that I don’t know if I’ll ever be able to heal.”

“I feel like this album is self-destruction… then self-reflection and then sort of self-redemption,” she explained. “But I feel ready. I really want people to hear my side of the story this time.”