After several requests by Nigerian authorities, piece by piece, some of the hundreds of Benin bronzes and artefacts that were looted and auctioned to museums and private collectors years back are being returned to the country, causing other institutions to do the same.

The most recent return is the sculpture of a cockerel from The University of Cambridge’s Jesus College, which was looted by British troops in 1897. It was returned on Wednesday, 27th of September 2021.

Below are Prince Aghatise Erediauwa and Nigerian High Commissioner to the United Kingdom, Ambassador Sarafa Tunji Isola at Jesus College during the handover ceremony of the Benin bronze, known as the “Ókhókhó”.

According to PUNCH, the artefact was presented to Jesus College in 1905 by the father of a student. Its return, described as the “first institutional return of its kind”, was first announced in 2019 by the college and confirmed earlier this year.

Ahead of the sculpture’s handover to a Nigerian delegation, Sonita Alleyne, Master of Jesus College, Cambridge stated that “This is the right thing to do out of respect for the unique heritage and history of this artefact.”

“We thank Jesus College for being a trailblazer and we look forward to a similar return of our artefacts by other institutions that are in possession of them,” affirmed Nigeria’s Minister of Information and Culture Lai Mohammed. 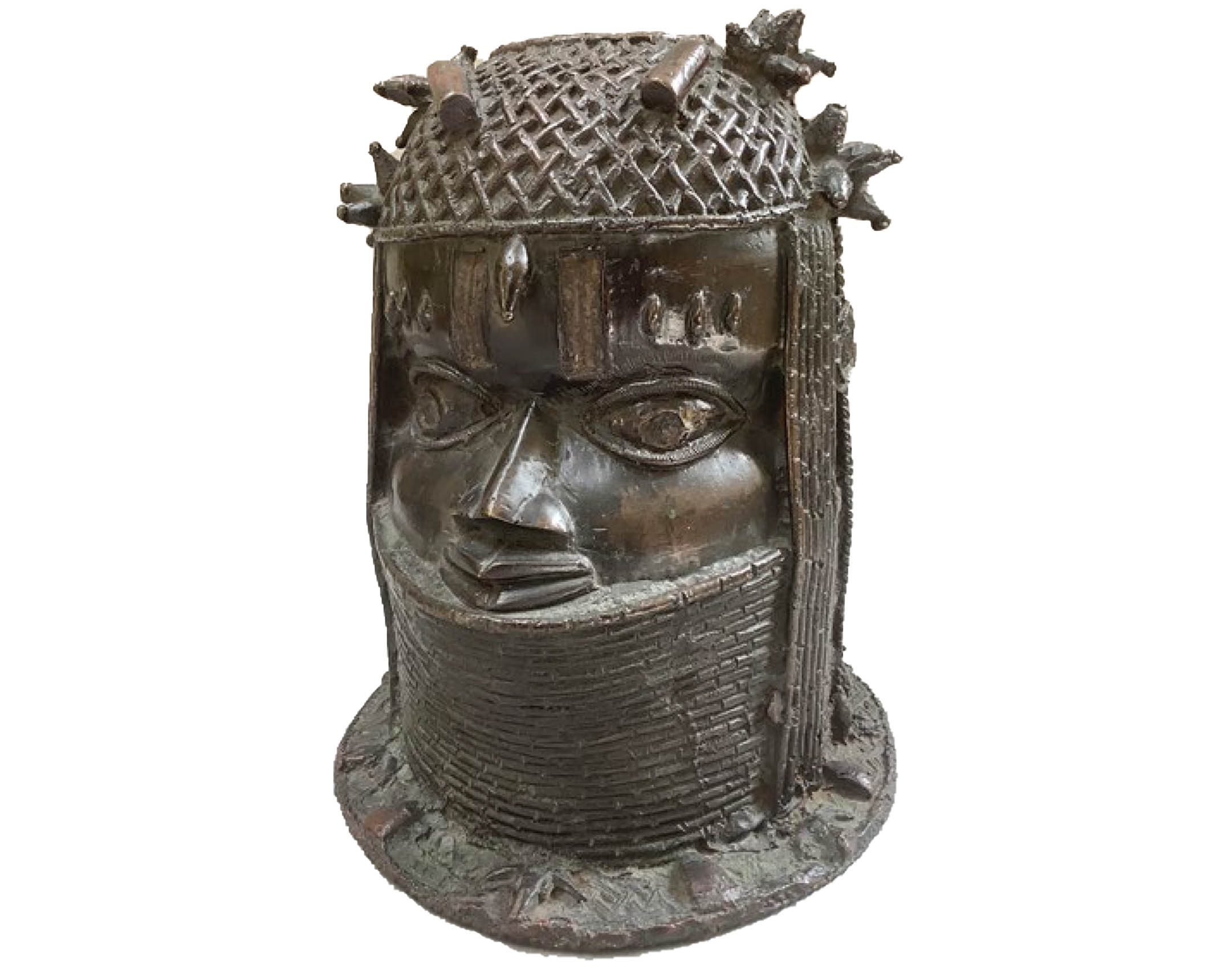 BBC News also reports that another bronze looted by British soldiers in 1897 will be handed over to a Nigerian delegate by the University of Aberdeen.

The sculpture which represents an Oba of Benin was obtained at an auction by the university in 1957. The university first confirmed its intentions to return said sculptures in March and is set to follow up with a handover ceremony on Thursday evening.

Much has been said about the significance of heritage art and, in spite of the occasional attempts in some quarters to downplay their cultural and religious relevance, these works are often imbued with the spirit of the people from whom they were taken.

We thank the University of Aberdeen for this noble act of returning our bronze work.

We hope that other institutions worldwide will see the injustice when they insist on holding on to items which in fact should be a reminder to them of the great injustice that was inflicted on a people so far away and so long ago.

“It would not have been right to have retained an item of such great cultural significance that was acquired in such reprehensible circumstances”, stated George Boyne, principal and vice-chancellor of the University of Aberdeen.

According to Aljazeera, newspaper reports says Germany is also working towards returning 440 Benin Bronzes soon. The British Museum has also formed a Benin Dialogue Group to discuss “opportunities for sharing and displaying” more of these sculptures in Benin City.