It’s showtime! King’s Dorm Season 2 airs from November 26, and we have just one piece of advice for you; don’t miss an episode this season because it’s going to be filled with drama, bonding, and good food that’ll take you on a culinary adventure.

A few weeks ago, Devon King’s announced Toyin Abraham Ajeyemi as the host of the show and Chef Miyonse as the judge. With these two awesome personalities on board, it’s safe to say you already know what to expect. This season themed “Celebrating Family Ties” is brought to you by Devon King’s, and equipped by Haier Thermocool. 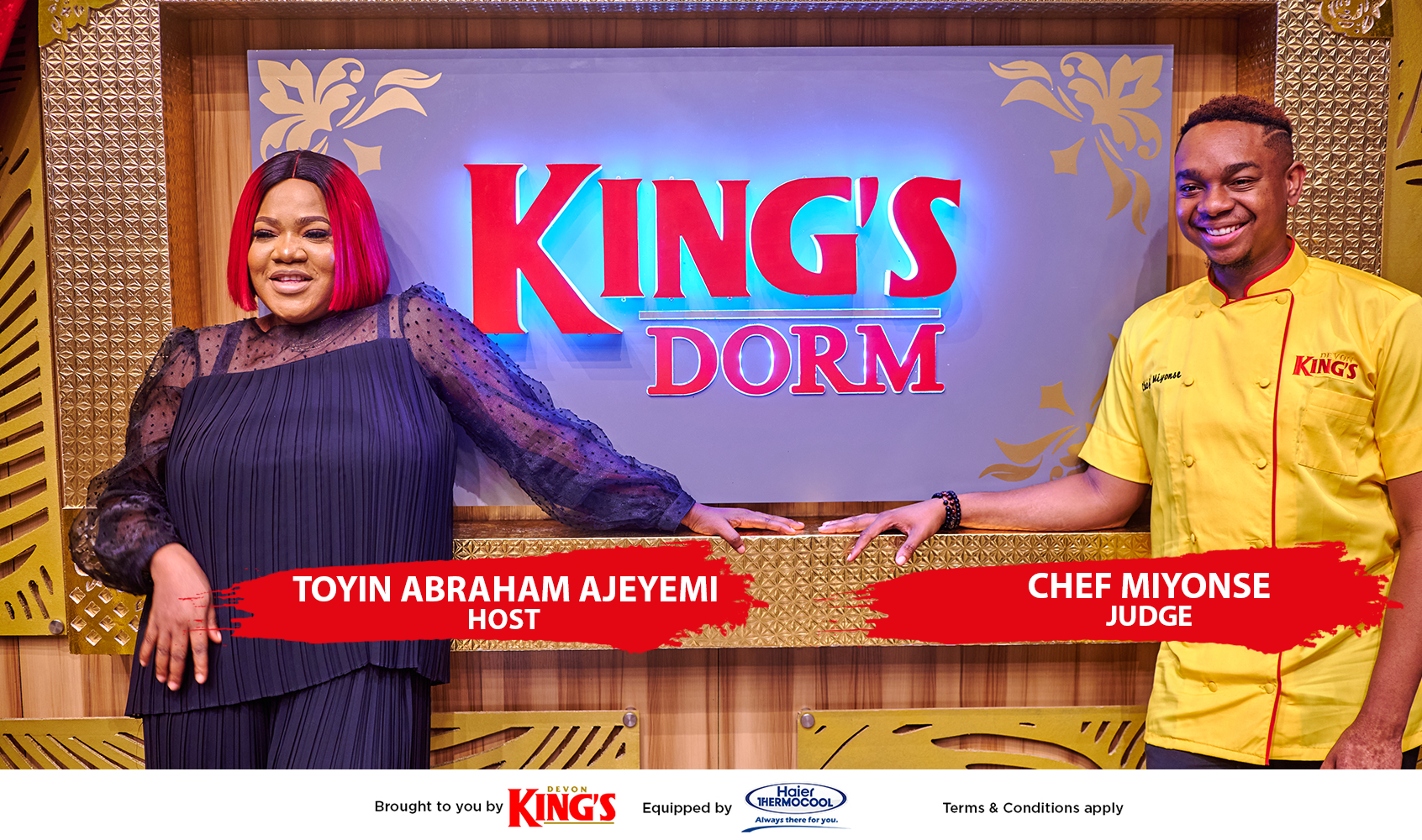 Selected from lots of entries submitted for the show, 12 families will be competing against one another to be crowned the ultimate King’s Dorm Family. 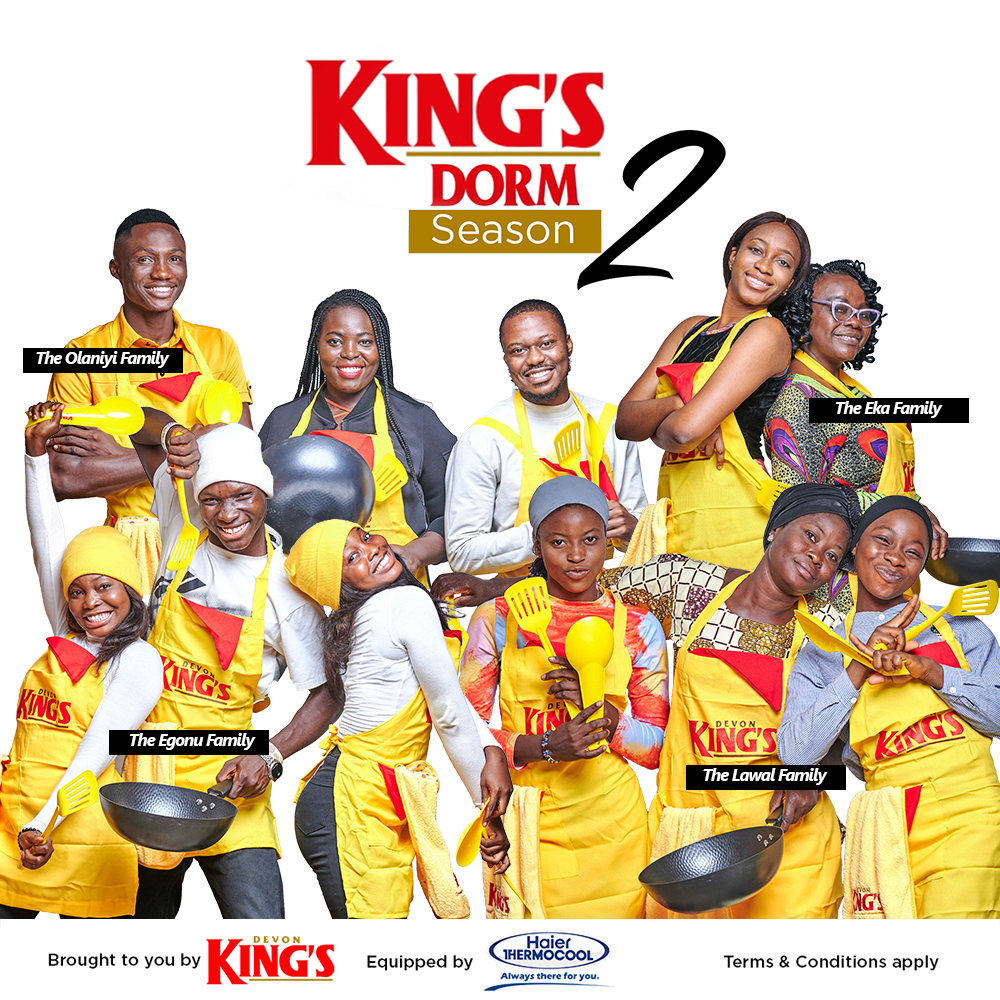 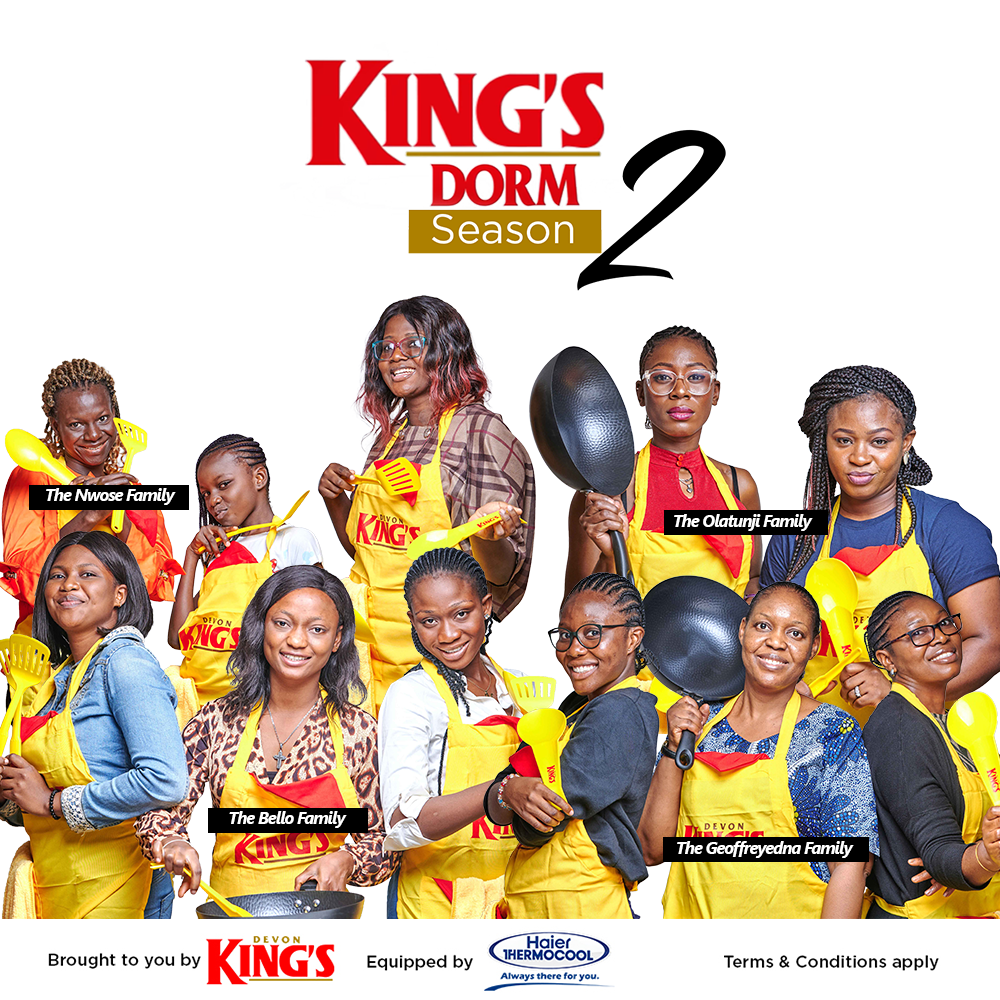 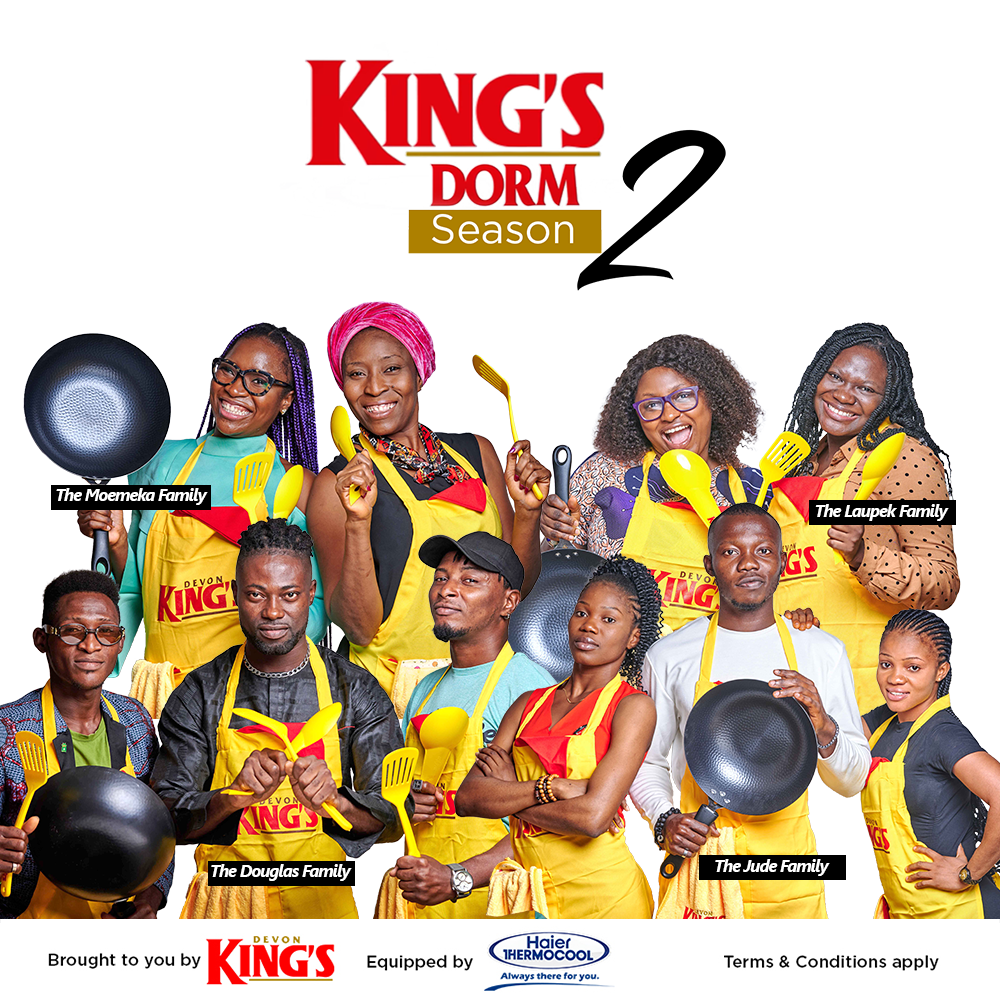 Every family boasts of culinary skills better than the rest and soon we’ll find out who gets to own that claim. Bonding over cooking is one thing every family on the show gets to experience and when the show comes to an end, the winning team goes home with a whopping ₦1,000,000 cash, a year’s supply of Devon King’s products, a Haier Thermocool frost-free inverter refrigerator, a microwave oven, and a standing gas cooker.

One interesting thing about this season is that every family that participates in the show is a winner as there are consolation prizes to be won. Fantastic right? There’s more to it; viewers at home also get to be part of the winning by participating in online contests revolving around the show, they get rewards from Devon King’s and Haier Thermocool. 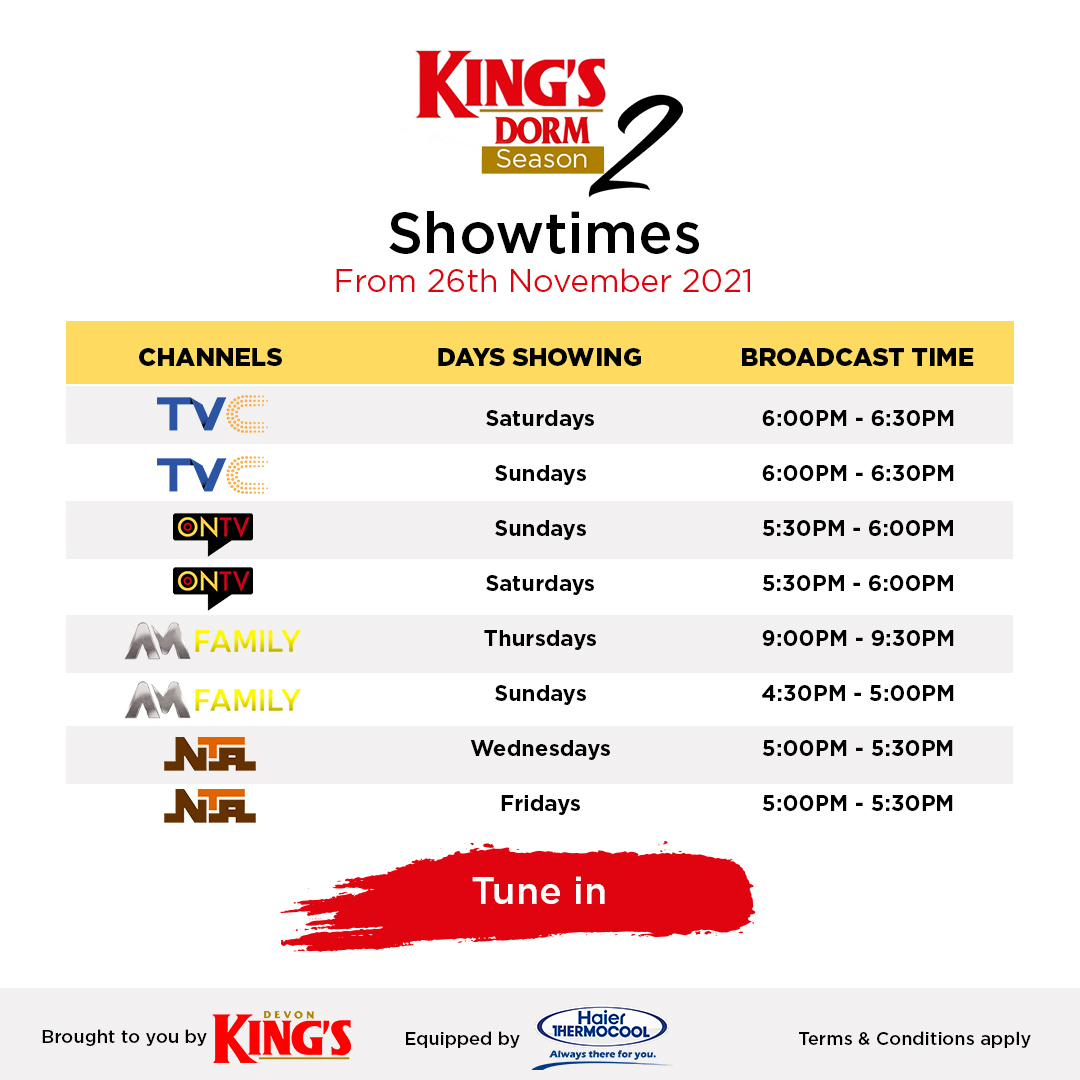 Which family would you be rooting for?

Stay locked on @devonkingsng on Facebook and Instagram for all the updates this season and follow the hashtags #KingsDorm and #DevonKingsDorm for updates on the show.