In 2008, identical twins Laurent and Larry Bourgeois, known professionally as Les Twins – French dancers, choreographers, producers, models, designers, and creative directors – shot to fame as finalists on the TV show “Incroyable Talent”, the French version of the “Got Talent” franchise; and then broke out in the US two years later when a video of their World of Dance performance in San Diego went viral, earning more than 50 million views and counting.

Shortly after, they went from dancing on the streets of Paris to sharing a stage with Beyoncé as the only male dancers on “The Mrs. Carter Show World Tour”. After two consecutive world tours with Beyoncé, they continued to captivate audiences worldwide by joining Beyoncé and Jay-Z on the “OTR Tour”. During a brief break in those world tours, they managed to sweep season one of Jennifer Lopez’s World of Dance competition on the TV channel NBC.

Today, their flair for freestyle dancing, acting and producing have garnered international acclaim, yet they continue to hone their art as they always have — together, blending street culture and intuition, and inventing new moves with every appearance.

They’ve now partnered with Maison Hennessy for the Very Special 2021 dual limited edition. Cultural icons in their own right, Hennessy Very Special and Les Twins created a multi-media collaboration around the tagline “Move Out Loud” to celebrate French heritage and the pioneering spirit. This movement creates an exceptional, inclusive platform for artistic expression through live dance and video, music and fashion. 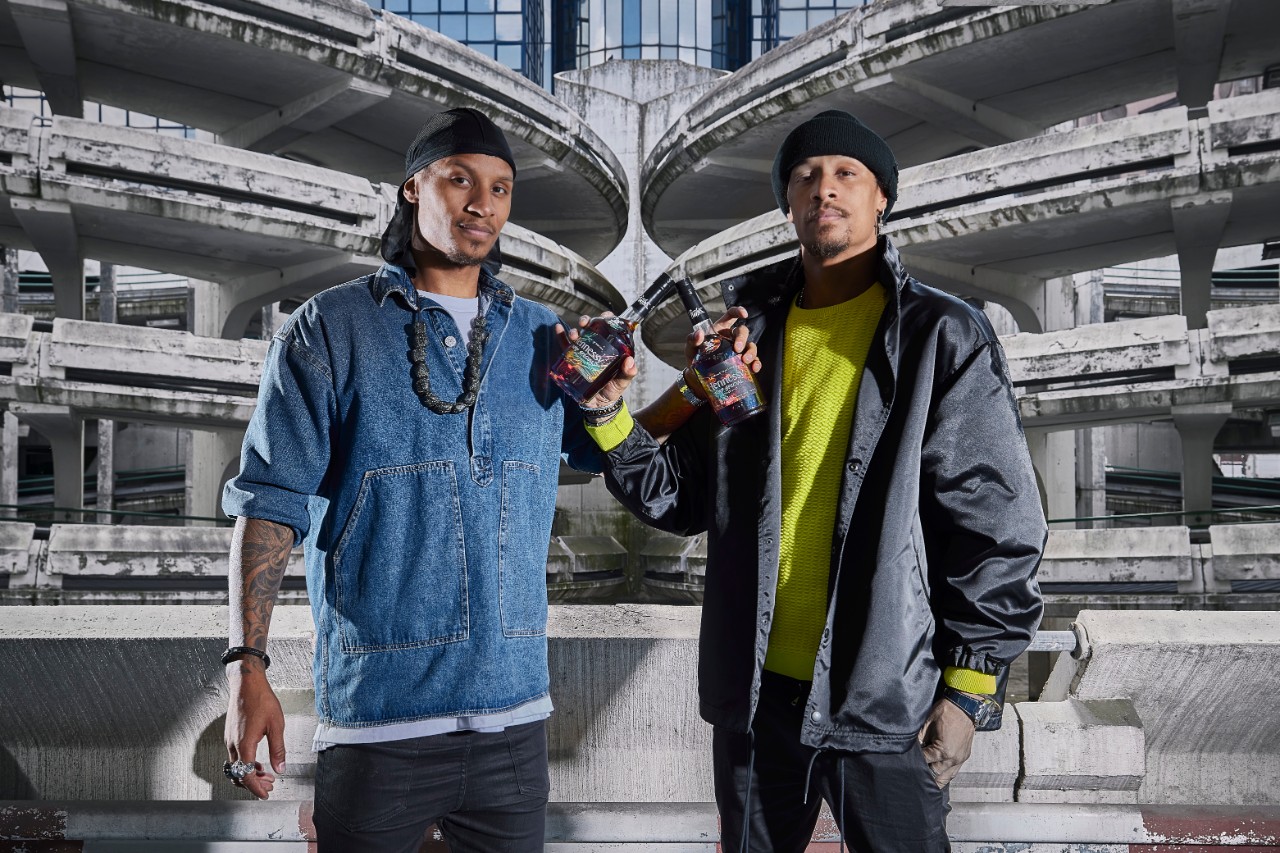 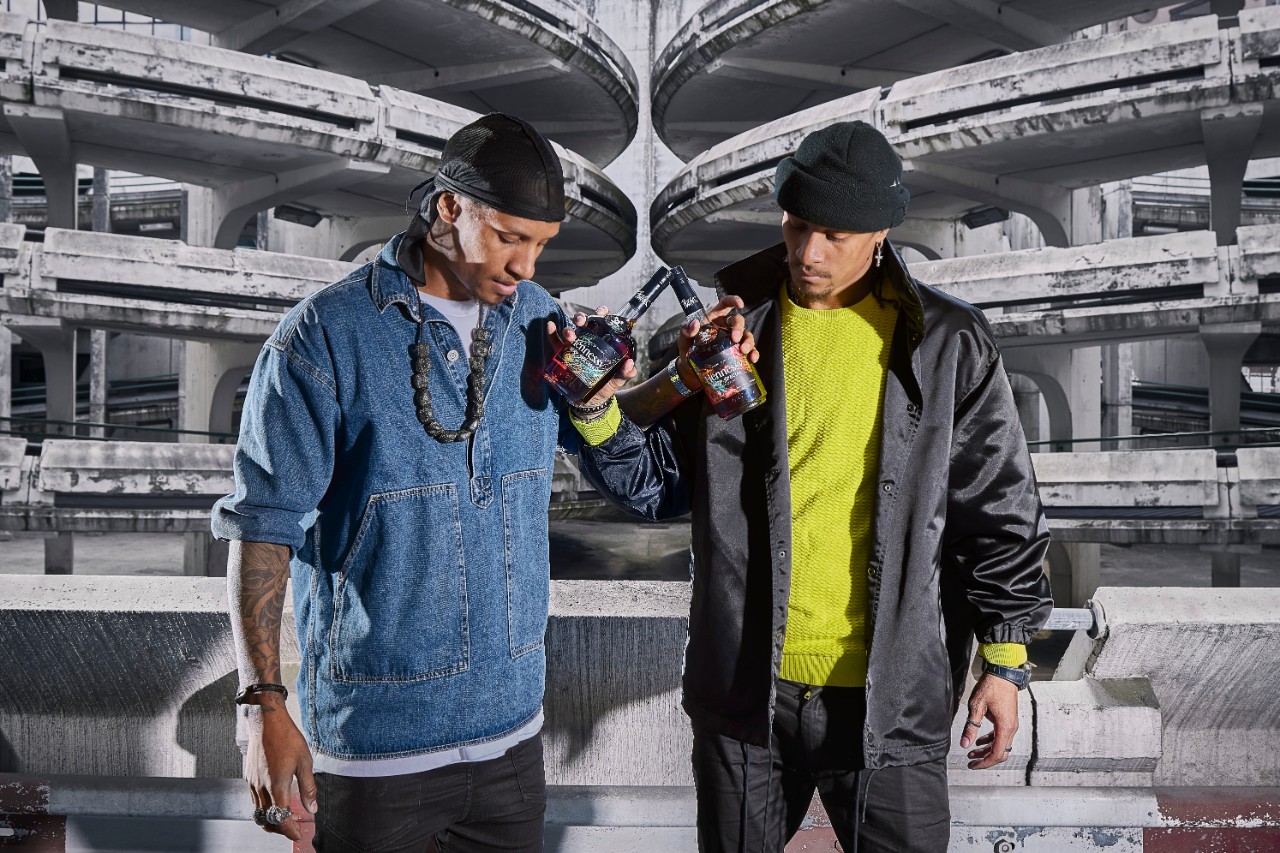 We sat down with them on zoom, during a 3-day virtual reality tour hosted by Maison Hennessy, and we got to know more about Les Twins and this collaboration. Here’s what they had to say!

What was it about dancing that attracted you to the art? At what point did you realise or decide you were going to be dancers professionally?

The love of dance runs in our family: our roots are strong — we’re the last of 11 siblings, and when you’re from Guadeloupe, you just know how to dance! Our mother was a singer and a dancer; everyone in our family has their own dance style.

Laurent: When you’re born a twin, you’re already a star in a way. We always knew we were different. Dance was our way of being different. After school, we worked odd jobs, but I really believed we were destined for bigger things so I pushed Larry to quit so we could dream big and try our luck.

Larry: One night, we showed up and danced on the Champs-Elysées. Alicia Keys saw us and we performed with her the next day in Paris. That’s how it started. Then we saved up and flew to New York and danced in Times Square, which is where Jay-Z and Beyoncé spotted us and we danced on her world tour. Then came modelling, acting and singing. 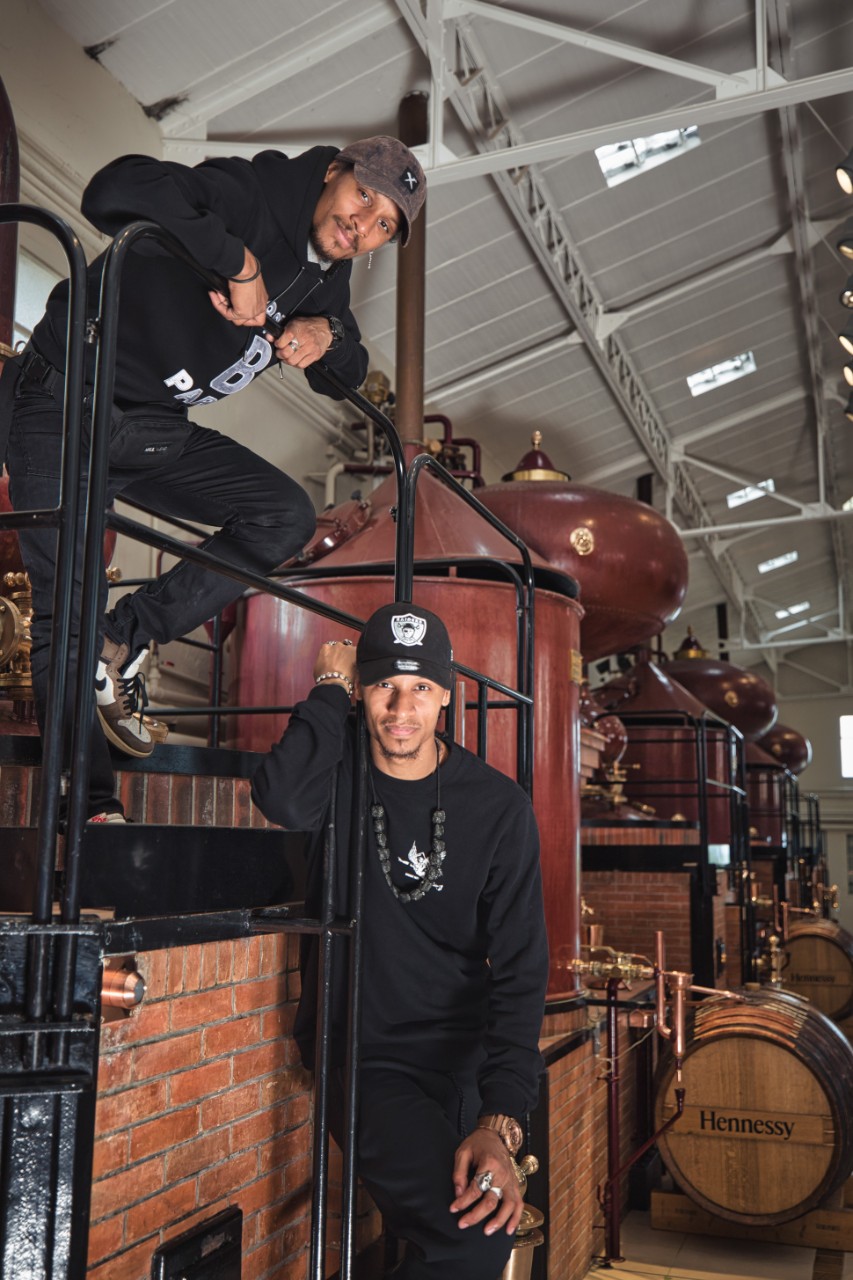 You’ve moved from dancers to music composers and creative directors of your own fashion brand, how did that come about?

One day a friend said, “maybe it’s time for you to put words to your moves”. We’re inspired by all kinds of music; and as dancers we listen to it deeply.

We started our fashion journey as models, walking the runway at Paris Fashion Week in 2010 for the Jean Paul Gaultier Fall 2010 Men’s Collection. We’ve always wanted to express our art in different ways and fashion was one of them.

About the Hennessy Very Special collaboration: how did you feel when it was sure that this was happening?

We were really excited to be working with Hennessy when the news broke. What was amazing to us is Hennessy’s willingness to make this collaboration so personal, representing France through two people of color whose story is two centuries on from Hennessy’s, yet so similar. The Hennessy Very Special x Les Twins collaboration is a single special edition, but with two different bottles infused with our own style. Hennessy even redesigned their historic crest, the arm and the broad axe (known as the Bras arme), just for us: here it appears in double. The Hennessy name also appears in Les Twins’ signature graphics, which is something Hennessy has never done before. It’s a touching gesture of mutual respect, loyalty and prestige. 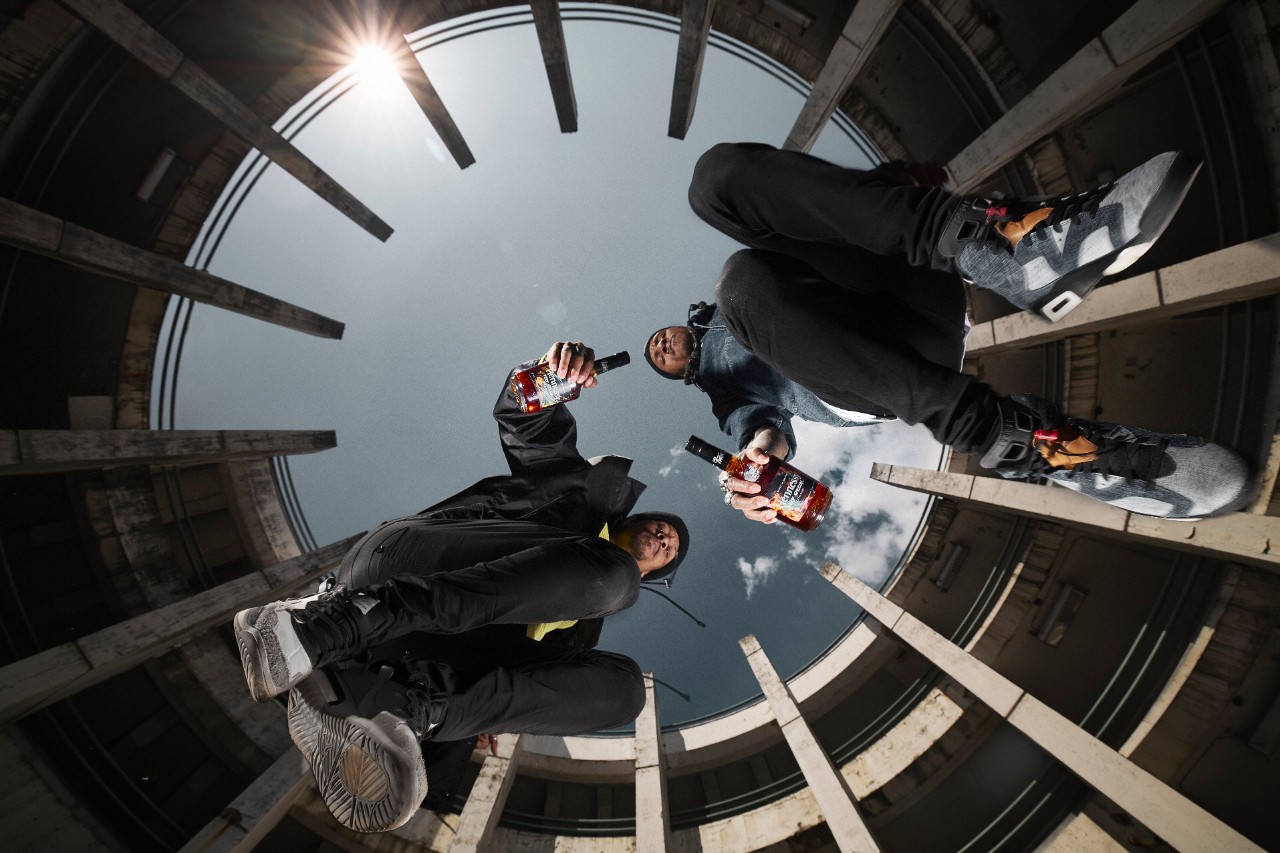 Describe your process creating this composition – Move Out Loud – and what should everyone expect from this collaboration?

The dance speaks for itself. It’s all freestyle and improvisation. We didn’t even discuss who does what; it’s beyond words. We wanted to express Hennessy’s creative process through movement. Larry was wood and fire; I was the earth and the grapevine as it grows through the seasons. When we dance, we bring together elements people may not know about, and we become those things. So we created three movements that allowed us to really blend everything together, culminating in the two stances depicted on the bottles. It’s like you can’t have one without the other, on the bottles, in our video or in a live performance.

It’s hard to explain “Move Out Loud” in words: you have to feel it in the moment. It’s like a poem. It’s about joining in a movement and experiencing something entirely new. That said, our dance for Hennessy feels doable, it’s easy to mirror whether or not people actually dance. 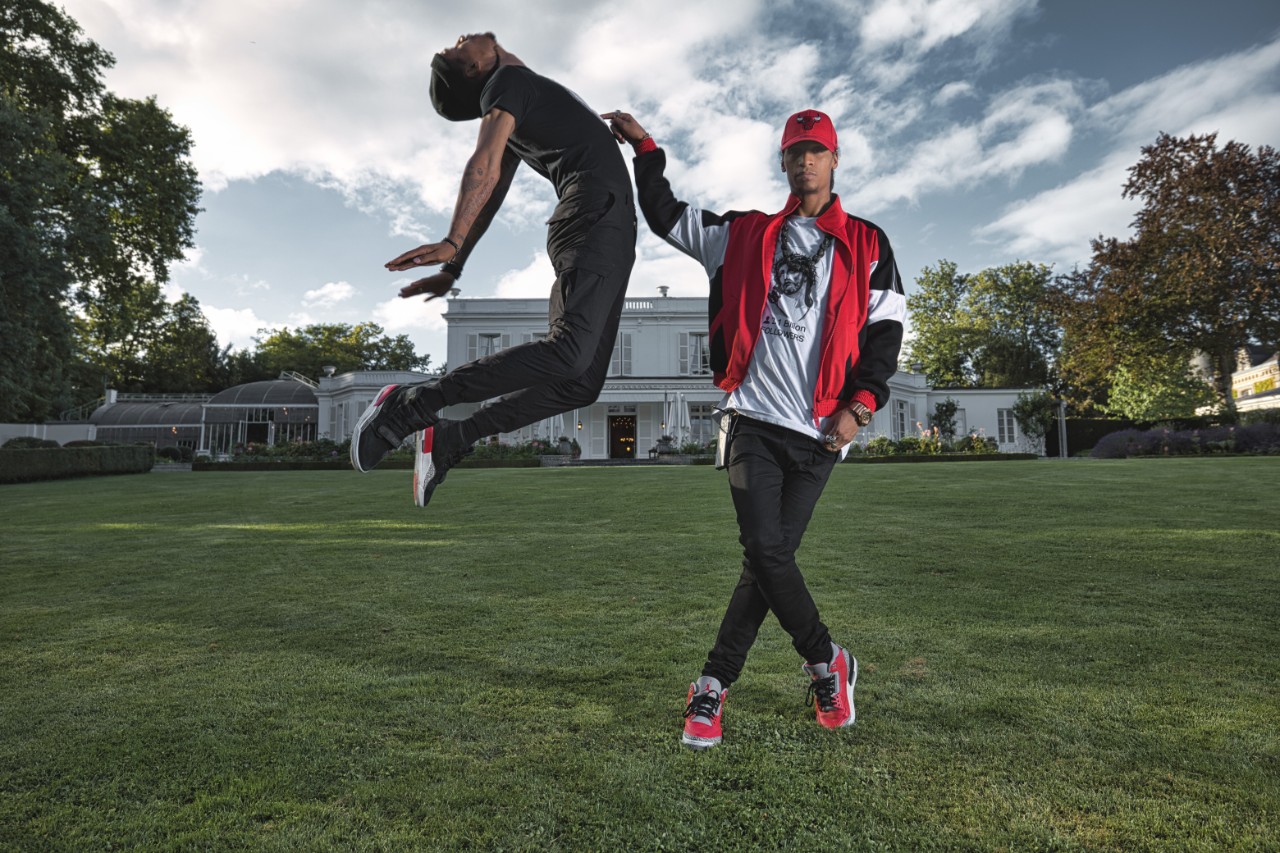 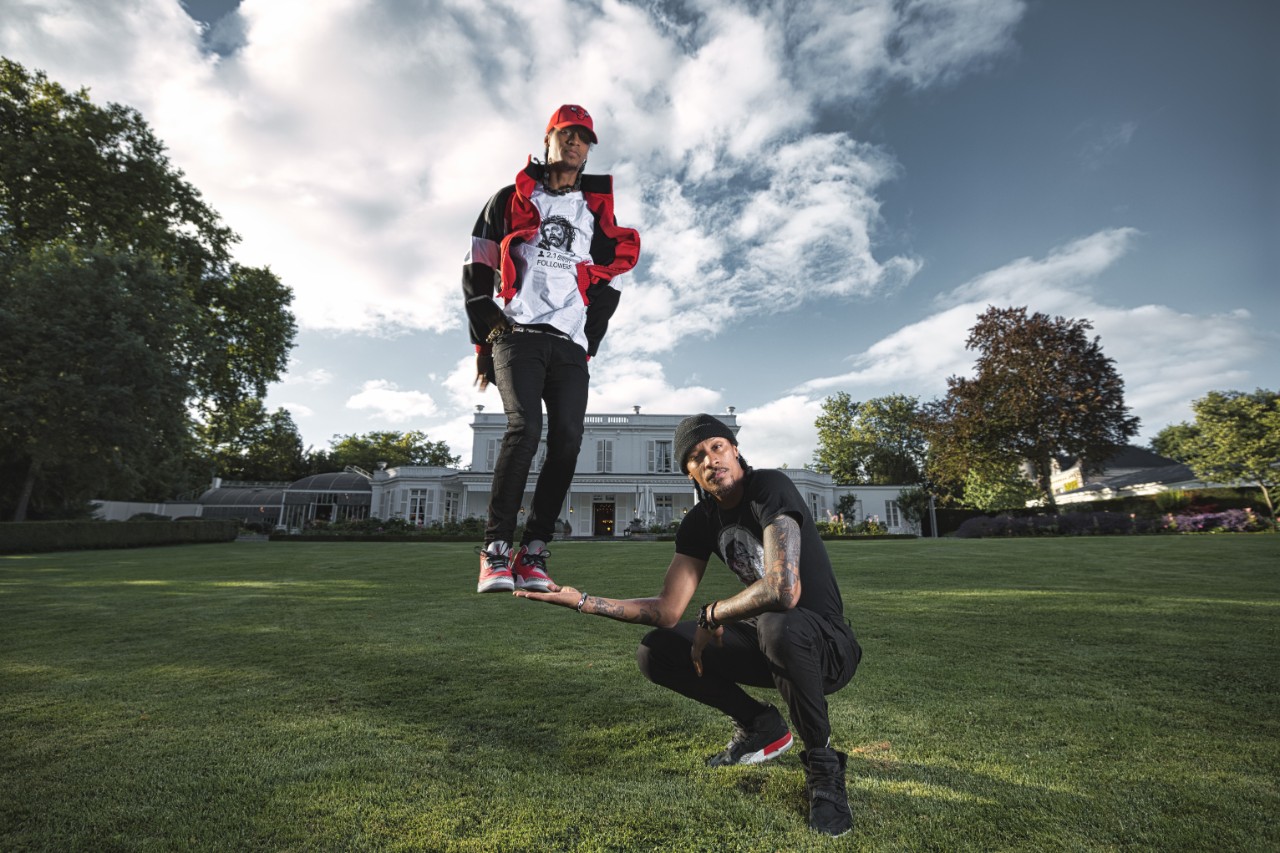 For Hennessy, we came up with lyrics that are clear, easy to remember, and could easily be sung by a crowd.

We suggested creating a capsule collection for the campaign and it’s a real source of pride for us to be the bridge between Hennessy and fashion. We have experience in the fashion industry, so doing a Les Twins capsule collection was perfect, and Hennessy really let us put it together the way we wanted. “Hennessy in Motion” is elevated streetwear with pieces that are more “Laurent” or “Larry,” but always with discreet twists. We wanted to create well-cut clothes that people will feel good in and want to wear every day, that they can mix with favourite pieces they already own. 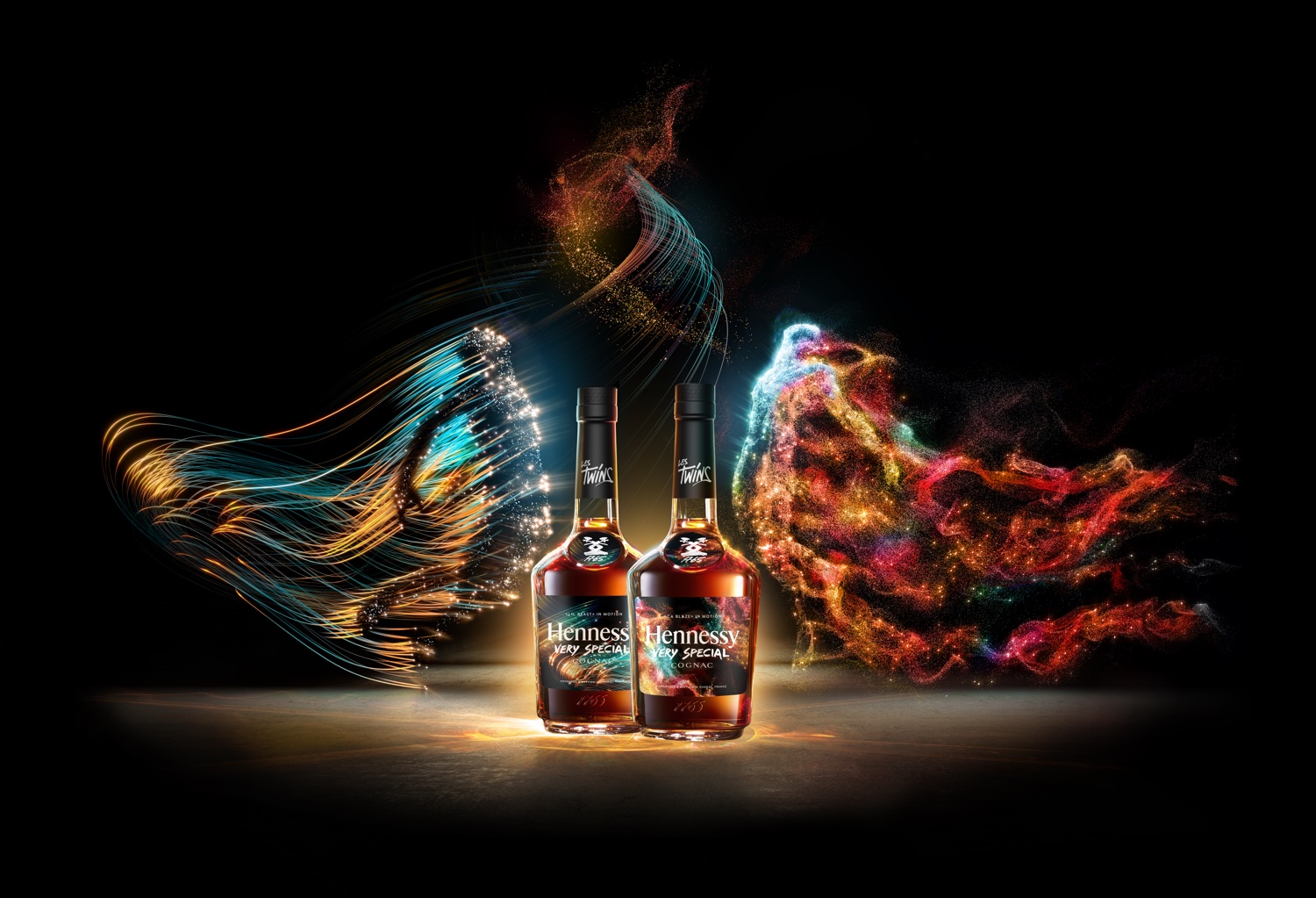 AFRIFF 2021: Every Look Worth Seeing at The Opening Ceremony