Modupeola Fadugba's 'The Artist's Algorithm: Why Nations Win' Art Exhibition is Not to Be Missed 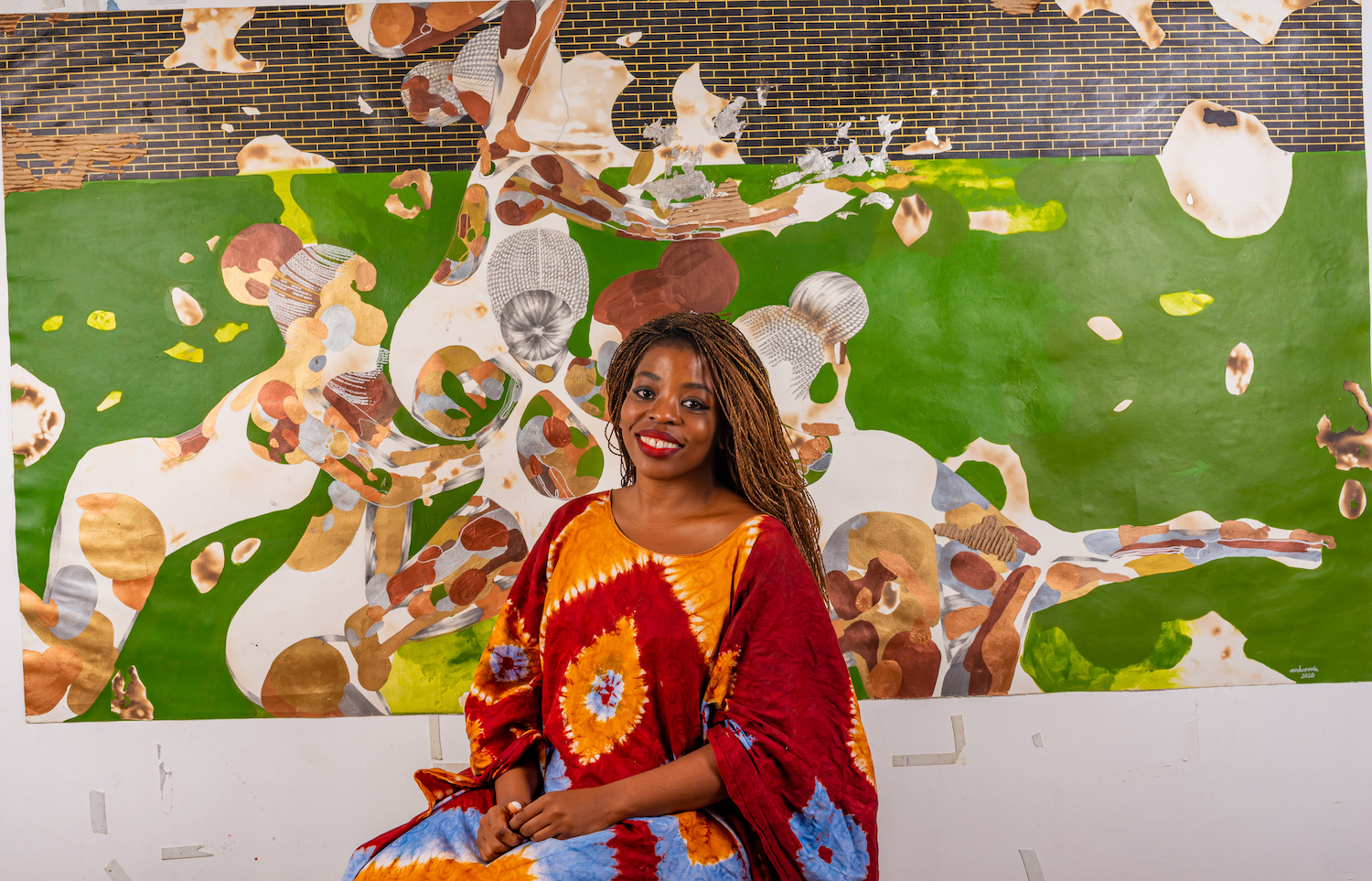 The Artist’s Algorithm project, based out of artist Modupeola Fadugba‘s studio, will hold its premiere show in Alara, Lagos. The Artist’s Algorithm is a new series of exhibitions, essays, talks, games, performances, mentorship programmes, murals, and videos that aims to shed light on problems in education, politics, and governance through art. 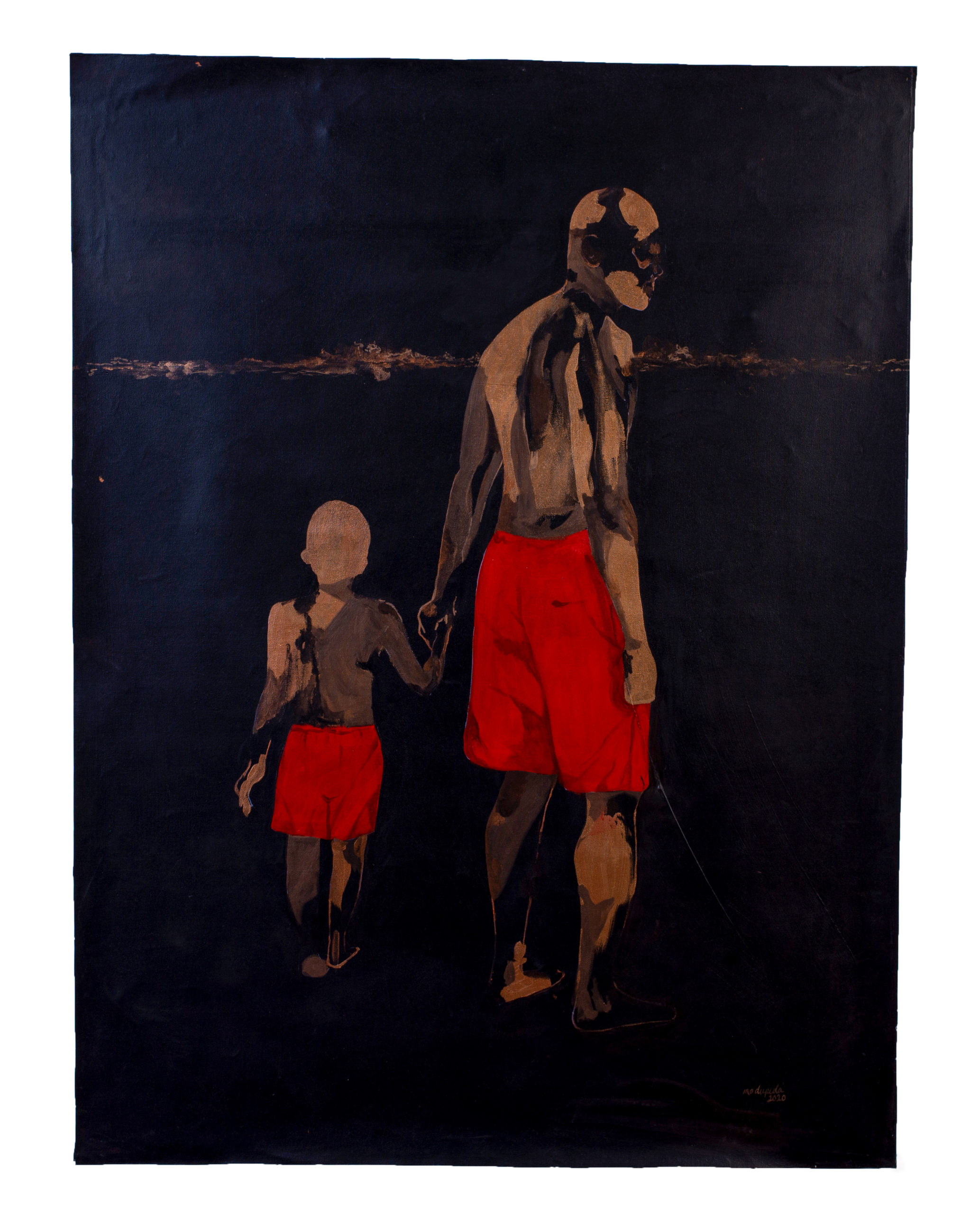 The idea for The Artist’s Algorithm was sparked when 2020 Smithsonian Artist Research fellow, Modupeola Fadugba was locked inside the National Museum of African Art overnight. Modupeola realised how little she knew about African culture, and was startled by the difference in outcomes for first and third world countries.

I envisioned the rising and falling apart of African nations and civilisations –and where we stand now. But what was most humbling about that encounter, was the realisation of how little I knew about African culture. As a child, I was always startled by differences in outcomes in each of the first and third world countries. I’ve always wondered : “Why do some nations win and others lose?” Even now, as an artist, I still wonder why some stories are more dominant than others, and how do we redefine what it means to win, to be celebrated, and have enduring representation?

I ended up dumping out all of the things from my bag, rearranging them, and reimagining them, and I think that was the beginning of creating what I’m calling the artist’s algorithm. It is the way that I would reimagine how art can be used to solve problems through education, using what I already know.

Modupeola dumped the contents of her bag, rearranged, and reimagined them. The Artist Algorithm is the way she would reimagine how art can be used to solve problems through education, using what she already knows. 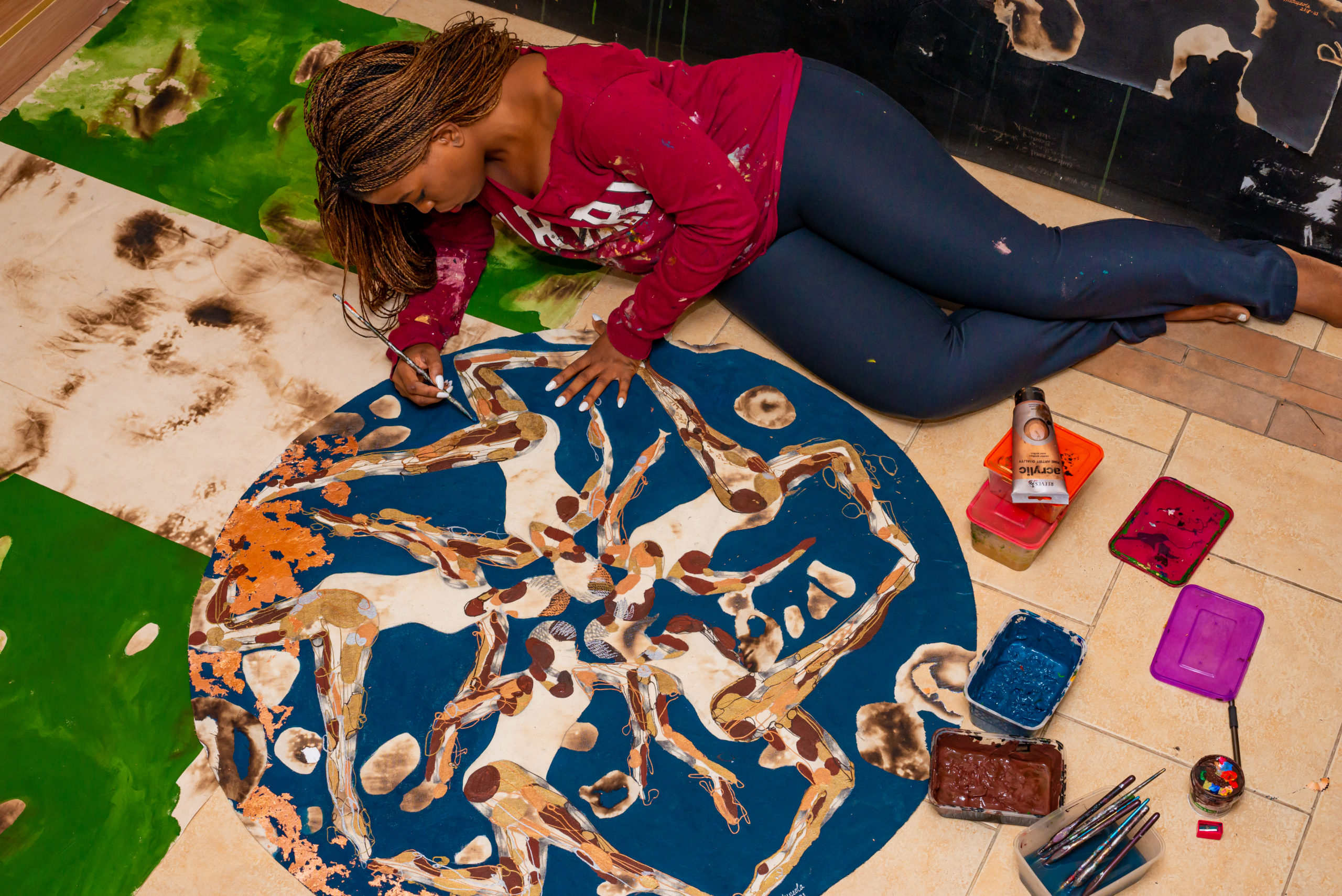 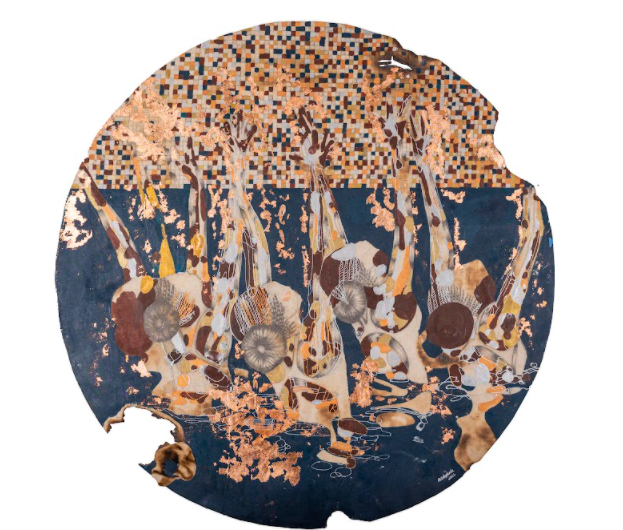 This new initiative builds on the core tenets of Fadugba’s award-winning debut work, The People’s Algorithm – an interactive game installation in which players explore ways to win within the framework of Nigeria’s pressing unemployment and educational crisis. 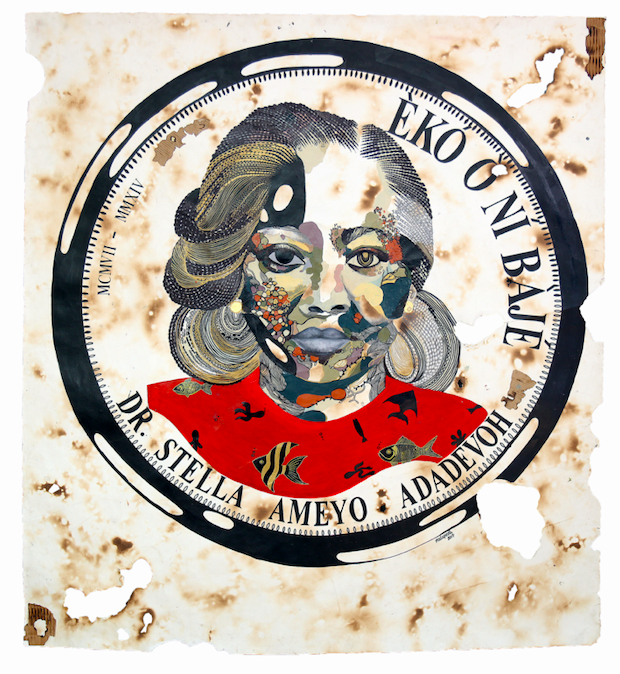 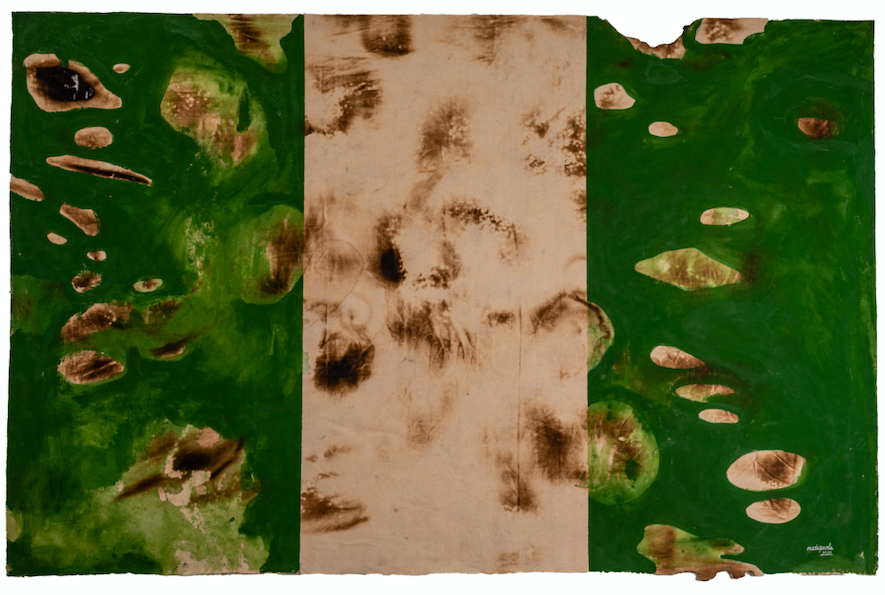 The first exhibition in The Artist’s Algorithm Series is Why Nations Win. It gives an overview for a multi-year multimedia project that brings together Fadugba’s socially engaged research, expanding studio practice, and resultant artworks from the past three years.

For its first presentation at Alara before travelling to Senegal in 2022 and Harlem in 2023, the exhibition will embrace an introductory, open-studio context including 20 works on paper and canvas, a video, and game installation accompanied by a live programme.

The Artist’s Algorithm: Why Nations Win by Modupeola Fadugba is currently available for viewing online until December 20, 2021.