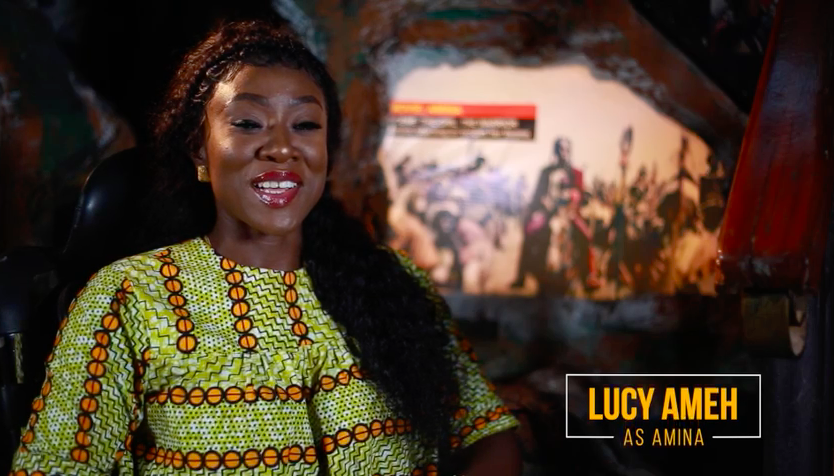 There is so much buzz going on online about the feature film “Amina” which is scheduled to premiere globally on Netflix from November 4, 2021. While many people are raving about the trailer and other snippets of this movie on the life and times of Queen Amina of Zazzau, very few know that the picture survived a major scare, involving its lead actor Lucy Ameh, during its production while on set in a remote village in Plateau State.

In this exclusive interview with BellaNaija, Lucy who stars as Queen Amina of Zazzau in the Netflix feature film “Amina”, told us how she was flung off her horse one time on set and fell head first into the ground. As she crashed to the ground, she was not sure she would survive.

“I felt like this is it. This character has claimed your life, this is the end of it for you,” she said.

The production came to a halt for 3 weeks while she was in recovery. “The first day I went back on the horse, I was traumatised. But at some point, I just got over it and I got into it and that Amina came back again.”

For Lucy, it was an honour to play such a powerful female character and she sees herself in this role as the bridge between the Amina Queen of Zazzau and the new generation of women trying to succeed in a male dominated world.

While preparing for this role as Amina, Lucy didn’t realize how much she would be influenced by the real Amina. After a few weeks of rehearsals, she began to internalize not only the script but also the personality of Queen Amina. In one day, the frenzy and wait will be over. Nigerians will be able to stream this movie produced by Okey Ogunjiofor, one of the pioneers of the Nollywoood Film Industry and directed by Izu Ojukwu, a renowned and award-winning film director.