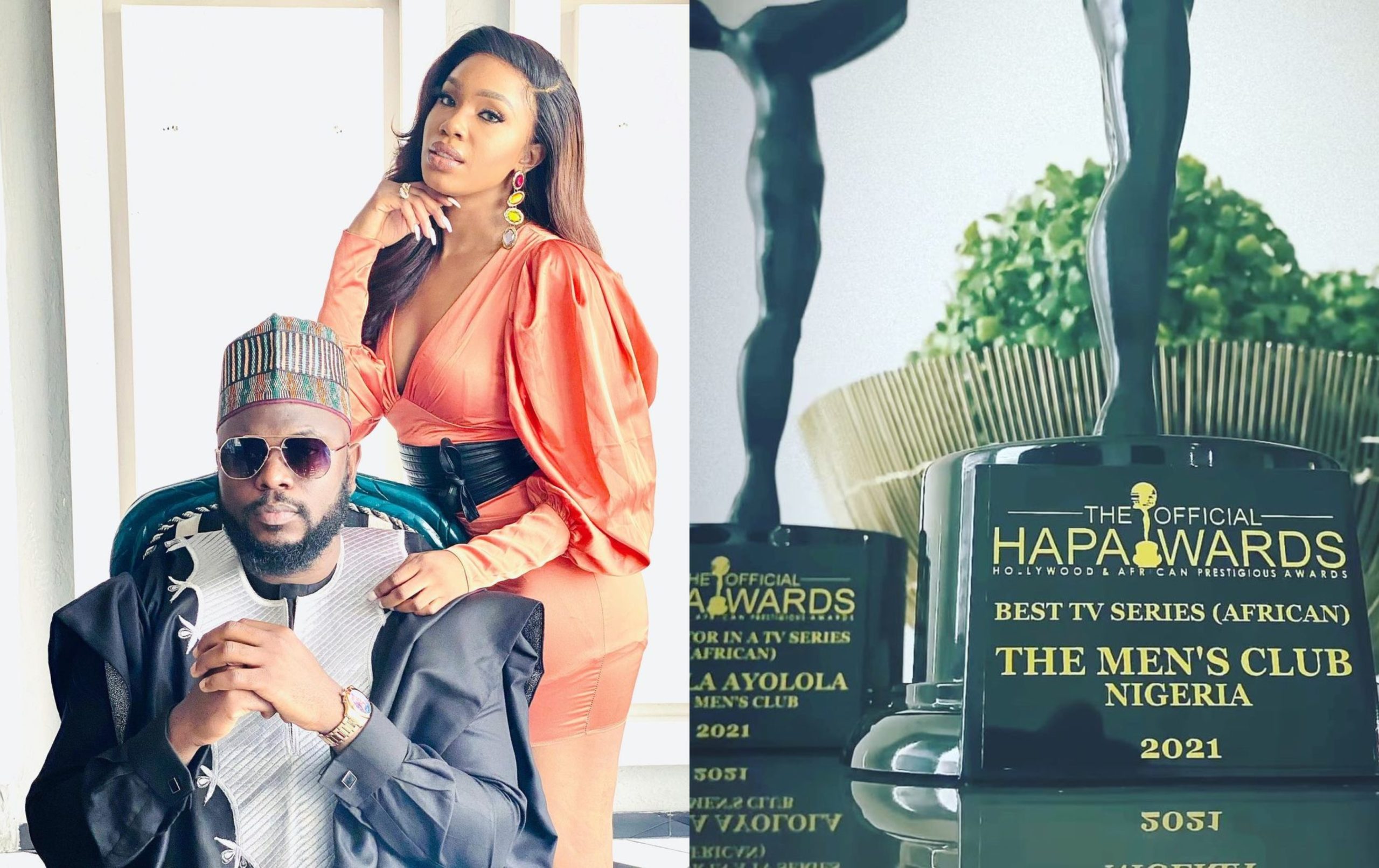 “The Men’s Club” has won a HAPAward for the first time.

HAPAwards recognizes “outstanding individuals, whose lives have been marked by extraordinary personal and professional accomplishments in the field of music, film, comedy, and fashion.”

“Look what just got here,” Ayoola said sharing a video of the on his Instagram page. “Huge thank you to @hapawards. It was an honor for me and everyone on The Men’s Club Team, to have been nominated and to have won this awards.”

The series tells a story about love, friendship, and betrayal. The story revolves around four male main characters and how they relate with their partners and the ordeal that they face in their everyday life.

Akins Akinkugbe, one of the producers of the series also took to Instagram to celebrate the new feat. He wrote;

Let me preach just a little….

When we @urbanvision360 started doing television I will tell the cast to prepare their thank you speeches for the awards to come. Always had the vision of collecting the Award for best television series. This is such a dream come true.

Thank you to all the cast and crew that help bring this magic to life. You are all super amazing. TMCFC you are simply the best. #tmcnewchapter is coming!!!!

It stars some of Nigerian’s finest and star actors Baaj Adebule, Efa Iwara, Daniel Etim-Effiong and actresses like Sola Sobowale, Shaffy Bello, Sharon Ooja, Adebukola Oladipupo and many others. BBNaija star Pere Egbi will be playing Aminu Garba, the rich, hot, and handsome businessman previously played by Ayoola Ayolola, in the forthcoming season.

Congratulations to the cast of TMC!

Another One! “Juju Stories” snags Best Director Award at #AFRIFF2021