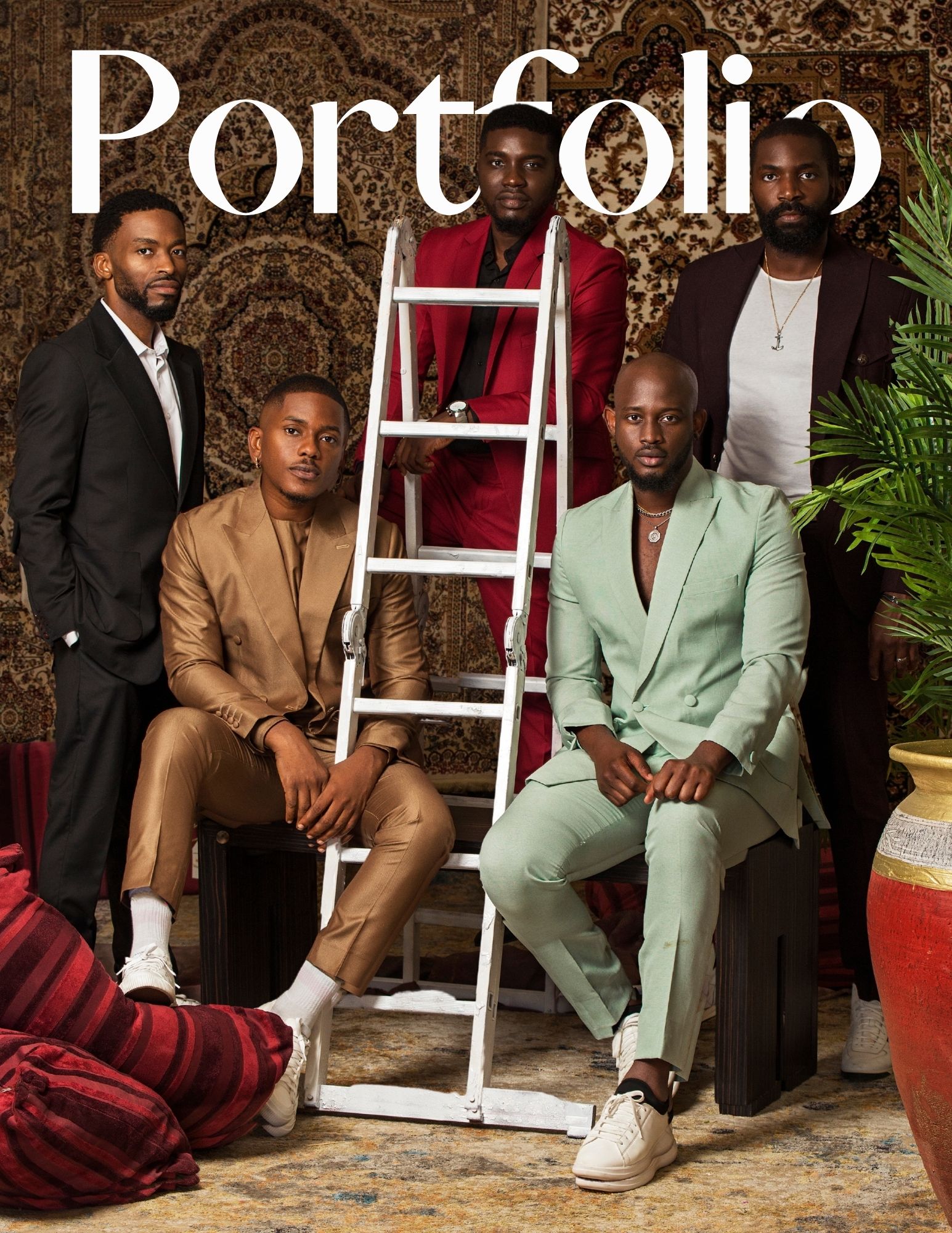 Smart Money Africa TV just launched its new digital magazine, Portfolio, debuting with a behind the scenes collectable on all things “The Smart Money Woman” TV Series’ after its stellar Netflix launch on the 16th of September.

The quarterly editorial magazine is an ode to glossy women’s print magazines. The Portfolio Magazine will be a mix of personal finance, important profiles of industry tastemakers in film, fashion and finance. In addition to being a digital magazine, the debut issue has its own dedicated website page featuring even more content from the show and behind the scenes.

“We are beyond thrilled to launch the inaugural Portfolio issue, a recurring, immersive digital feature highlighting the personal finance issues, digital trends, featuring the vivacious and talented cast of “The Smart Money Woman” as our cover stars,” says Arese Ugwu, Smart Money Africa founder.  “From day one, our goal at Smart Money has been to reimagine the way millennials learn about personal finance and make decisions about their lives”.

The inaugural issue features interviews with the cast and crew of the show, where she dishes on what’s next for them and what they enjoyed about being on set. The issue also features an interview with corporate mavens Bunmi Adeniba of Unilever and Ifeoma Dozie of Mastercard and a profile of Ifeyinwa Ighodalo of DOII Designs.

Read excerpts from the cast interviews below: 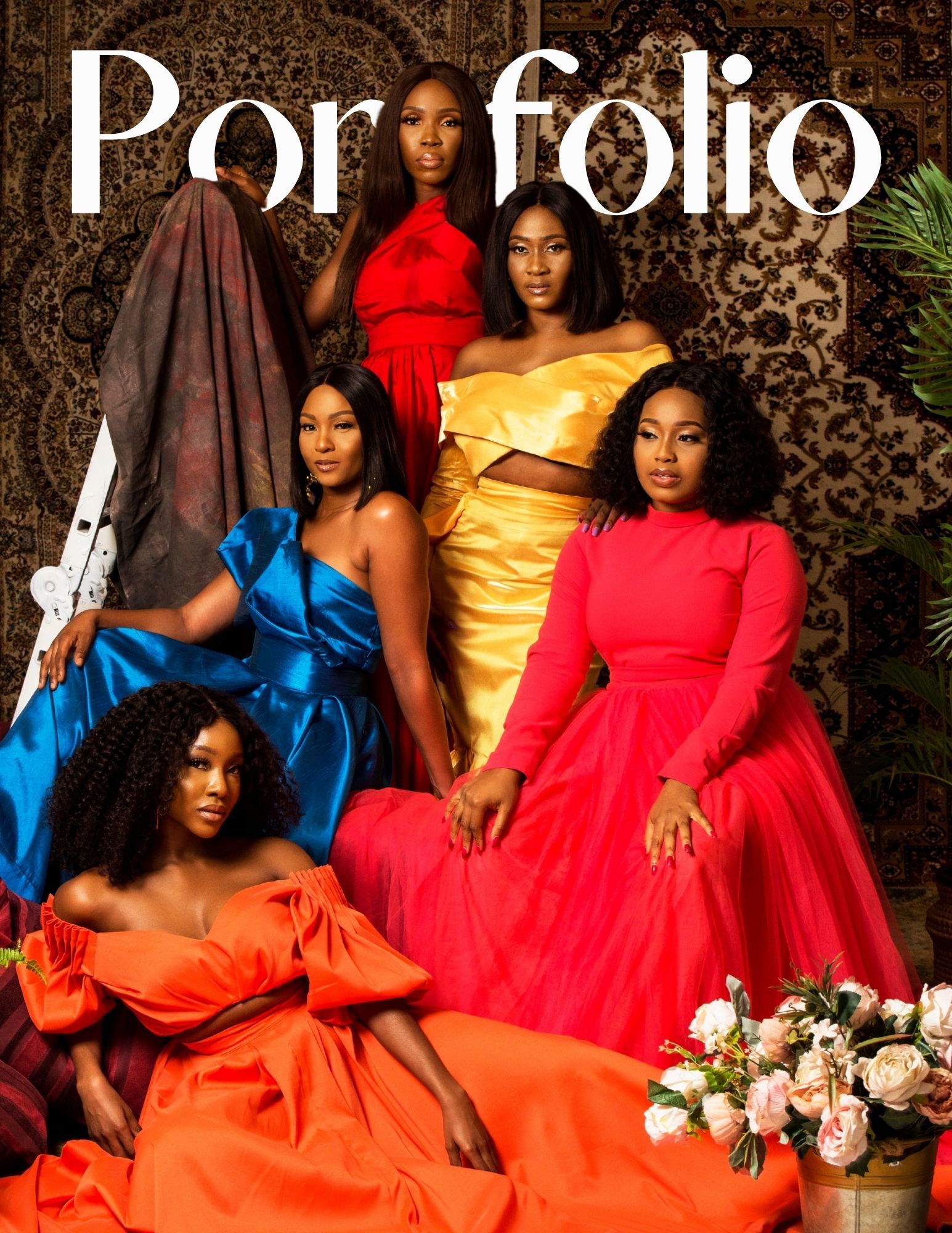 On what they love about playing their characters and shooting the show:

Lala Akindoju: ‘ I really loved shooting the show, and being a co-producer on it as well gave me a lot of insight and I grew in my problem-solving abilities for sure. My favourite part of playing Adesuwa was at the end when she finally found her power. It just always felt like you know, throughout the story, she had some joy with her friends but her joy was always short-lived.  But at the end when Soji got arrested and she told his mother off is one of my favourite scenes.

Ebenezer Eno: I enjoyed shooting Ladun’s character immensely! It was difficult at first because like I said; Ladun is extra! So it was difficult to let myself go so that you know Ladun can show up and be her fabulous self.

Ini Dima-Okojie: What I loved the most was the energy! Everyone [on set] was there to make it work and there’s nothing more inspiring than that. I mean it was amazing to play Tami and I love the fact that she was a designer and I personally love fashion, so that was a no-brainer.

Toni Tones: My favourite part of shooting was shooting. I loved bringing Lara to life so I had a great time with that. I think the whole cast had a great synergy on set as well so it seemed like a big holiday cause we all had so much fun while we were shooting it didn’t really feel like work. 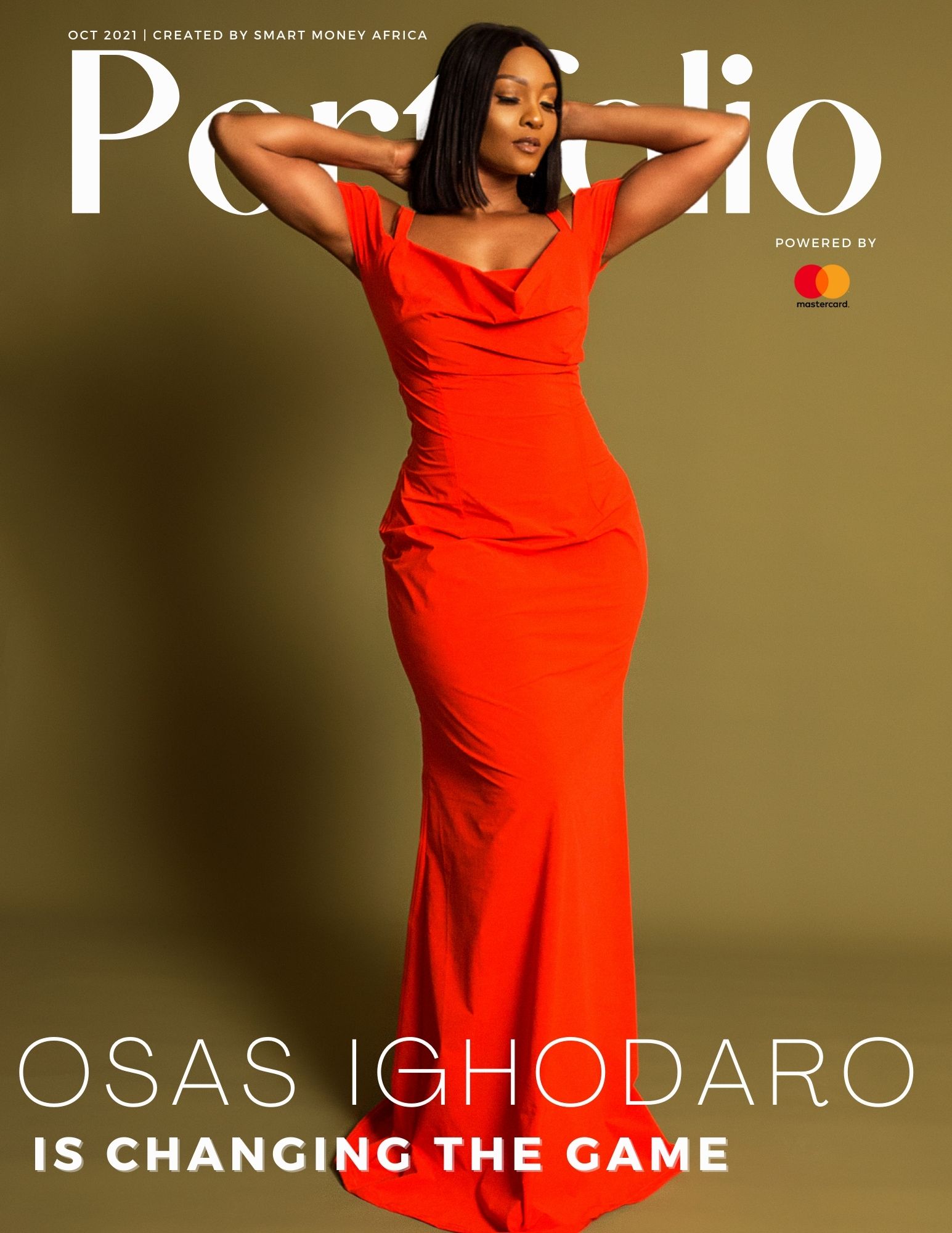 Osas Ighodaro on discovering new facets of herself on the show:

I learnt on a daily basis. Honestly, I learnt a lot and I was very impressed by the tribe of women, I loved watching them perform, I loved learning from them, I loved bouncing off of them, it was really a beautiful experience. 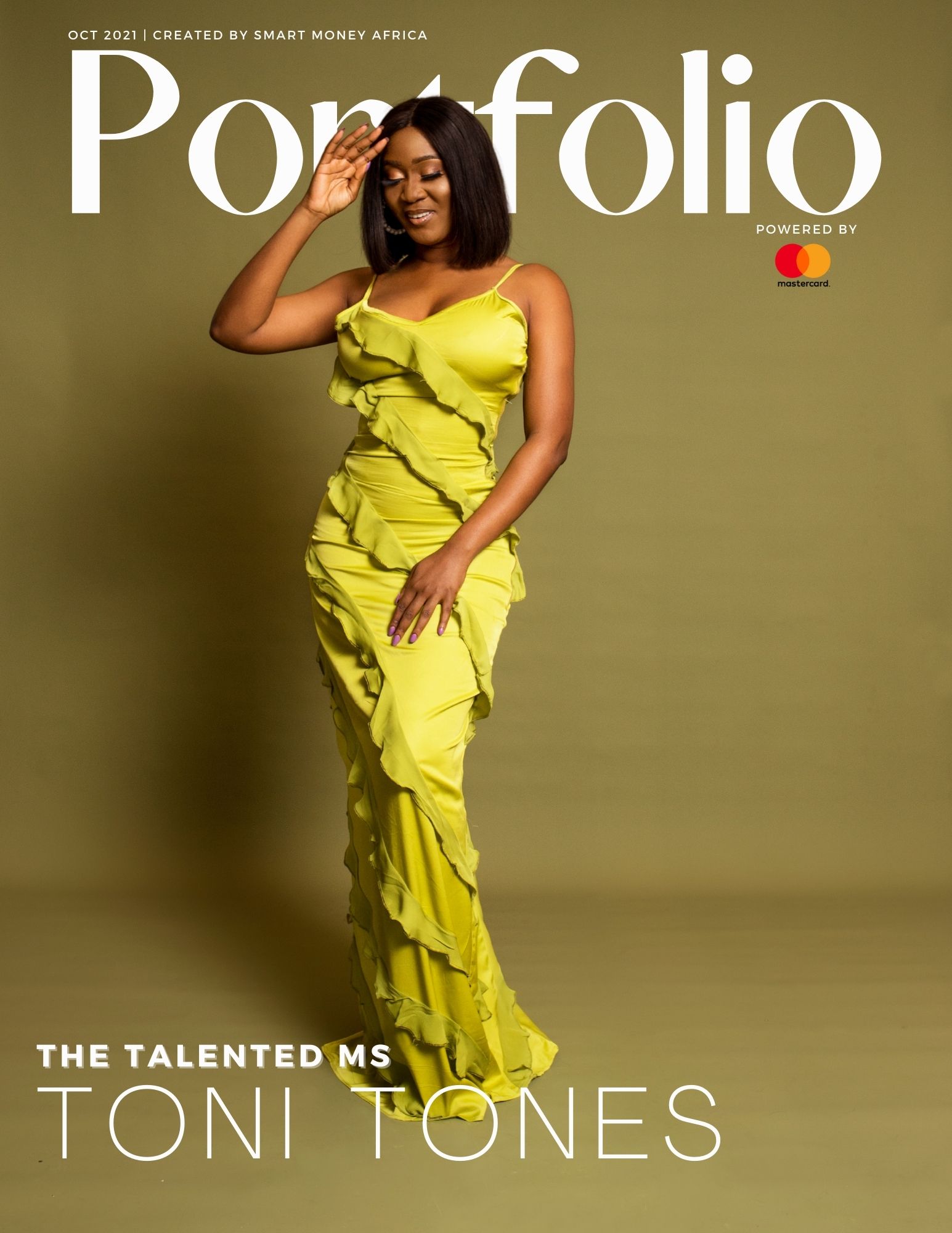 Toni Tones on the distinct style of each of her character in the show:

There’s no piece of Lara’s that I wouldn’t wear. I love Lara’s style, Lara is an Oil & Gas executive however she is so stylish, she’s not yours around the way Oil and Gas executive, super stylish, super chic, a little bit sexy as well and very classy! I absolutely love her wardrobe, there’s no piece of Lara’s I wouldn’t wear in real life… it’s just that a lot of her pieces were a bit formal because of her job, however, I would wear any of her clothes, I love her style and I got to keep some of her pieces too so heyyyyy!! 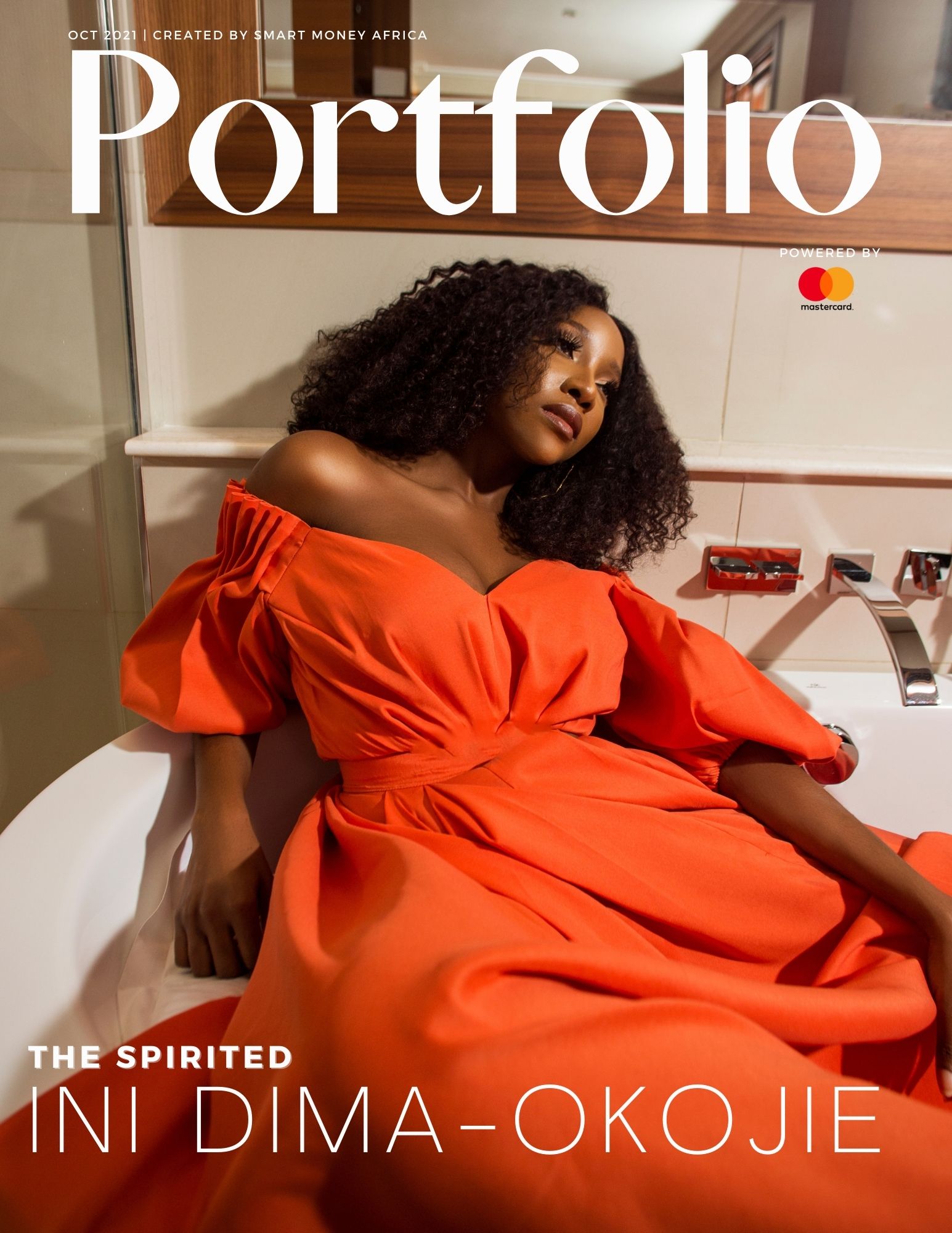 Ini Dima-Okojie on relating to her character:

My best friend is also a designer and her business has gone through ups and downs.  And even last year she literally had to close down to restructure and you know to start again and she’s going to by God’s grace launch at the end of the year.

So basically I had to just tap into that….She’s my best friend so I literally saw everything that happened and Tami had a similar story so I kind of tapped into that scenario and was able to relate [to the character] in that way. 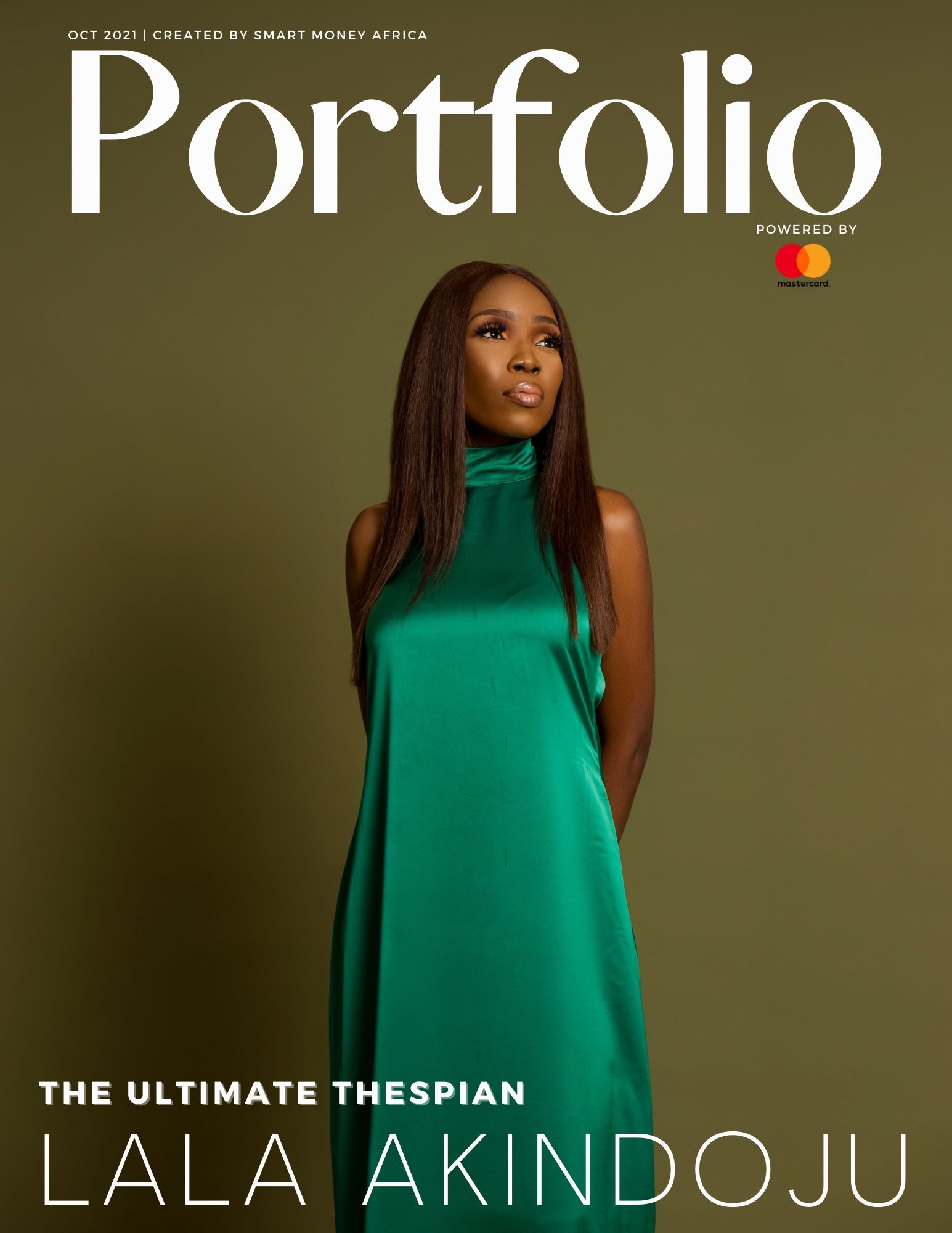 Lala Akindoju on takeaways from the TSMW project:

What am I taking away from my experience? (Laughs) 10 million things! I think this is the beginning of a journey. For me in particular wearing 2 hats as producer and actor opened me up to so many things and this was no easy feat because it was a dream that required a lot of hard work to bring to life.

Adesuwa’s style! I would genuinely rob her closet oh! I don’t think there’s anything Adesuwa wore that I as Lala wouldn’t wear, in fact playing Adesuwa definitely opened my eyes to the possibilities.

For example, Adesuwa wore a lot of pants and suits which I mean. I started to wear them but not as often as Adesuwa would wear them.   You almost always saw her in a pair of trousers or a suit and that’s something.. I’m like okay Lala can steal this. I love her style from start to finish. 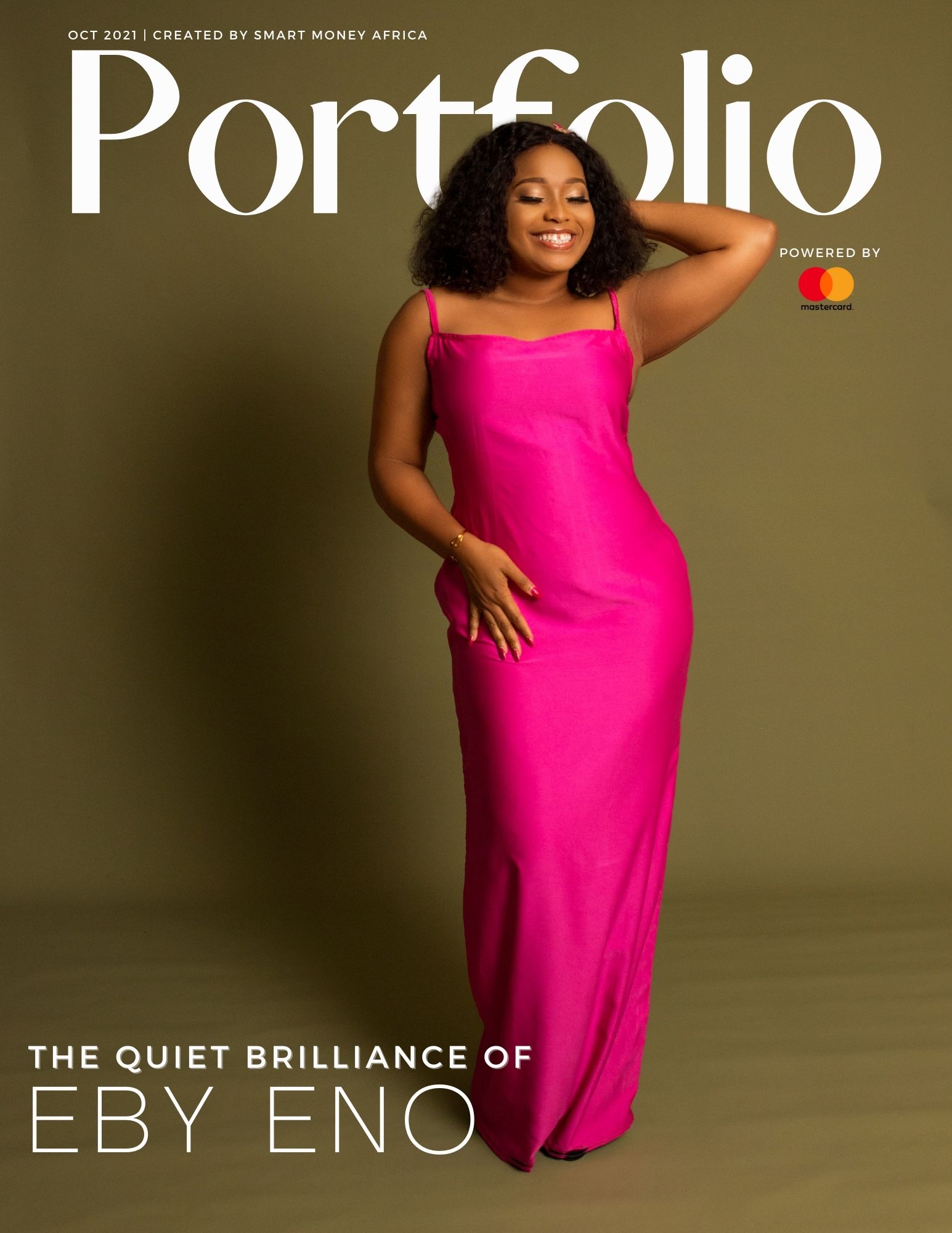 Ebenezer Eno on what performances solidified her pursuit to become an actor:

Locally or indigenously, I’ll say watching Nse Ikpe Etim’s role in “Mr and Mrs” and of course her subsequent roles, just the strong interpretation skills that she has. 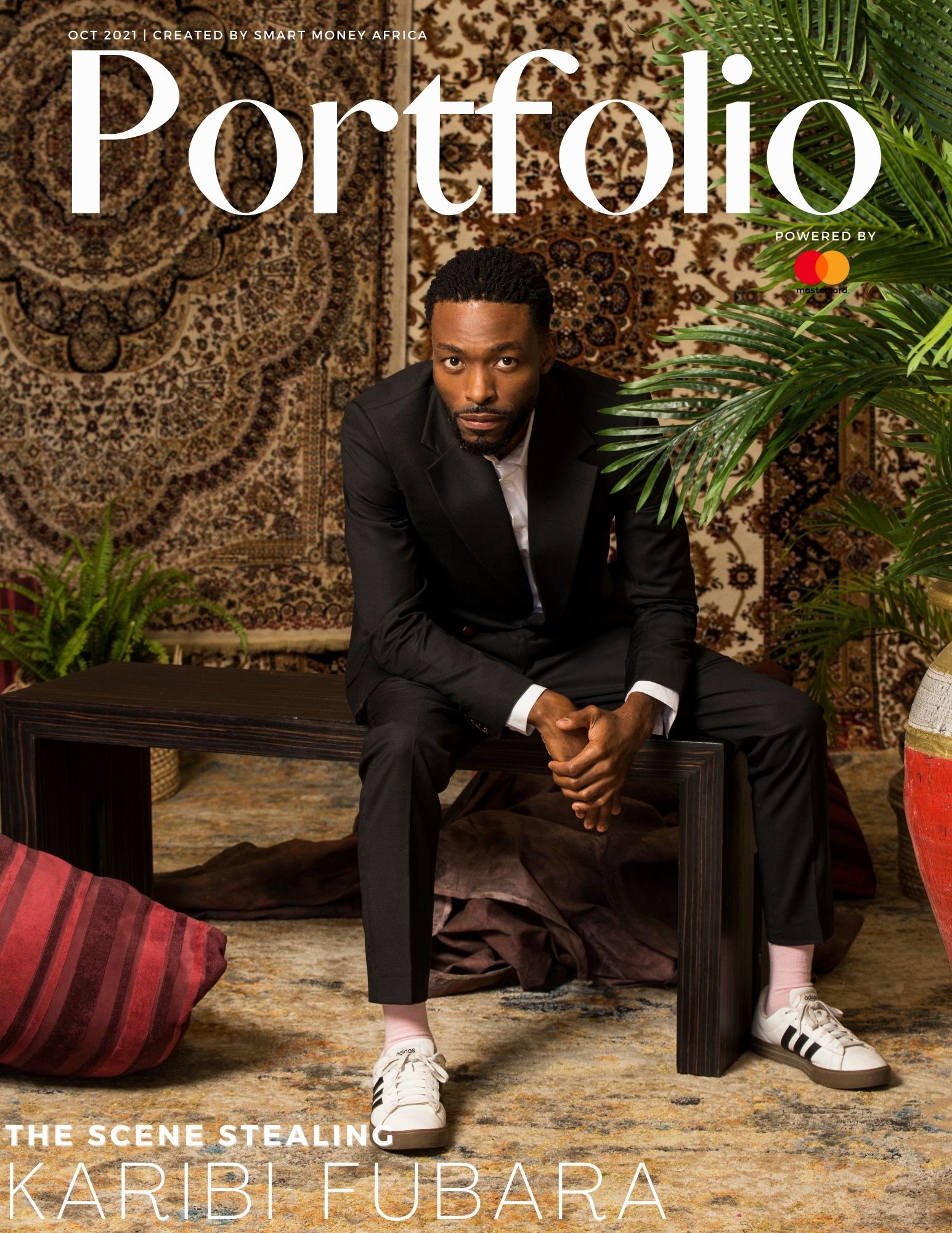 Karibi Fubara on takeaways from the TSMW project

What’s next for Karibi?

I’m really blessed right now, I’ve been offered a lot of different things, you guys will see them coming out shortly. I feel like everything I get asked to do is really quality stuff, I have something coming out with Falz, with Accelerate, Ebonylife, with Netflix and I’m excited. 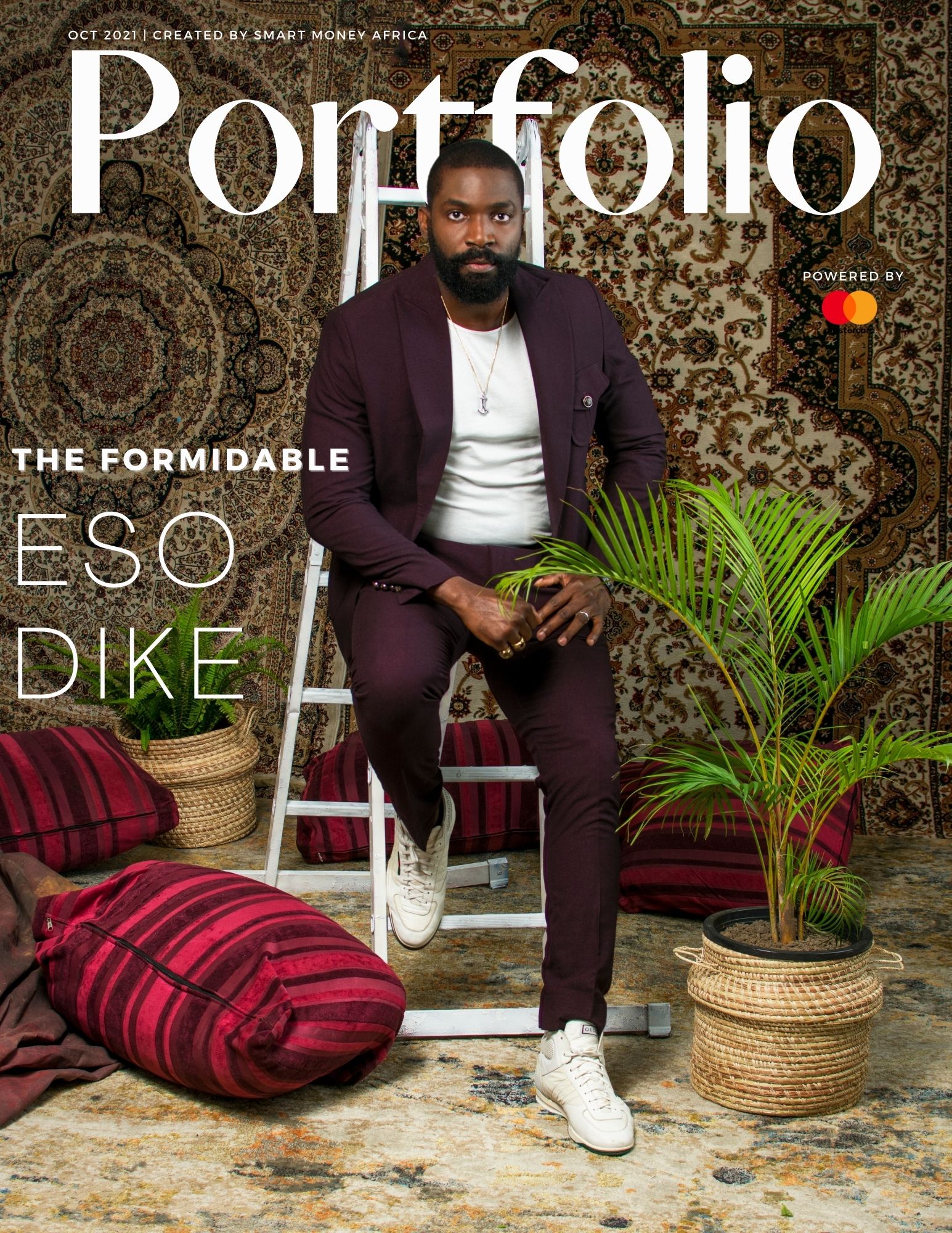 Eso Dike on his #TSMWSeries on set experience:

On the I mean it was a pleasure because, to be honest, Lala & Arese made sure everything ran as smoothly as possible. Even though there were some difficulties, I was delighted to work with so many people I look up to.

Osas, Ini Dima -Okojie, Ebenezer Eno, Toni Tones, Timini; faces of New Nollywood. Getting to work in close proximity with these people with careers older than mine, getting to star with them was a learning curve. I was really nervous at first,  to be honest, but I took lessons from everybody and it definitely made me a better actor.

What did you discover about yourself in this role?

I discovered that I had a level of patience I did not know I had basically, I also discovered that being around people of a certain calibre makes you better as a person, an actor and a performer. 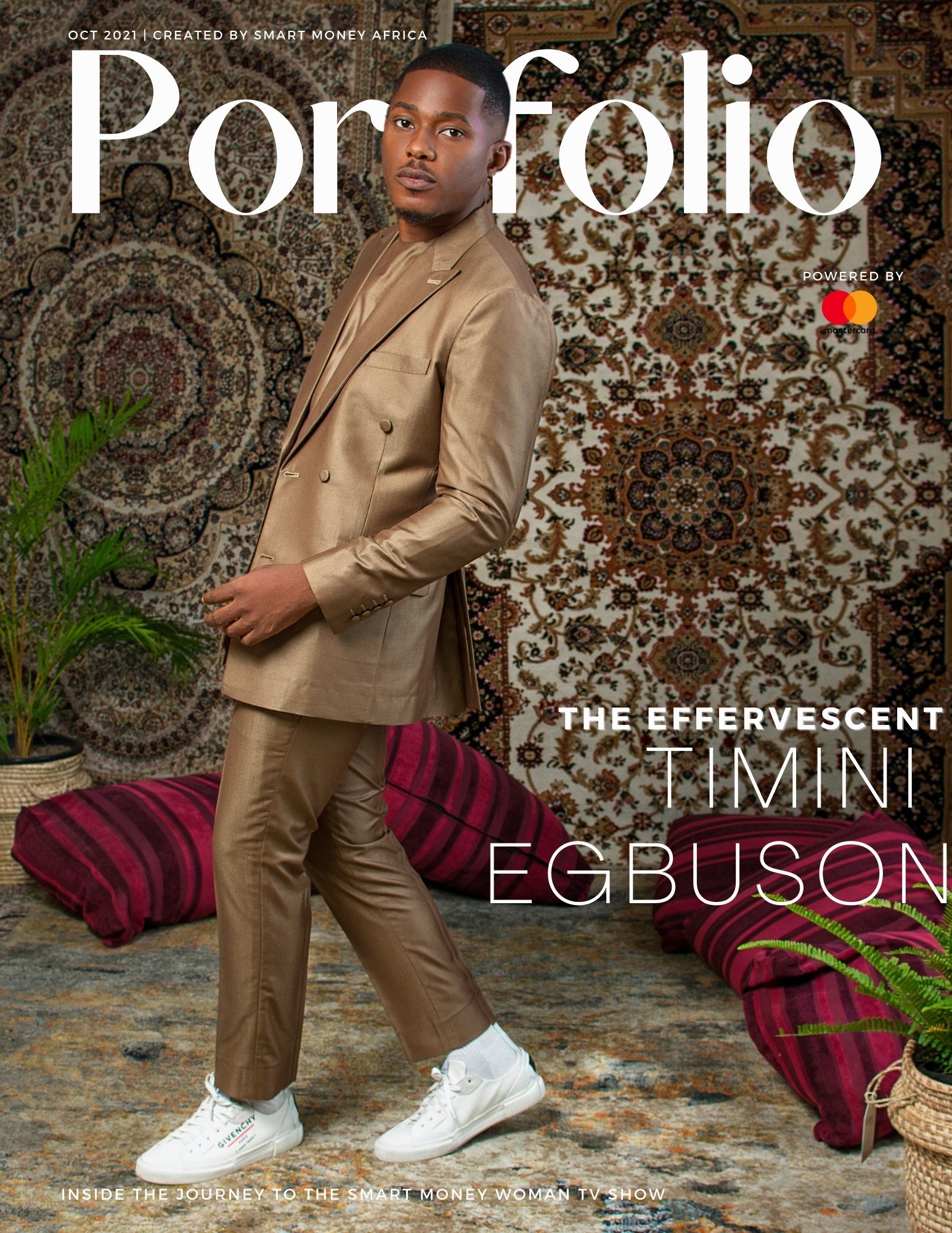 Timini Egbuson on his favourite part about playing Bobby:

My favourite part about playing Bobby was the fact that I was able to really express myself and express stuff that I have seen in Lagos nightlife and just living in Lagos.

Seeing the whole Nigerian internet fraudster culture, how they interact with women and how they feel like they can get anything they want. It was fun, you know it was kind of fun actually becoming that person because that’s really, really far from who I am in reality.

Are there things about Bobby’s character that you see in yourself?

I mean Bobby is the life of the party, he’s… you see him he comes in and you notice him I feel like I can say the same thing about myself because like obviously boys GTA swag! (laughs).

Are there any people you see joining the show in season 2? 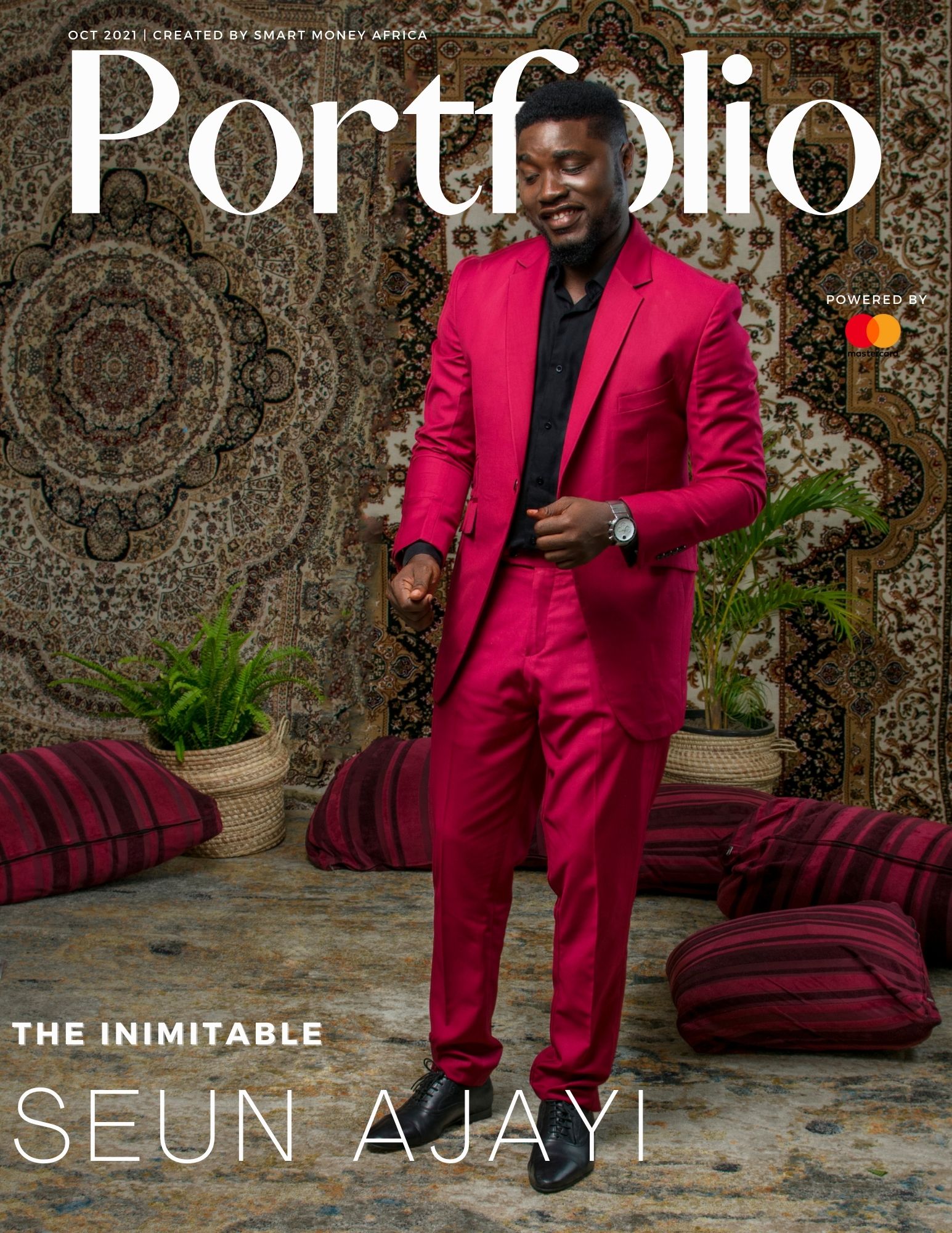 Seun Ajayi on what he discovered about himself while shooting the show:

I discovered that you should just act right regardless of where you are because you don’t know who’s watching.  I ran into people here that I didn’t know how much they knew of me and how well they had followed my career.

I mean, my motto has always been you know what ‘Do your best’ whether it’s a short film or something they’re shooting in a corner.   So what I took away is it reinforced that message, regardless of the audience that’s watching you you never know who’s watching you.

What’s next for Seun?

I’m producing something, it’s non-drama related but something for television and you know there’s also a few hosting gigs lined up and I’m looking forward to also producing drama for TV. We’re developing drama series for TV as well. 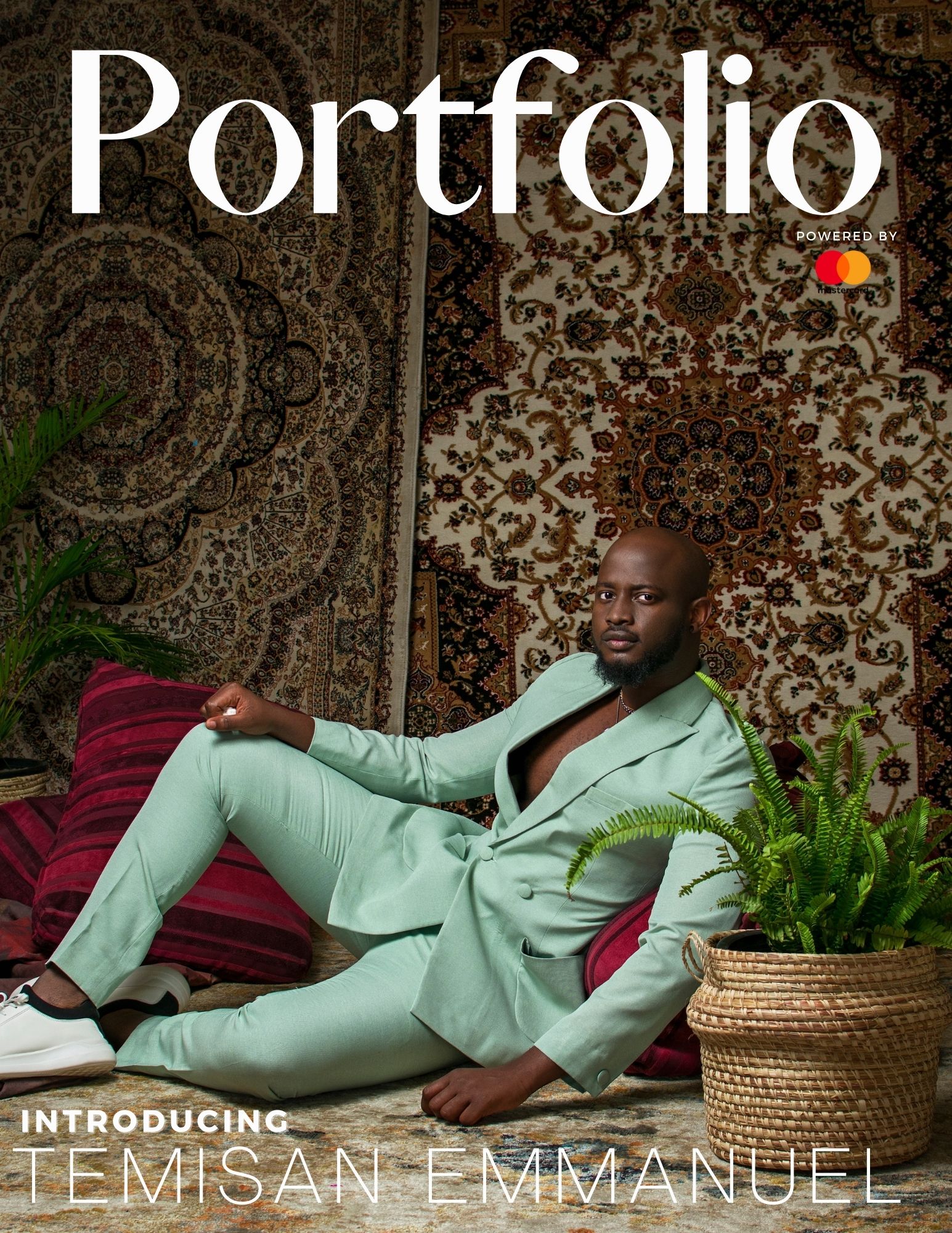 Temisan Emmanuel’s take away from his experience on #TSMWSeries as he embarks on new projects:

One thing I’m taking away from this set is that I’m a fabulous actor, I just realized! (Laughs) I’m joking but it’s that first of all it’s not easy to produce something of this magnitude and secondly, all the work that goes into it helped me prepare for other productions.

It sort of gives me a learning ground, how to be an actor, on set I got to see how people actually produce these movies and also being myself has always been a winner for me so I think I’ll be myself more going forward.

Who are some actors that have caught your attention recently, people you see joining the show in season 2?

In Season 2?? We’re complete oh!!! (Laughs ) We don complete please but there are some fantastic actors that should be here…I think Arese has an amazing cast but who do I think should join this show next season?  Hmm. I think Sophie Alakija who’s doing a great job with acting.

There’s this new actor who was in “Living in Bondage“, his name is Swanky JK, Jemima my friend, Tomike, all my friends should join because this is a fantastic series. We don complete but anybody wey go make my role small, make them no put am!

Uhm Temisan is just working, working, working! More TV stuff, more acting. I’m giving it a chance, I’m pushing acting a lot and I think I have a production later this year but I’m very specific about the kind of things that I want to be in because my name is very important to me. So you’ll definitely see a lot of acting and some more screen time for Taymesan.

Read the complete interviews at The Portfolio Magazine. 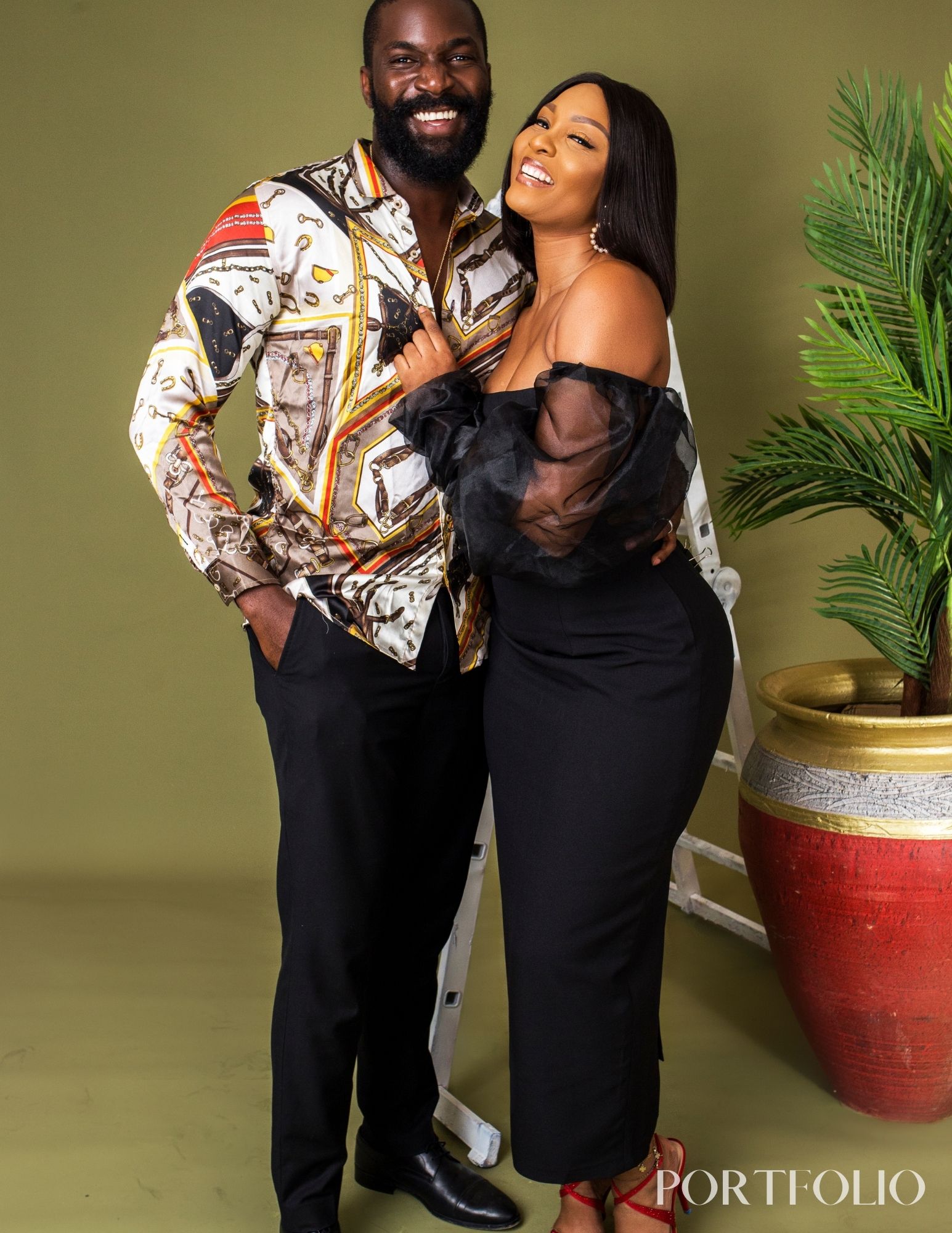 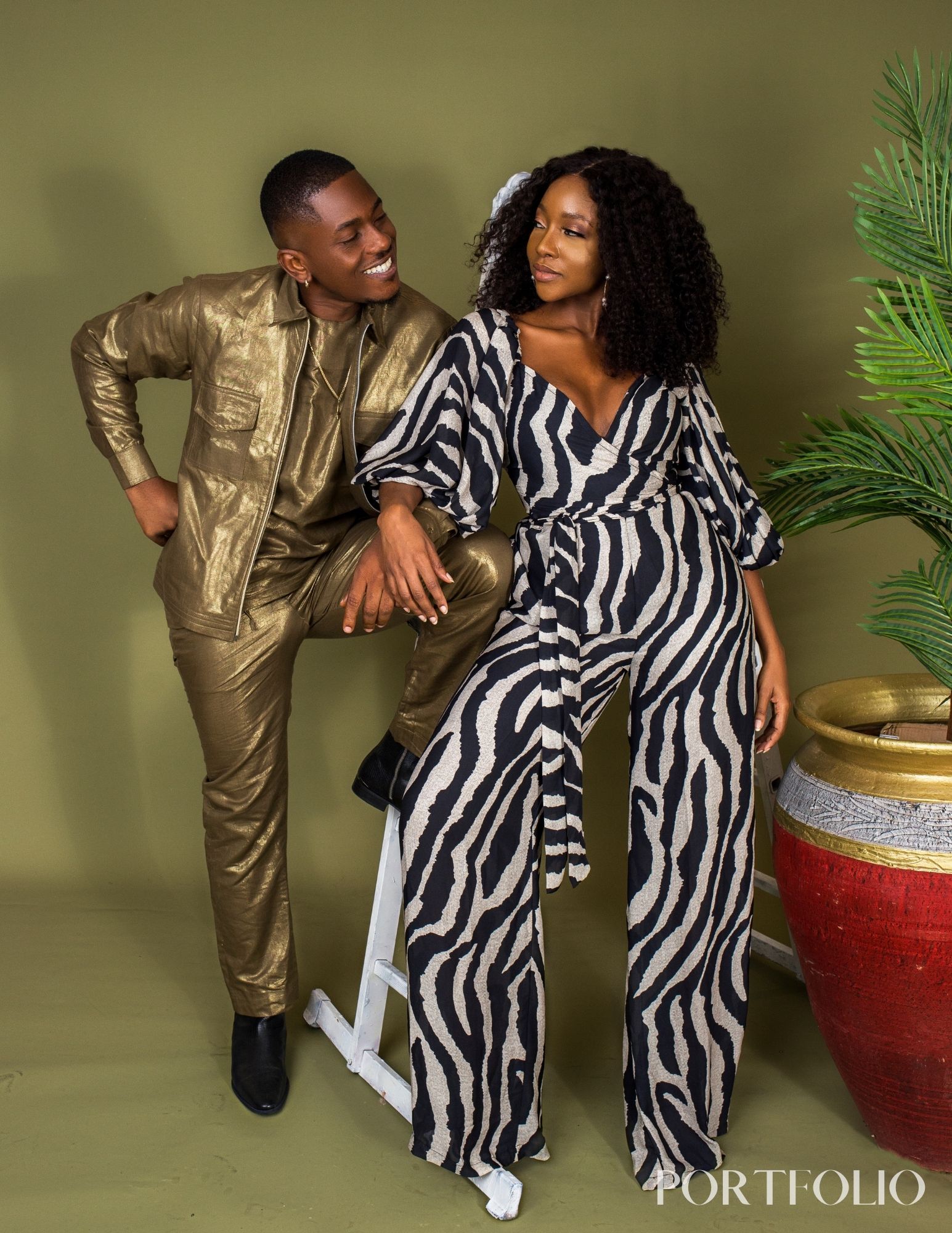 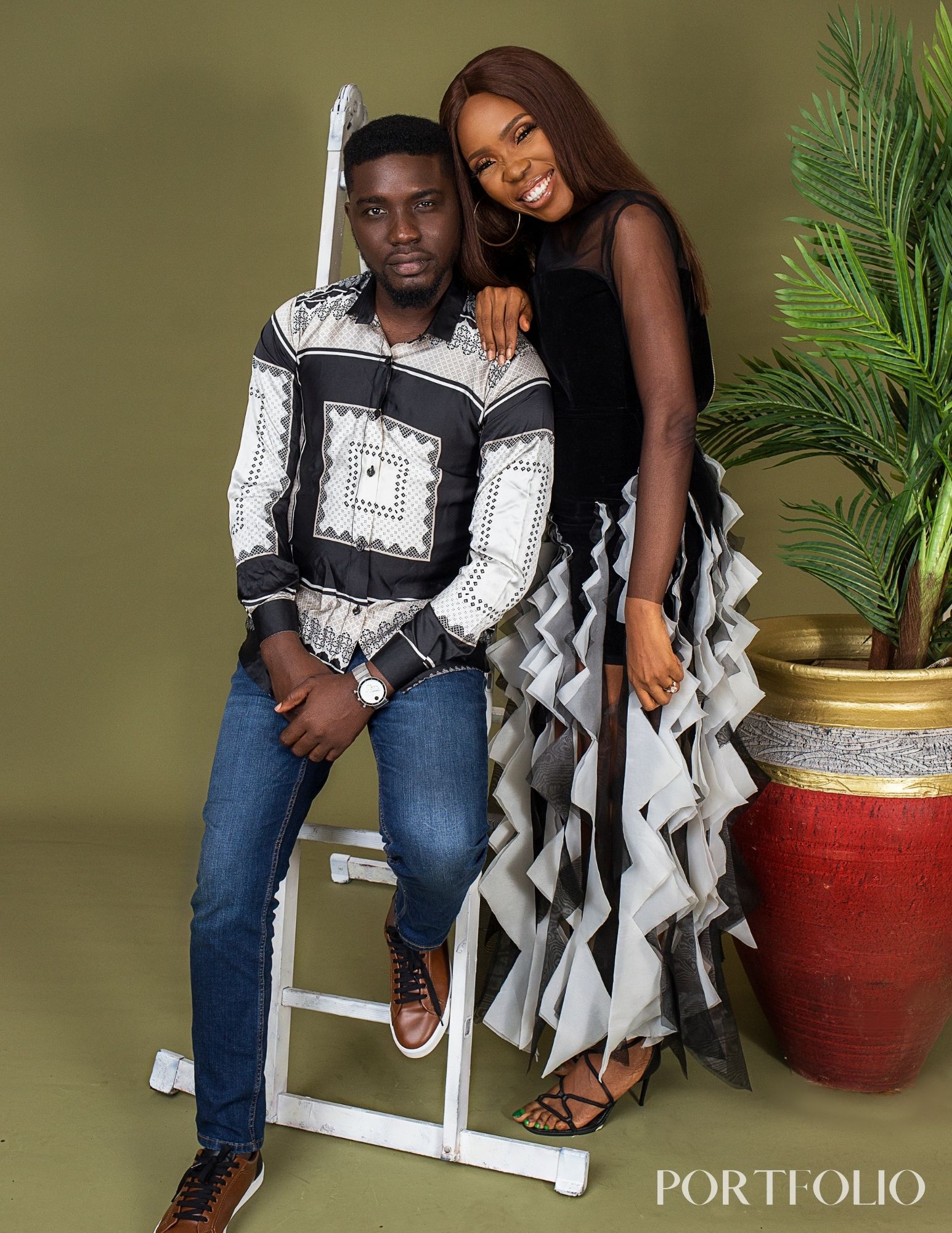 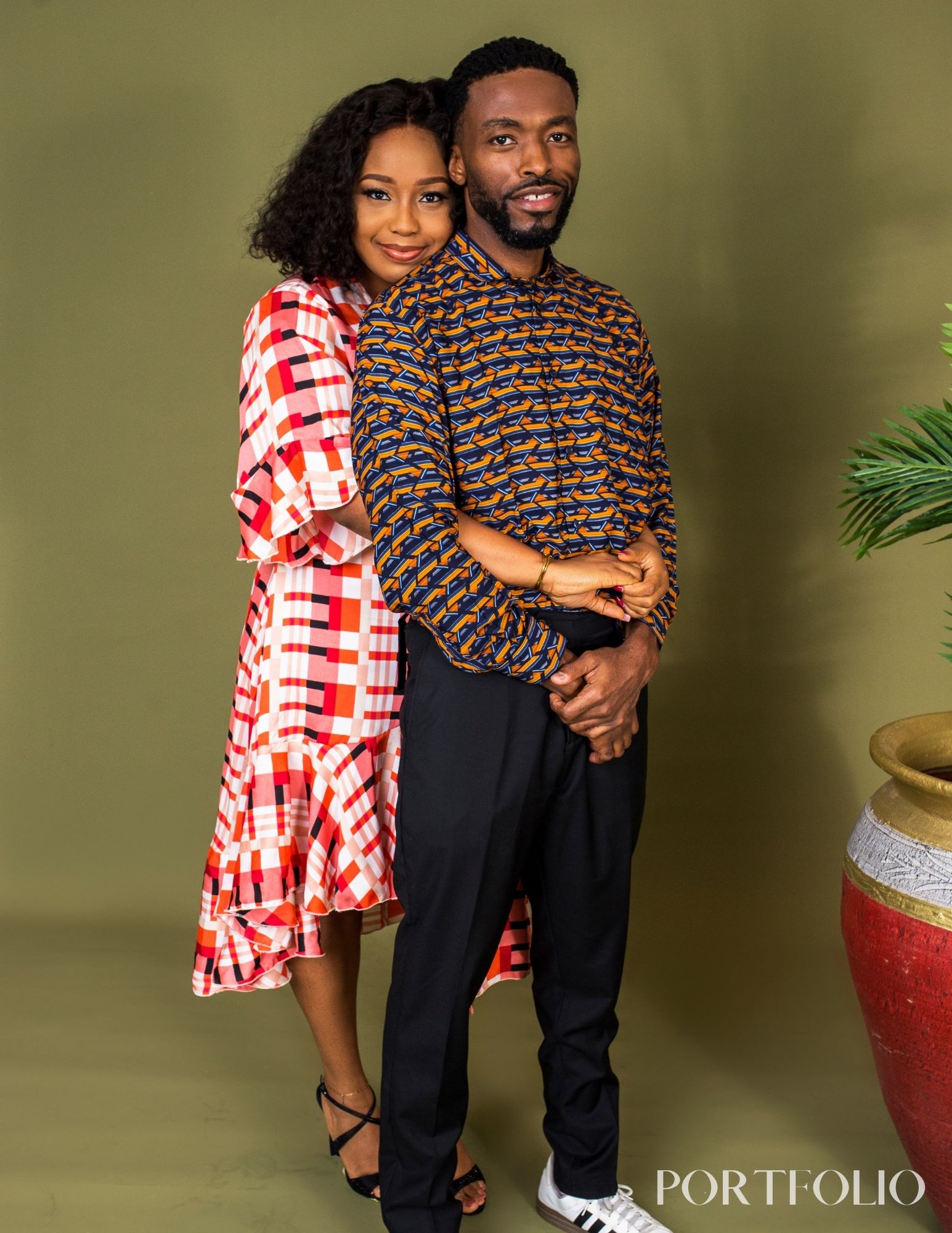 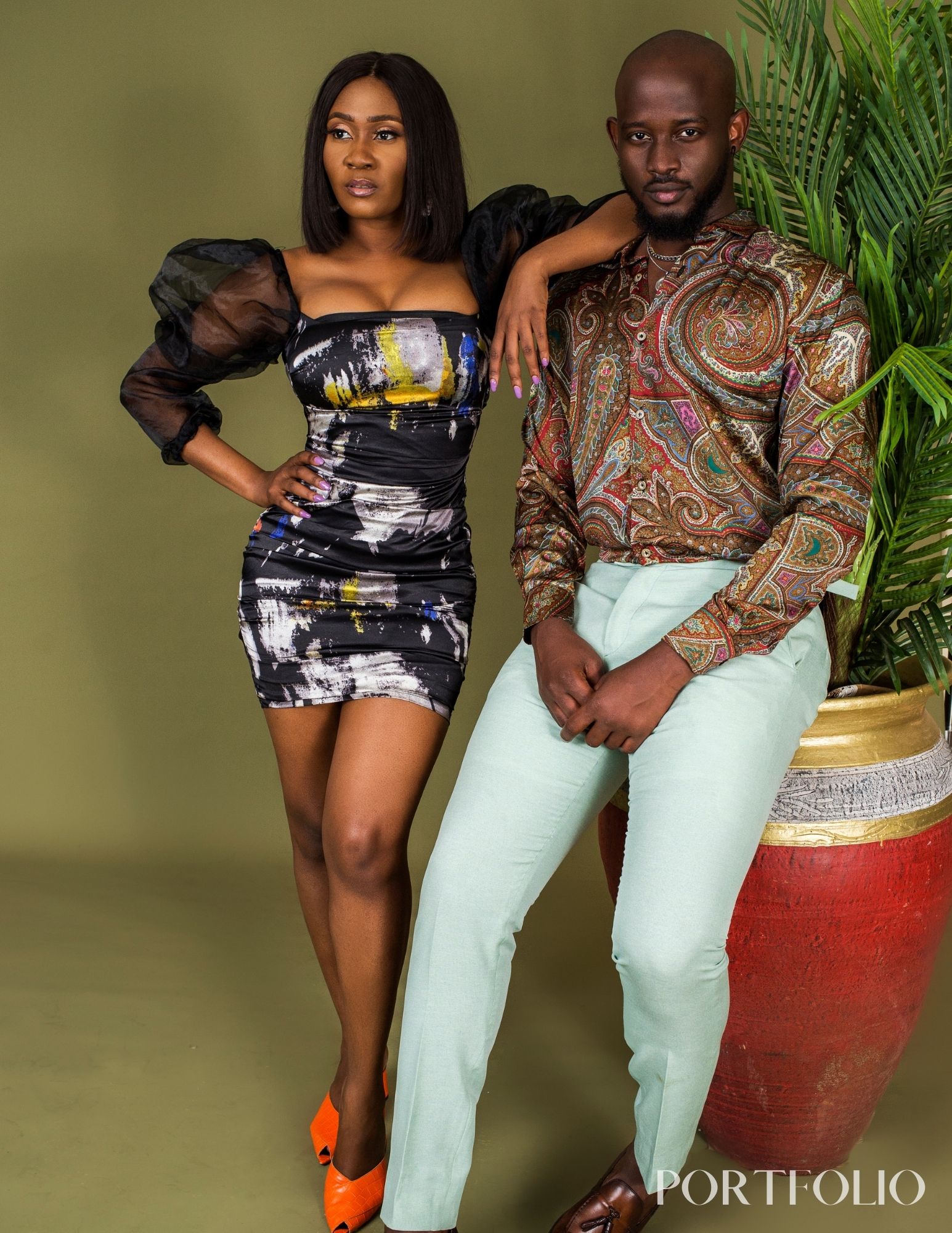 “We hope future issues spark important conversations around how we design our lives and handle money in general, I particularly wanted to build a new type of relationship with our readers and create something that was unique, and content-rich that highlights the incredible creative movement right now,” Head of Creative Isoken Ogiemwonyi explained.

“Covering Nigeria’s robust creative economies from fashion, music, film and a number of other intersecting creative industries, from both a visual and business perspective, is a core part of our vision. I can’t wait for the next issue!”