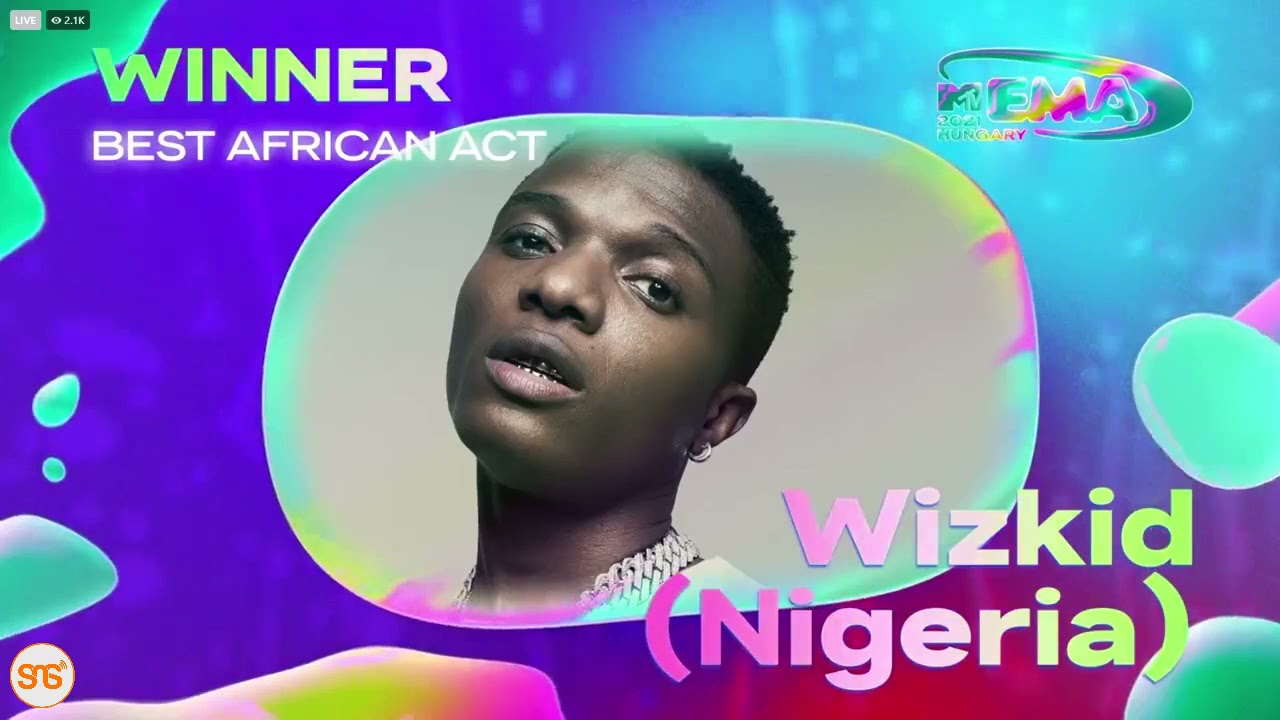 You can call him Wizkid, Wizzy Baby, Machala, Star Boy or if you want to be more recent, “Best African Act”. Congratulations to Big Wiz as he clinches the award at the 2021 MTV EMA Awards.

It has been a great year so far for Wizkid. Especially with his “Made in Lagos” album that recorded over 100 million streams on Apple music. The song “Essence”, featuring Tems, also became the first Nigerian album to spend a year on Billboard World Album charts.

The 2021 MTV EMA “Best African Act” category had the likes of Diamond Platnumz, Amaarae, and Focalistic. This comes days after Big Wiz coveted 5 nominations at the 2021 BET Soul Train Awards.