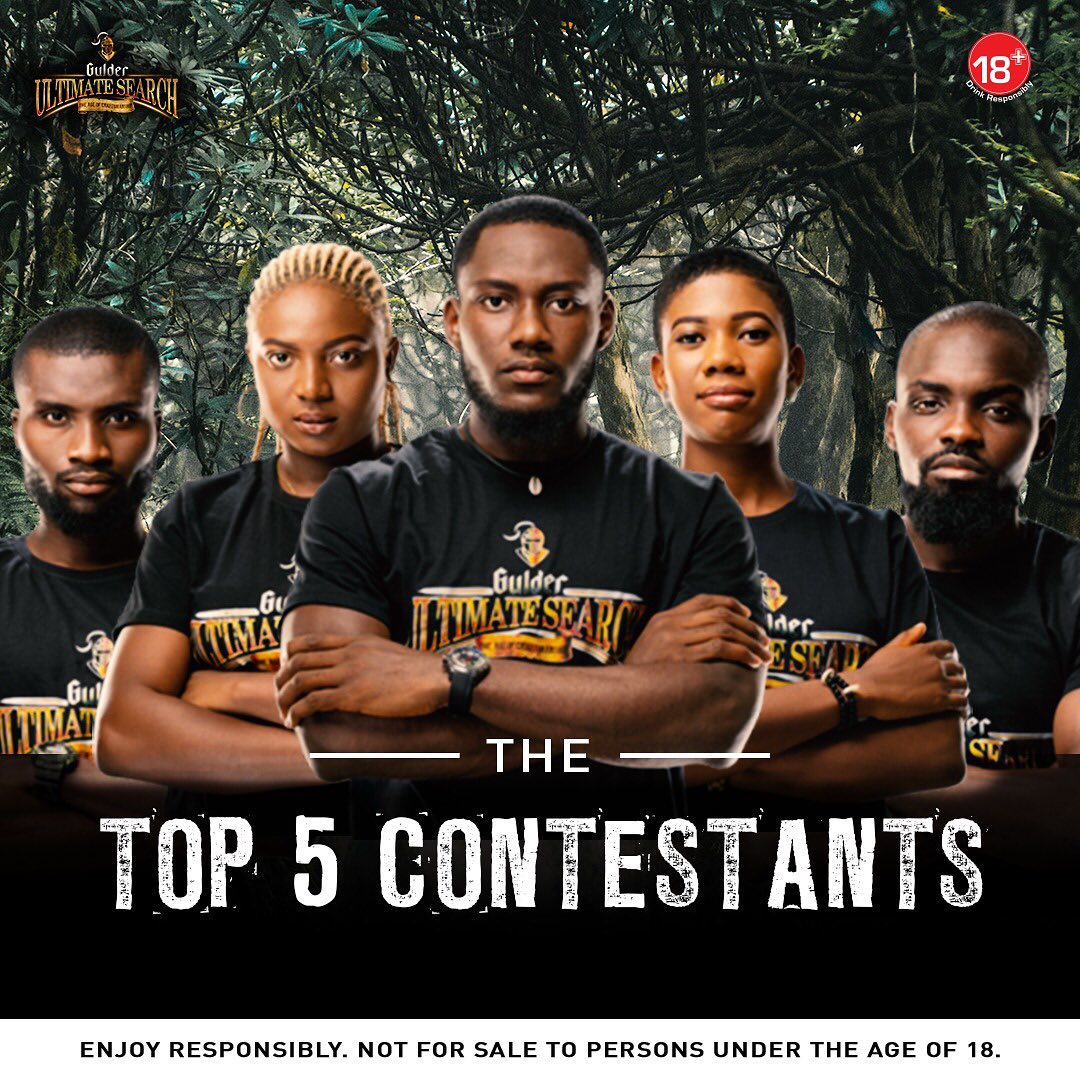 Four more contestants — Jennifer Goodness Okorie, Tosin Michael Emiola, Solomon Iliya Yankari and Esitima Francis Edem — have been evicted from the “Gulder Ultimate Search: The Age Of Craftsmanship” leaving the top 5 contestants to round off the survival reality show.

Hosted by Toke Makinwa with GUS alumnus Kunle Remi, the season began on the 16th of October with 18 contestants grouped into Clan Irin, Clan Amo and Clan Iroko, to compete against themselves and nature in quest of a secret treasure that would offer immediate fame and wealth to the last person standing.

Catch up on the last four episodes below.