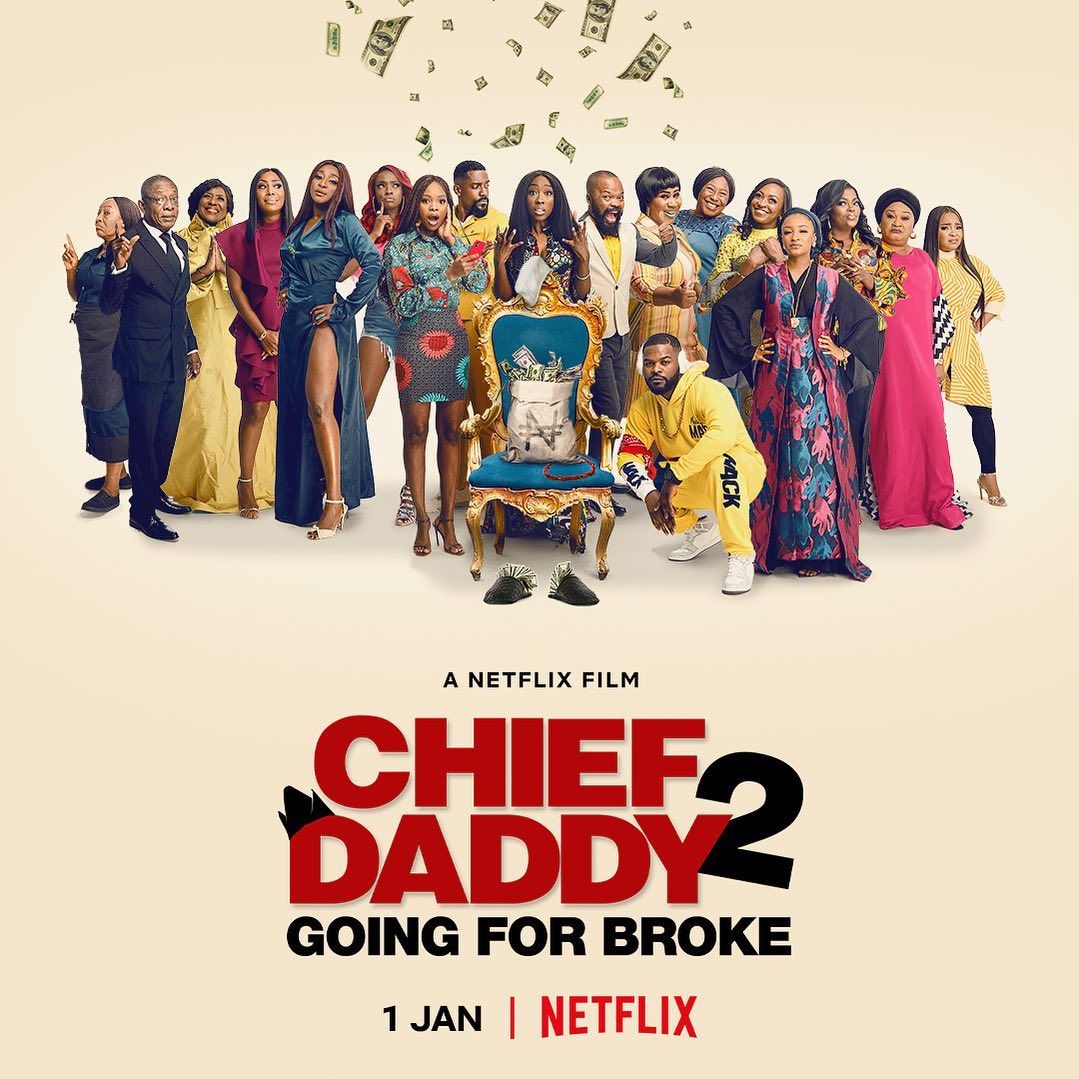 The Beecrofts are returning with more family drama, more secrets, more laughs and even more fun and entertainment in “Chief Daddy 2: Going For Broke” this New Year!

Ebonylife Films has revealed that the much-awaited sequel to the blockbuster movie “Chief Daddy” is coming exclusively to Netflix on the 1st of January 2022.

The comedy-drama which took us behind the scenes and wrapped up filming six months ago was directed by ace filmmaker Niyi Akinmolayan and produced by Ebonylife CEO Mo Abudu.