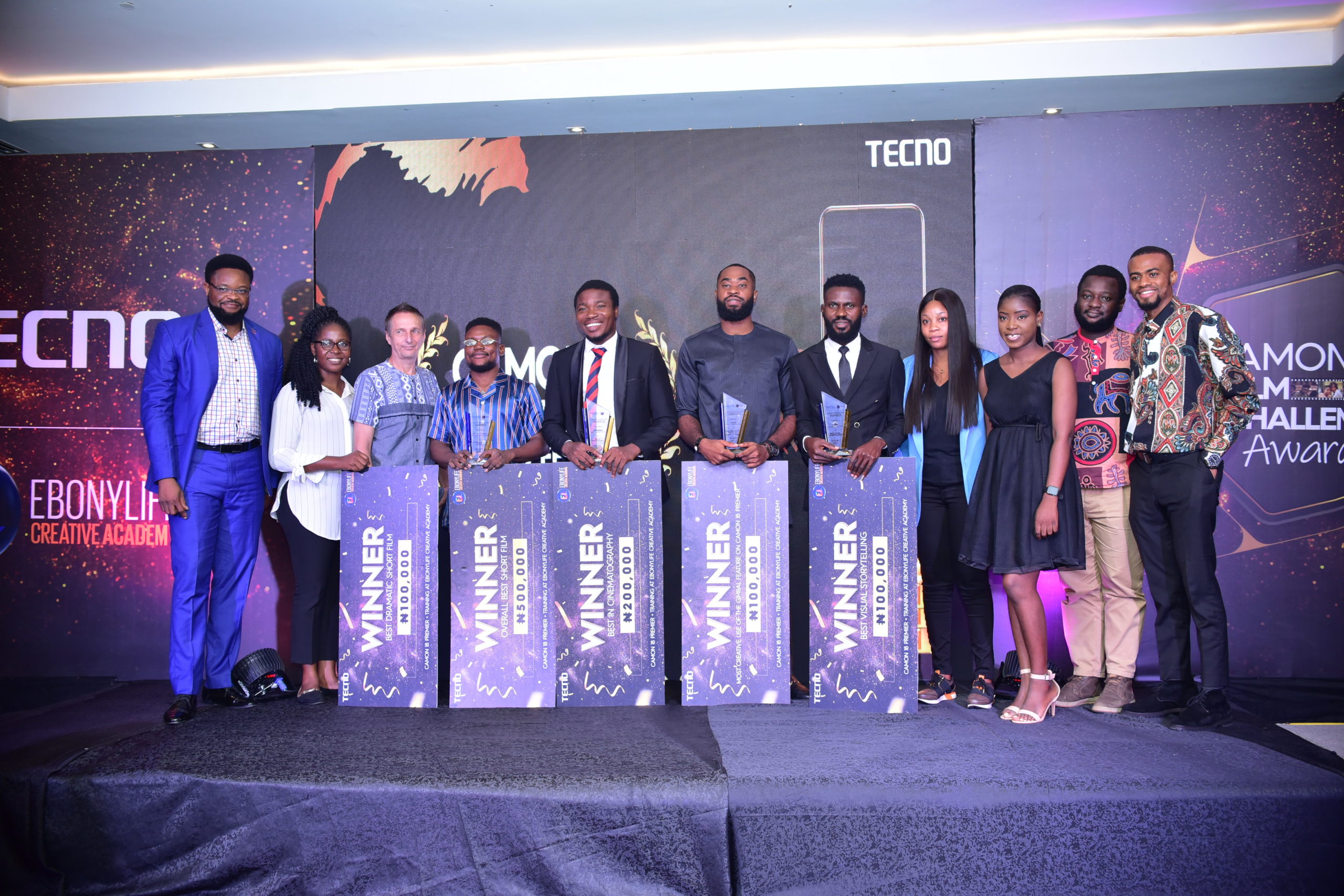 The TECNO CAMON 18 Short Film Challenge has come to an end! The Short Film Challenge, which was the result of a unique partnership between the TECNO and EbonyLife Creative Academy, saw the influx of numerous creatively produced short film entries from young filmmakers in the country. But alas out of the many, just 20 finalists were selected and only 4 took home the prizes at the CAMON 18 Short Film Awards Festival. The Awards festival took place at the prestigious Radisson Blu Hotel, Ikeja, Lagos and it was a breathtaking moment for the contestants and guests. 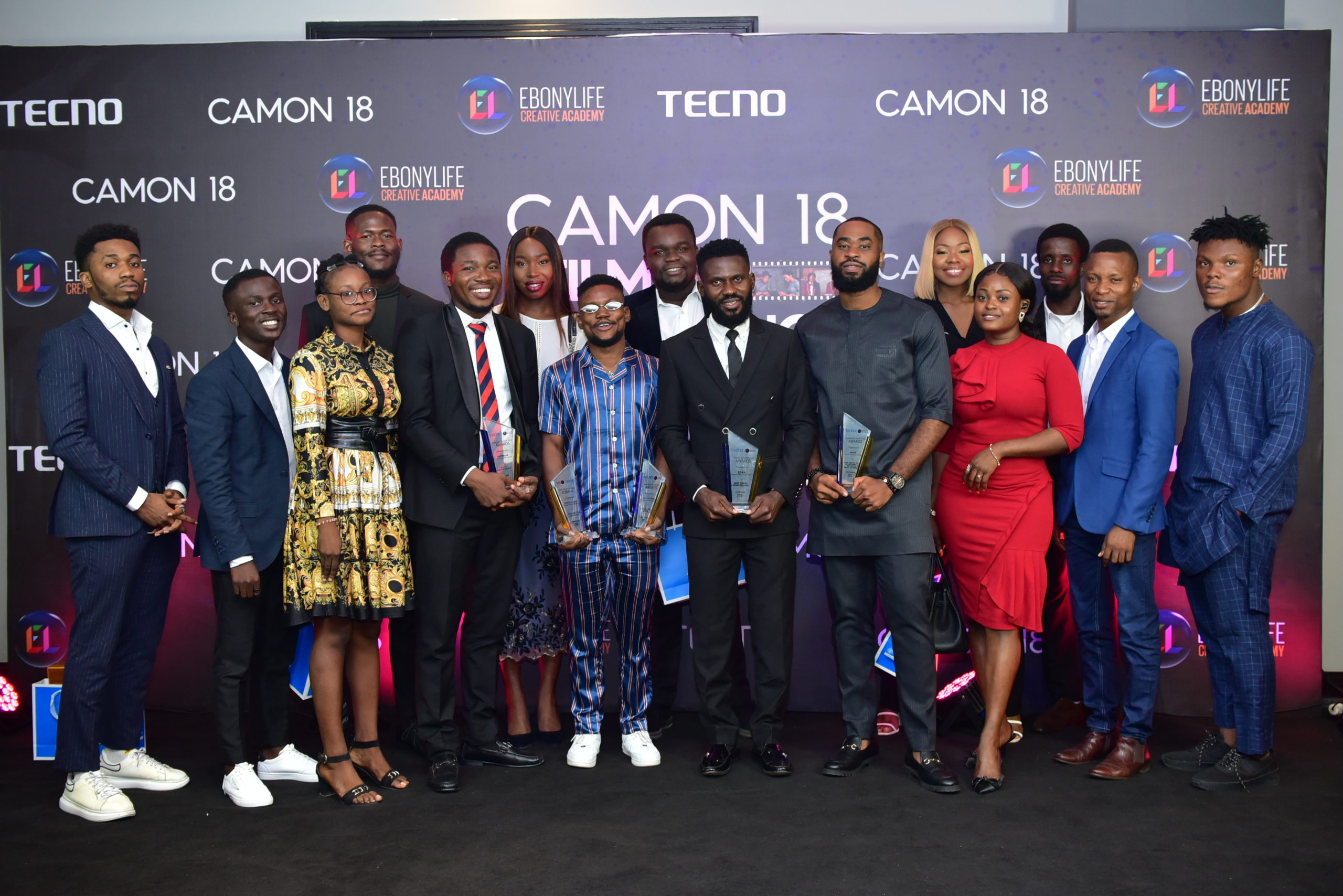 The black-tie event had celebrities, the finalists, brand personnel, media, and other guests in attendance to witness a show that could have rivaled any entertainment awards event. There was excitement in the air as speculations were up as to which of the talents would win the 5 award categories. And with celebrity radio personality and actress, Folu Storms as host, speculations were soon turned to reality with the unveiling of the winners.

“Looking through the room, I can see that the creative industry is indeed filled with numerous talents waiting to creatively present African stories of strength, determination and more, to the world and TECNO is proud to be the brand responsible for making this happen for young filmmakers. We are equally honored to have partnered with the EbonyLife Creative Academy team to guide, screen and basically work together to provide these young filmmakers with this opportunity. The TECNO brand will not stop encouraging the youths to dream and take the steps towards achieving their dreams.” 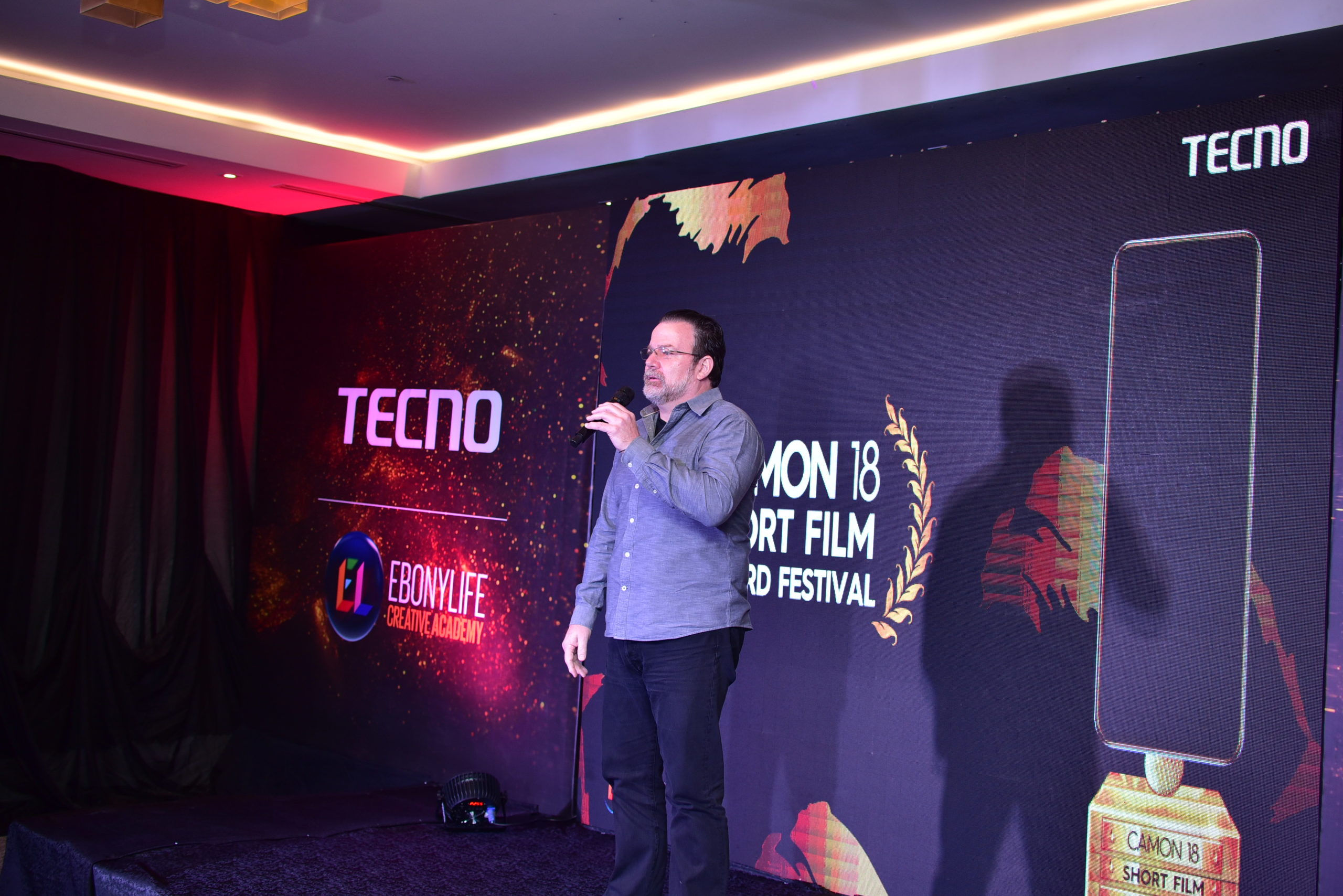 Speaking for EbonyLife Creative Academy, the Head of School, Theart Korsten was elated to be part of the final ceremony and to see the finalists:

“We are beginning to see that mobile filmmaking is the next big thing to happen in the creative industry. We already have some sets of brilliant filmmakers who have mastered the art of storytelling and cinematography. The industry is going to see a huge boom of filmmakers making film with their mobile phones in the next five years and I am happy that brands like TECNO are making devices that would help filmmakers make those dreams come true.” he said. 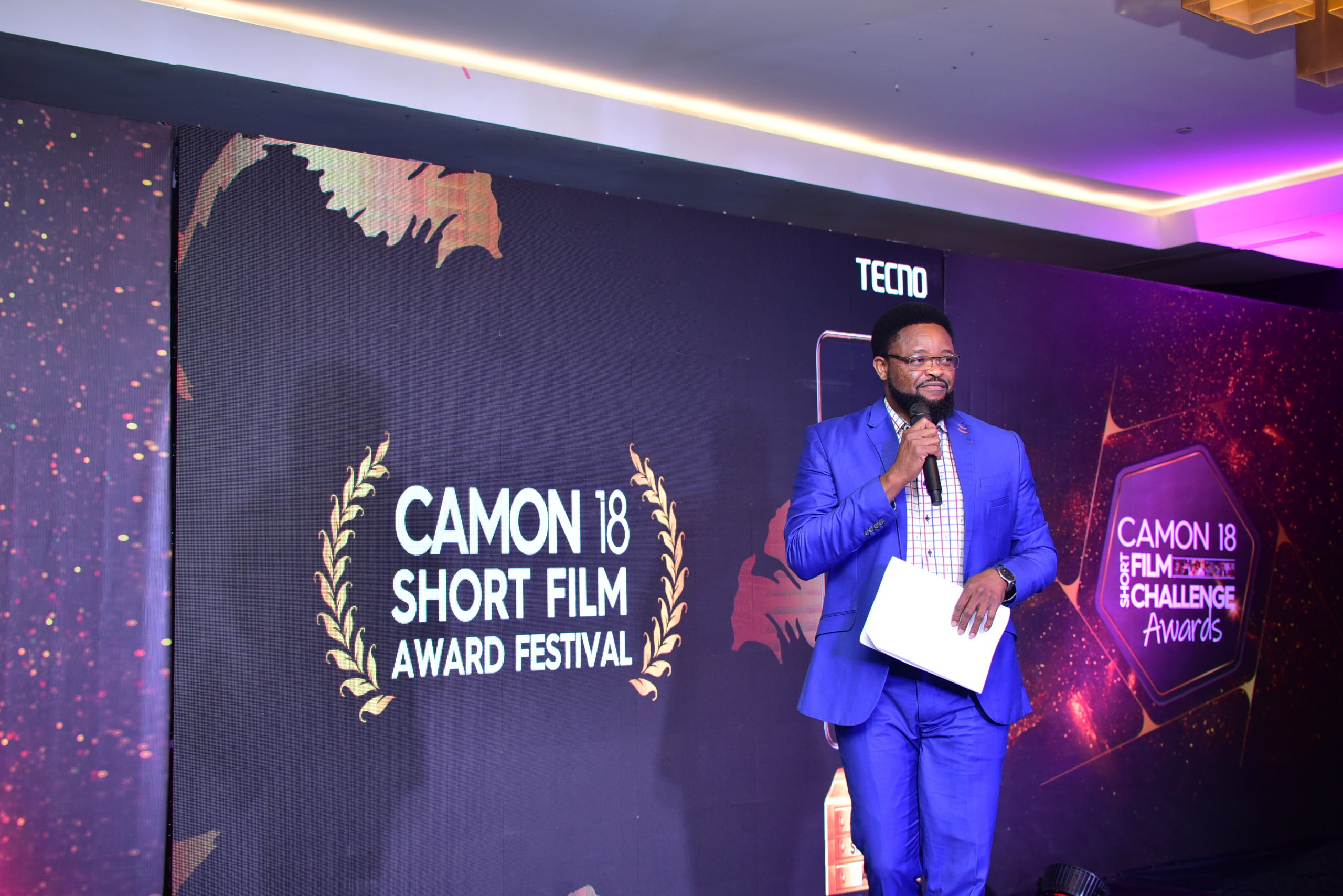 The Short Film Challenge promised cash and gift prizes as well as training opportunities with the EbonyLife Creative Academy to winners of the competition. It was a tough call, whittling down the extraordinary short film entries from the 20 finalists.

After all, was said and done, 4 winners emerged from a total of 5 categories, as Yinusa Korede smiled home with the grand prize of N500,000 for winning the Overall Best Short Film in his work, Flesh, and Spirit. See the full list of winners below:

Most Creative Use of CAMON 18 Premier’s Gimbal: Chimereogo Nwoke – Muna

With TECNO, there’s always a surprise lurking in the corner. Just as the fun was thought to be over, the brand unveiled an ambassador for the CAMON smartphone series and it’s no other than BBNaija Season 6 winner, Whitemoney, who sent a shout out to the CAMON 18 Short Filmmakers, congratulating them for their unique talents. The excitement and buzz around this unveiling are high as we cannot wait to see what TECNO and Whitemoney will be cooking up for fans.

The CAMON 18 Short Film Challenge ended on a high note with dining, music, networking amongst creative minds present at the Awards Festival. The event was indeed one to contend with and we are so glad that TECNO did this for the young, talented, and ambitious. Will there be a competition such as this next year? You’ll just have to wait and see! 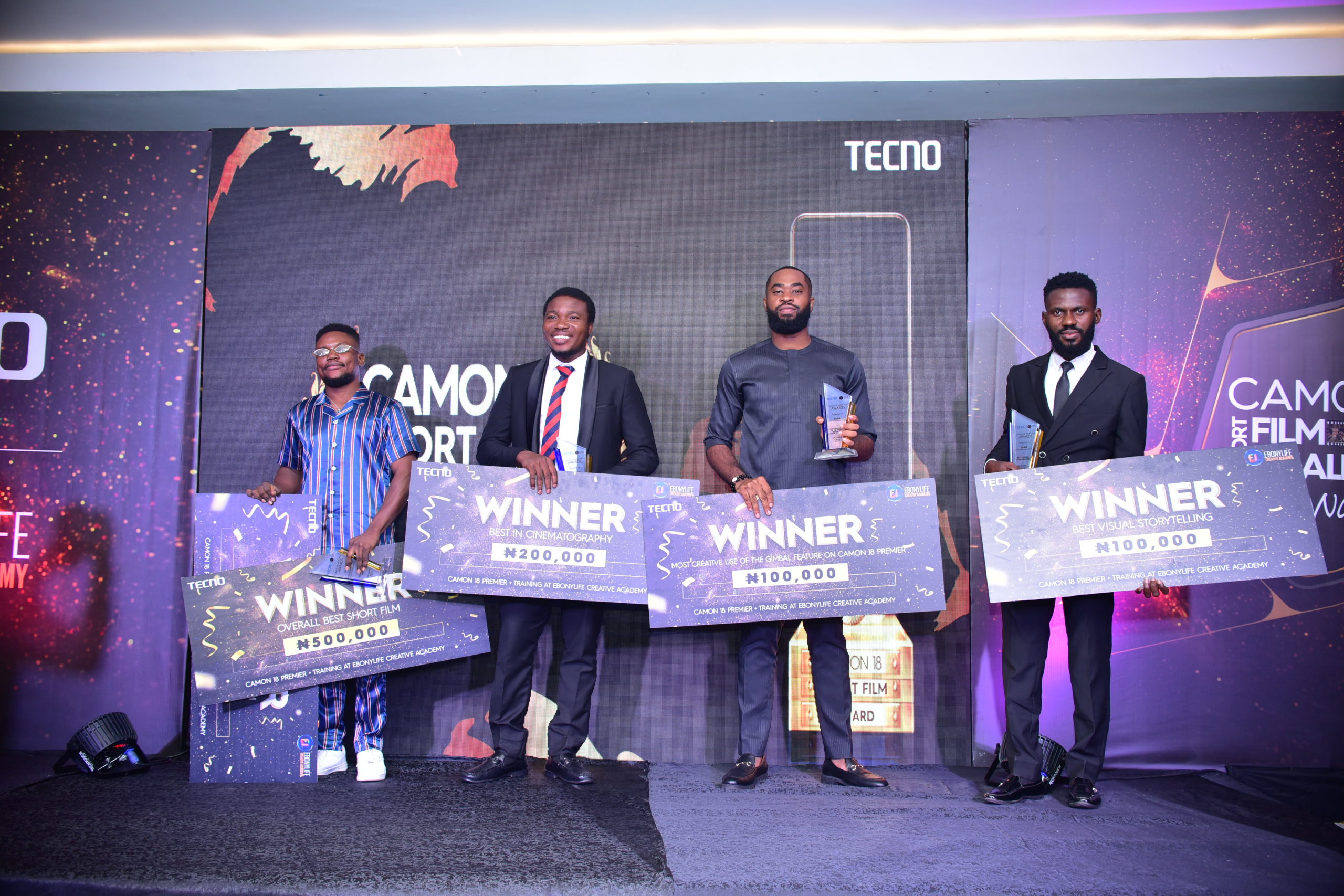 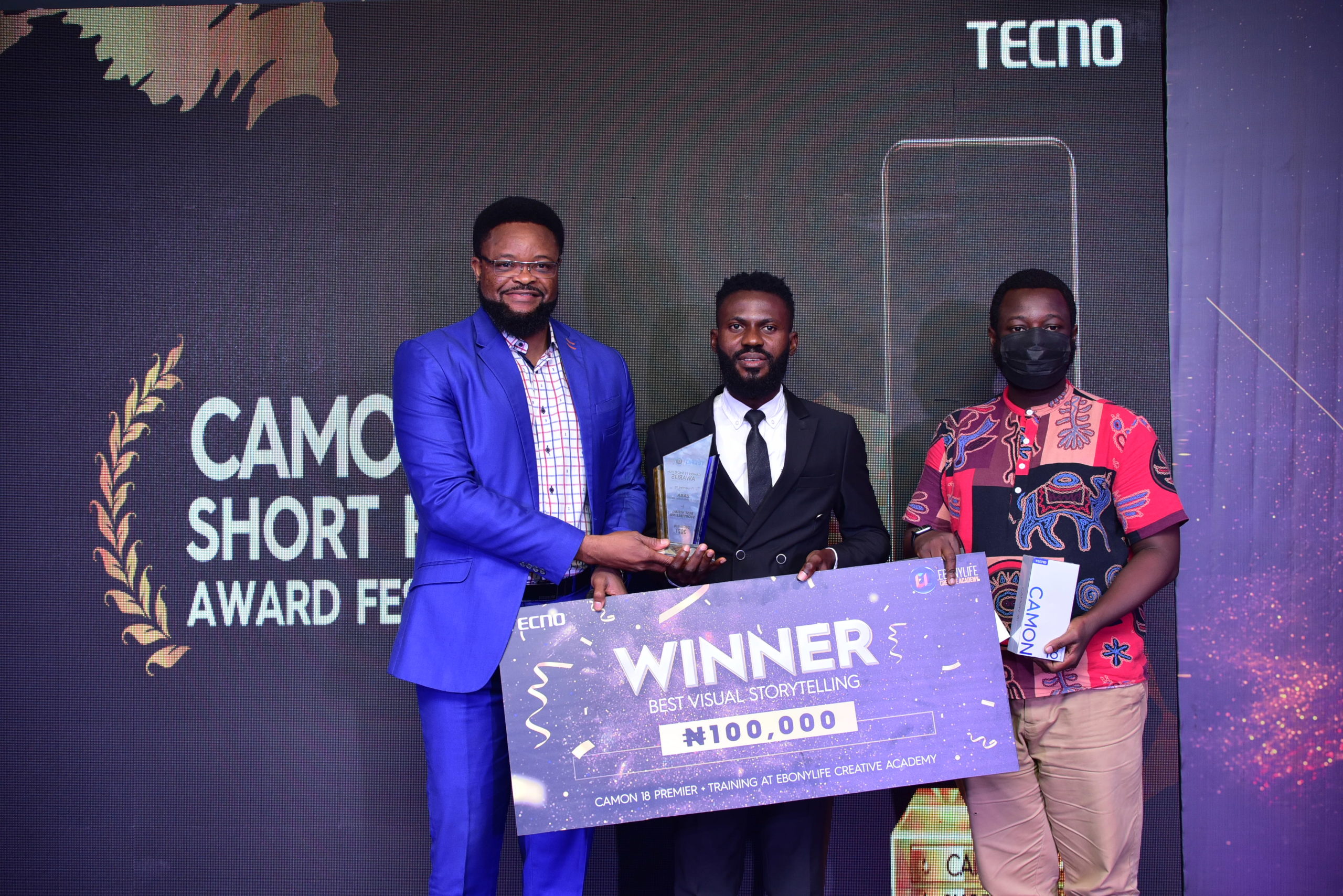 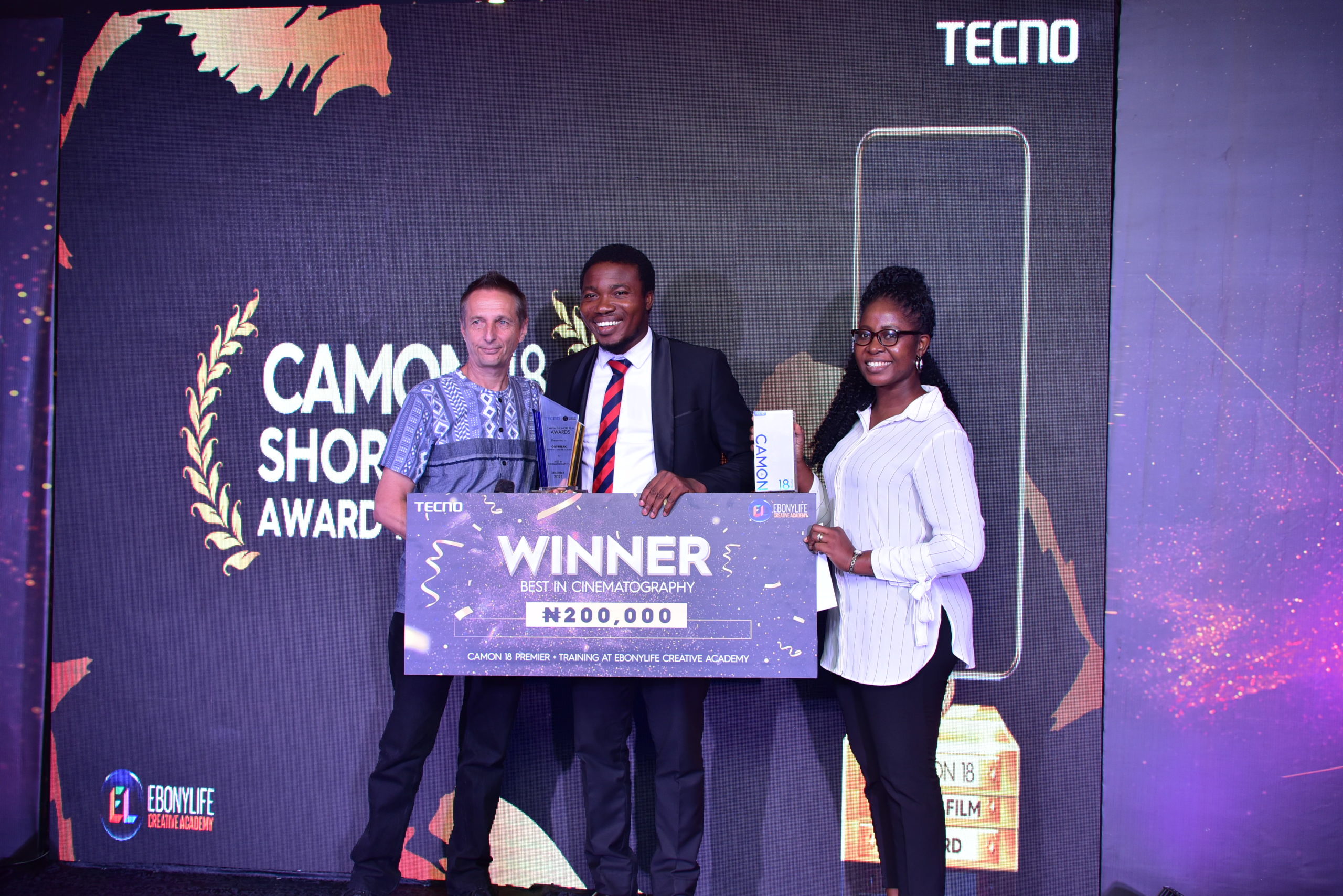 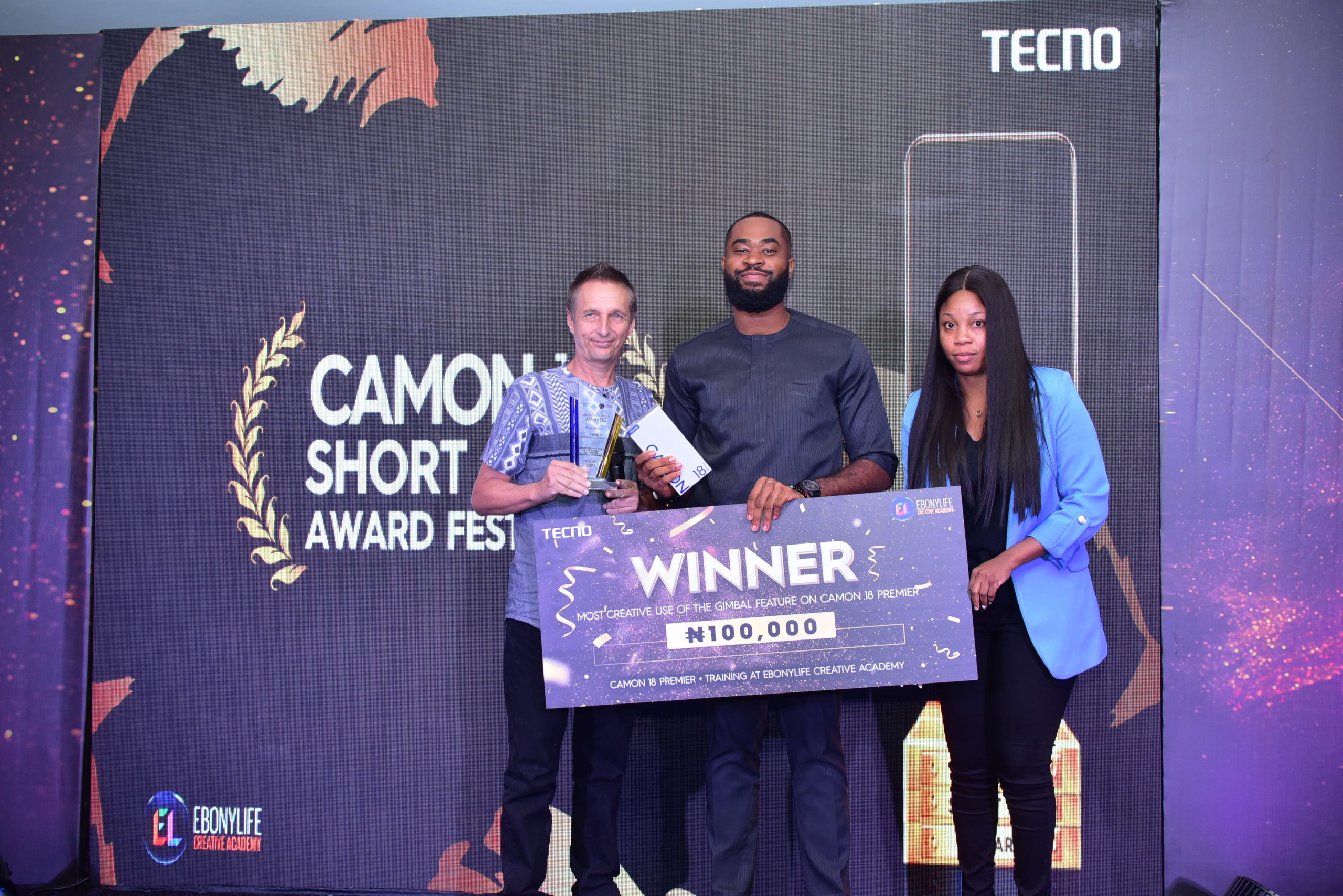 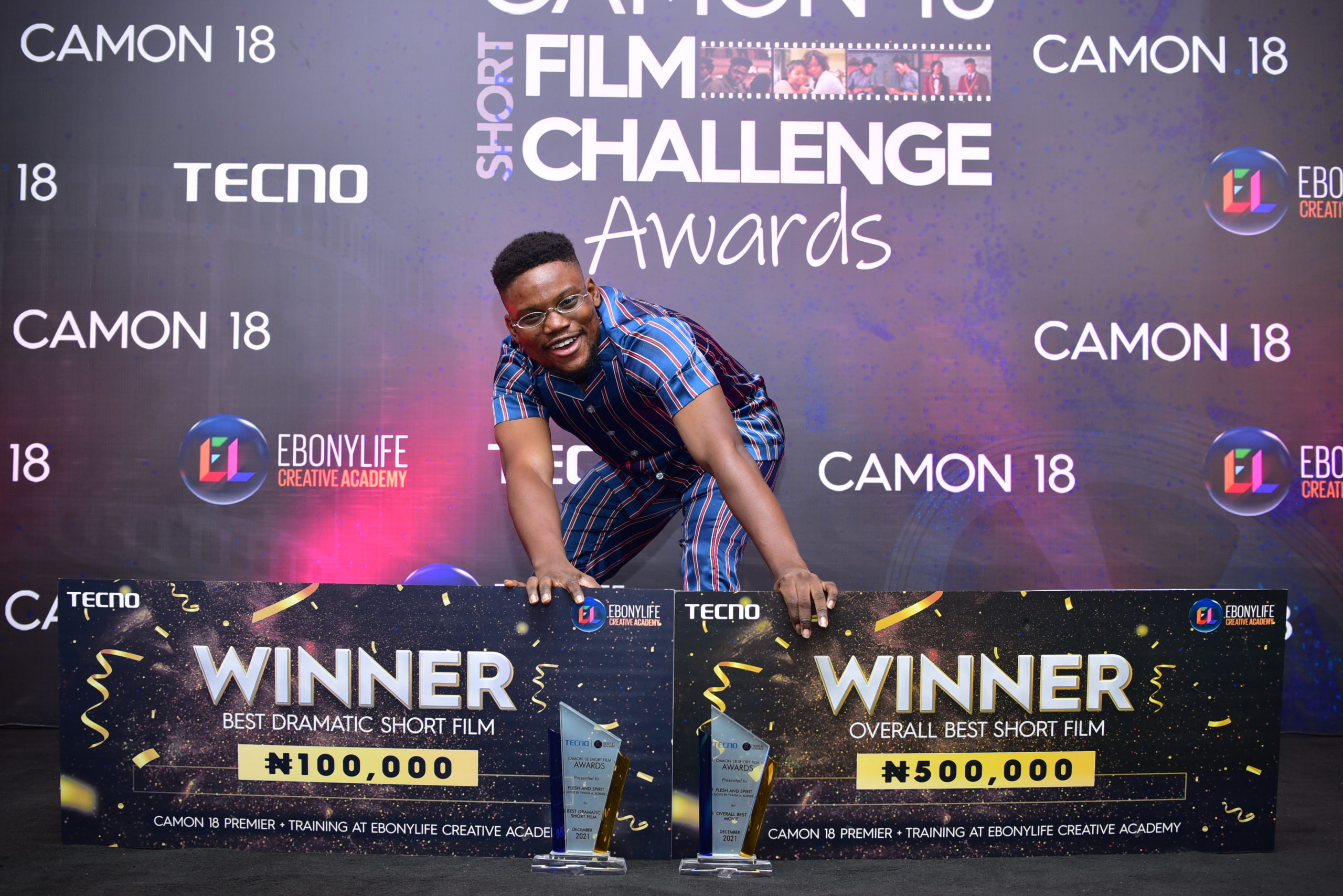 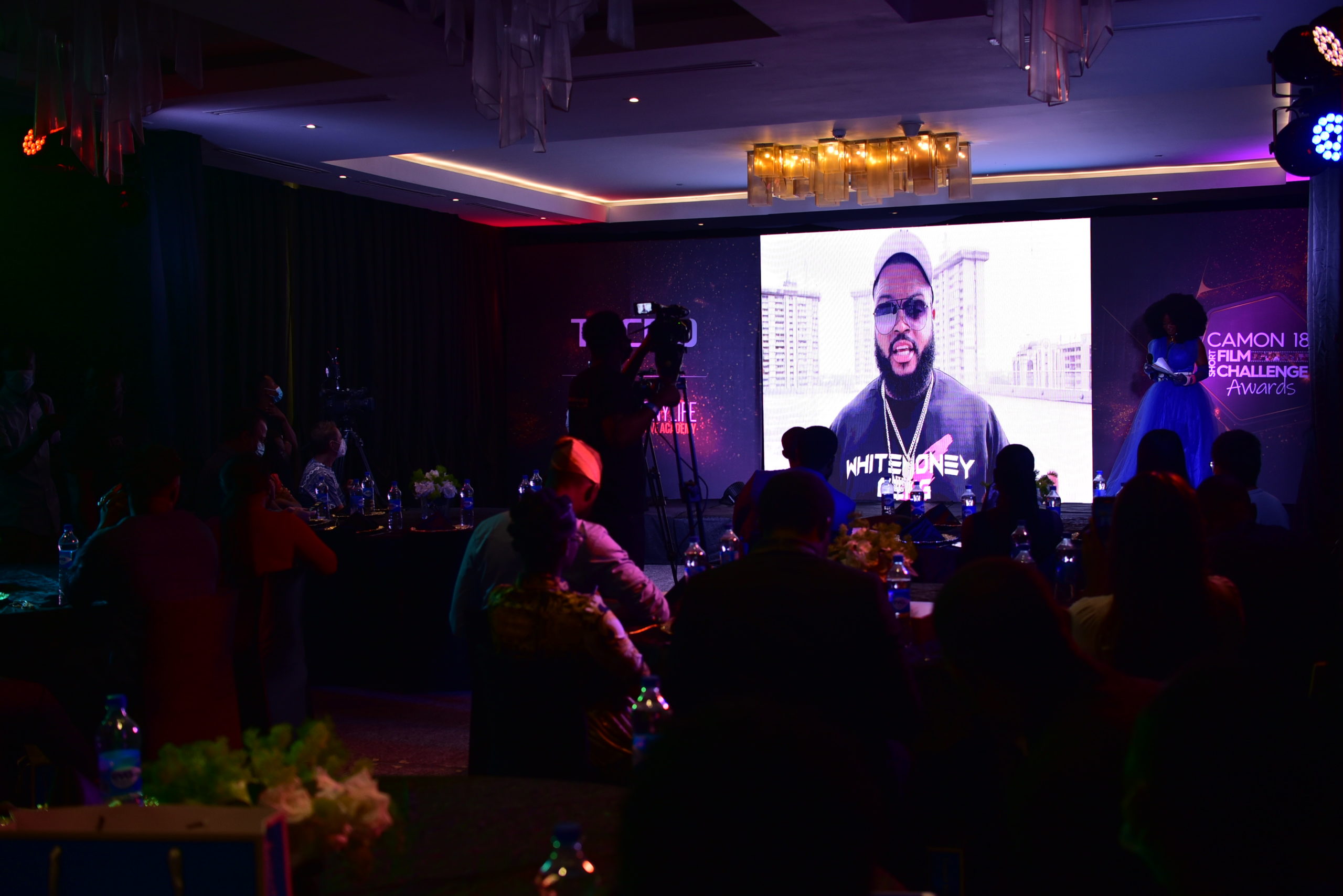 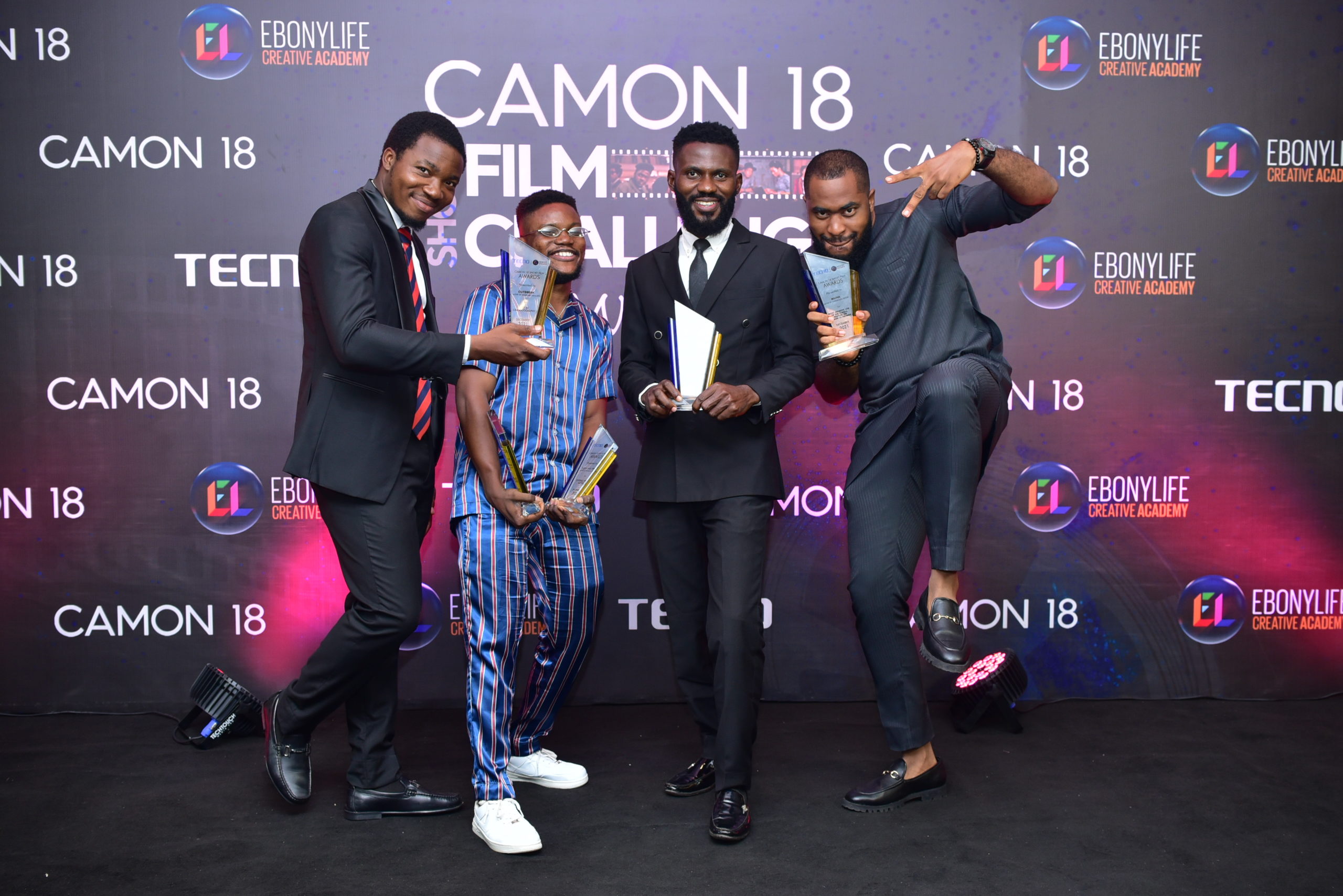