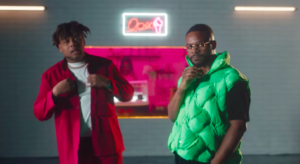 The new single, “Ice Cream,” is Falz’s second release of the year, after the amapiano collaboration “Oga.” It is also a stepping stone to his next project, which will be released before the end of the year.